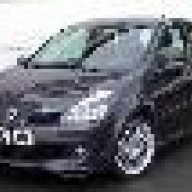 sorry for delay the older side shots were at night or the car was dirty.. so here is a cleaned pic of my 172 on Koni Adjustables (shortend shocks) + supplied 30mm springs.

its got two new toyo proxes TS-1s on the front (as mentioned last week that i needed some tyres.. thanks for the mytyres.co.uk advise ! who ever that was)

i have one more bonus shot..

im pleased with the handling although on rough roads its tiresome and feels like your teeth may fall out but to be fair im talking really rough northern B roads here.. not your modern b roads that the rest of civilisation gets
E

Car looks great, can i ask what colour were the springs supplied with your Koni kit. I had Yellow Apex ones and the car sat so low it was touching the wheel arch liners. I had to take it off. I have since been told that it luck of the draw which springs you get...!

Let me know as im really interested as i want to get the kit.


Car looks great, can i ask what colour were the springs supplied with your Koni kit. I had Yellow Apex ones and the car sat so low it was touching the wheel arch liners. I had to take it off. I have since been told that it luck of the draw which springs you get...!

Let me know as im really interested as i want to get the kit.

the colour of the springs are Red. apart from a bit of initial paranoia when i thought it was scrubbing for the first mile over a few speed bumps since then i havent been able to hit the arches since. i run it on its lowest setting so as to retain ome ride comfort although my bro is really interested in the higher settings and has convinced me to play around this weekend. Its really hard at first but not actually uncomfortable probably due to the great seats in the 172. i have noticed though after a few hundred miles the setup eases off a bit and doesnt hammer you over speed bumps like when i had just the eibach prolines on. its settled down to add more comfort must have been really tight when new but its nigh on perfect now.

one word. im not sure if because the understeer is reduced that the outside of the tyre is getting more wear my tyres were needing a replacement anyway but i was shocked at how much tread had vanished i have been trying the kit out though .

just to add.. do you want the link of where i got them from and which make on the list. i can dig a link out of my email invoice
Click to expand...

Please would be great as i have been told Apex lower the most but it caused a problem on my car.

One last thing on the rear dampers did you get new rubber topmounts and washers as i also noticed the Koni ones (damper rods)were bigger than the renault ones and would not fit.

Your help would be great as im have real problems.

yea i got rubber top mounts + the shocks are shortened on mine i belive. im @ work at the mo but at some point either today or tommorow il get you the link and point out the items.. maybe you could ask for the red springs specifically when ordering.
E

Nice one. If you could get the link id really appreciate it.

Evo Gone this is where i got mine from and its the same page aswell so same kit as mine... dunno if its worth investigating the coilover koni kits or other kits on this website as they seem to have good prices. its just i couldnt stretch to coilovers or i probably would have. still im happy with what i have.

err.. heres another piccy for you also..