Especially on this real apparences :

- In France we 'll have 2 models : A classic RS and a "Gordini" (same engine but differents equipements more sport and lighter for the Gordini I suppose)


The last pictures and real photos 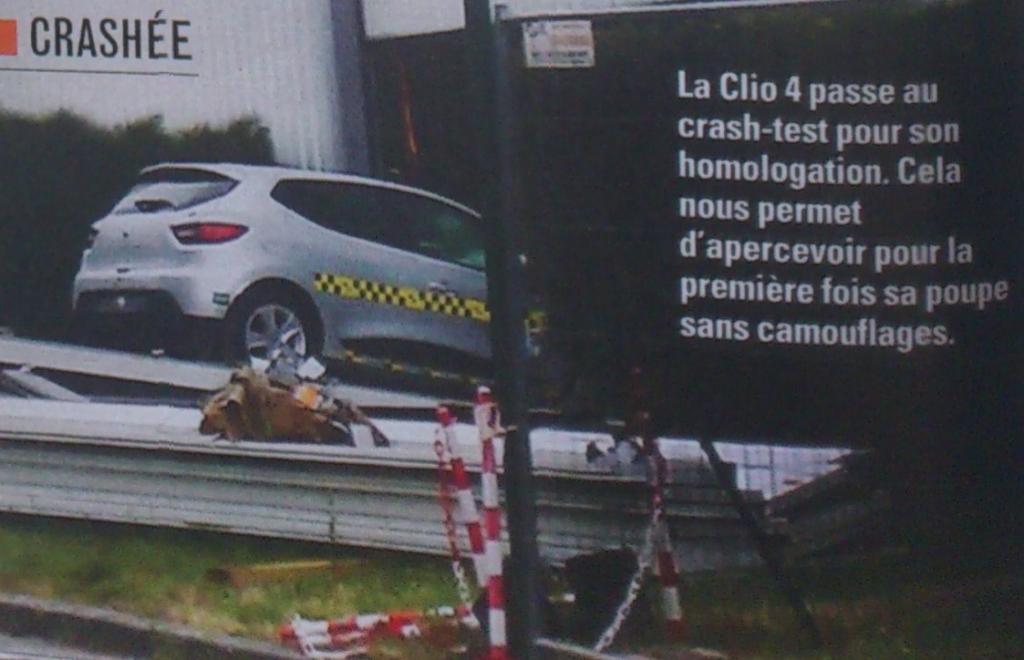 To be continued...
I

Cup 172. <3
Renault can keep that, just looks like everything else.

Surely it can't be an RS?
S

lol... sounds just like when the 200 came out, everybody will want one in a few years!! Will be tweeked a lot yet if it happens!

SQ5
That will not be the RS one pictured

Its going to be an identical shell to the base model. Whereas the 197/200 were a different shell (wider rear arches) the new Mk4 RS will be a standard shell.

Just what I thought when I saw the pics!

Hopefully that won't be the case.

I'm sure it'll look a lot different to the base models. Renault are good at doing that. Hopefully.

I'm sure it'll look a lot different to the base models. Renault are good at doing that. Hopefully.
Click to expand...

I hope too, cross the fingers mates !!

The wizzards of Renault Sport (who usually take a real engine Renault and boost this) worked on an engine Nissan (don't forget than Nissan belong to Renault in the Alliance ^^), this which is mounted on the Nissan Juke 190hp

Hum with 300 at 400kg less than a Nissan Juke for the Clio 4RS, the Clio 4RS can to be a real "small rocket" finally deserving of a great Chassis ^^

do not like that at all. resembles the new astra at the front tbh.

also its just been ruined making it a 5 door :dapprove:

i would actually pay someone to make it into a 3 door, caged and tunned up off its tits

Looks great IMO. You can't even see the back doors they're moulded into the back pillars like the Leon's. I bet in 2 years time you all have the hard on for Clio 4!


plymcl172 said:
Horrible car loks like all the rest !

ON A CLIO RS, like I said because dont forget the Megane 2 RS 5 doors ^^


SBV116 said:
lol... sounds just like when the 200 came out, everybody will want one in a few years!! Will be tweeked a lot yet if it happens!
Click to expand...

Nearly everyone hates change to start with.

So no confirmed pictures of the Renaultsport model but everyone hates it anyway?


Roy Munson said:
So no confirmed pictures of the Renaultsport model but everyone hates it anyway?
Click to expand...

Of course, it's the Internetz you know.

If you look the 1st photo in my first message in the top you see a REAL photo of the rear of the Clio 4 on a French cars Magazine even if it is not one RS : Clio 4 going for the crast-tests and its "homologation" on the roads...

lol remember the hate for this...

now what are you all driving!!

i like it, and i think 5 door will be good, it can have 10 doors for all i care as long as it looks good then who cares?
M

I'm looking forward to the 197/200 being proclaimed the last of the old-school hatches.

and all the hatters bitching about them ditching the 1.6t for an electric motor and missing the high revving 1.6t!!
S

Can't wait for the new Clio rs. About time Renault drove the co2 down, increase mpg and went turbo power. Plus it will weigh less.

5 door doesn't bother me one bit. Leon Cupra was a good looking car back in the day.

I hope you can get heated seats! May wll consider getting one!

I always liked the 197, even the red concept above.

I always hated the 200, that still stands.

The last old-school hatch was the original Astra GTE. Or the Lotus Sunbeam.

For the "Goodwood Festival of Speed" (in the west of London no ?), Renault, VIP Partner of this Festival, to celebrate its 110 years old and all its succes and great engines will come with more famous cars of its long History like for exemples :
The type K winner in 1902 of the race Paris-Vienna (Austria) with the 1st engine 4 cylinders made in Renault, the Viva Grand Sport of 1935, the Alpine A110, the Mégane RS, the Clio RS, the Renault Maxi 5 turbo, differents Formule 1, the most famous F1 RS01 & RE40 for examples, the Renault Alpine A443, the Megane Trophy, etc.. but also the ... little city electric car ZOE (LOL ^^)

And for this festival Renault announced a very big surprise !!!

We suppose several possibilities in France :


1st- One year before the normal announce, Renault will present the new CLIO 4 RS !!! ^^

--> b) Another new MRS3 more powerfull than the a) which would take the official famous name of ALPINE with 300hp and 440nm of torque (a link on this new in a French website --> http://www.turbauto.fr/la-renault-megane-3-rs-avec-275-et-300ch-pourquoi-pas/)

3rd- FINALLY since the WW2 this Festival will show the return of a French builder in the category of the real commercial big Luxe & SuperCar (dont forget mates that until the beginning of the WW2 the French builders were the leaders of this category of the Sport Supercars far above all the others countries) and Renault could announced a king of a Super "LAGUNA RS" in the style of the AMG for Mercedes or the RS4 for Audi with 450 at 500hp and 4x4 or RWD !!!

Soory but I dont understand your question ^^

You dont know the famous Sport builder ALPINE in the UK ?

For information the factory of Renault Sport based in the city of DIEPPE in the North of France is the old ancien factory of ... ALPINE

Renault Sport is even the descendant of Alpine ;-)

Soory but I dont understand your question ^^

You dont know the famous Sport builder ALPINE in the UK ?

For information the factory of Renault Sport based in the city of DIEPPE in the North of France is the old ancien factory of ... ALPINE

Renault Sport is even the descendant of Alpine ;-)

And really the full name of Renault-Sport is RENAULT-SPORT-ALPINE
Click to expand...

I was thinking they might bring/announce news on this

For a V6 Clio it is not possible because Renault will never build an engine V6 in the future and the last V6 of Renault is this of the last Clio 2 V6 :-(

The FoS is not the kind of place where a manufacturer would show off its shopping car.

If Renault are showing something, it will likely be the Alpine.

Renault take advantage of the FoS to begin to celebrate its 110 years of success in the car-racing competitions (the final will be the next summer 2013 in France with the Super Giant world rendez-vous on the track of Montlery in the South of Paris, I will be there with my Clio 2 RS1 and you ? ) and it is Renault who announced say a very big surprise to all his fans around the world during this Fos in London, not me ^^

I may get one with the four doors, great for the kids.


leeds_182 said:
I may get one with the four doors, great for the kids.

The RenaultSport model wont be announced until after the base models have been out for a while, all this speculation is pointless this far in advance.

I'm sure it'll be a great car... it's Renaultsport.


Christopher said:
I'm sure it'll be a great car... it's Renaultsport.
Click to expand...