Just the right amount of clios?


I think he might be overdoing it a touch on the clio front, he reckons not? 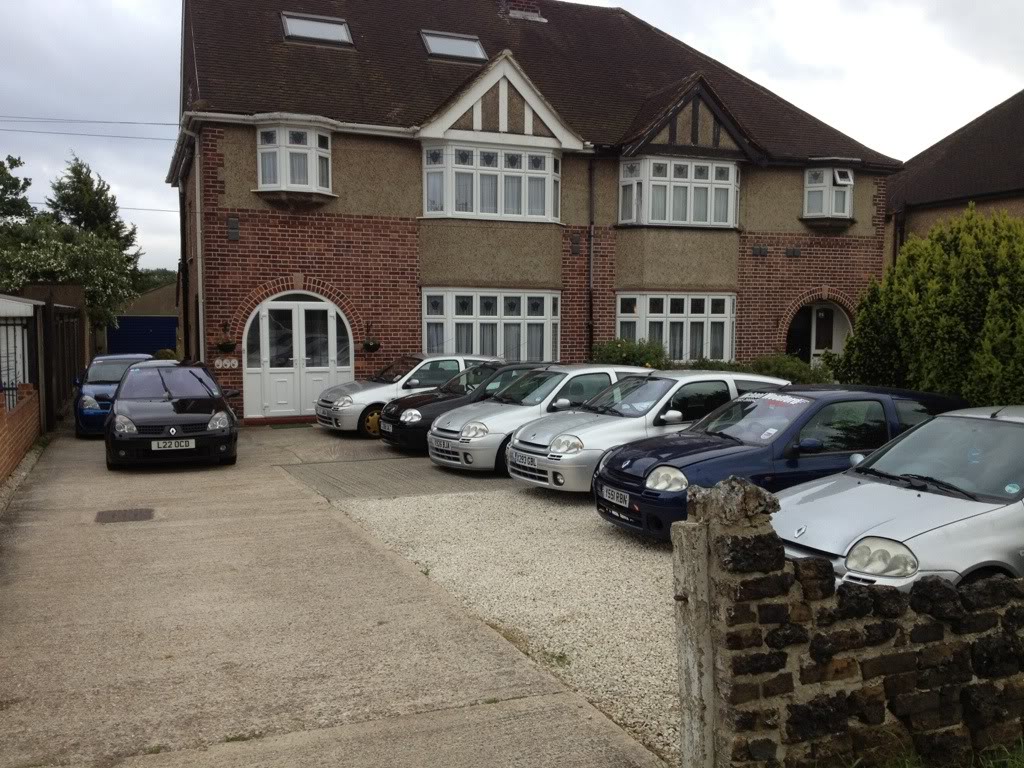 big boost cup
Lol why so many

Except that one is Chips and not mikes....
A

Golf GTD
Who has more? Mike or Daniel?

Lol I will take the Odyssey, thanks.
A

Blue Shed
One for every day of the week. Baller.
D

How many are runners?

ClioSport Admin
Octavia vRS Wagon
Lol! It must be a right ball ache getting the right key on a morning! Or do you think it's pot luck?
G

BG 182
One for every day of the week, and one for the missus?

If the alarm went off during the night imagine the panic getting the right key.
M

ClioSport Club Member
MK1DTi/DS3/vivaro
he must love titanium ph1's!! some right minters by the looks of it.

182/RS2/ Turbo/Mk1
Four phase ones are his, one is his brothers, the black two are mine and my mrs (mine is phase1 turbo hers is rs2 phase2) and one is there having some work done.

The odyssey is his forced induction project which he was originally going to supercharge but after playing clio turbos for a bit he is now turboing that one, it's got a forged engine but not finished yet so isn't a runner, his brothers phase1 is getting turbo'd and two phase ones are cammed.

So only one that's staying standard. Lol

ClioSport Club Member
172, Golf PD130
He could fit a few more Clios on his drive, so it's not an obsession untill he's ran out of space and can't cope anymore.

Can I have one? lol
S

225 Cup & Williams
Lol love it. Nearly as good as the pic I seen of matt browns garden.
C

182/RS2/ Turbo/Mk1
Matt always has loads of them but they are always all for breaking not driving.

B
Clio V6 Mk1 and a famous bridge

Value on a 182 Trophy - Potentially needs an engine.