ClioSport Club Member
Mk1 Audi TT 3.2 V6
So the laptop at home is getting old as f**k and really slow. Toshiba Satellite L300. I think it was bought in 2009.

The battery is on it's last legs and the specs are a whopping 2gb of RAM and a 160gb hard drive. It's still running Windows Vista

Rather than splurge out on a new one, I wondered whether I could just chuck a couple of upgrades in. A new battery is about £15. Maybe up the RAM to 4gb and put a SSD in at say 500gb? It literally gets used for Sandra surfing the web and downloading virus' whilst viewing spiritial web pages etc. We don't really store films and music on it.

@YorkshireKyle you're an IT nerd aren't you?

ClioSport Club Member
Titanium 182
Buy a used one off @Perrinho

JamesBryan said:
Buy a used one off @Perrinho
Click to expand...

Depends if you can still get that RAM, it'll be old stuff now.

ClioSport Club Member
Civic
So what you need is

It's just whether your CPU and mobo will hack it

YorkshireKyle said:
And your RAM might even be DDR2 SODIMM which is definitely less than £5 for a 4GB stick

It's just whether your CPU and mobo will hack it
Click to expand...

How do I find out what it's running? The sticker on the front says Intel Celeron

Cookson said:
How do I find out what it's running? The sticker on the front says Intel Celeron
Click to expand...

Task manager will tell you.

and if you click on Memory it'll tell you what RAM you have. 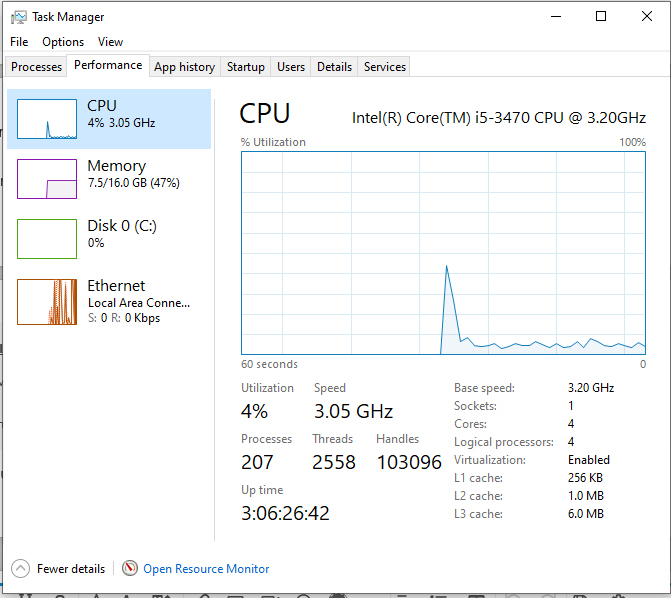 YorkshireKyle said:
Or just type 'dxdiag' and it will tell you everything you need to know
Click to expand...

I've got a feeling that would end the same was as @thekopistop asking @Bubbles for nudes. A crash harder than Wall Street in 1929

YorkshireKyle said:
Or just type 'dxdiag' and it will tell you everything you need to know
Click to expand...

Forgot about that one.

ClioSport Club Member
Just been having a clear out and found some laptop memory that I no longer need, same as in the link below. If it's anygood to you, just PM me your address and I'll send it to you.

ClioSport Club Member
Mk1 Audi TT 3.2 V6
Update on this, I was going to sort the laptop and decided the one from Perrinho would probably be better. However, due to the apocalypse, I assume he has been mad busy. So I've set up my older tower to work from home and brought a spare screen home from work. At first, it would not even recognize the screen despite being plugged in (one DVI, one VGA), and I put that down to the crappy onboard graphics card. I installed the updated driver for it and it started working and sees both screens. Awesome.

However, after around an hour of working remotely through the VPN at work and having youtube on the other screen, it does this s**t. 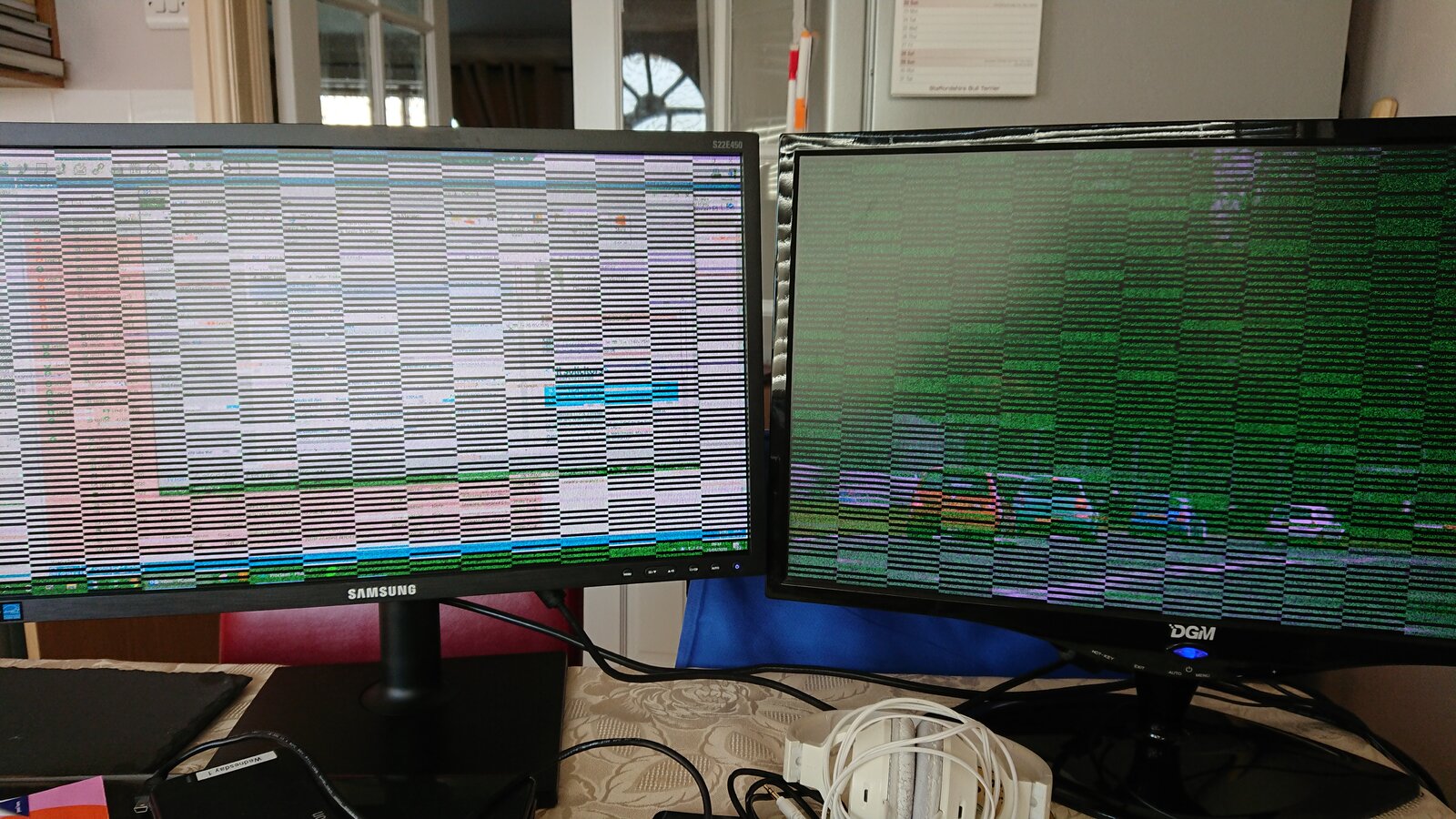 I guess it's being overloaded then and I need a better graphics card in there? Can anyone recommend anything that isn't going to bust the bank? I assume it goes in the blue slot? 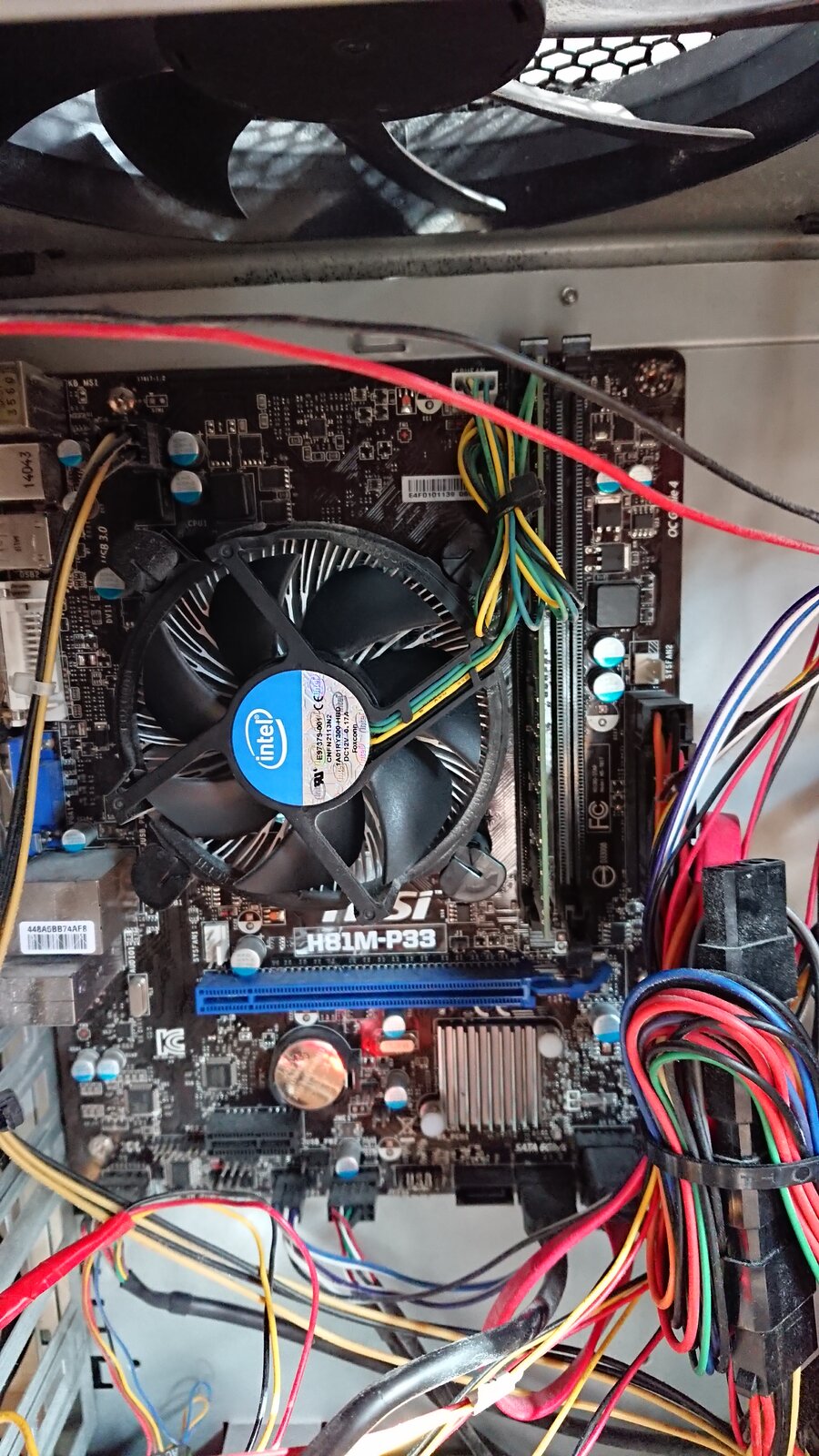 May as well chuck some more DDR3 in there whilst I have the cover off eh? 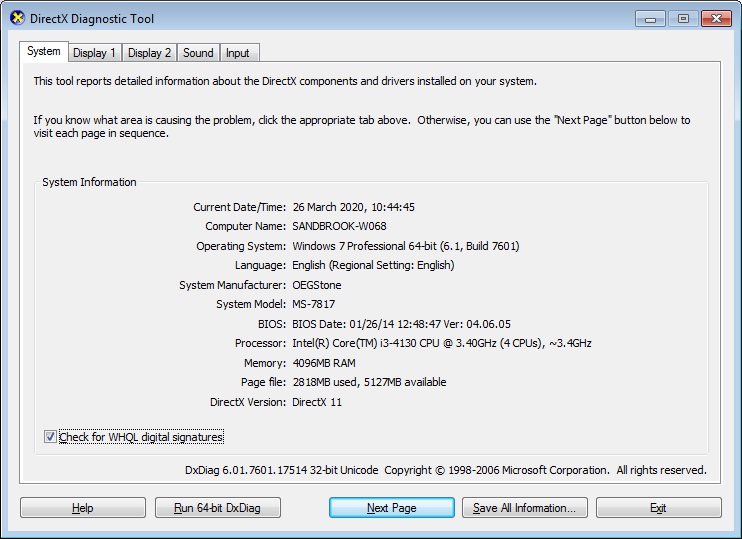 ClioSport Club Member
Mk1 Audi TT 3.2 V6
Would something like this work?

ClioSport Club Member
Meg 175 & Monaco 172
If you can get some more DDR3 then get some mate. Make sure it matches the size speed of the other as DIMM's need to be matched

YorkshireKyle said:
If you can get some more DDR3 then get some mate. Make sure it matches the size speed of the other as DIMM's need to be matched

I might have a a few old GPU's about that might work mate nothing special but will easily push out to a few screens and have 1 HDMI output
Click to expand...

ClioSport Club Member
Mk1 Audi TT 3.2 V6
LOL. Didn't know if it was something else I was missing. I'm not exactly Steve Jobs