Clio 182
The MSA have listed a new competition tyre ...... Extreme VR2 - which I believe is made in Poland?
The tread pattern looks similar to the AR1 but the new VR2 comes in three different compounds (soft, medium or hard) which might make it a good option for competition use.

Has anybody tried them?
http://extreme-tyres.com/en/tyres/

ClioSport Club Member
Goldmember
Wow, retreads for rally and drift use? Bit random, wonder what the base carcass is. If it varies then there could be a fair bit of inconsistency between tyres I'd have thought.

Would be interesting to see some feedback on them though.

Clio 182
I have been told there is a UK supplier on Facebook. I'm not a Facebook user so I haven't checked.
Yes, they are re - manufactured but I don't think that's a problem: the Maxsport RB5 is the same and most of the front runners in the ASWMC speed championship used the soft compound RB5.

I guess a lot of it will be down to price and availability?

ClioSport Club Member
Clio 172 Merc ML55
They're produced in Germany for a Polish company, using British rubber, they're produced by the company that was shown on one of the wheeler dealer episodes (green and orange panda 4x4)

I know this because my neighbour is one of the directors for the rubber company, based in Lydney Glos, I've been given the option to try some but don't know if i want to risk them to be honest
C

Clio 182
With so many good tyres and a massive variety out there why would anyone even consider a remould.

car.crash said:
With so many good tyres and a massive variety out there why would anyone even consider a remould.
Click to expand...

The Motorsports Authority (MSA) authorise what tyres can and can't be used in UK motorsport. They produce a number of 'lists' each year and the content changes based on what is nominated by the tyre manufacturers. The list most peole are interested in is 'List 1B' which is the list of approved tyres for 'production class' hillclimb and sprint competitions. List 1B is not very big with only about 5 makes in serious contention - Maxsport RB5 (moulded slick, remould) was the preferred option for many competitors in 2016 - the overall South West champion used RB5s in 2016. Any new competition tyre has to be looked at with an open mind.

So .... for general purpose road tyres i agree that remoulds should probably not be considered ..... but for compeition use a soft compound, moulded slick can give a real advantage. Hence the interest in Extreme VR2s.

As ADS29 said price is also a factor - especially if you get through a few sets of competition tyres each year.

WRX
Those Maxsports are a great tyre.

ClioSport Club Member
Clio 172 Sport Ph1
I messaged Extreme yesterday but unfortunately they wont be making the VR2 in Supersoft, I struggled to get my point across about in Hillclimbing needing the softest compound you could get.
They said their Soft compound would be good enough and the Supersoft is only for wet use (although they offer the VR2 in 13" in Supersoft???)
I did point them in the direction on Avon ZZR's in A24 compound with Treadwear of just 20 but they ignored my comment.
If you look at the full blown slicks in A92 and A15 compounds you can leave your thumb print in them.
I'm still undecided which tyres I'm going to use this year I've narrowed it down to 4 thou:
Avon ZZS
R888R
R888 in SG Compound (what I currently use)
Nankang AR-1

Yes ... those are the four main contenders for me as well. Can you still get R888 in SG compound? I thought GG was now the softest?

I used R888Rs last year ..... I was quite happy with them as I was still getting used to the car and front wheel drive. I managed to destroy two R888Rs on the front in one test session at Llandow .... less than 350 mile inc the drive to Llandow and back.

I may also try the AR1s this year ..... I recently read a 'head to head' review on piston heads between Federal RSRs and the AR1. The AR1s were 2 seconds a lap faster at Llandow.

I've just got a pair of Kumho V70a in hard compound with a tread wear of 50, so the soft maybe what you're after and should be around the 20 mark.

JB21 said:
I've just got a pair of Kumho V70a in hard compound with a tread wear of 50, so the soft maybe what you're after and should be around the 20 mark.
Click to expand...

I used to love the Avon ZZR's in A24 compound with a Treadwear of 20 but they got moved to 1C too :sweat:

I have been using the Extreme VR2 tyres now for about 6 months - I found them to be very grippy and at a good price. I've just ordered another set direct from the factory and I have been asked in future to go through the new UK supplier. For anyone else looking for a good, road-legal, List 1B, track tyre then the contact details for the UK supplier are -

Facebook: https://www.facebook.com/UKExtremePerformanceTyres/
Shop: www.polishautomobileclubuk.com/?post_type=product
Extreme Tyre Info: www.extreme-tyres.com​
Interesting that 60% of the cars in Class A3 at the Castle Hillclimb on Saturday were on Extreme VR2 tyres in soft (R5) compound....... they are really gaining popularity. 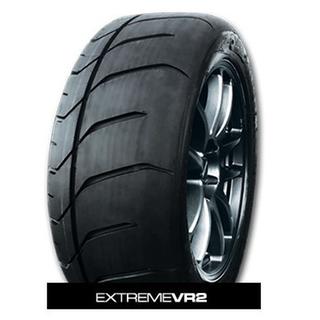