So after a few years away from Cliosport, and Clios, I'm back with a new project

Some of you will remember my most recent project, the BMW E21: 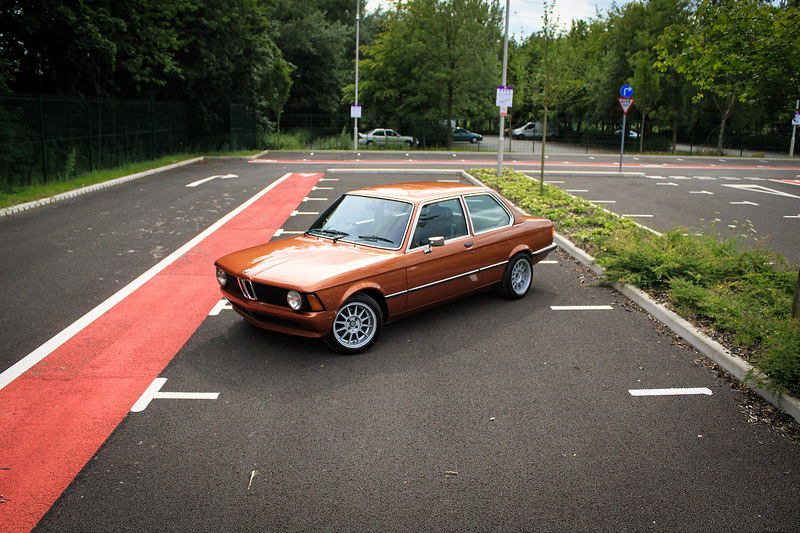 Not quite in it's final guise, but close enough.

Well anyway that was sold to help finance moving into my first place.

Not long later came this: 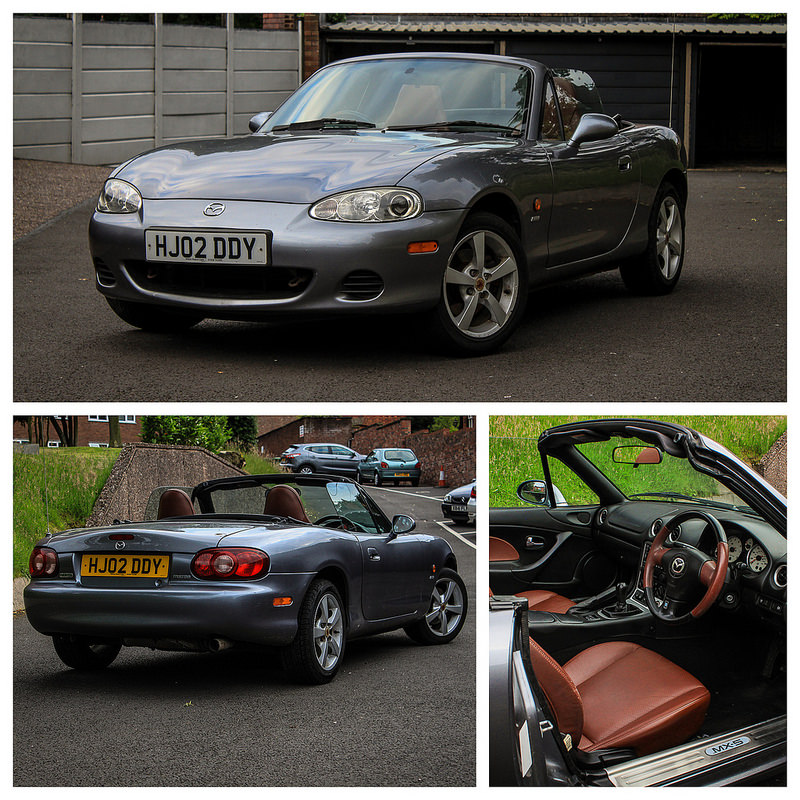 Which lasted about 2 months. Too small and impractical for me.

So here we are: 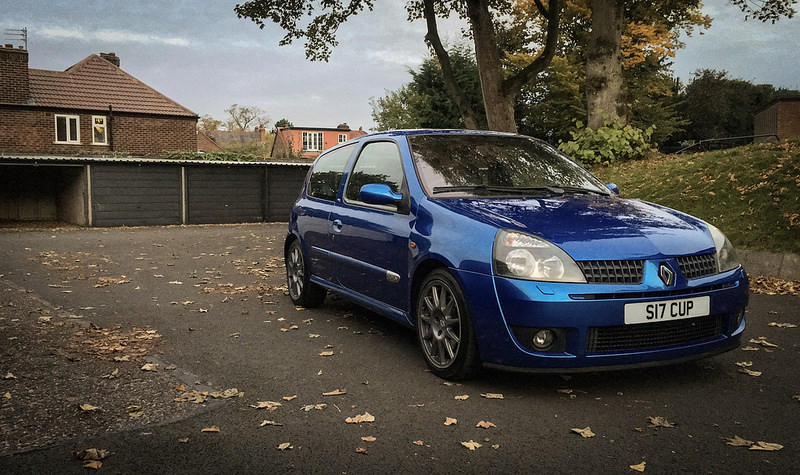 Picked it up yesterday for (what I feel) was an absolute bargain.

Private plate was included, but will be sold once the V5 is through. It has a Powerflex engine mount, which is hateful when idling, so that will be returned to standard. Could do with a new dogbone mount. Speedo keeps dropping to zero randomly. Boot won't lock. Tracking is out. Parking dings need sorting.

So a decent list to get me started, I know the fix for most of my issues, all of which are cheap enough to do.

The main thing is, I already love the thing, the comedy driving position, flat spot in the rev range and go-kart handling, it's great fun, way more so than the MX5 and E21 (although the E21 was far cooler and sounded 900% better).

So yeah, I'm back, and reportedly, bringing Christopher with me...
M

ClioSport Club Member
A special one.
Loved the BMW mate, but really have a soft spot for a Cup.

ClioSport Club Member
T5, Ariel Atom 300
I was looking for an unloved 172 cup for a few weeks and see this come up on FB, I bought one on Saturday morning very similar mileage and price, again a few dings here and there but not bothered as it is just going to be a track slag.
Whats your plans?

Then from there, I'm not sure. I'd like to do some trackdays, but the car will probably be an OEM project really.

ClioSport Club Member
Titanium 182
The 172 Cup is speedo drive sensor on the gearbox isn't it? Could be the first place to look to sort that.

Boot not locking could be a broken wire in the mechanism on the boot lid side. Take it apart and have a look, i soldered mine back on.

The arm which activates the lock latch can stick too, if you take it apart you'll seen some plastic gears inside with grease on. I cleaned the grease off as it was too sticky and WD40'd it. Been fine since.

172 Cup
Nice one. I've already ordered a speed sensor for the gearbox as it seems to be the solution to the problem every time I read up on it on various forums.

The boot lock, yeah I plan to have a look at it and figure out what's going on.

172 Cup
Is there anywhere best to get OEM Renault parts, that offers some sort of discount?

I've ordered the speed sensor from my local dealer, it was full price but I wanted it for the weekend.

Could do with a new dogbone mount in the near future, wondering if there's any discounted OEM place?

Edit: I've seen RPD but they've got their postage listed as £43! I'll drop them an email.

ClioSport Club Member
DSG Edition 30
I used to use Wolverhampton Renault. If you ring them and tell them you're from Cliosport you get a good discount

172 Cup
Weird. Their postage was £43 when I went on before. I've emailed them anyway.

172 Cup
OEM dogbone mount ordered from RPD, it was my works computer throwing the postage, RPD website thought I was in The Netherlands.

Anyone know what torque setting to use on the DB mount?

Every time I've fitted one I just them up tight, not overly tight. Then if needed check after a few weeks but I've never had to re tighten

ClioSport Club Member
Titanium 182
I have 62nm in my head...

Welcome back! Drag Jon back too!

172 Cup
Got some work done on the Clio today.

First off, the jobs with no pretty pictures. Speed sensor fitted, the heatshield on the previous one was in the incorrect position, exposing the sensor to the heat of the manifold. I can only assume the sensor was getting jolly toasty and that's what was causing it to play up. In any case I fitted a new one and positioned the heat shield correctly.

Dogbone mount wasn't done because I forgot my breaker bar (working on the car at my mums, not my new place). So yeah, that was a balls up on my part.

Headlight buzzer wasn't working, turned out to be the switch in the door shut, passenger one worked, so I swapped them. I'll order a new one as they're only a few quid anyway.

Boot lock, I took it all apart, thought I'd grab some pictures as I thought it might be useful to someone one day. 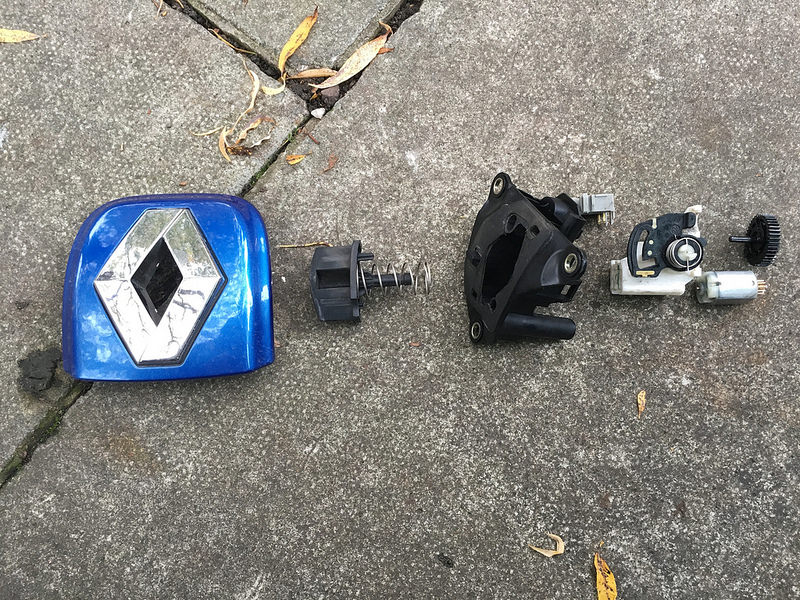 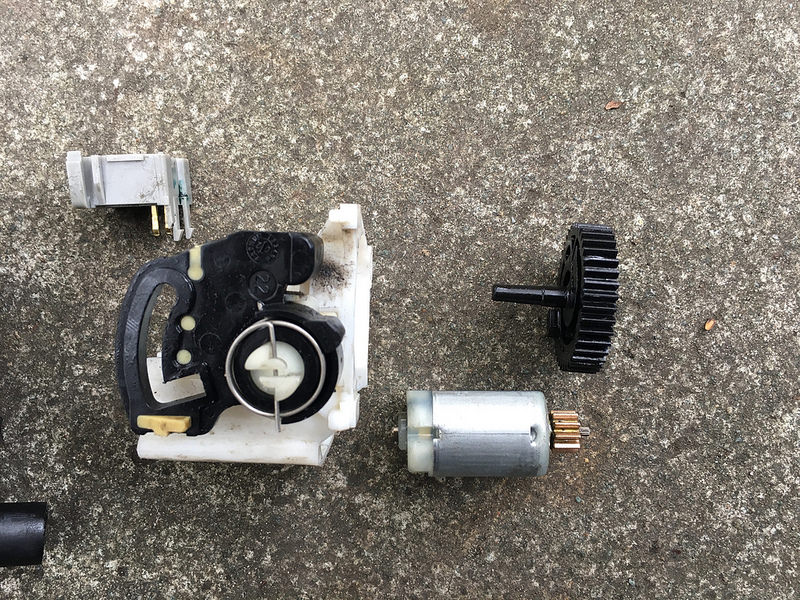 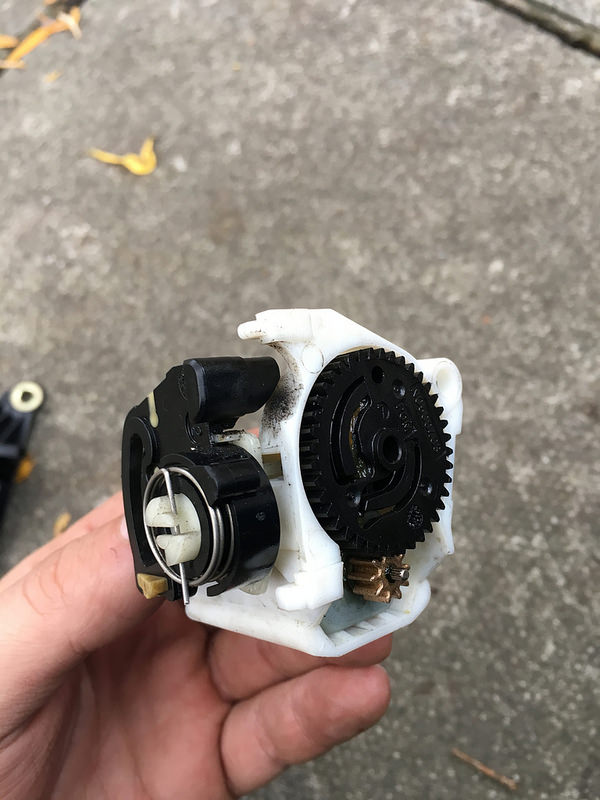 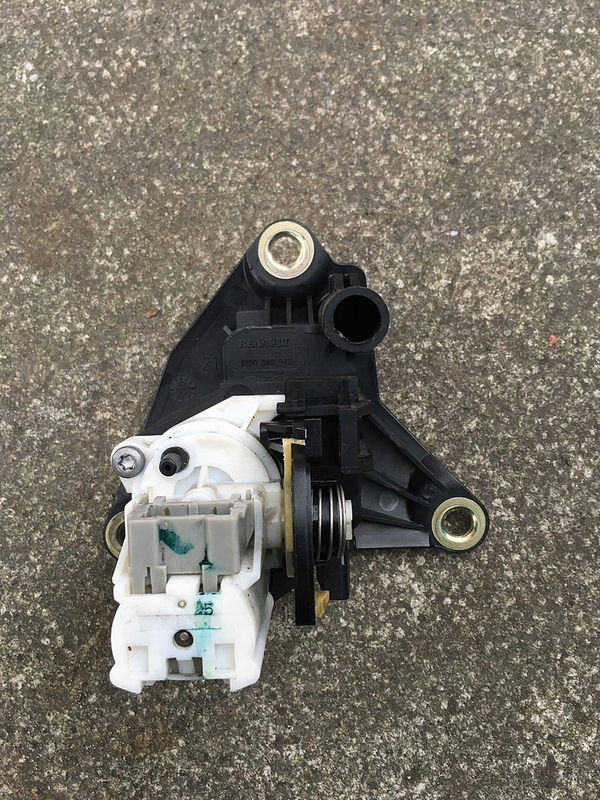 So yeah, in my case, the little grey motor is shagged. I locked the boot with it all exposed, lovely little puff of smoke from it, so it's goosed. I'm hoping to sort a new motor for it, as opposed to buying a whole replacement lock, maybe I'm just a cheap b*****d, but meh.

Drivers window wasn't going all the way down, it was hitting something very firm, seemed odd. The reason was, very, very odd: 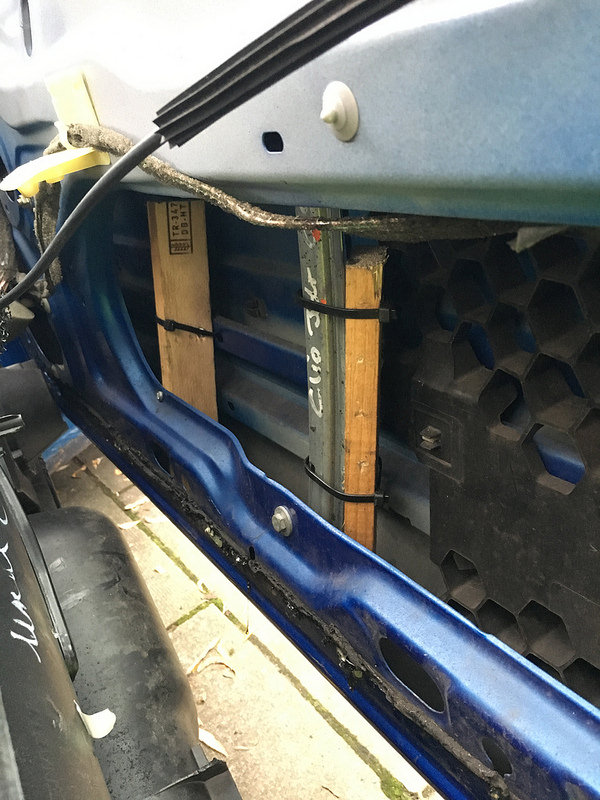 I don't even. The wood was blocking the window from going down, I don't know why because the window functions perfectly fine. Needless to say, I've removed that crap.

Slightly more concerning was the reason why my mirrors weren't adjusting: 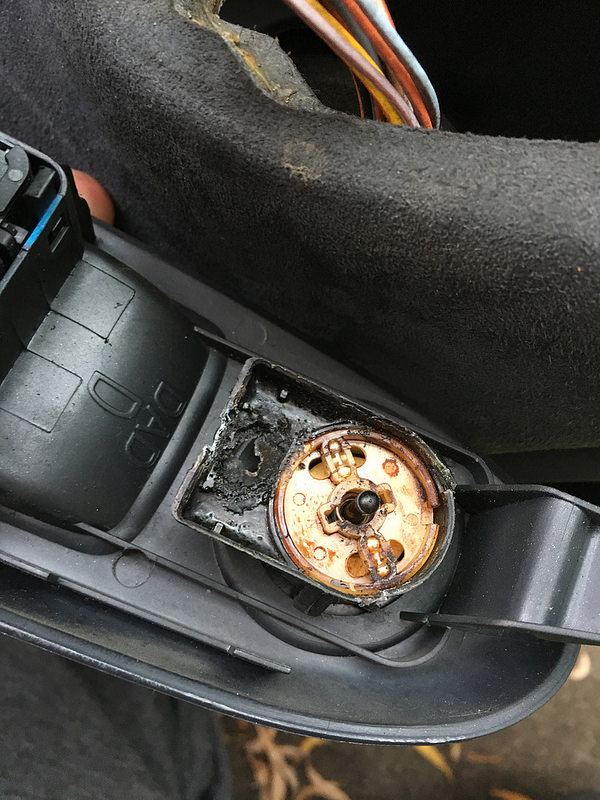 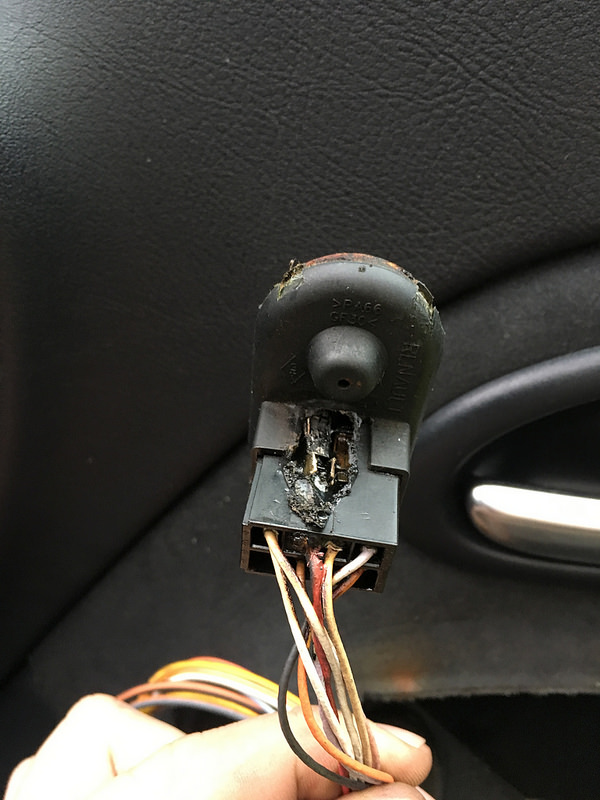 So that's definitely been on fire at some point. No idea what's happened, it's short circuited obviously. I'll get a new connector block, and solder that on, and sort out new adjuster knob thing, no rush really, but it'll annoy me if I don't sort it.

Nice to see Cup's getting a new lease of life.

Sent from my D6503 using Tapatalk

ClioSport Club Member
DSG Edition 30
What on earth is that wood?!?!?!

That switch I'm guessing is the victim of Renault's great design where if you open the window when your car is wet, it all drips onto the window and mirror switches.

I'll be interested in the plate when you come to sell it.

172 Cup
Noticed the gearstick surround cowling thing was loose, went to fix it... found this: 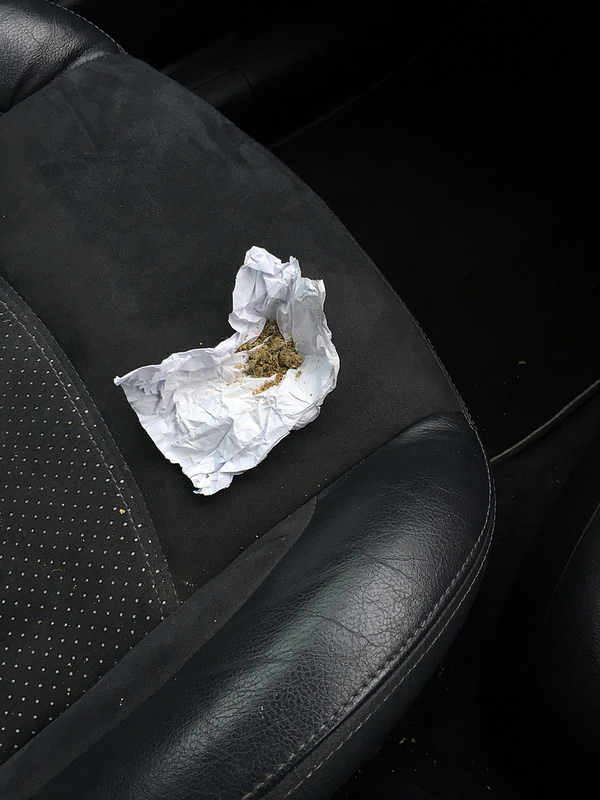 Titanium 182 FF
Now that is something else hahaha 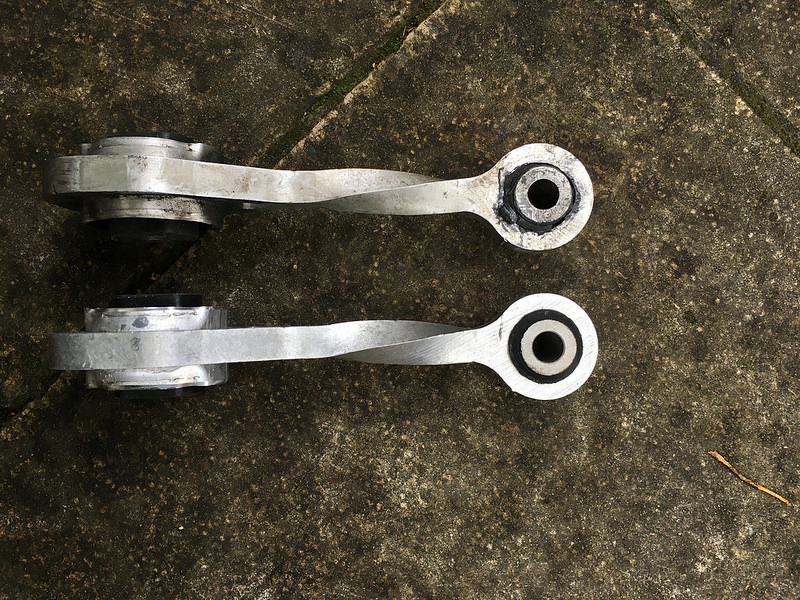 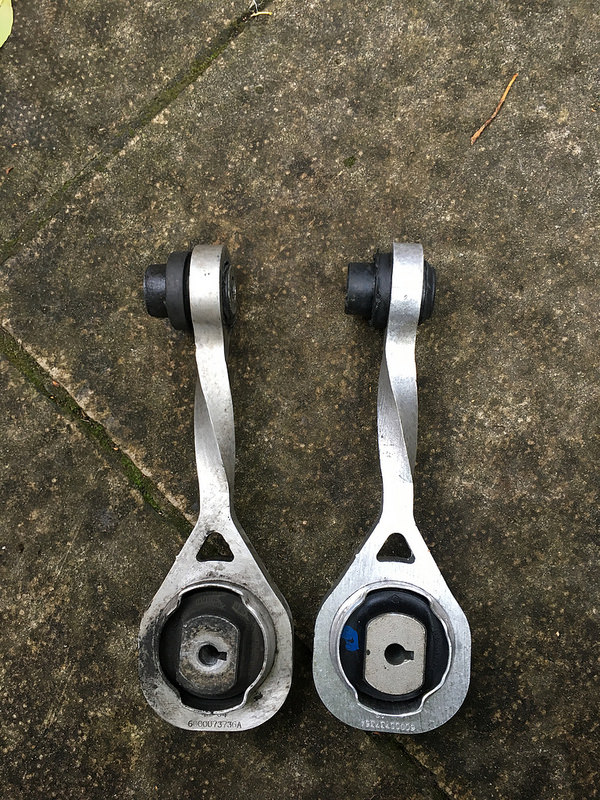 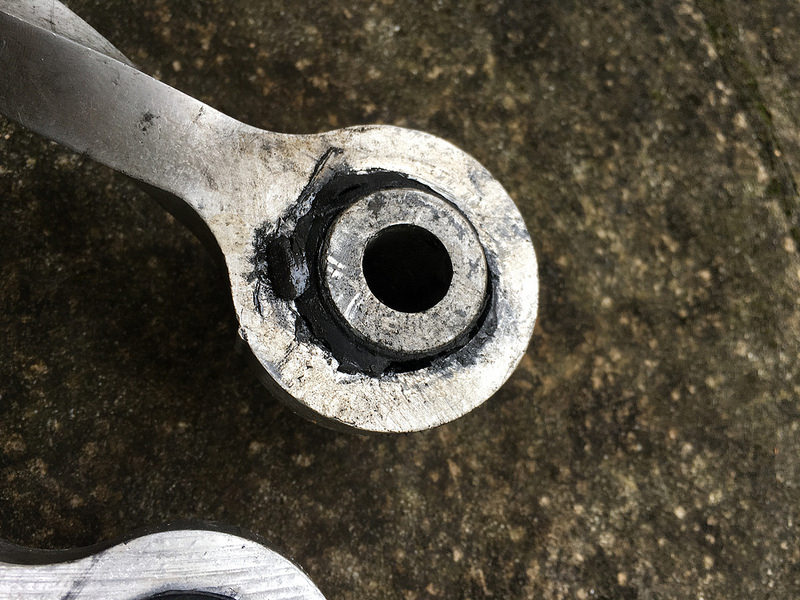 NSR brake is binding, pretty well too, so I need to sort that. Cleaned the sliders and greased them, but it's still doing it. The piston might need a bit of love, or maybe the handbrake element is on it's arse. I'll have a look at the piston and go from there. I tried to wind it back with a screwdriver but it was having none of it. I've got a windback tool but couldn't be arsed fighting with the disc in the rain, a job for another day.

Noticed a weird noise coming from the rear (I think) when carrying a passenger, see thread: http://www.cliosport.net/threads/noisy-rear-end.801216/

Don't suppose anyone in here has any ideas?

172 Cup
Today, I stripped the car back, as next weekend it is going in for a complete dent and scuff repair makeover.

Mainly shopping dings and scratches, also some roof repair where the bonnet flipped on the previous owner. Looking forward to it being a lot tidier in general. I will need a drivers door, as that's got quite a few in places he can't repair, so I'm on the hunt for a replacement door off an equal mileage cup, and hopefully the paint will match.

Unfortunately I did find more examples of bodgery: 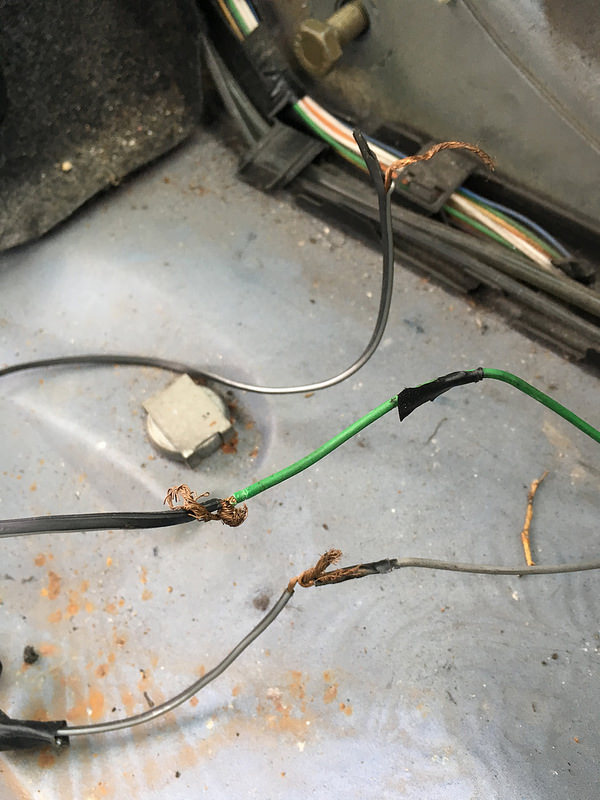 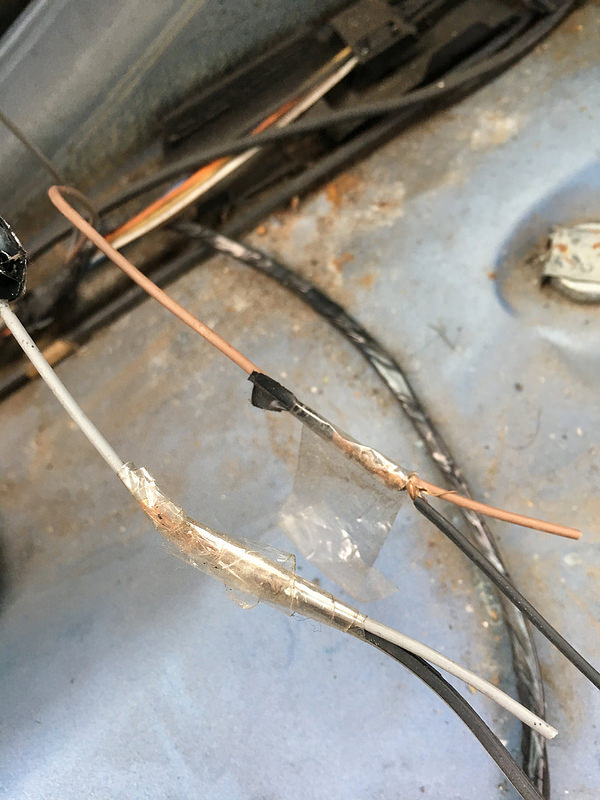 Evidentally not that bothered about wiring. I didn't have my soldering kit on me, so couldn't sort it, but I'll put it back to how it should be in the fullness of time.

I did notice this however: 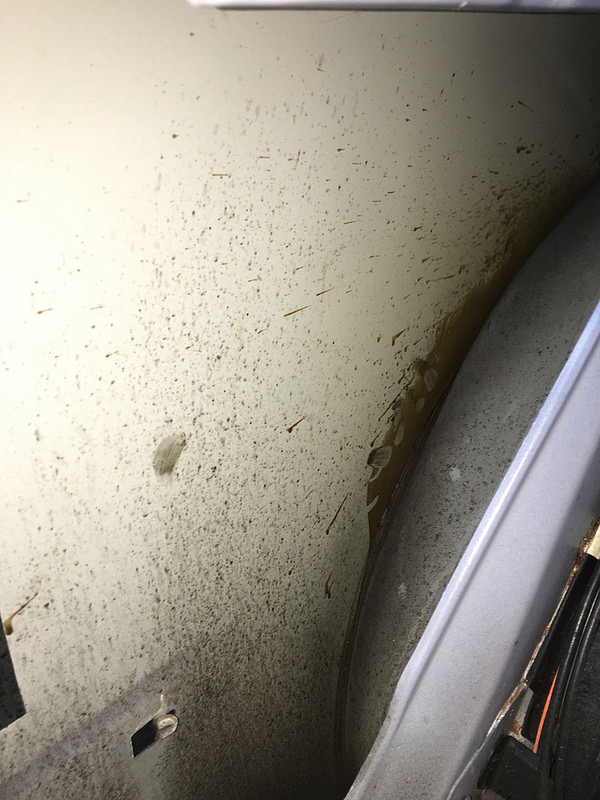 I can only assume the seal has gone between the inner arch and the body? No signs of corrosion or anything like that, but not really ideal.

Good to see you will sort it all out

172 cup
nice to see you putting this wee motor to rights!

I love it though. Needs my Sportsters.

What wires are they, just some speakers or something?

ClioSport Club Member
335d Touring
It's had aftermarket speakers in the past, so the audio cables are a bit... improvised.

It's getting there though.

172 Cup
Yep, it's on the way to being a tidy little bargain Cup.

I've just got it back from some dent repair work, very impressed. I'll get some pictures up soon.
You must log in or register to reply here.