Super Lightweight Lithium Battery - My experience of it so far

I know a few others on the forum have this battery, but I thought I'd share my experience as I've been really pleased with it.

I'd been wanting a lithium battery, mostly because I don't use my Clio year-round. The car is stored in an unheated garage over the winter, so I take out the battery and store it indoors. However, a lead acid battery is such a pain because the battery area is tight with a K-tec induction kit fitted, so it's not much fun removing it.

The lithium battery that I bought is tiny, so there's loads of room around the air filter, which makes it a breeze to remove but also, slightly better breathing for the engine. The weight is tiny too. It's just over 1kg (maybe 1.4kg if I remember correctly) so not only does it make it way more comfortable to remove, it's also about a 10kg weight saving compared to having a lead acid battery fitted!

I bought it from PowerLite. They're based in the West Midlands.

I also went for the set of standard battery terminals to make for a hassle free installation:

Yesterday, I decided that I was going to re-fit my battery as I want to move the car. I went to check the voltage using the built in voltage indicator. I pressed the button, the screen flickered for a fraction of a moment, then nothing. I tested with a multimeter and had nothing. I tried charging it with the supplied charger for the first time - the light on the charger was faintly flickering red, which didn't look good. Left it for a few hours, still no voltage at all.

I was pretty disappointed! I phoned PowerLite yesterday and spoke to Julian. He was incredibly helpful and was very reassuring. After a good chat on the phone, he concluded that the battery had gone into a dormant mode, which can happen if the battery is doing nothing for several months. To get it out of that mode, it just needs to be put on the charger for about 10 minutes or so. However, he thought that my charger was faulty. I was a little sceptical, but he posted a new charger via DHL yesterday, it arrived with me by 10am today and sure enough, after a few minutes on the charger it was back in operation. I've fitted it to the car and it's all good!

I phoned Julian again today to let him know and thank him for dealing with the situation so well (I had no doubt that he would have replaced the battery if it had turned out to be faulty).

Overall, I'm extremely pleased with the battery and the service that I received from PowerLite has made me feel even happier with the purchase.

Here's a few pictures of my setup: 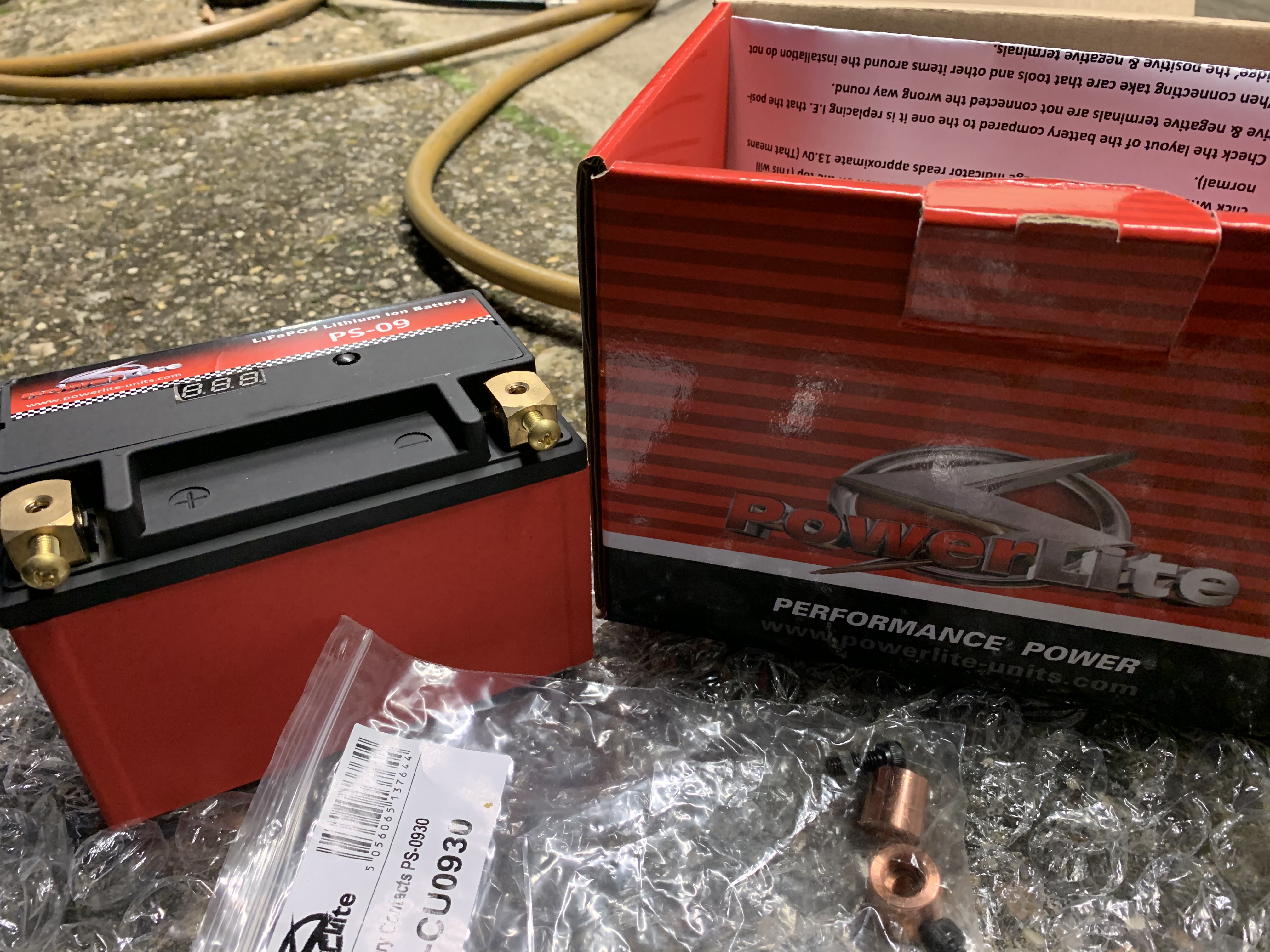 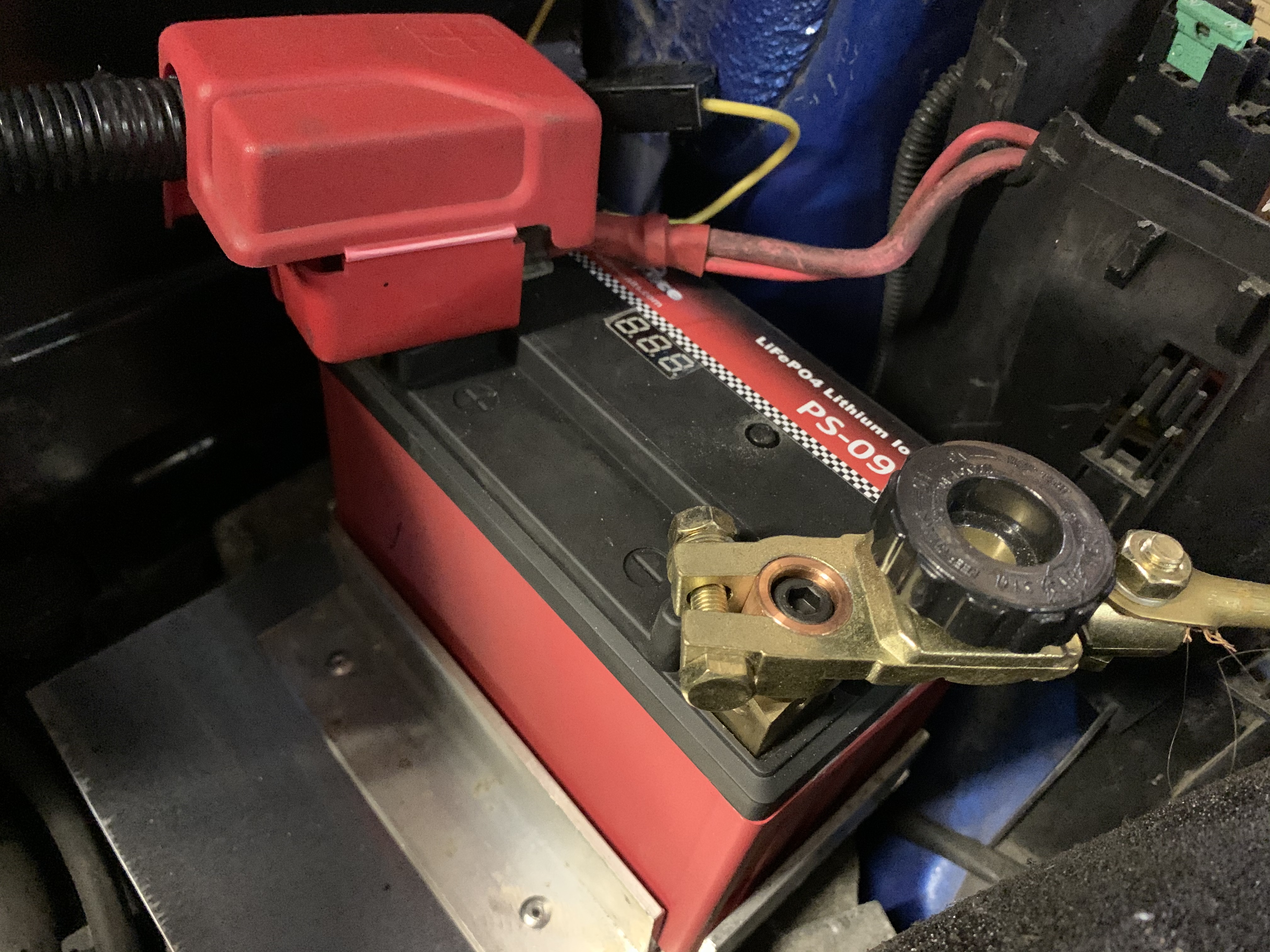 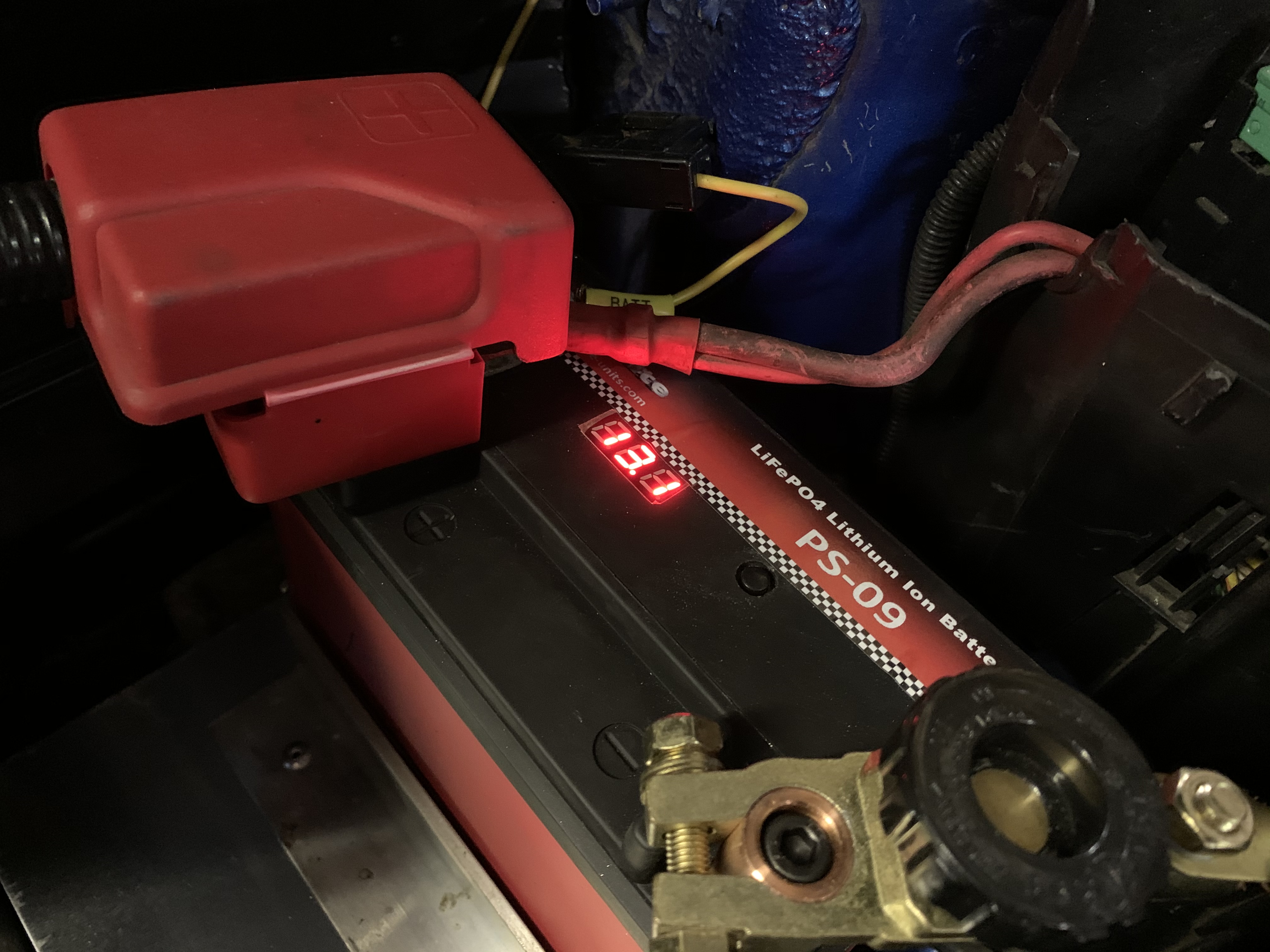 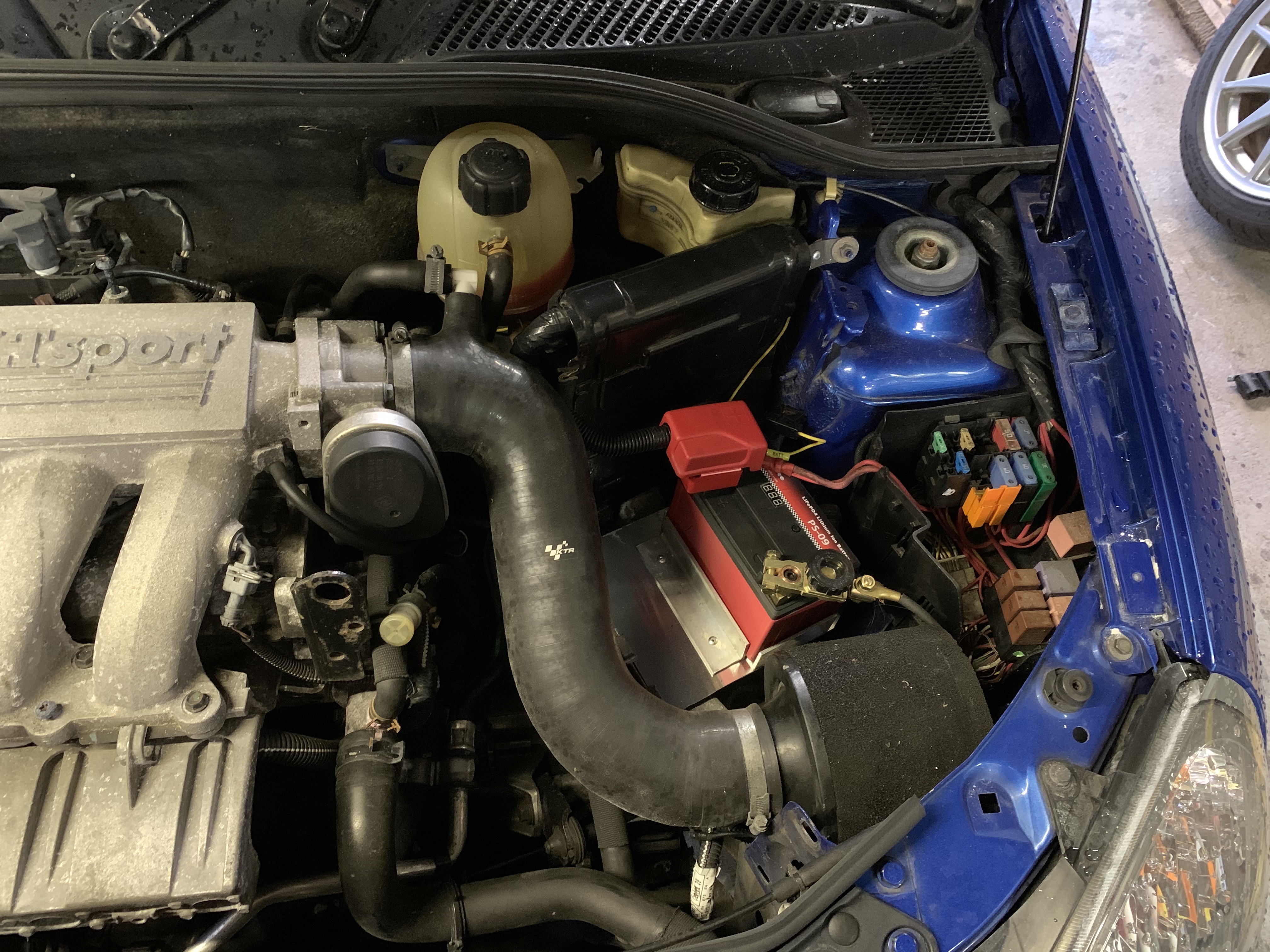 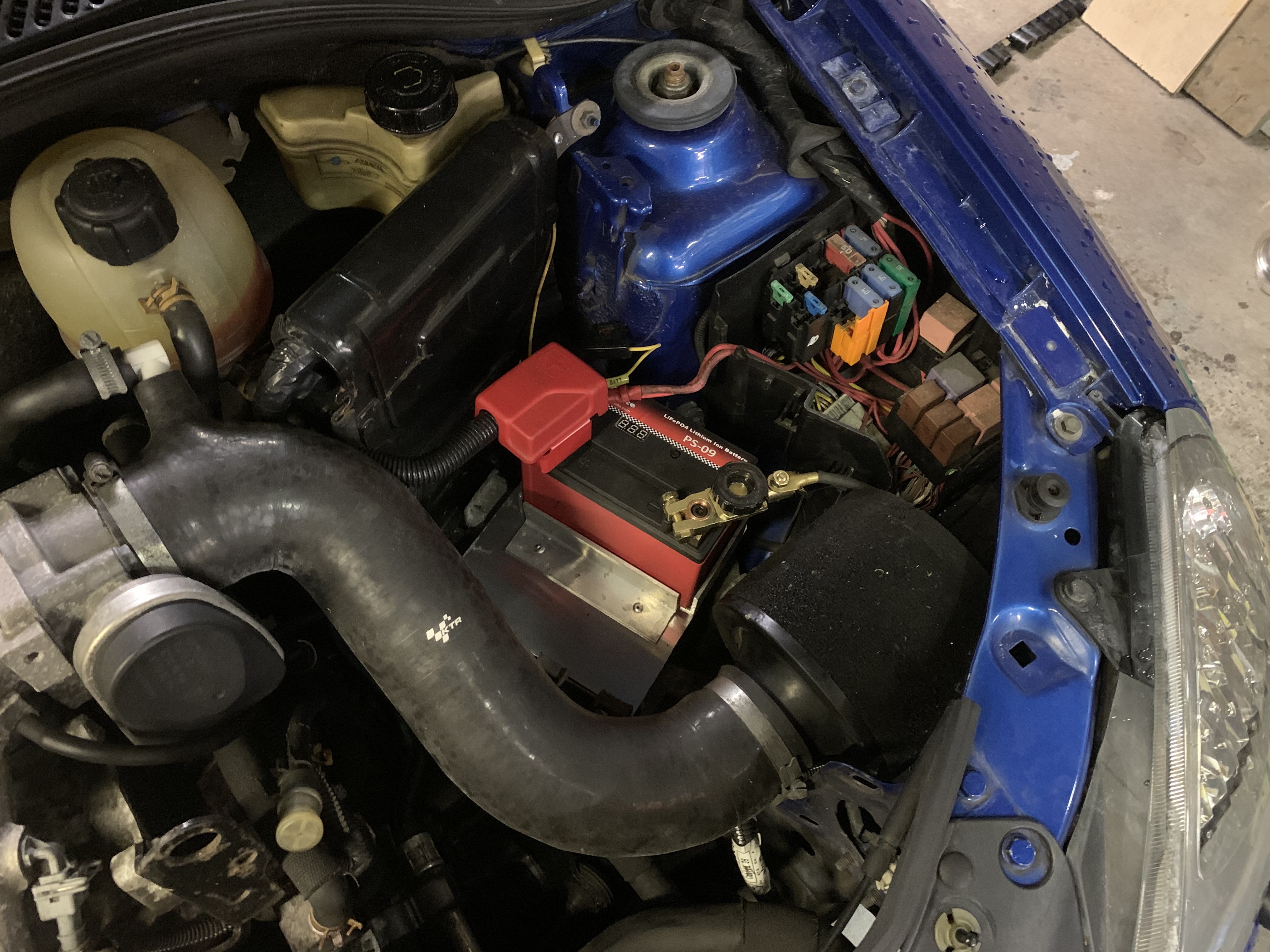 (The fuse box cover has since been replaced, but yes, I know I need to clean my engine bay)

ClioSport Club Member
Addicted to you!
Id love one of these but unsure how it would fair being used daily.

ClioSport Club Member
Lots of Scrap...
Great batteries, had mine a year now and its sat unused in the engine bay, car stored outside in freezing temps for six months over winter and dropped from 13.8 to 13.5 volts the whole time.... car fired straight up. I've never even taken the charger out the box lol
E

Clio 182
I have an anti gravity ATX-12, this has a fancy re-start option should the battery ever go flat(£250)and an JMT YTX -14(£85) this has a simple 3 light indicator showing charge and have had no issues with either. They hold charge no problem if isolated from the car and have held full 14v while in my cupboard for winter storage. Both weigh less than 1kg. The JMT one is the one to go for in my eyes.

They give ample starting power for a 2 litre engine but wouldn’t rely on them if I was fault finding or if I had electrical issues.

frayz said:
Id love one of these but unsure how it would fair being used daily.
Click to expand...

Same, I really want one for the size and weight but it being on a daily concerns me.

ClioSport Club Member
182 + 330d
I have exactly the same battery, battery cut off and terminals, so far so good, it’s currently sat in the house on a NOCO Genius G1100UK charger, I haven’t used the one it came with though.

I do however need a proper way to mount it in the car, I’m currently using a battery strap but it’s not ideal.
E

ClioSport Club Member
I’ll be trying to actually use my 182 this year, so it’ll be closer to a daily than it’s been over the past few years.

I expect that it’ll be fine - but I’ll post an update in a few months either way.

Where can we get battery trays to fit smaller batteries that work with the existing mountings?
E

I made my own out of some sheet and angle aluminum, which fits into the existing battery mount, with the original battery bolt. I've not shown the strap that goes over the top of my battery.

I spent a few hours making it to get it to fit properly.

Coops Mk1 said:
Great batteries, had mine a year now and its sat unused in the engine bay, car stored outside in freezing temps for six months over winter and dropped from 13.8 to 13.5 volts the whole time.... car fired straight up. I've never even taken the charger out the box lol
Click to expand...

With or without disconnecting the battery? I assume disconnected?
E 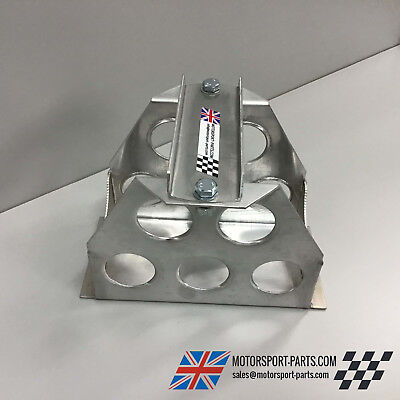 That’s the smallest battery mount I could find and its still too big. I had to use packing to secure battery. 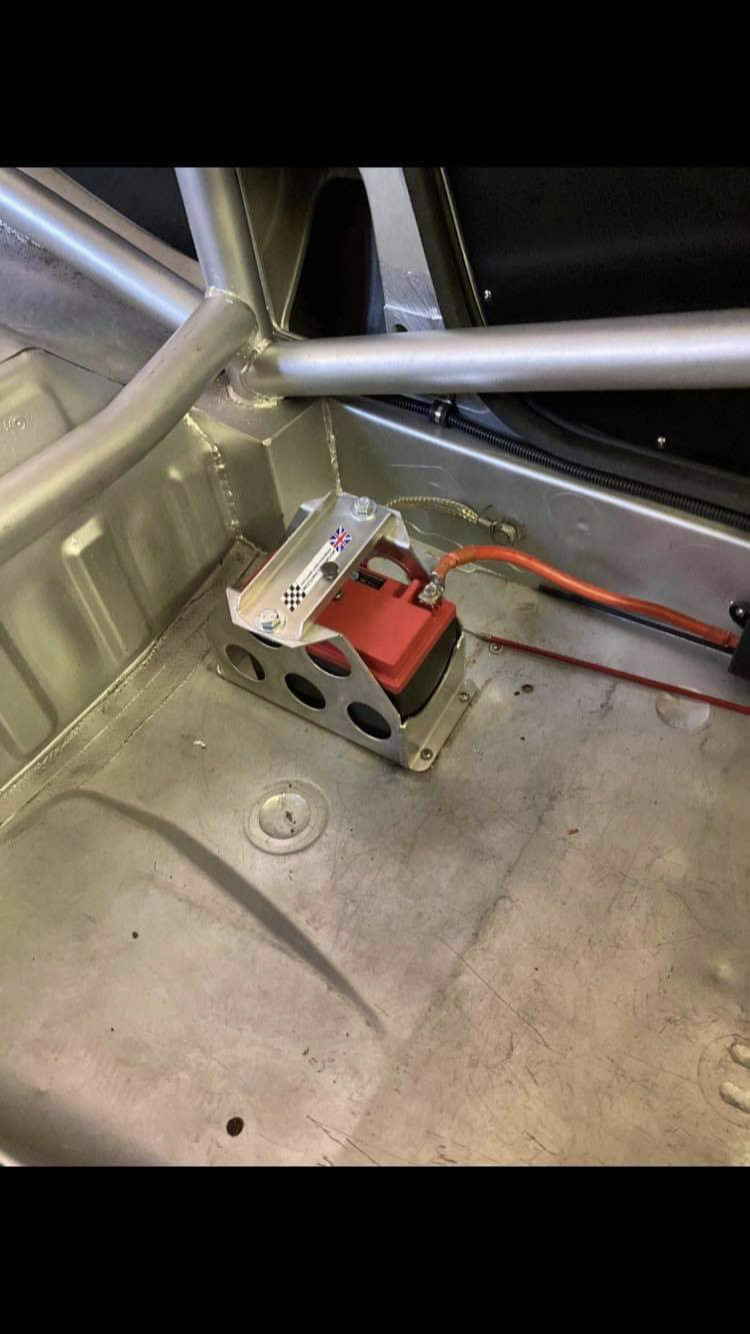 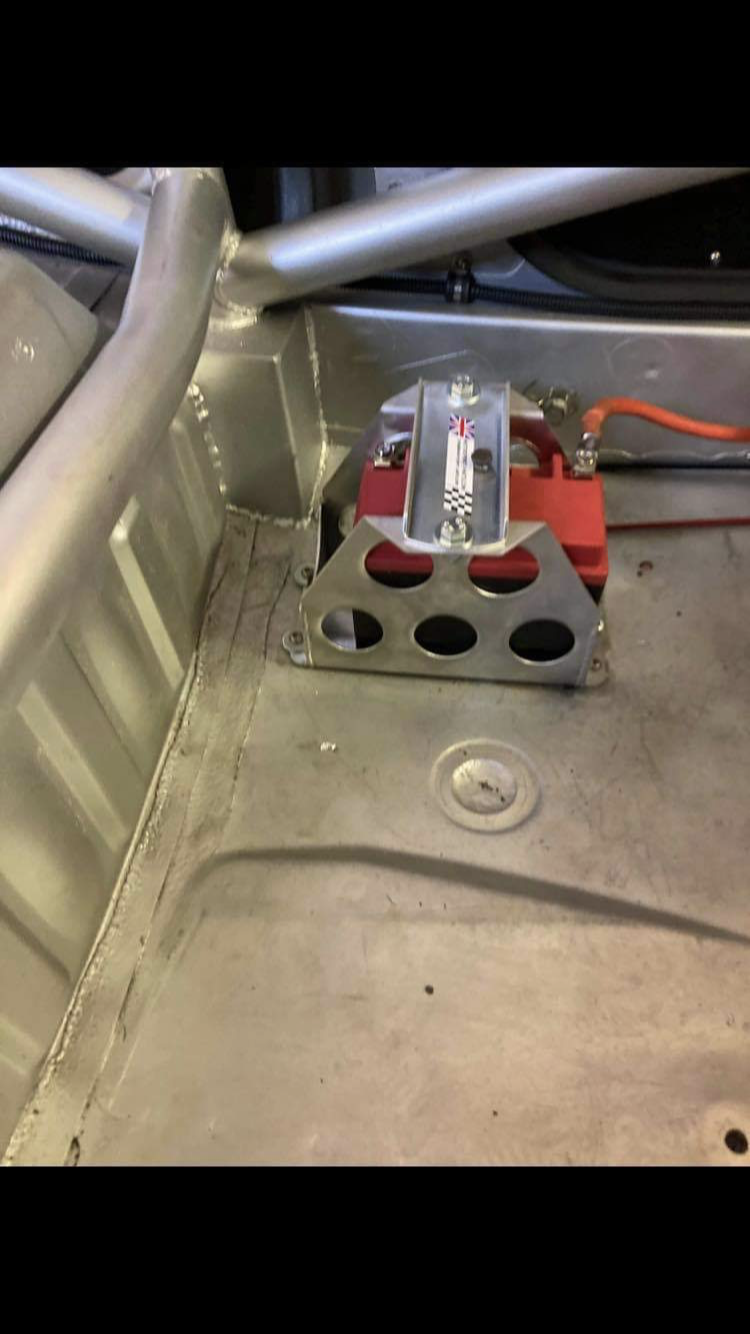 ClioSport Club Member
Punto HGT Abarth
I've accidentally left my PS30 off charge for a couple of weeks...twice. Seems to have bounced back although I've not exactly used the car to go anywhere since the last time. Think it was down to 9v on the indicator second time round.

The only way I noticed was that I'd go into the garage and walking near the car was setting the alarm off which is fun to sort out.

Clio 172
Do these type of batteries get loaded from the normal alternator aswell? Or do i need to charge them prior the track days? I use my clio mainly for track days but its street legal aswell and i have to drive to the track for +/- 1.5h...

ClioSport Club Member
Mine is still working fine for day to day use, charged with the regular alternator, etc. Very happy with it.

ClioSport Club Member
Hi comp phase 1
Ive just got one of these...ps09. Wasn’t sure if something so small would have the cranking power but it does.
My battery box is massive now 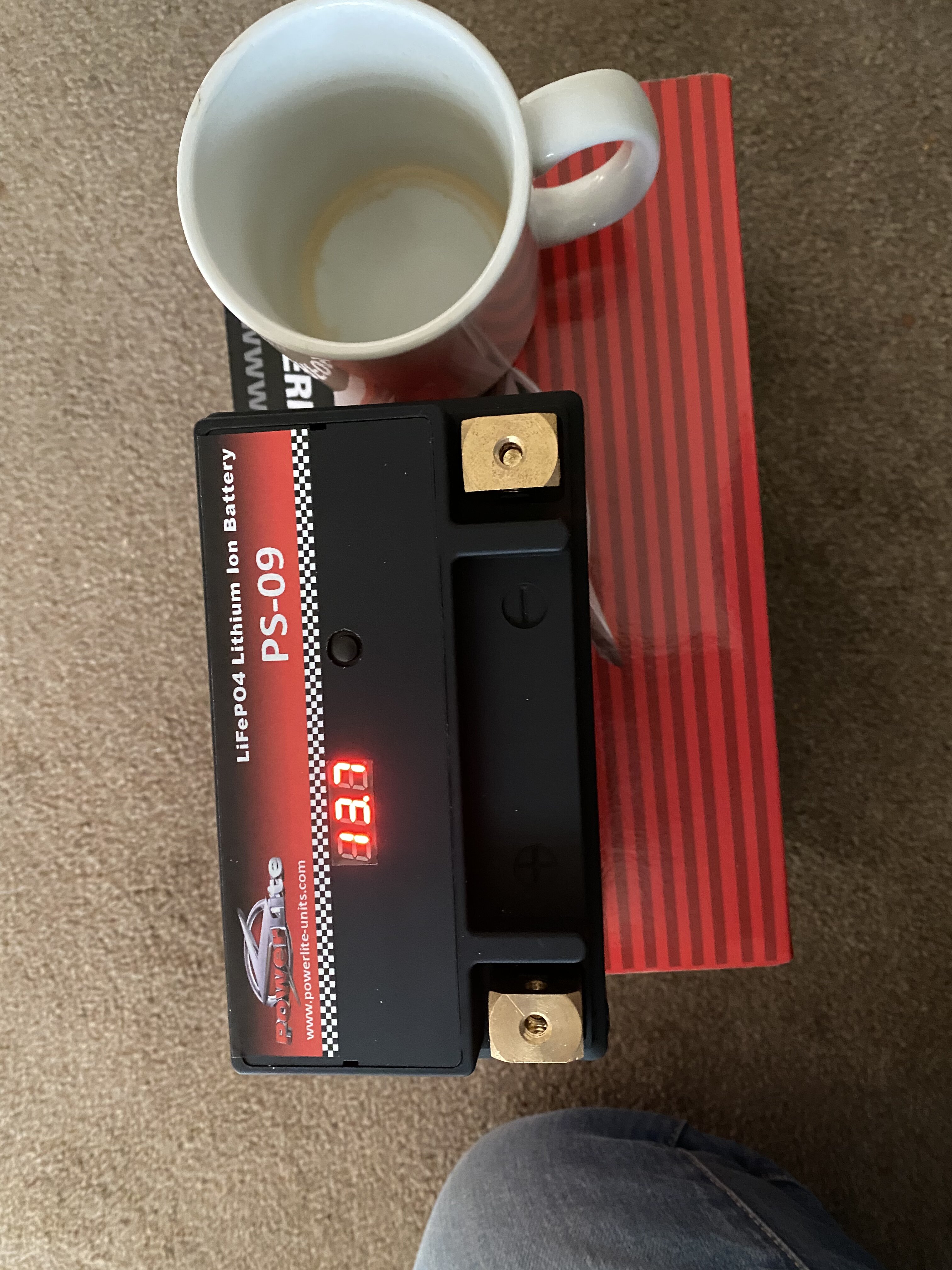 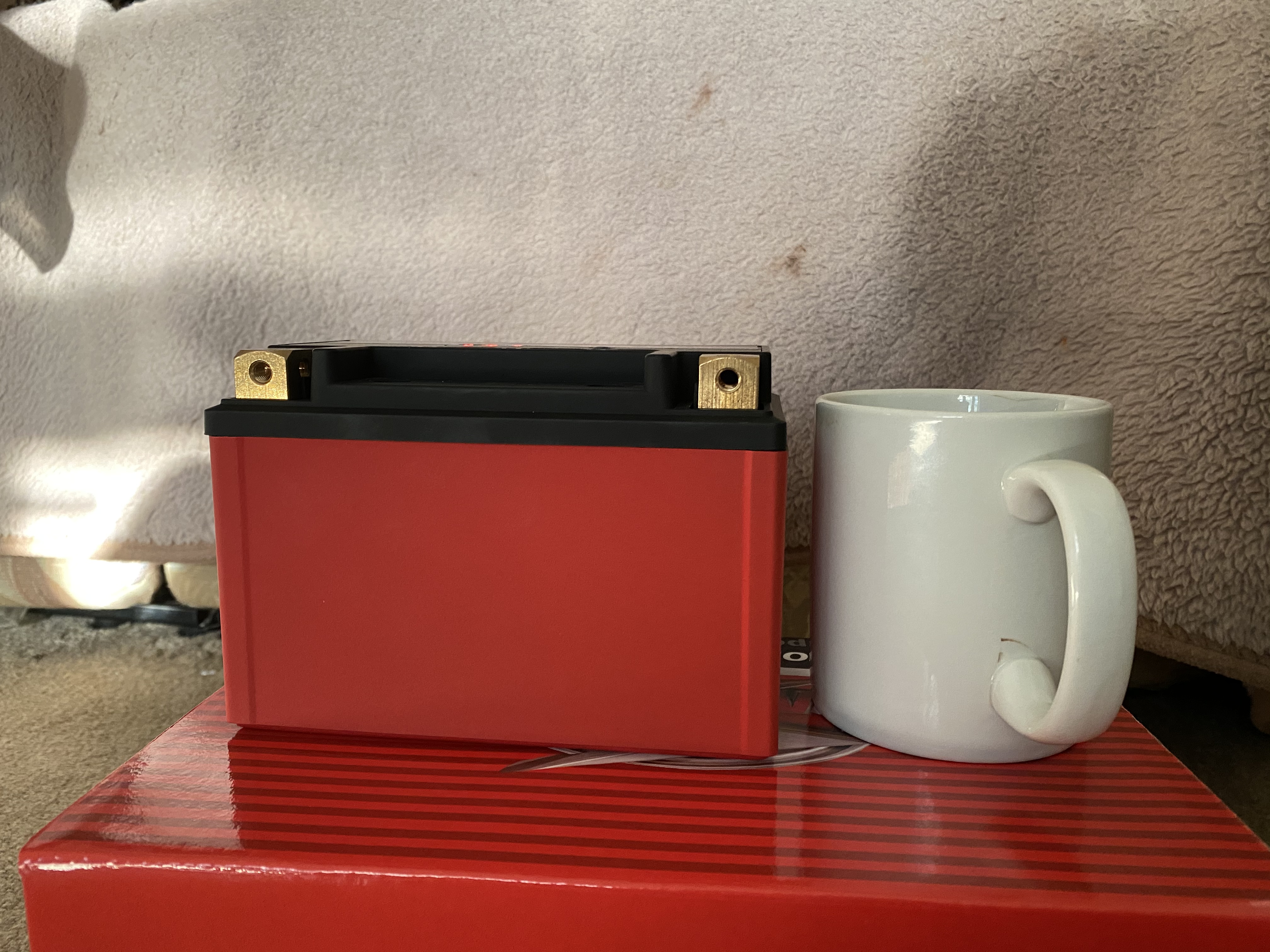 Well pleased with it. It was this thead that made my mind up as the odyssey died. Thanks guys.

ClioSport Club Member
Clio 172 ph 1
I´m using powerlite PS 20 for more than year now, no issues whatsoever. 2,4 kg, so not the lightest, but still more than happy. Anyone is running EPAS with these lithium batteries?

I'm using a Exide ETL-20h well under 1kg. I've even accidentally ran it flat, and it's been spot on.
A

Audi TT RS Clio 182
I have a PS 09 in mine, fine except when your on the trottle and the windows are wound up and hit the top then it seems to short (dash flashes goes on off) Only does it when your moving or on the throttle. Engine running on the drive its fine everything turned on both wiondows at the same time and it's fine.
Swapped the OEM battery back in today to make sure it was and can confirm no gremlins with the Bosch 063 jobbie.

Any Ideas because I'm stummped. I got auto up and down working though ...
A

Audi TT RS Clio 182
I meant moving and on the throttle, can wind them up no short if I coast.

Weird starting issues - starts sometimes and not others?