Clio 172 cup
so I thought after 8 months of ownership I’d join the forum and start a build thread so you guys can tell me where I’m going wrong lol.
So I bought the car completely standard in April from Chris at beanie sport with dephaser and belts done the day I collected.
It was bought to be used as a cheap track car to get out and have some fun after owning a high maintenance race/sprint Subaru.
After a few B road and country road blasts I knew a couple bits needed doing.

So with in weeks ok days i was talking to sponsors from my race car about some mods get me going
So whiteline supplied a Whiteline arb ,rear beam bushes and camber bolts.
Emp performance built a custom 2.5 exhaust system which would pass sound regs without a problem.
So parts soon started clogging up the spare room......so I ordered more!
After talking to whiteline about dampers they recommended bilsteins b14 from chevron motorsport next day on door step arrive my dampers. 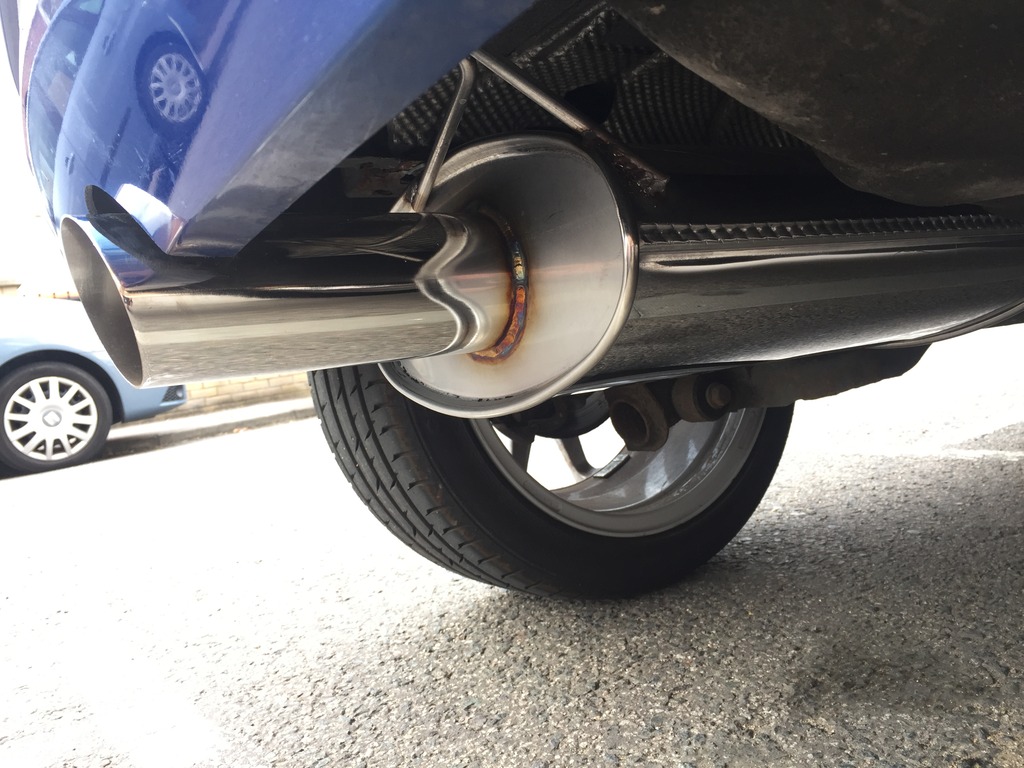 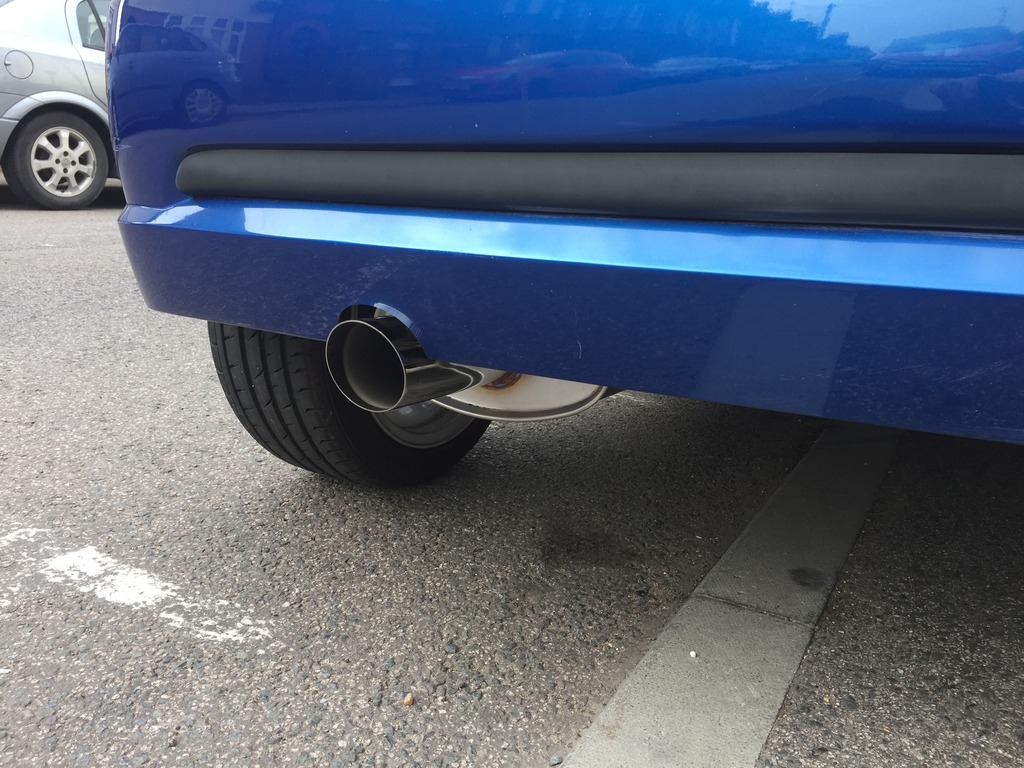 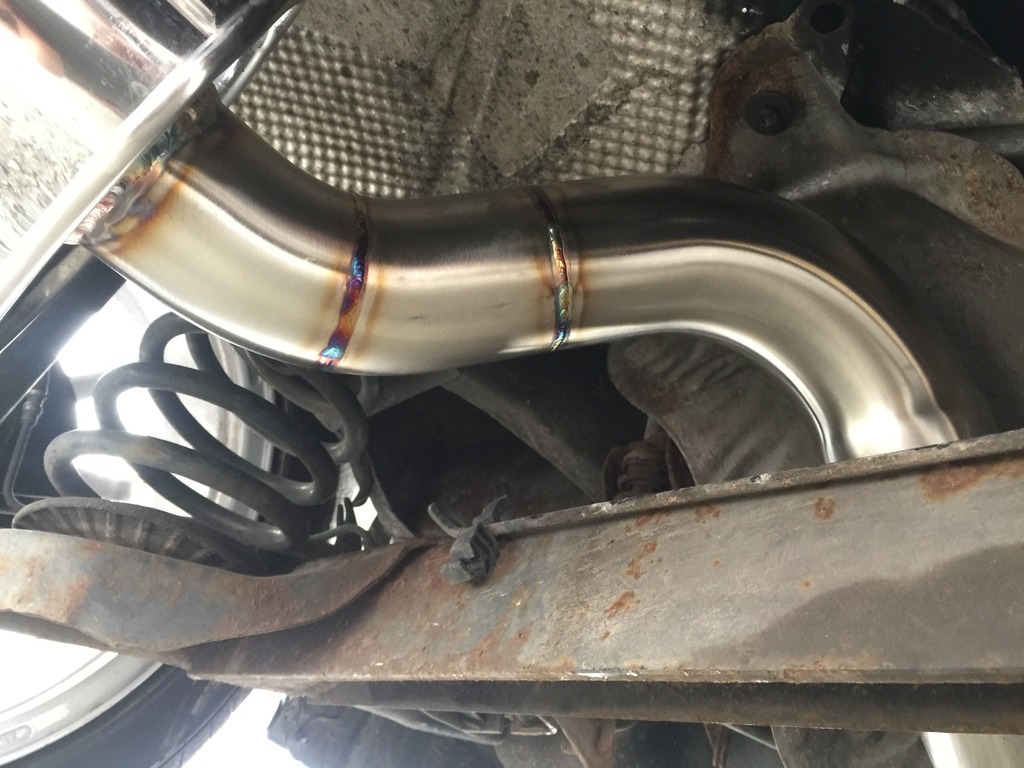 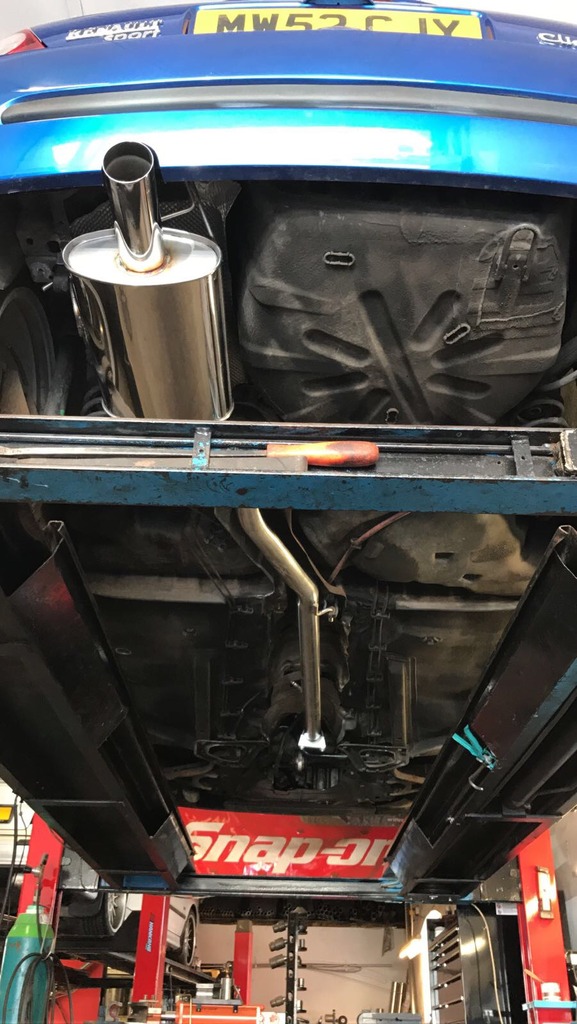 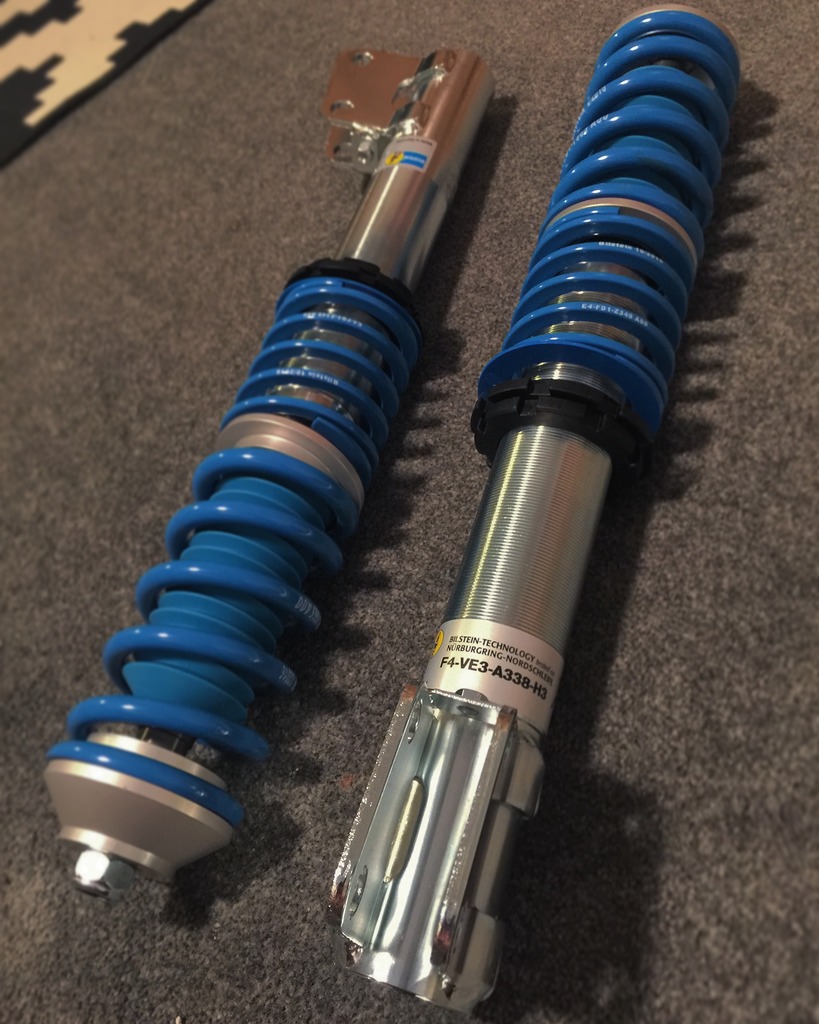 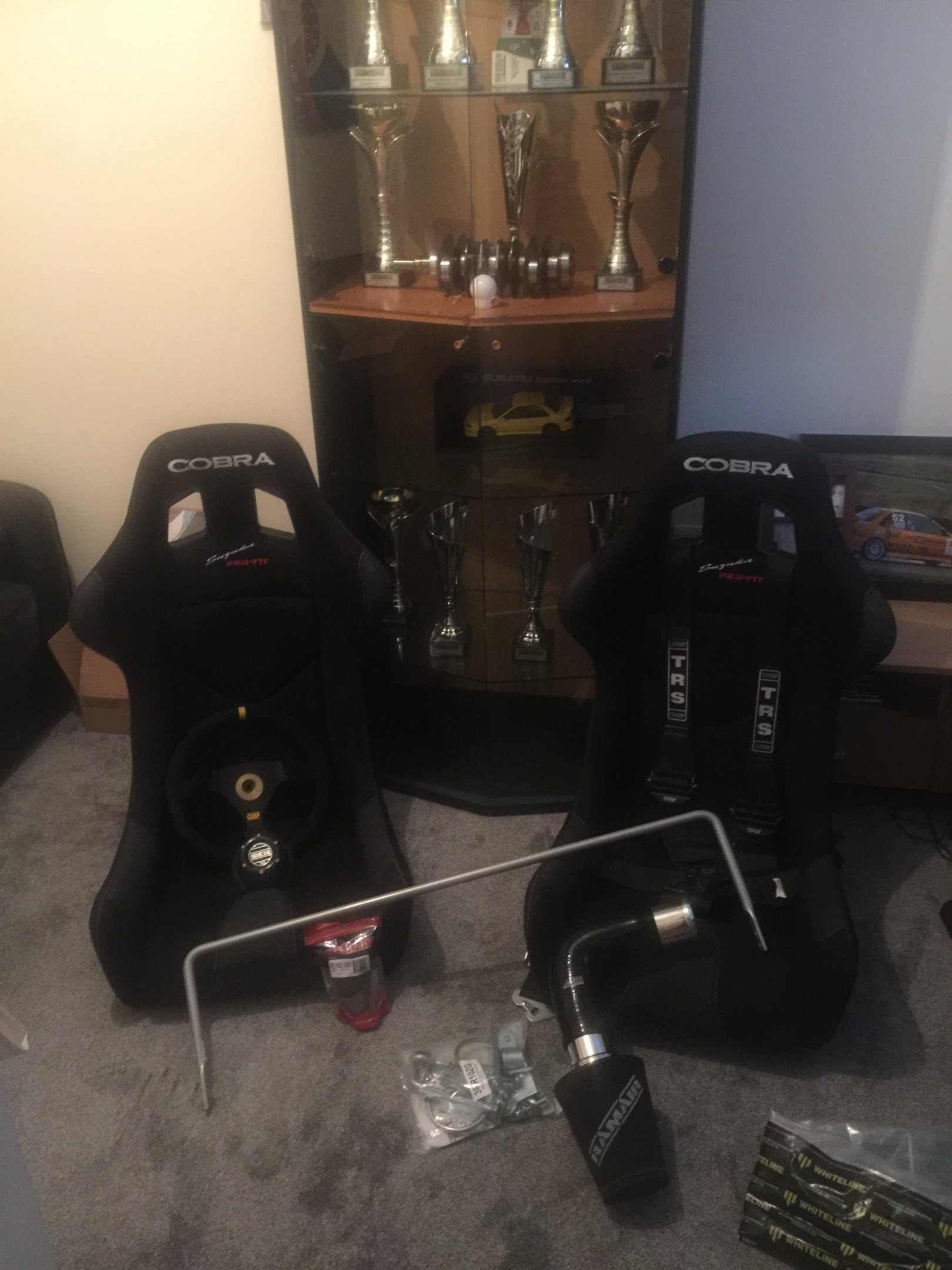 So after talking to a couple of mates they recommended the pms solid top mounts and strut brace we ordered them and wow a good looking but if kit are these.
I wanted a cheap induction kit so after having a read up on here I ordered a ram air filter, alloy bends and silicon joiners jobs a gooden for £50.
Removed the new cobras and harnesses that were fitted to the race car last year to soon fit into my clio.
T

Clio 172 cup
I picked up a set of vibratechnic engine mounts and a evol dog bone mount 2nd hand from the Facebook page. These were definitely needed as engine rocked the car like a big v8.

Meanwhile I was getting fed up with these parts just stacking up in spare room so I got on phone to Chris @beanie sport to get her booked in to get these fitted.
Chris was probably quite upset to see what I’d done to this standard 172 cup ...... 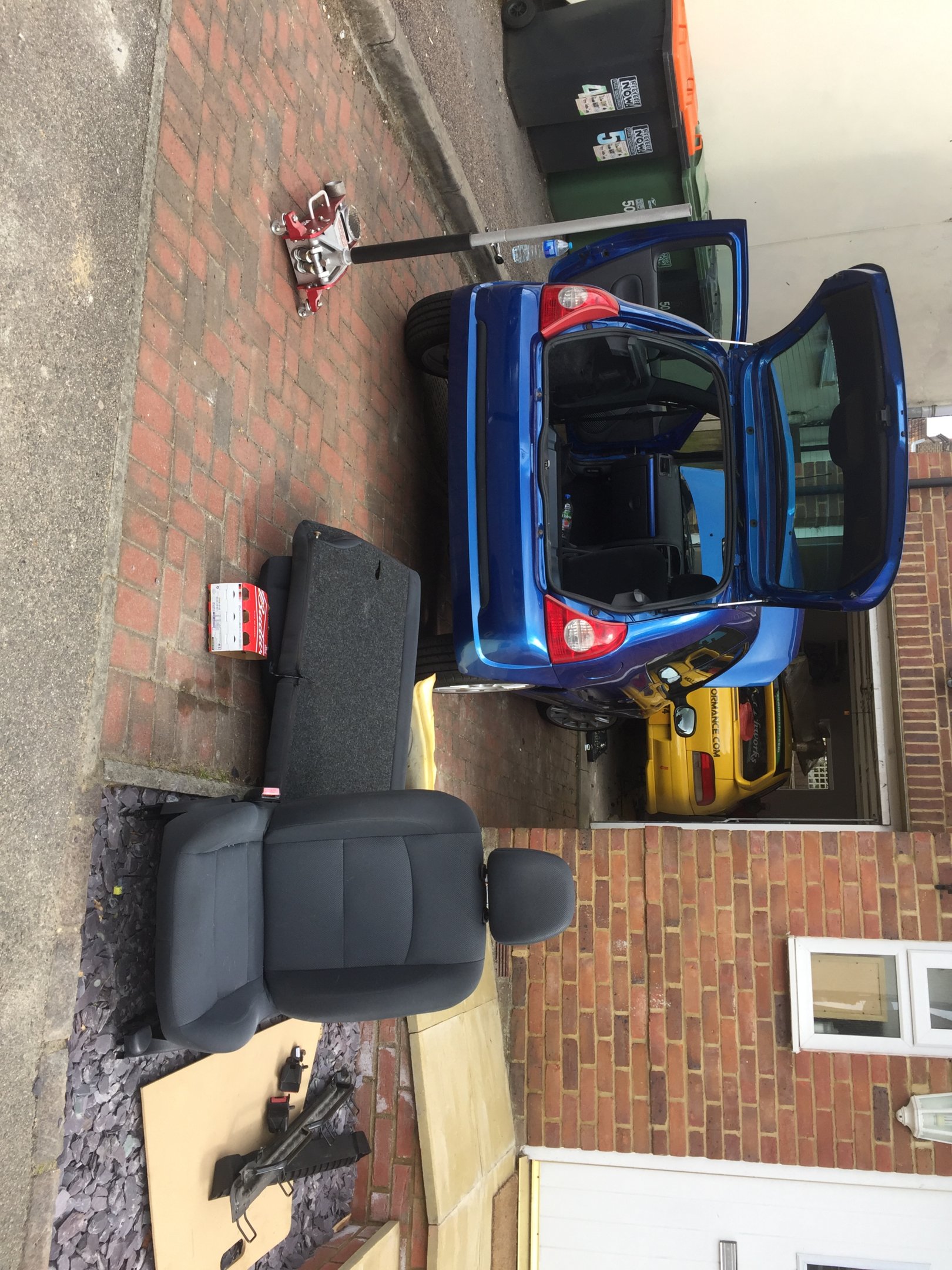 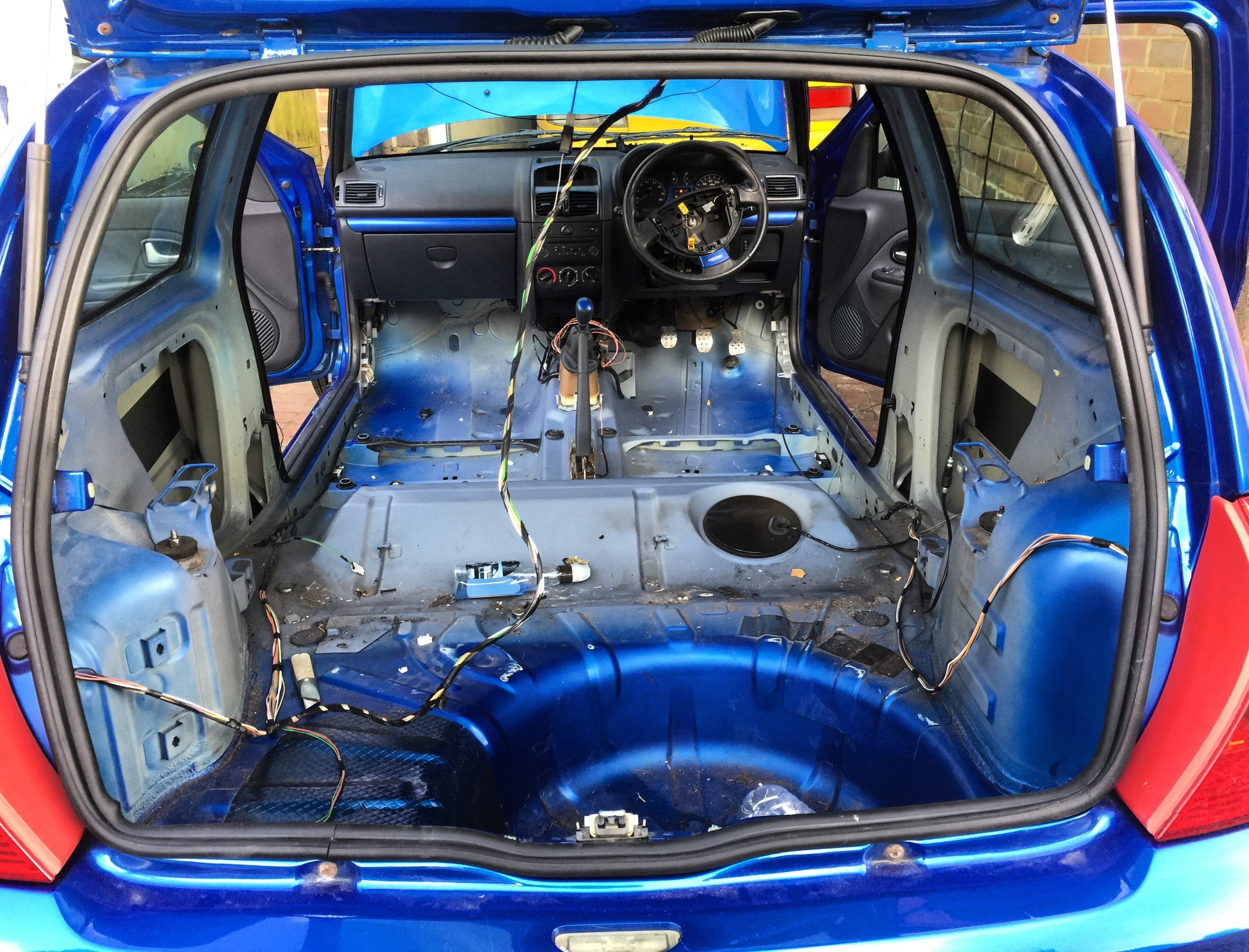 Clio 172 cup
I had car booked on for ten of the best that weekend so I had to pull my finger out and drop car to beanie sport to fit
Bilsteins, top mounts ,camber bolts ,geo ,engine mounts , arb, rear beam bushes.
I collected car a couple days later and wow what difference best mod I’d say was def engine and box mounts for sure. 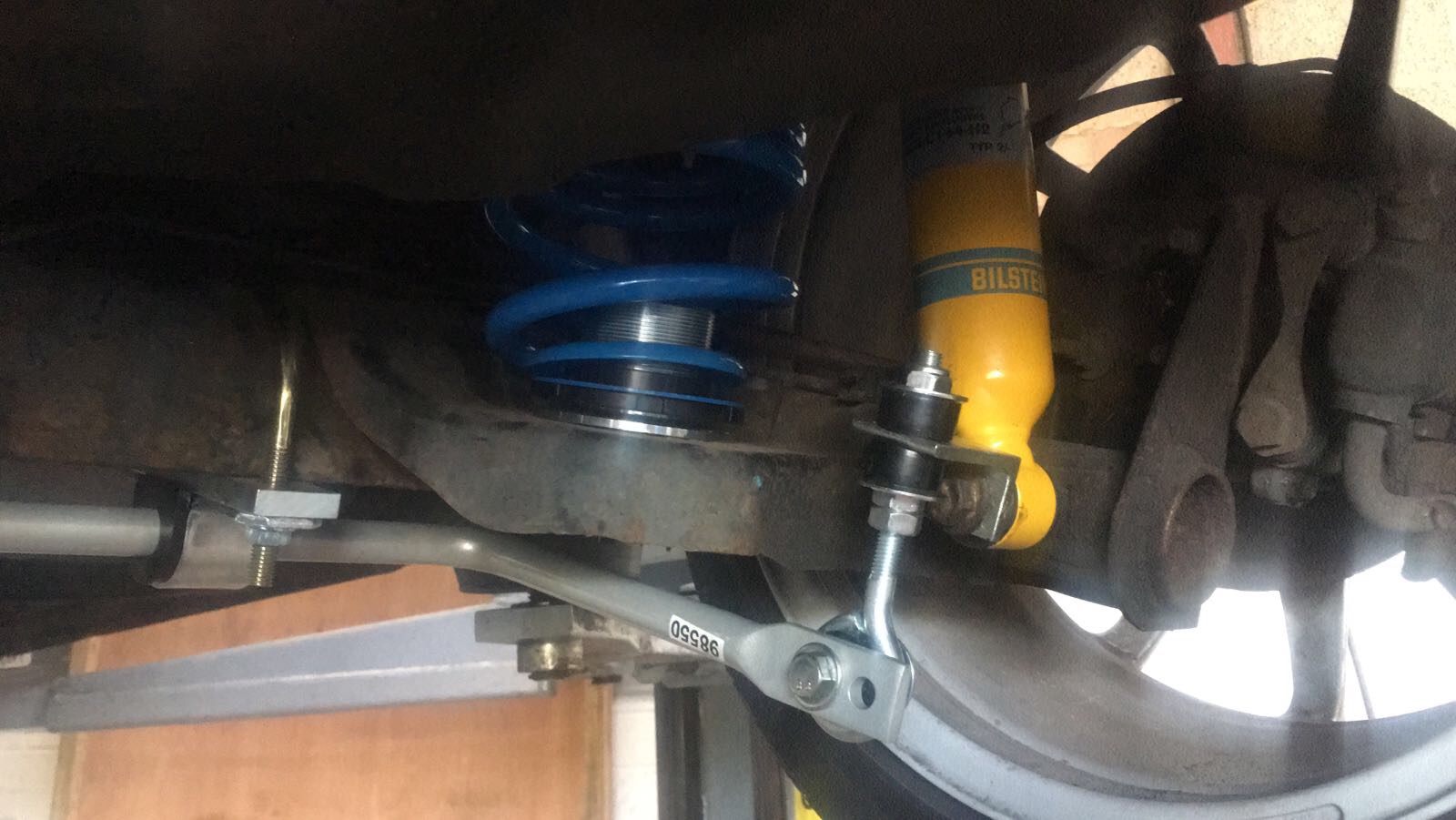 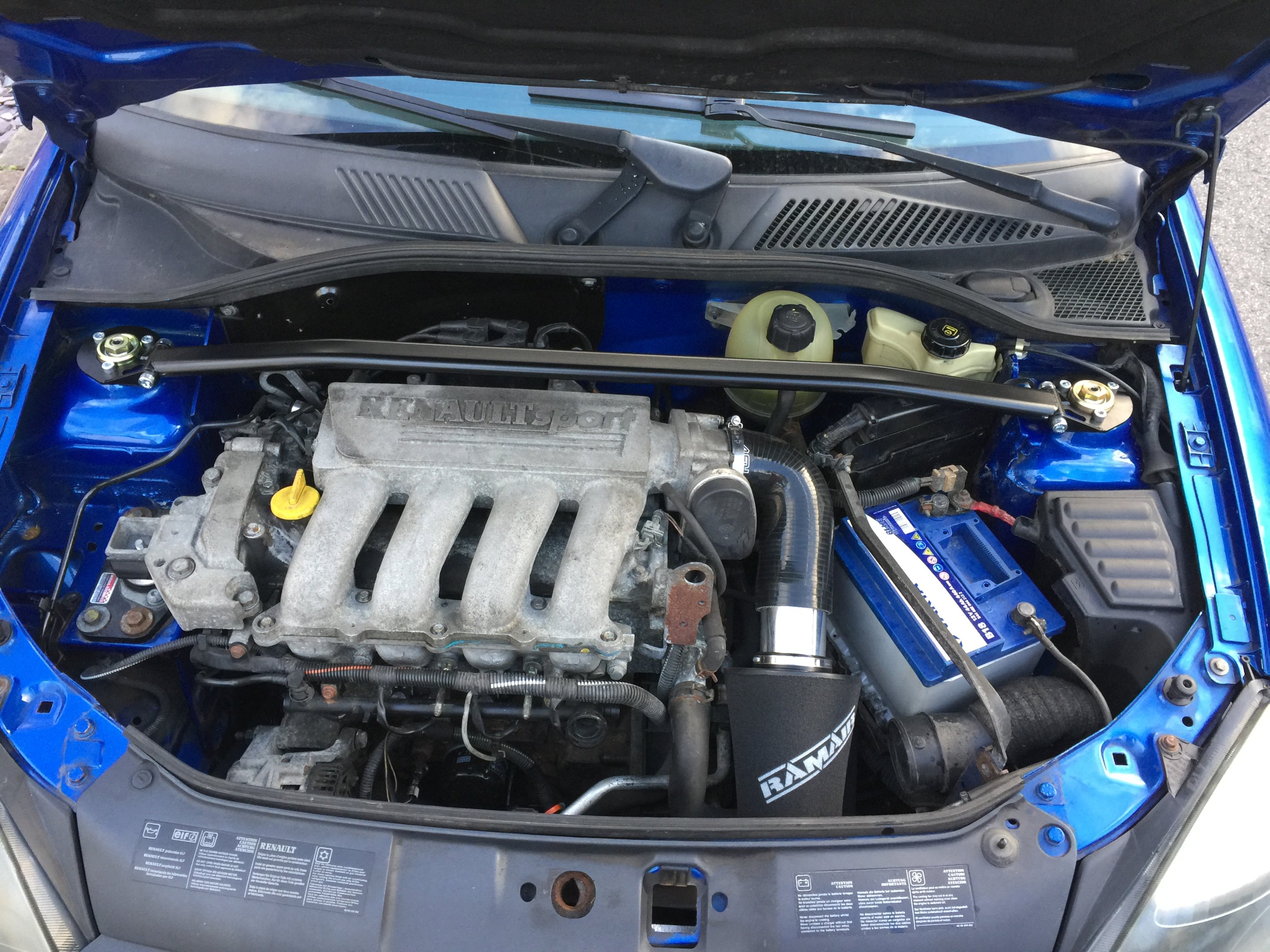 Clio 172 cup
Yesterday I went to Snetterton ( 300 layout) with a group of friends in various French cars.
Rained all day so I stayed on the continentals rather than changing to my federal rsr as i thought it was the safest bet ....now I dunno lol!
Every corner it was like a d1 drift car lol but with a few stamps on the gas pulls her straight again, what a laugh.
It was far to wet in the pit garage to wanna get wet and soften the arb or disconnect to help with rear grip. 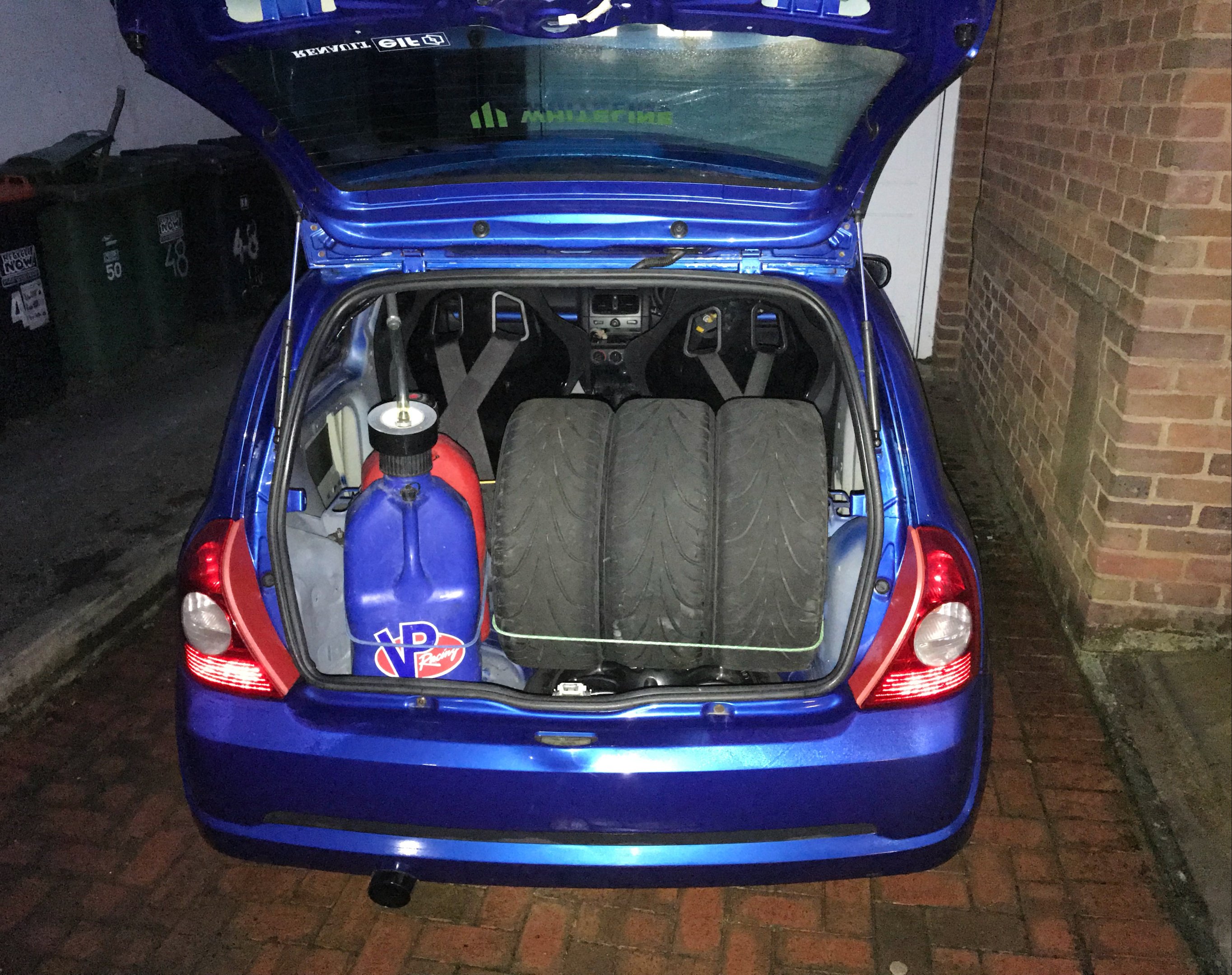 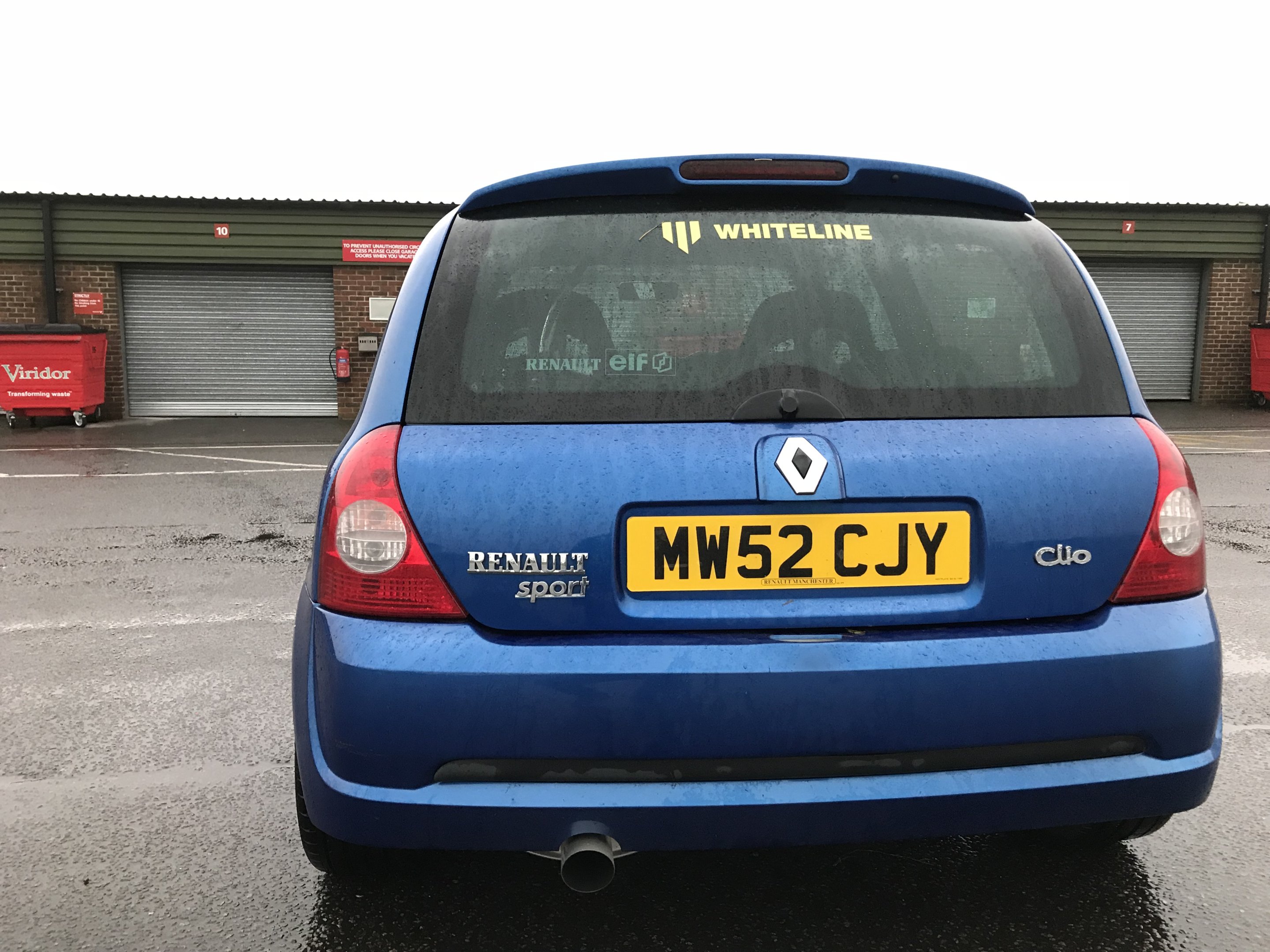 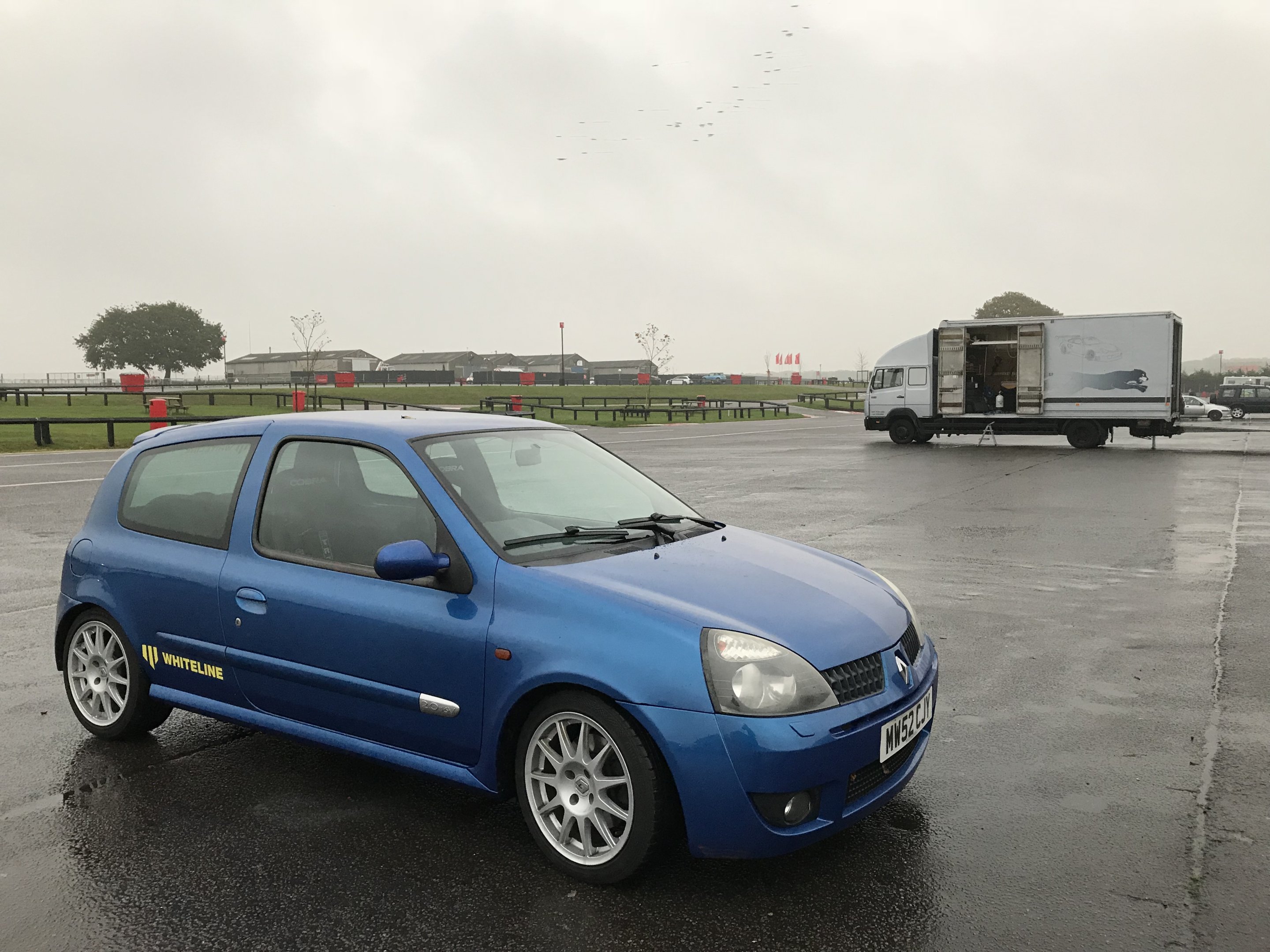 ClioSport Club Member
Clio 172, RS4 B7
Those welds on the exhaust!

Matt Cup said:
That exhaust looks spot on! Other plans look good too!
Click to expand...

Clio 172 cup
Now help from you guys be great ...
* how much can I remove from dash area with out disturbing immobilizer and any other electrics?

ClioSport Club Member
Golf PD130, 172
George can sort you out any discs and pads you need, he's a top bloke we all use him.
https://www.cliosport.net/forums/road-track-race-parts.147/

I would highly recommend some 15s for cheap tyres and less weight.
T

I would highly recommend some 15s for cheap tyres and less weight.
Click to expand...

Forgot to mention I got a set of 15 1.2 with federal rsr on. Il prob sell on my Turinis and get another set of 15s

ClioSport Club Member
MR2 Mk3 / Giulietta
As above, AD08r I have been using and rate them.
T

Will do just wheels come up cheap with them. Il def go r888r next I loved them on my sprint car
T

ClioSport Club Member
A special one.

They always come back...

Phase1sr said:
They always come back...

haimsey said:
That exhaust is beaut!
Click to expand...

She’s pretty isn’t she Emp performance work is amazing and very reasonably priced
You must log in or register to reply here.