kevin.s said:
thats why ad kept reving his engine. it was to make it look like exhuast fumes :quiet:
Click to expand...

I thought it was coming from the exhaust at first, then I got that BBQ smell


Ben10 said:
Who was the girl in the flourescent jacket that came talking to us for a bit? Got out of a bean if I remember rightly...
Click to expand... 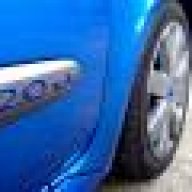 Civic Type S GT
Sash sorry we wernt all very talkative, it was still quite early in the morning! Lol!
S

Rob said:
If I did talk to you, nice to meet you, if I didn't, I'm sure you were part of the 98% of CS with invisibility cloaks on, like Hutchie, who only took his off 3 minutes before he left.
Click to expand...


thats is always the problem, so many of us and you prob dont know what most people look like.

Remember my 1st event, i spoke to the people that id met before and said, who do i know around here? or if i spotted someone that looked slightly like someon just walk up and say its blah isnt it? and introduce myself

Ill defo be going next year, and if you organise camping Rob, Im up for it 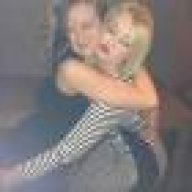 sofaboy said:
I actually enjoyed the weekend, had an hours sleep followed by a 3 hour drive and allthough i wasnt actually meant to go I had a good laugh, Kept my mind off other stuff so I cant complain.

I must say I dont know how I got through the day without boredom but I managed it, I Didnt watch Terry Grant but did watch some track sessions, walked around the cars and natted to a few people off here, Hai laura!

I purchased some stickers and got a free flump, also enquired about a CS most hated member t shirt for Lbrench.

I agree a BBQ would be a good idea or just something to get all the CS lot together, I didnt even know there was a CS track slot until it was too late.

Also agree with the Bint on the mic doing my head in, and trade stands being badly priced aswell as food. K-tec were there but only the yellow 250.
Click to expand...


Oh hai , thanks for my sticker again sweetness.

TBH I think Id deserve that over Lbrench

Ben10 said:
Who was the girl in the flourescent jacket that came talking to us for a bit? Got out of a bean if I remember rightly...
Click to expand...

Got there at about 8.30ish, got a free mag on arrival that was good.

Didnt really notice the marque (mixture of being hungover and blindness possibly) but generally thought the Club wasnt 'together' as such. I dont even think I spoke to a single member?

Generally thought the tradestands were cack, although it was good listening to the chappy at JMS talking about there induction setup.

The 2 gumbo's on the bikes were proper s**t...who came up with that idea? lol...joined by the rather over-keen drip with the microphone.

Mainly enjoyed watching the track action, although that 'Jabba' Golf was abit frustrating to watch dick over everything.

RB 200 Cup!
I just wish that f**king bint who spoke in the arena would get shot - sooo annoying!

apart from her twas a good day 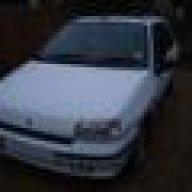 Mk1 Clio 1.4L RT
First time for me at FCS, was ok but was lacking, that stunt driver (forget his name) needed more stuff or they needed other people. Woman in the arena was annoying. Dunno if it was just me but nobody apart from the guys in the tent spoke to me (probs where I was there early, tiredness lol).
Overall was good, could just do with a bit more in the way of stands and stuff in the arena. 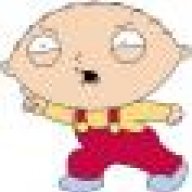 Pres said:
the parade lap for sax-p was gash, too many cars. LOL at the boys getting pulled over for racing on it though. agree with Jenic, i wish that woman would of shut up
Click to expand...


the 'saxo boyz' that were put on the naughty step was the biggest lol of the day tbh :lolup:

SG9 Forester STi
^ Yeah I laughed at that! Thought it was harsh that he actually pulled them in when everyone had gone past. Especially as the other car did the same thing and all he did was laugh. 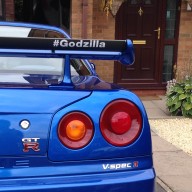 R34 GT-R & 172 Cup
What was the fastest clio there i know the 205gti was running 510bhp and saxo had the type r engined one but what about us clios.

all in all i thought it was an okay day really, enjoyed looking around and seeing the amount of money people spend on there cars. Just wish i could spend the same amount on mine.

Clio 182ff
should have been more track based stuff - like proper stigs racing the French marks against each other?

or military demos? - I've seen Navy days and its awesome.

or add a classic car element to the show - old bugatti's are sweet:

172 - 249bhp @ the wheels
I actually really enjoyed FCS this year... for probably the first time ever!

The entertainment was poor, trade stands were lacking, but I just go to meet up with people I rarely get to see and catch up. Was more of a social event tbh.

Was also absolutely great to see Darren's Williams 1 win the concourse award and car of the show overall. Well deserved, glad it was a proper car and not some pimped out shitter that won it lol
D

Clio v6
Reports from those I spoke to.....
Trade stands were not worth the effort to walk over there.
Entertainment simply wasn't.
Clubs made a better effort than FCS did. Ouch!
Nothing noticeable to think it was a 10 year anniversary.

A few criticisms aside, the FCS organisers deserve a medal for providing what there was.

CS stand was damn well arranged. I can vouch for that.
To me there seemed to be a lack of admin/staff there? so top marks to those who managed all that.

FCS is a big rubble car park. Clubs stands made good use of materials they could afford to buy and used to make the best of their surroundings.

For me personally it's about meeting with club members and other friends, seeing their cars, and noticing the efforts put into them. If there was nothing else going on I'd quite be content. At least you could hear yourself think without the incessant cackle over those damn speakers.
Last edited: Jun 16, 2010

Clio 182ff
the stunt bike show needed fire and lots of it!

Civic Type S GT
I think that in the morning the CS mods should of gatherd all of us together and to break the ice get us all one by one to state our names and our forum names. 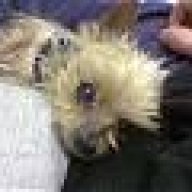 ITB BG 182
I know we joked about it last year and nothing ever came of it, but seriously with a years planning how about breaking the world record for the most Clio's on track in one session?
Would people at rockingham let us all go round 3 aside and as far back as we can possibly go?

ClioSport Admin
LY 220 Trophy
But what makes us so special that would convince them to allow us to do that over letting a different club do it. There would also need to be a cost involved because we would be using valuable time that could be track sessions.

ITB BG 182
Brian they could earn the money out of the advertisment about breaking a possible Guniess world record. An also advertise that people could help with it aswell. Other companies could profit with the extra amount of people and there for them being charged more aswell plus magazine coverage too.
An what makes us so special? Well we are one of the biggest if not the biggest club there. 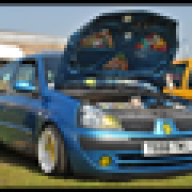 More poke than viagr
Who won the cliosport awards? 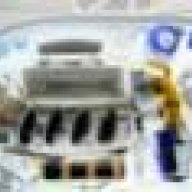 Tom 46 said:
Who won the cliosport awards?
Click to expand...

didnt even know there was any lol.

Tom 46 said:
Who won the cliosport awards?
Click to expand...

kevin.s said:
didnt even know there was any lol.
Click to expand...

Yup, there wasn't any. But for arguments sake, you all won (but you won't be getting a trophy)

Lionel Richie
how about doing a cliosport national meet like the RTOC do at santa pod?

maybe hire out bruntingthorpe for a day?


the best FCS was the one at stanford hall IMO

Trophy #056
I won't be going next year wasent any different from last year! Can't believe I got up @5am!! 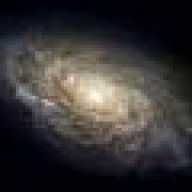 withoutabix said:
I won't be going next year wasent any different from last year! Can't believe I got up @5am!!
Click to expand...

Definately a theme here of CS doing our own national meet somewhere........

Brian said:
Yup, there wasn't any. But for arguments sake, you all won (but you won't be getting a trophy)

Edit: Special award goes to the member that had a hand drawn cs car pass :approve:
Click to expand...

Didn't a few people draw theirs? Or did someone draw it exactly? If so that's pretty cool lol.
Last edited: Jun 16, 2010

ibiza cupra
i think a national meet is a top idea:star:

More poke than viagr
Ahh my bad brian lol, i thought i read somewhere that there was, something to do with the pass thing?

Why not have a renaultsport/cliosport day at santa pod? Theres a renault turbo day there iirc?

Brian said:
Yup, there wasn't any. But for arguments sake, you all won (but you won't be getting a trophy)
Click to expand...

I dont want a trophy, just my free flump. 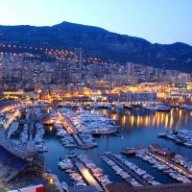 Brian said:
Yup, there wasn't any. But for arguments sake, you all won (but you won't be getting a trophy)

Edit: Special award goes to the member that had a hand drawn cs car pass :approve:
Click to expand...

I think the prize should be a flump!

I'll bring your flump to Trax.

I think the prize should be a flump!
Click to expand...

That was you then? If it was, you acknowledged me when I noticed.

I think next show, you only get a sweet if you have a name badge..

Brian said:
That was you then? If it was, you acknowledged me when I noticed.

Haha! Yeah that was me!

In the RB on the front line, I asked about getting out for Track time.

Nice to meet you mate. Hard putting names to faces on here!

Revels said:
I think next show, you only get a sweet if you have a name badge..
Click to expand...

Yup, I think so, or they can exchange a self portrait for free sweets, we'll then display their 'art' on the wall. LOL

In the RB on the front line, I asked about getting out for Track time.

Nice to meet you mate. Hard putting names to faces on here!
Click to expand...

Brian said:
Yup, I think so, or they can exchange a self portrait for free sweets, we'll then display their 'art' on the wall. LOL
Click to expand...

LOL! That would be brilliant.

Good ideas. You has them.

Revels said:
LOL! That would be brilliant.