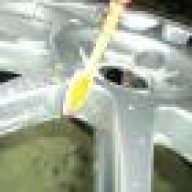 ClioSport Club Member
PH1 172, Golf 6R
Hey Guys, I'm fairly new to the site and having just purchased a 172 Cup last weekend from a member on here I thought I'd start a thread to track my progress with it.

At the age of 32 I came to the conclusion that it was time to go out and own a few of the cars that have caught my interest over the years, in that respect I hope that the 172 is the first of many.

I've had a fairly limited car history which started at 17 with a ropey '86 Escort Popular Plus, 1.3L with spaceship miles on it which I subsequently turned into an RS Turbo rep and finally scrapped as it had rusted away whilst I was at uni (no pics sadly..probably for the best). I reckon I pushed that car more than I drove it

Due to a lack of money and the fact I lived in London I didn't get another car until I was 23 when I opted for a mint, 30k miles, FFSH 1.7 Puma and quickly discovered 'detailing'. I guess I had a thing for Fords but you do tend to get a lot of car for your money. I really loved my Puma, the engine was poky compared to what I was used to and chucking it round corners was awesome fun, it felt factory fresh and was a joy to drive.

It was a sad day when I came to sell it but the blow was softened by my purchase of another low mileage (40k) FSH motor, a BMW Z3 2.8. I searched for months to find a later facelift model with M-Sport seats and more importantly twin VANOS (double-variable camshaft control) and it was EPIC! The torque was ever present right through the rev-range and it felt solid and planted compared to the Puma.

After a detailing session (my ex made it into the shot too):

I eventually got rid of the BM for close to what I paid for it and bought a little run-around (1.1, 106 Zest 2) as I needed cash to go travelling. Given most of my time was spend in traffic to and from work I really appreciated its 'go-kart' esque driving and the fact I only had to fill the tank once every three weeks. Plus get a load of those faux-tartan seats.

Some pics from the advert:

How could I resist such stylish mud covered tartan seats..

So now I've been driving my diesel works Mondeo for a year which has been comfy, wafty and spacious and as the months rolled by I decided I wanted something that I enjoyed driving again. After researching a few cars I finally settled on a Cup as it's got a great power-to-weight ratio, is also surprisingly economical...and let's face they look awesome in Mondial blue.

I wanted another low miles (60k) example with decent service history (all MOTs and fully stamped) close to standard example to work from (this one has a PH1 filter and K-Tec exhaust).

Here's a pic of it as advertised:

To be fair it's in very good condition as it is but my plans are (if this rain ever stops) to detail it to within an inch of its life, replace the tyres (I think I've settled on Michelin PS3's) and get any work done which is necessary to bring it right up to scratch....oh and DRIVE IT!

Despite the rain I did manage to start the clean-up operation starting with the boot and spare wheel which was a bit mucky..

You've got woodchips in your bootwell sir...

I started by applying AG Wheel Cleaner to the alloy

And then agitated with a toothbrush

The inside of the wheel was shocking..covered in a sludgy sort of grease

Eventually I got through it all, took off the stick mess left from previous wheel balancing efforts and was pretty pleased with the difference, (AG Tar Remover got rid of the last stubborn spots you can see)

I took all of the tools out of the kit and cleaned them individually, hosed the plastic kit box down and left it to dry. It looked much better afterwards

Anyway, I hope you enjoyed reading this and I'd welcome any comments you have. I'm based in Surrey so if any of you are local and fancy meeting up please get in touch.
C

Renault Clio 2001
Wow that makes a huge difference, making me want to get the sponges out, although its raining so I may give it a miss for today haha, top work though

Matt W said:
Urgh CV grease. Ruined one of my wheel brushes on that stuff!
Click to expand...

Yeah, I think I might have done the same...wondering if soaking it in fairy liquid will help?!

Thanks for the comments, I'm looking forward to working on it more!
R

Ex 172 Cup owner
Good work matey, nice to know its being looked after

ClioSport Area Rep
Mini JCW
Definetly a CV boot came off when that wheel was on. It happend on mine to and the grease went everywhere!

Nice clean boot though, just need to do the rest of the car now!

ClioSport Club Member
PH1 172, Golf 6R
Just resurrecting this thread as I can't believe it's been almost 3 years since I sold my cup and I wanted to have a record of all the things I did to it as I'm hoping to get back into Clio ownership in the not too distant future.
After the first cleanup I did there were a few little jobs to attend to in order to freshen it up, starting with the gearknob which had all but faded away...so off it came

With decals bought from someone on the forum..

I then applied about five layers of clear lacquer to form a really nice finish and protection for the decal itself.
Next up was replacing the door pillar badges..

With brand new decals straight from my Renault main dealer..

After winning a Cabasse stereo on ebay I then replaced the aftermarket stereo as I wanted something which was OEM and it suited the car much better. I also got a Connects2 Aux cable so I could have my ipod touch connected and surprisingly I found the Cabasse gave a better quality output than the previous headunit.

With those smaller jobs done it was back to the detailing, first off I clayed the whole car and cleaned all the doorshuts/jambs

Next up I attacked the K-Tec recessed exhaust with some wire wool and autosol..

Not perfect but much better..

I then washed the wheels and treated then to some Megs NXT tech wax. The finish on the wheels was good as the previous owner had them refurbed not long ago. The wax was pretty easy to apply and remove but I don't think it lasts all that long.

All of the wheels were then shod with new Contisport Contact 3s...I find new wheel marks really satisfying!

I'd bought a new DA to use specifically for the clio as, having used a rotary before, I had heard DAs were much more user friendly and I was curious to see what results I could get. After washing and claying I tried a few combinations before settling on menzerna power finish on a hard/medium pad...

...followed by final finish on a softer pad...

I can't remember the LSP I used but I might have even experimented with poorboys blackhole followed by Autoglym HD Wax.
In any event I was really pleased with the final outcome as the Mondial blue is an amazing colour to work with and fantastic when the sun comes out..

And a beading shot...

ClioSport Club Member
PH1 172, Golf 6R
Finally I tackled the headlights as they were really crazed and I had seen a lot of members have success with these. I used a number of grades of sandpaper followed by a number of passes with the DA to get them from this...

After detailing the car and using it as a daily driver I started to think about trackdays and having read about the common modifications people make it wasn't long before I got the following in the post..

I took all of these to Mike@Rentech in Portsmouth where he fitted them and changed the cambelt, dephaser and waterpump.

I did a couple of trackdays in the Clio, the first one was at Bedford on the SEN track which was a great way of learning the ropes and testing my own limits...sadly I don't have any of the car on track.

Having done Bedford I was then invited by a friend to go over to the Ring which was absolutely epic and an experience I will never forget.
Convoy waiting to set off..

Chased by a Porsche (they soon caught us!)..

I have to say I was really impressed by how competent the Cup was on track, there was a 370z which caught us towards the end of one lap on the straights but when it came to corners we were actually pulling away and putting more space between us on every bend. To be fair I do think the driver of the Z may have been being tentative as it looked like quite a new car.

Anyway, sadly the Clio only ever got used as a daily driver after that and it eventually ended up firing on three cylinders which is when I decided to cut my losses and sell it to get my current ride which is a lot more refined but much less fun. Current ride after a spruce up..

I've realised I've missed the Clio so much that I've decided to find a nice Phase 1 that I can invest a bit of time and energy in restoring and maybe the odd trackday or two!
Thanks for reading and any comments welcome.
You must log in or register to reply here.
Share:
Facebook Twitter Reddit Pinterest Tumblr WhatsApp Email Link