I got the car recently from Anstruther after a dander along with @sburrel93 I decided to take it, it seemed to have been well loved, ktec catback, apex sprints, new discs pads and shocks and a set of 17" superturismo's which were very quickly changed for a set of 15" superturismo's and the former are in the garage so I'll need to shift them.

After purchasing it on the Friday night @sburrell93 spent 2 days machine polishing it to its former glory as the paint was quite swirled (the orevious owner didn't even know it had gold flake in it)
After that I've been fixing up little things, I got a fattys induction kit fitted to sort out the morbid intake Temps I was getting and I have a video to upload later about that too, I picked up a ktec boot mat and ripped the back seats out, new first lambda and an evol dogbone with yellow bushes. Car is much vibrate now.
I've decided instead of going for some red styling or some s**t I'm going to go for the clean look, it is a full fat clio and I think the silver alloys suit it so I'm going for clean but subtly modified instead of something mental.

My previous car was an astra vxr so it was quite to very nippy in straight lines and to be honest I was quite disappointed going to the clio in terms of speed, however I've began to love it as it's new 15" shied make it handle like f**k, in ways the astra could never dream of no matter how many whitelime arbs you fit to it lol!
The clio has a set of piper performance cams fitted and a shitty map to suit from supercedes so I'm currently in performance hq now getting that sorted, as for power I think I'll be done after this, I fancy getting a whiteline or pms rarb, pms top mounts and strut brace then who knows!

ClioSport Club Member
ph2 182, mk1 mx5
Quick update, ehhh car has shat itself whilst being remapped due to the superchips map being an irregular file size, apparently this is common for revo tuning etc however at the moment the car has immobilised on performance hq's dyno, russ has told me he's going to have to take the ecu out and desolder any chips that may be there etc and itl be a couple days before I get it back. Love it, shite as it may be it's just unfortunate really, top guys here for sorting it out for me and they're hoping to get it all sorted soon as 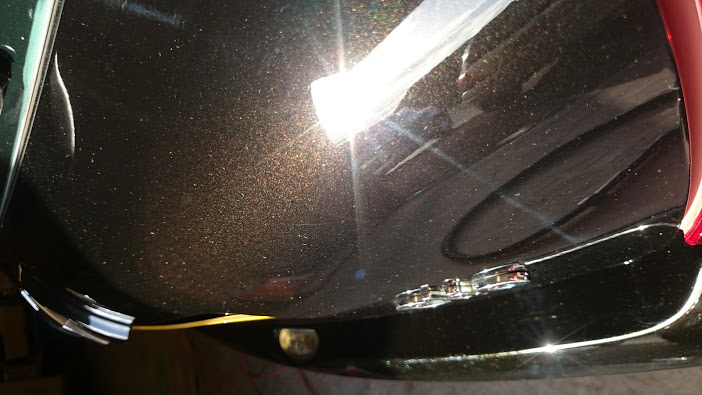 after ripping the back seats out 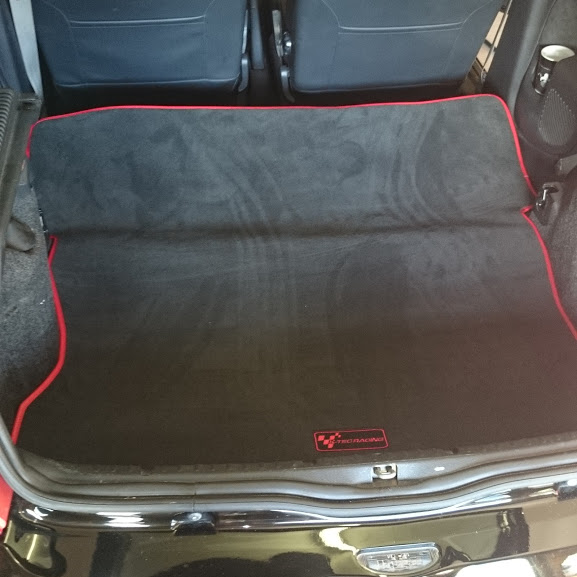 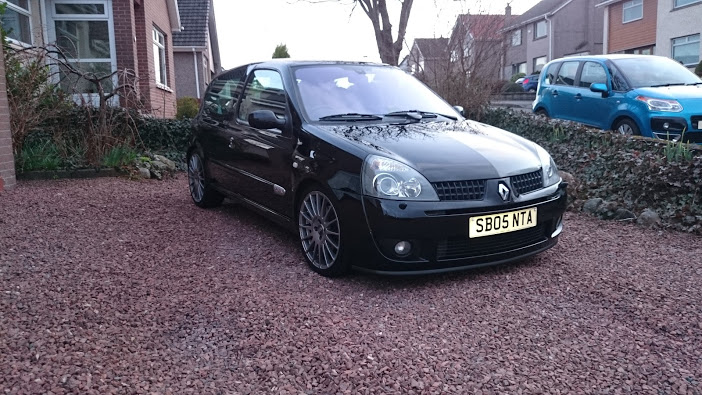 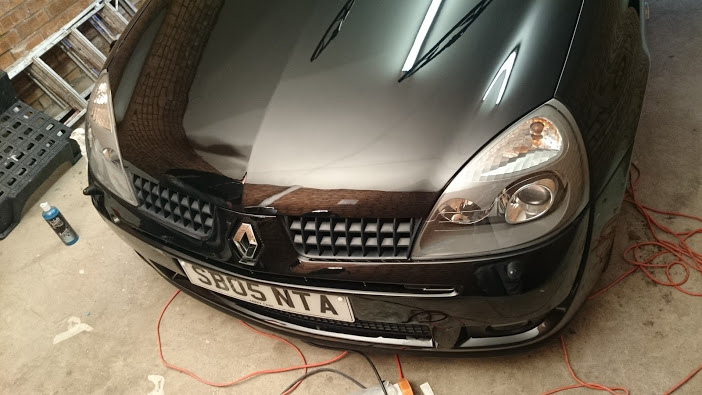 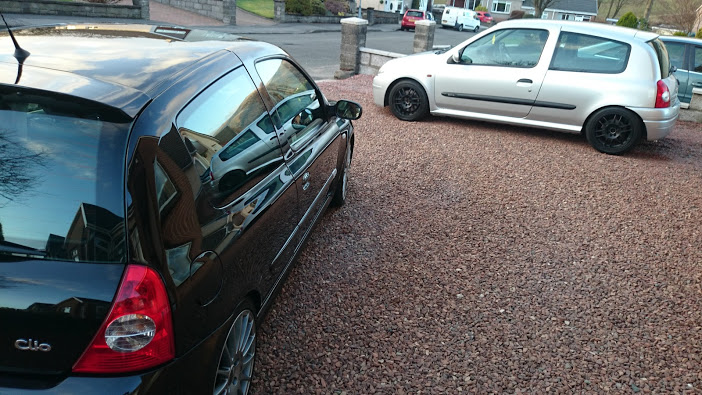 before and after of the paint 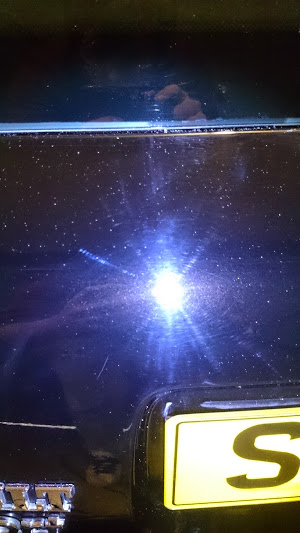 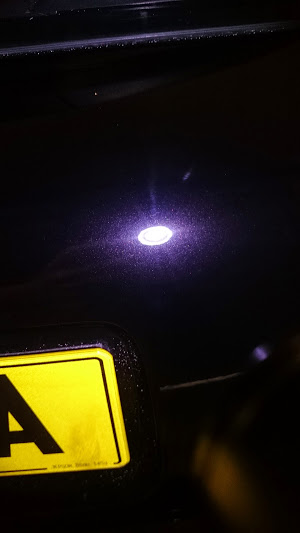 ClioSport Club Member
ph2 182, mk1 mx5
turns out after an argument with a speed bump i have 2 totally shat rear exhaust bushes so i'll get them ordered up shortly 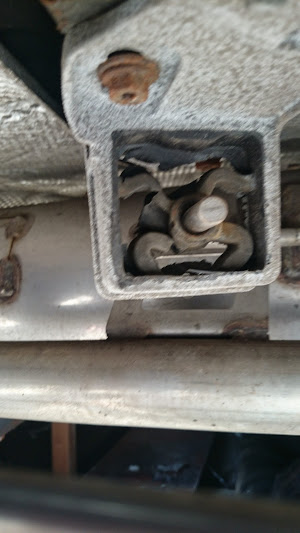 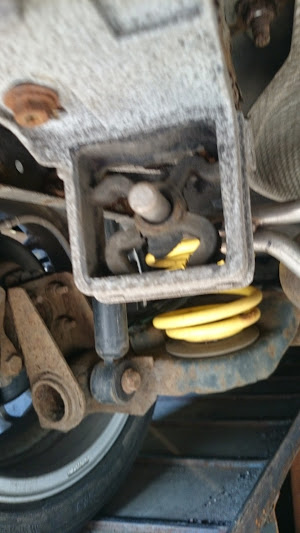 reflection pic because because 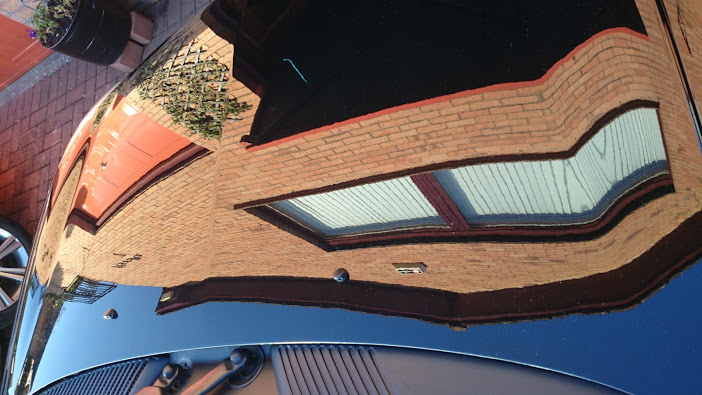 got a couple videos from the initial dyno run before it all went downhill aswell, ill get those later

ClioSport Area Rep
E92 320d, Ph1 172
I'll dig out the photos of the bonnet with the before and after polishing shots when I can be bothered. Those halogen lamps showed up all sorts of horrors in the paint 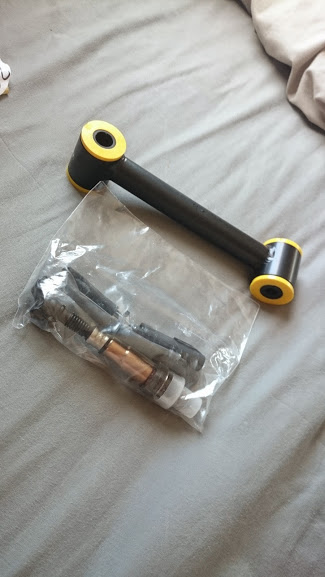 ClioSport Club Member
ph2 182, mk1 mx5
@sburrell93 i cant find any before and after photos of the damaged paint, too many photos to rake through on the phone!

ClioSport Club Member
ph2 182, mk1 mx5
phoned up hq thismorning, they had to send my ecu away and its being worked on today so i might have it back tomorrow. hooray

ClioSport Club Member
ph2 182, mk1 mx5
purchasd some new exhaust hangers from fleabay for the grand old price of £7 odd quid each, also got some EXH008 powerflex exhaust bushes which im gunna fit to them after seeing a thread on here about it, so thatl be something to do when i get back 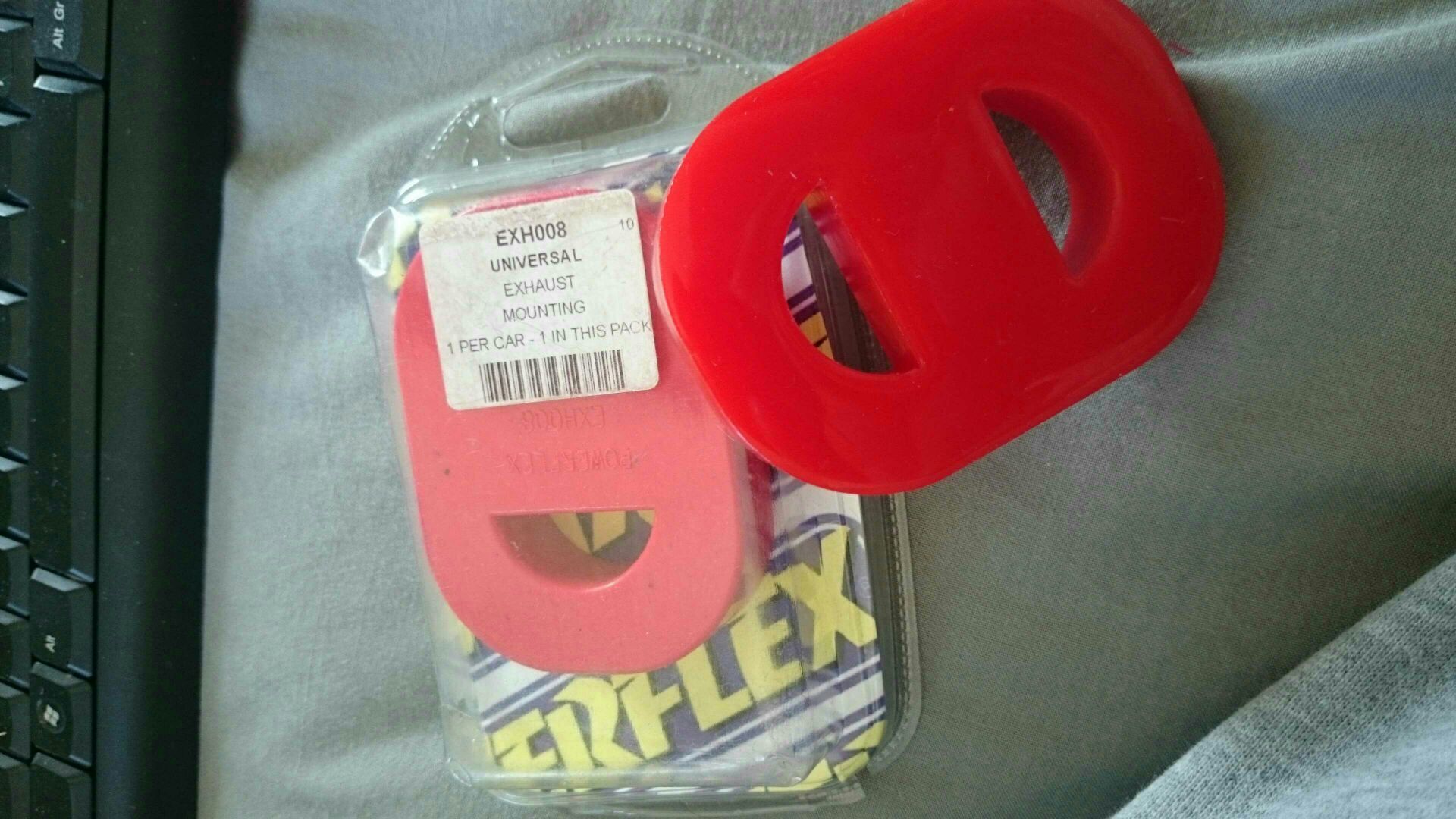 Jebus Christmas thatl be these here then...so much for delivery on Tuesday 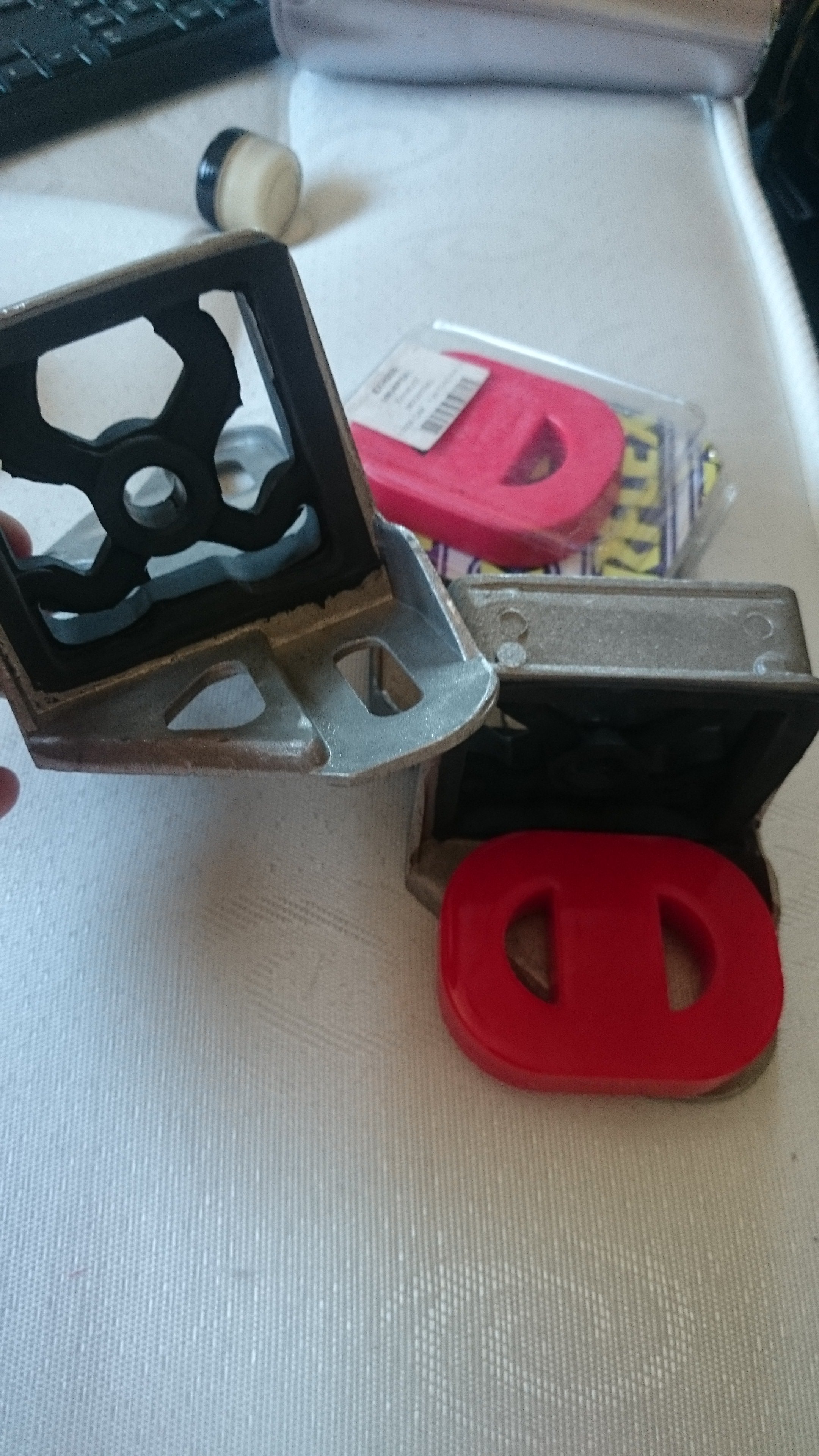 Back from Aberdeen and my new exhaust mounts are here! These will just be used temporarily and kept in decent nic as I'll fit the bushes to my old scabby mounts, spray them up nd keep it nice

ClioSport Club Member
ph2 182, mk1 mx5
On another note I still don't have my car back as it wasn't ready. Which is kinda taking the absolute piss. So itl be MAYBE ready by Monday at the latest which is useless

ClioSport Club Member
ph2 182, mk1 mx5
Inlet mani arrived the other day with a fuel rail guard, got a metal polishing kit on the way too so I'll have the bay looking decent soon hopefully!
Also getting a set of 10mm 1 degree spacers for the rear

On another note I still don't have my car back from its remap. Thatl be 3 weeks on Tuesday
D

Back from Aberdeen and my new exhaust mounts are here! These will just be used temporarily and kept in decent nic as I'll fit the bushes to my old scabby mounts, spray them up nd keep it nice
Click to expand...

I fitted these and they lasted about 4 minutes... The exhaust smashed them to pieces, when I looks at them a few months later all that was left was red chunks..

A softer lump of rubber would work better, this stuff just splits and falls apart..

ClioSport Club Member
ph2 182, mk1 mx5
ah fair enough! never really seen anyone complain about it, il go for it and see how it lasts and if they just break ill put the new oem mounts back on, whenever i get the car back haha
N

FF Clio 182
Nice to see a clean black gold. don't seem to stay that way for very long I find

ClioSport Club Member
ph2 182, mk1 mx5
The previous owner didn't even know it had gold flake! He asked me to teach him how when I showed him it clean haha!
C

FF Clio 182
Yeah get that all the time when I tell people it's black gold. They are just like no it's plain black
C 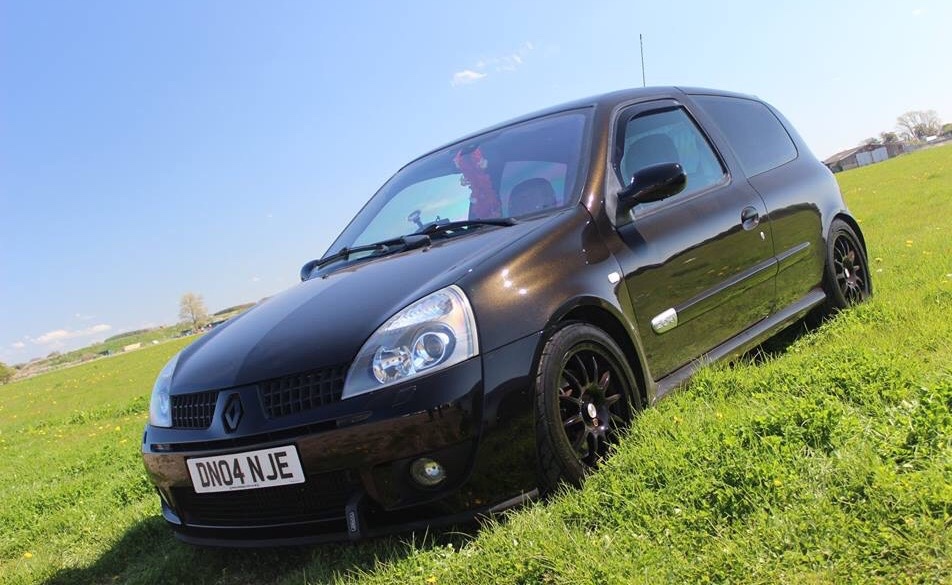 ClioSport Club Member
ph2 182, mk1 mx5
Looks awesome! I love black gold, I wasn't sure about it when I got it but after the detail I love it, I just wish I had it!! Tomorrow will mark the 3 week point for a remap...
C

FF Clio 182
Yeah it's a very rewarding colour to clean

ClioSport Club Member
ph2 182, mk1 mx5
Some more bits arrived! 10mm spacers with 1 degree camber from @Josh_F, look awesome! Just need some hubcentric ones for the front but I'm unsure what size to get for the front 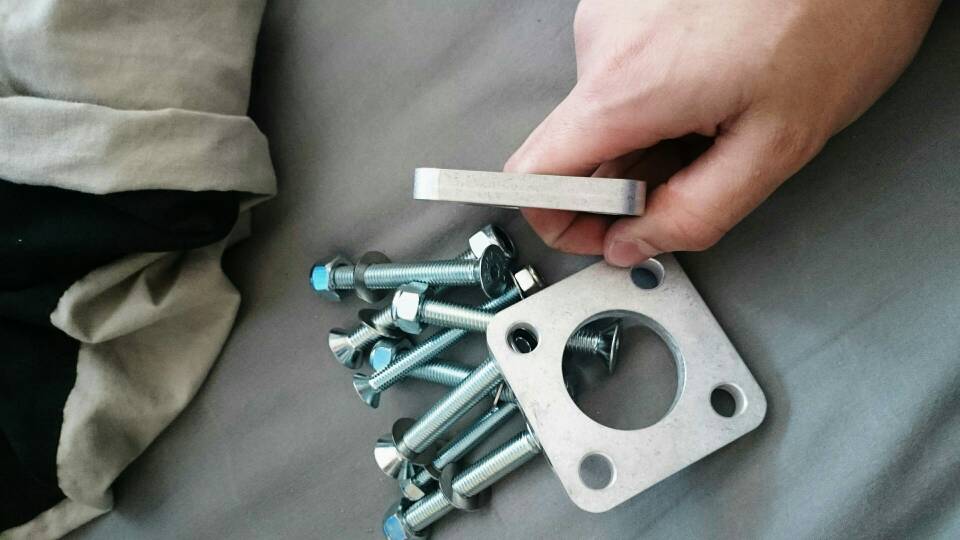 ClioSport Club Member
ph2 182, mk1 mx5
Hooray!! The car is finally back after s long 5 weeks of problems bit, everything ended up sweet, the car was put back to a standard map and it's actually gained power! Obligatory clean of the car when I got it back and I got the exhaust hangers sorted out!

Now I just need to get the rear spacers on and the plenum polished up! 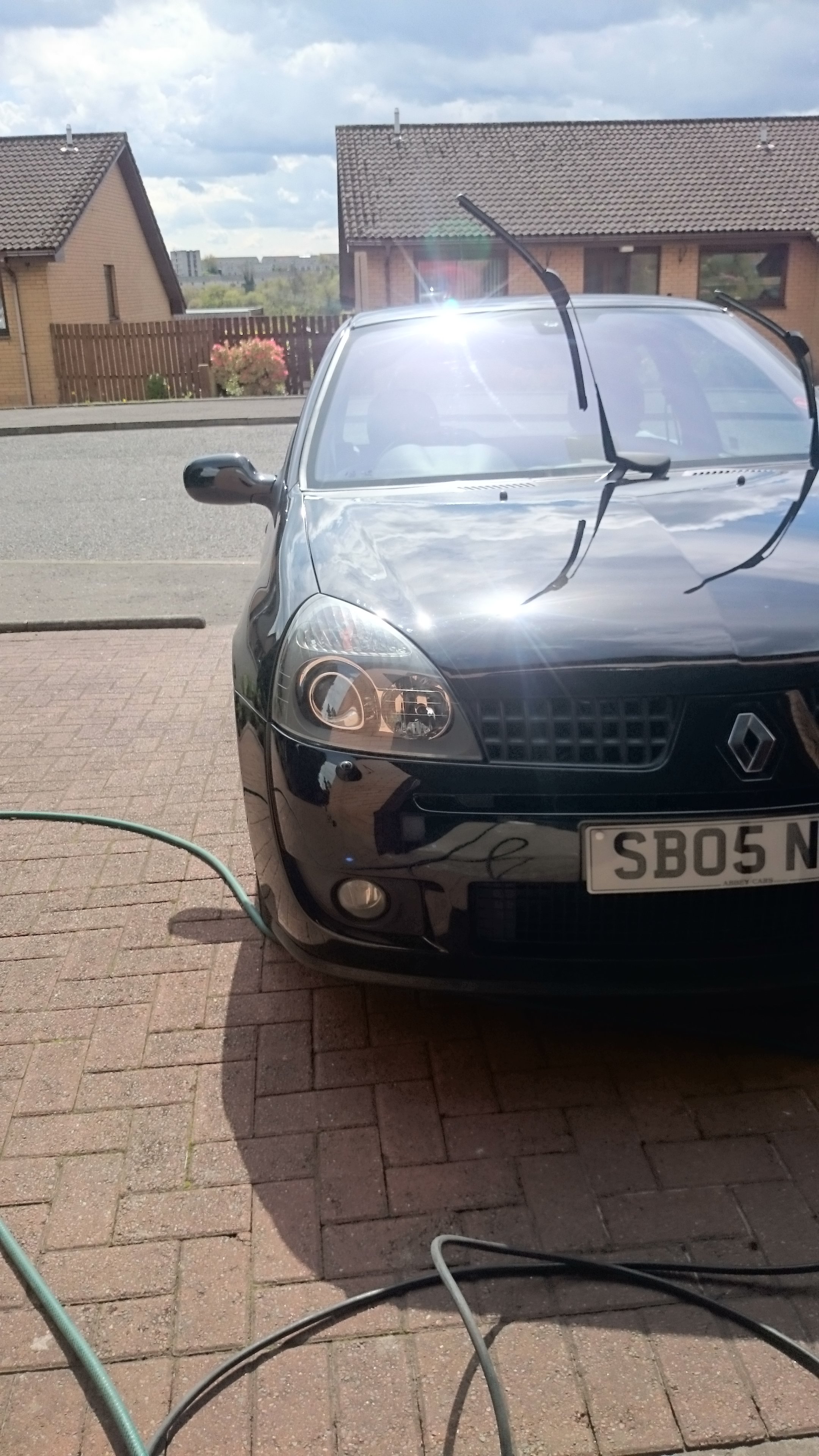 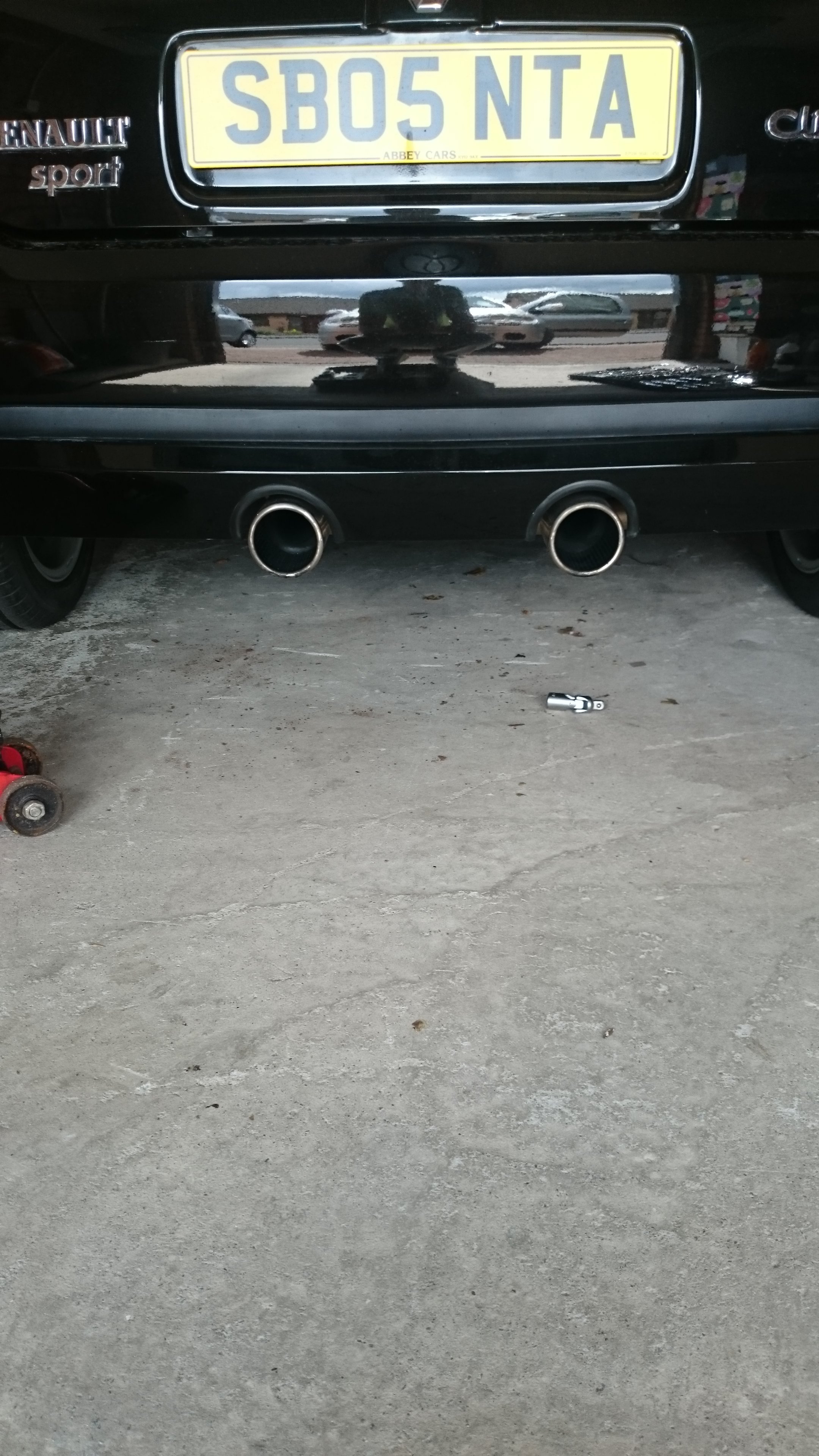 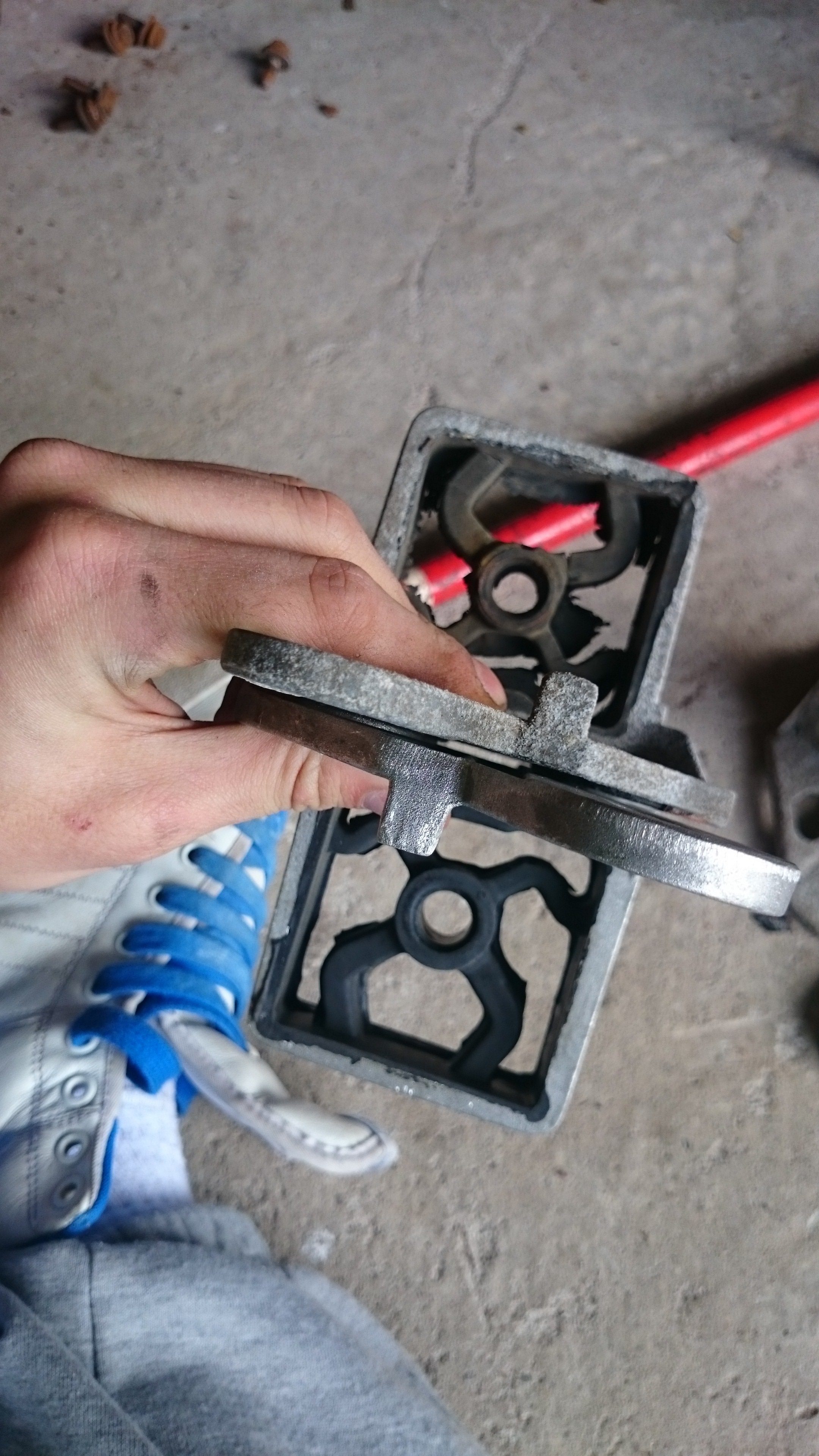 Also once I got the old mounts out I gutted them and gave them some black paint just to be fancy, will fit the powerflex bushes and ken them on the car, keep my new mounts for spare just incase haha 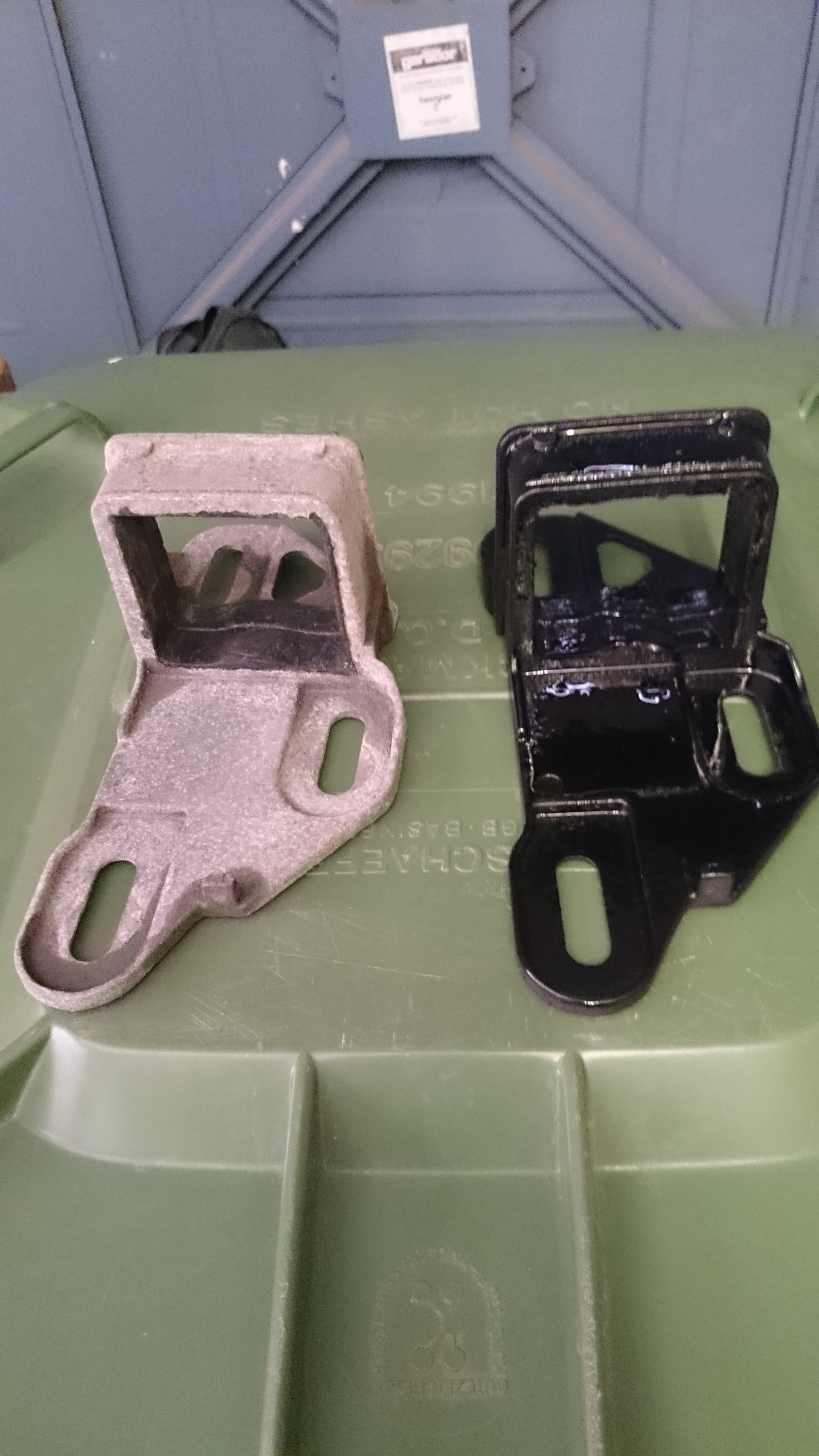 ClioSport Club Member
ph2 182, mk1 mx5
Not mucked happened as far as progress goes apart from developing a misfire, its strange, sometimes when driving it it just gives up all throttle like it's stalled when driving, let it rolls bit and it revs, it does it intermittently, new spark plugs fitted made an improvement and the delphi says my new lambda is fucked hooray! Picking up a new one today that's not cheap pish, hopefuly it sorts it out! It's also lumpy as f**k so I may take the cat off and see if there's a nice big hole through it or something. Fun and games!

ClioSport Club Member
ph2 182, mk1 mx5
Cars all good now! Shiny new lambda sorted my problems! So cleaned it and took it to a local meet and booted the arsehole off it to celebrate 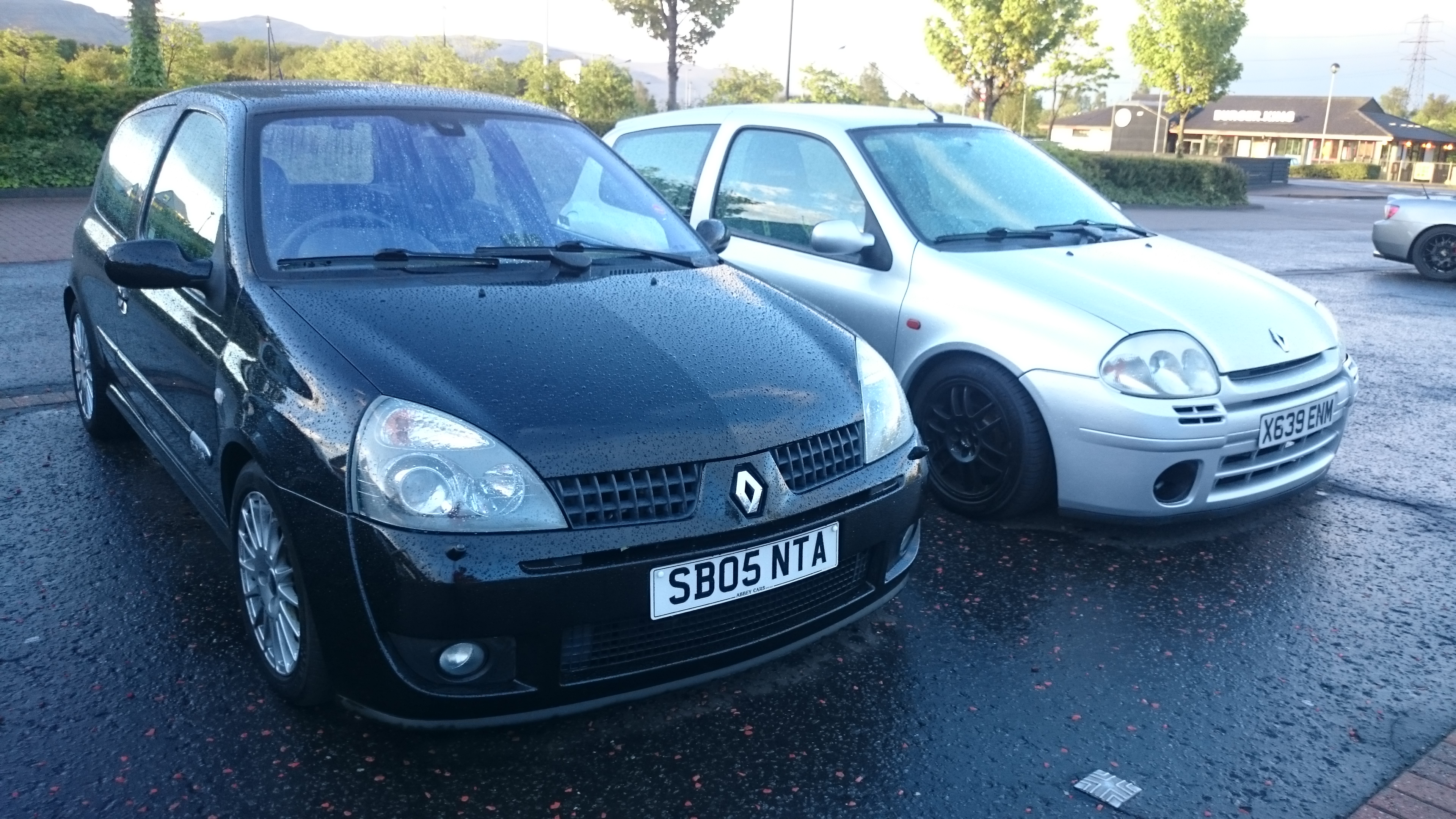 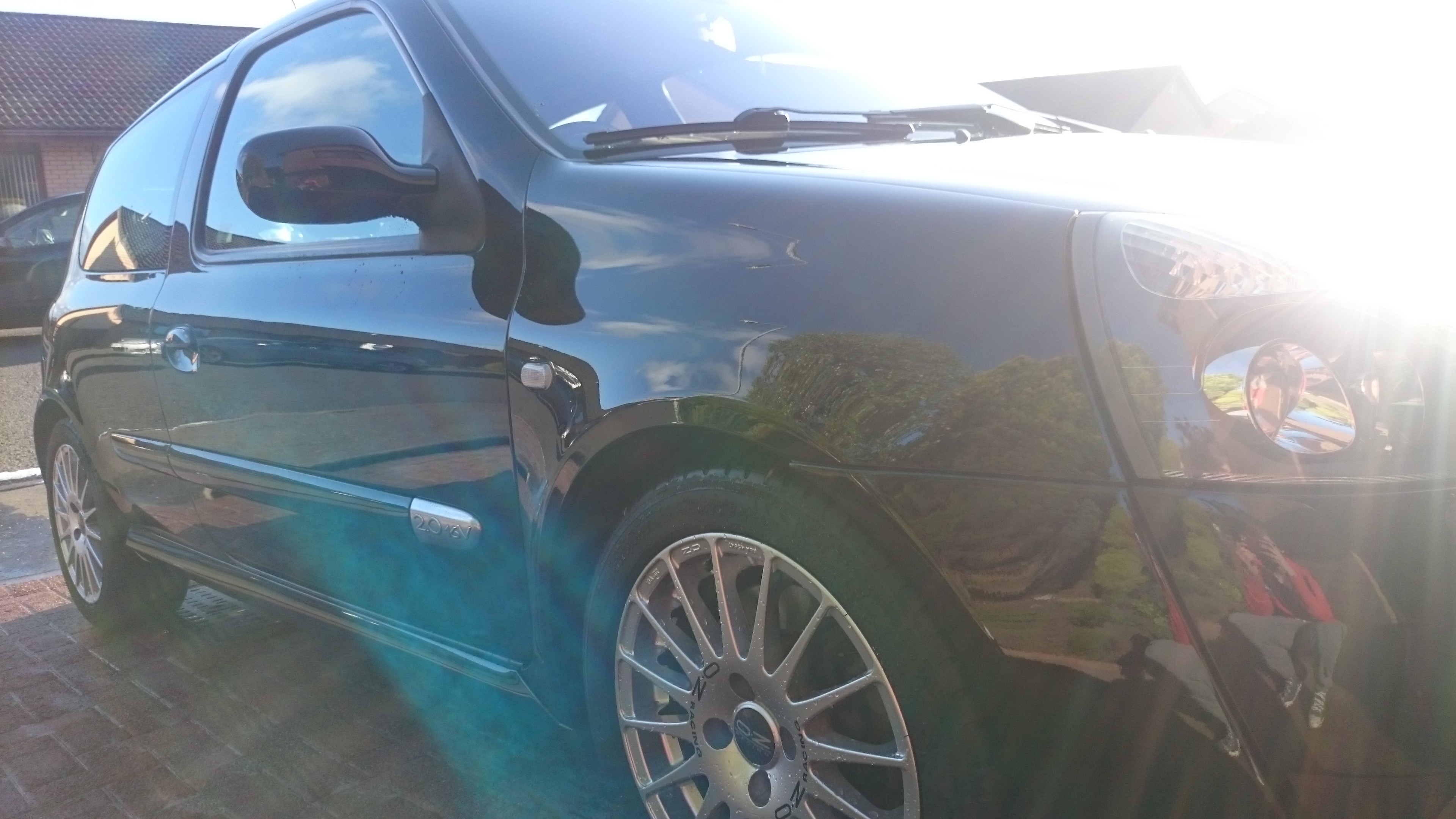 BG 182 FF
any shots with the Superturismo from the sides ?

cheers mate, there are a rare sight and look pretty good on the BG

harry999 said:
cheers mate, there are a rare sight and look pretty good on the BG
Click to expand...

Mines came with 17" ones with brand new tyres! End of last year from demon tweeks, got s receipt for about 1200quid for them!!! Went and picked up the 15" for an excellent price, very pleased with then, they look great imo, unsure if I want to keep them thst colourful maybe go darker 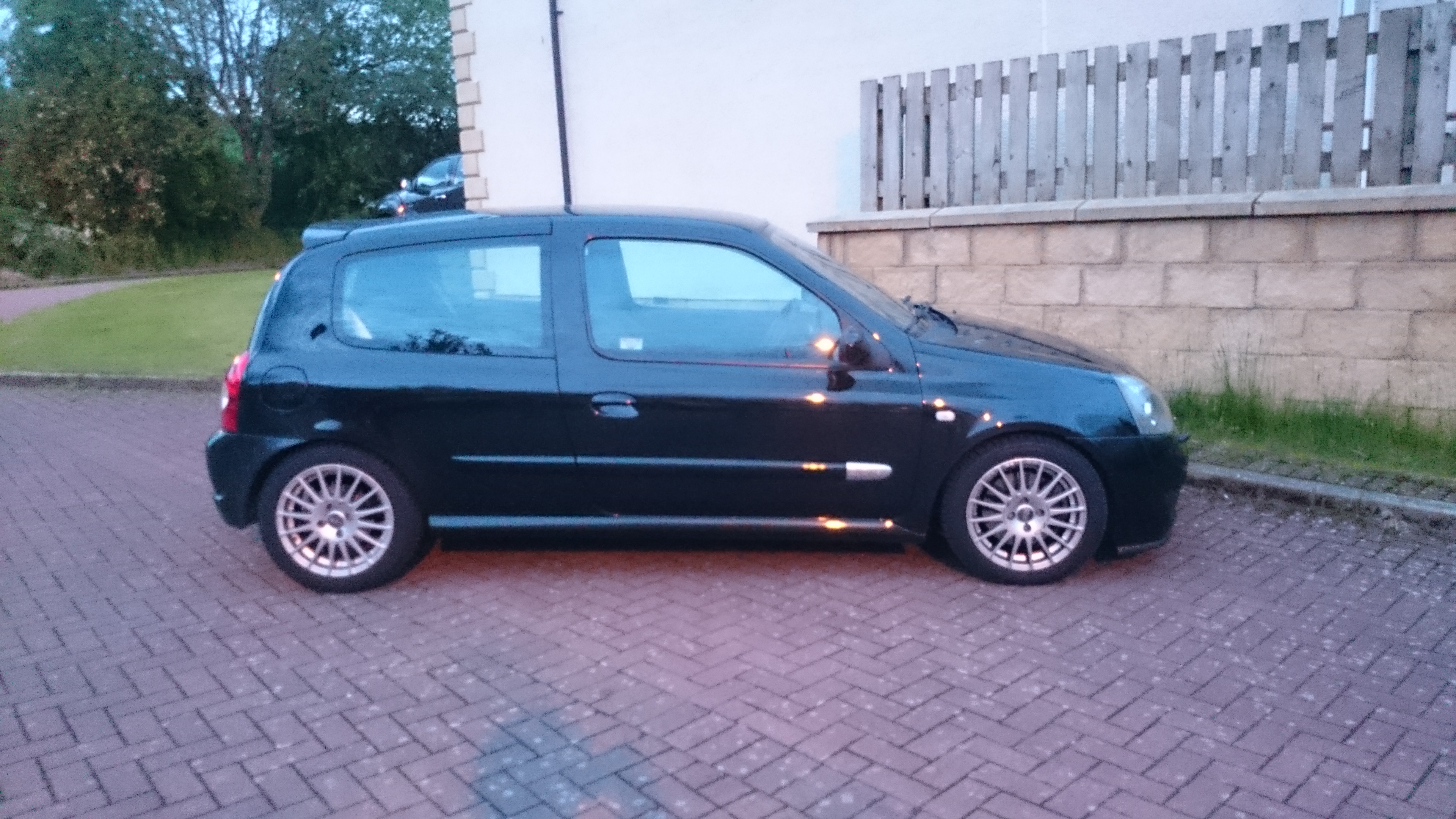 ClioSport Club Member
ph2 182, mk1 mx5
Absolutely hee haw has been going on, changed the lambda again but this time for an expensive one, light stayed off for a few days then came back, suspect shite wiring, however last night after a bit of a thrash...within the speed limits.... The eml went off and it's stayed off so far, fine by me as it's driving smoother and everything now! Apart from that I've done nothing, spacers are there to be fitted and I need to polish the other inlet mani I got, so the most progress I've made to this build in the past wee while is cleaning it 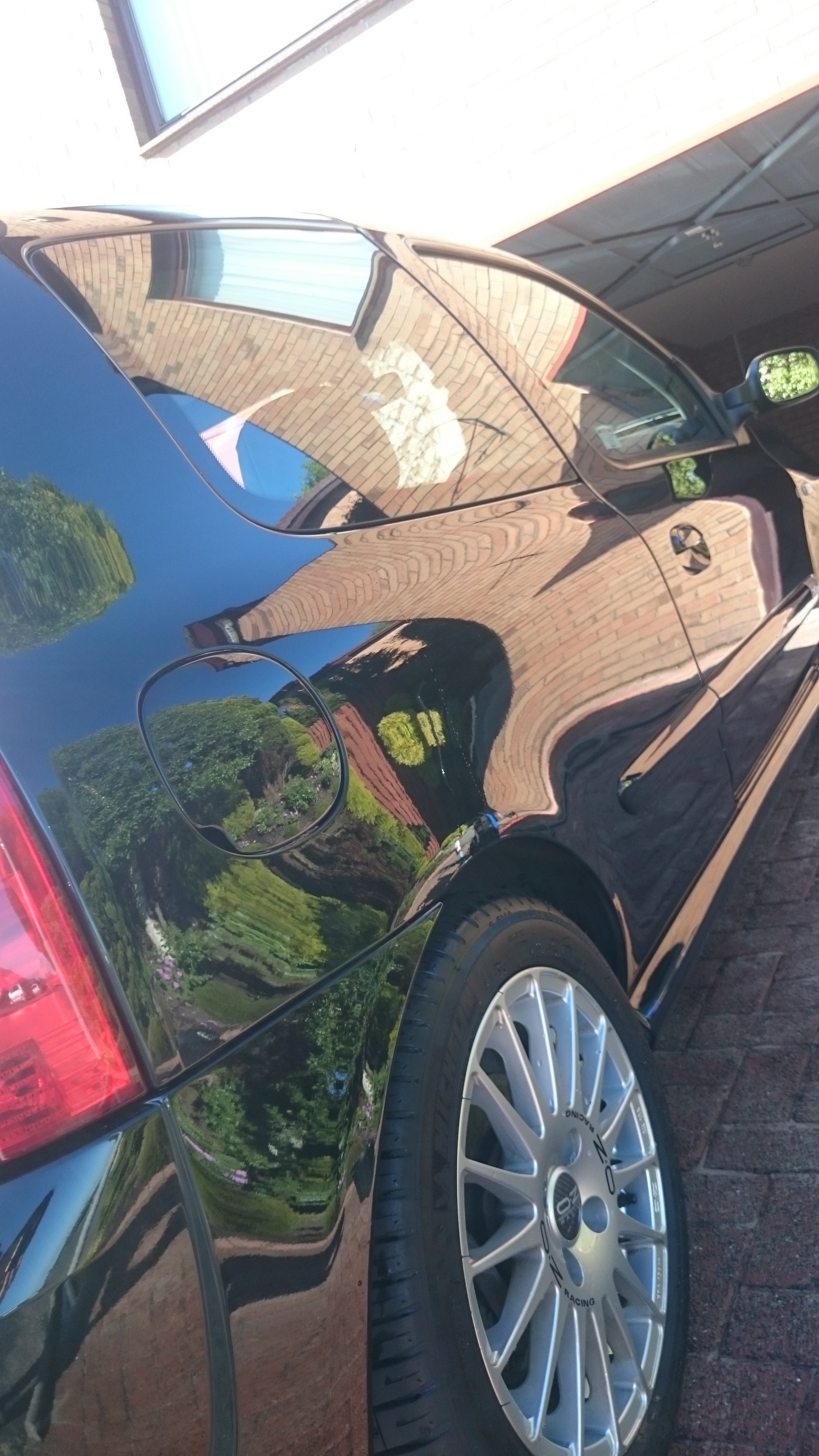 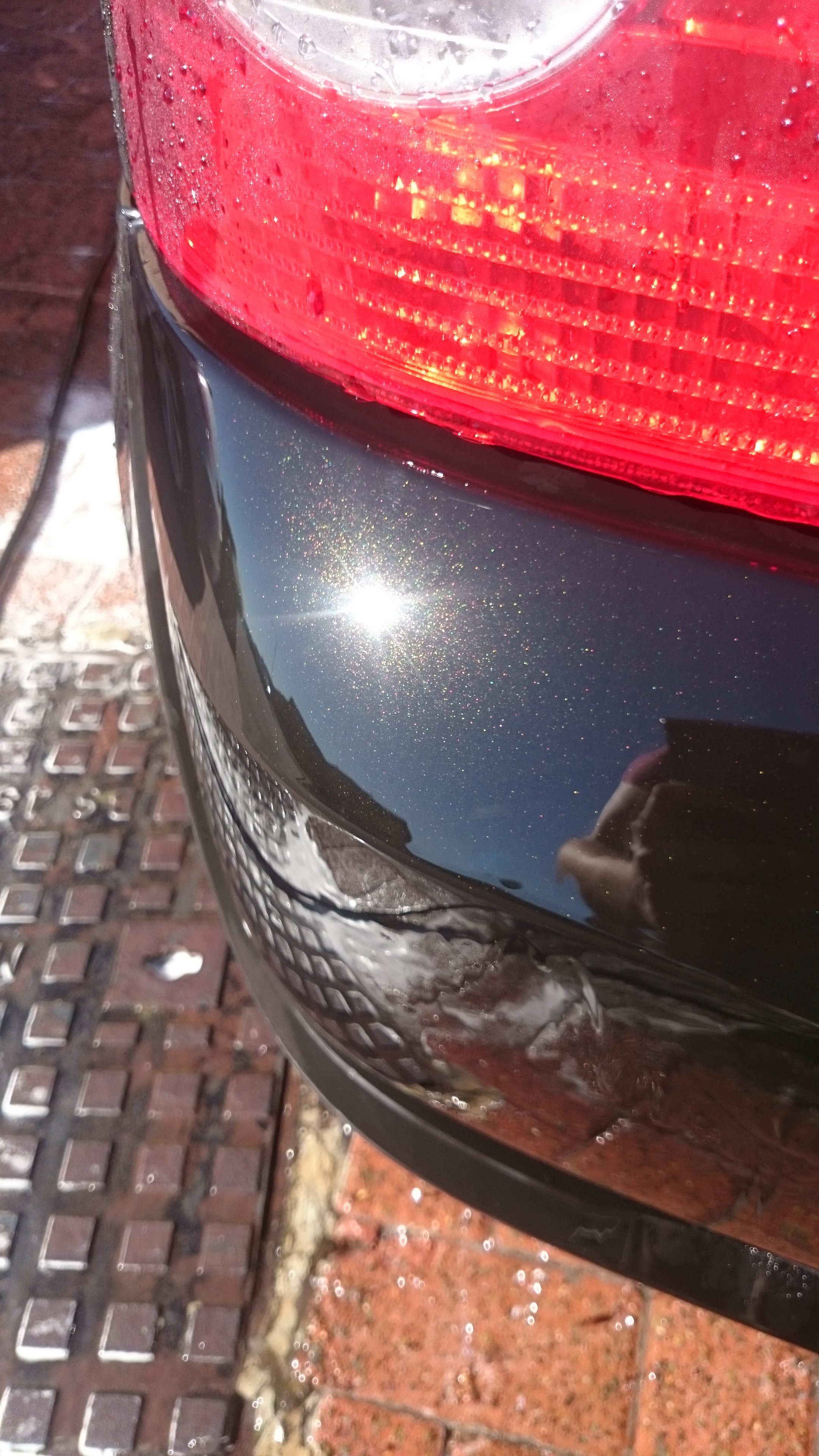 Not a clio, Saxo vtr
Blackgold is such a nice colour when the cars polished up! love the flake in it.

josh11490 said:
Blackgold is such a nice colour when the cars polished up! love the flake in it.

cheers man! i took black as a failsafe colour but im awfy glad i did now, its right up there with my favourites when its clean, the gold flake makes all the difference

ClioSport Club Member
ph2 182, mk1 mx5
Cars being shite again, keeps blowing the fuel pump relay fuse and a have no idea why. Need to look and see if there's some wiring faults or somethin. Ragin.

benji93 said:
Cars being shite again, keeps blowing the fuel pump relay fuse and a have no idea why. Need to look and see if there's some wiring faults or somethin. Ragin.
Click to expand...

ClioSport Club Member
ph2 182, mk1 mx5
fixed it! my shiny new lambda's plug decided to melt itself to the exhaust, shorting and causing the fuel pump fuse to blow instantly

ClioSport Club Member
ph2 182, mk1 mx5
Drove to work today. Chuffed. I've been looking into these rs tuner maps, I really fancy one but I don't know if itl be any good with my cams or not gunna have to do some more digging before I decide I want one

ClioSport Club Member
ph2 182, mk1 mx5
since the cars working i decided to treat it, new reg plates en route! went for a 520 x 90 mm front plate so it fits the bumper so ill get those on soon, fancy plates say if ordered before 12pm its sent out that day first class so il hopefully have them soon!
You must log in or register to reply here.