Clio 182 FF
I am gonna try and make this as complete as possible, if you have any questions, i'll answer.
So... Your 3rd brake light failed on your cup spoiler. Great you're in for a treat. Alright, first off you need to source a new one, which can be expensive as they go for about 90€ (i'm french sry idk pounds) nowadays BUT (here is the part number if you dont have it : 7700429000) BUT they are the same ones from the first gen megane coupé so you can score cheaper ones, i did get mine for 20€ on eBay.
So now you have your new brake light, you need to find a way around the dumb french design of this god damn spoiler.

What do you need ? So if you want to remove the whole spoiler (not neccessary but does make it easier) you'll need to prepare yourself mentally if you're like me because this is gonna be real painful let me tell you.
Once that's done, you need a screwdriver and T20 socket to go along with it. Open your boot, there are 6 screws to remove, here are the 3 of the right side, same story on the other side. 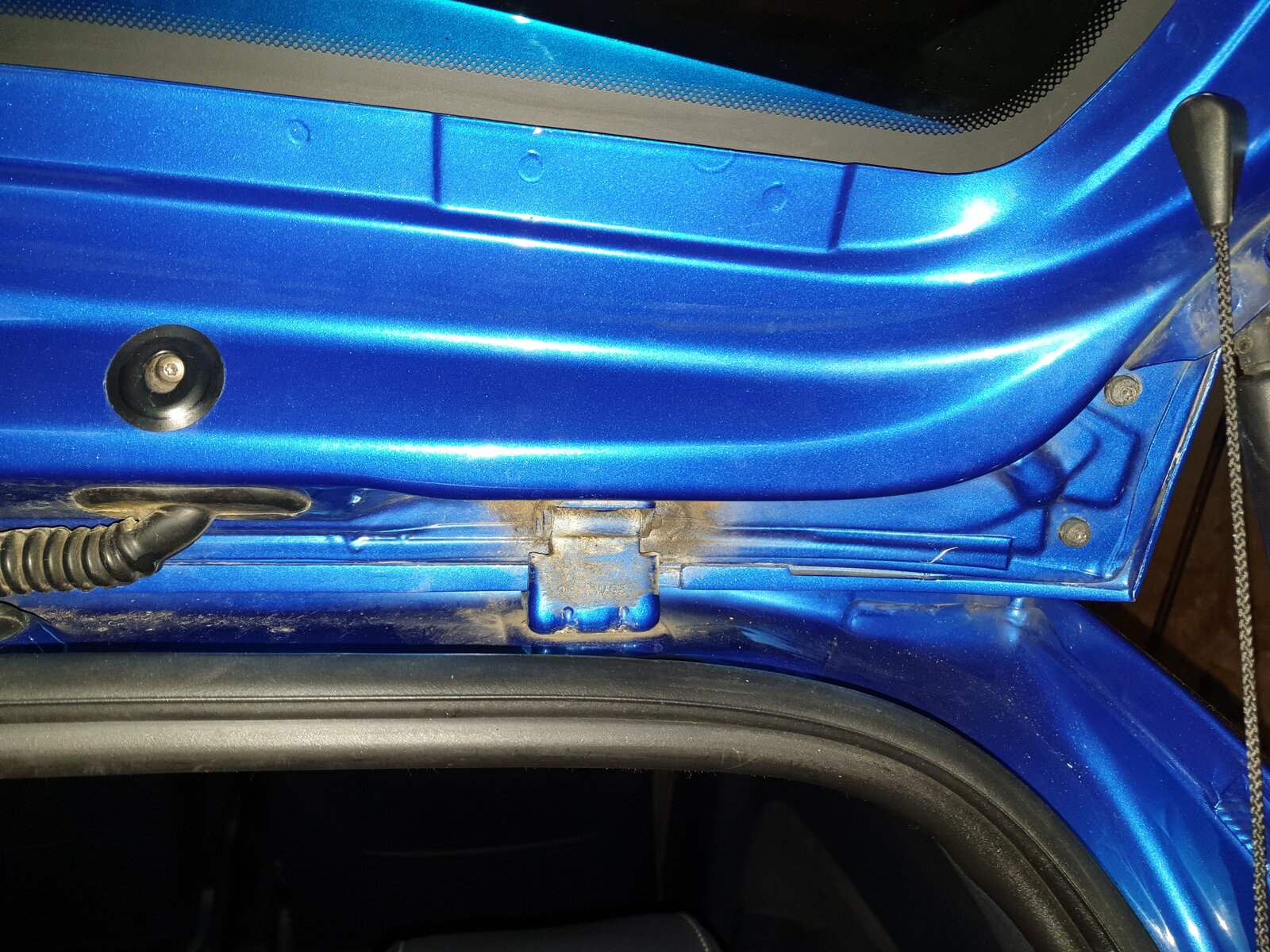 Once that's done your filthy spoiler is out, good job, but that was the easiest part. Give it a clean whilst you're at it.
Now just find some rags to put underneath it so you don't scratch your paint.

So now you really have two options, some other users have used a pen through the hole where the orange connector goes into, and pushed the brake light out, through that hole. I wasnt able to do it. 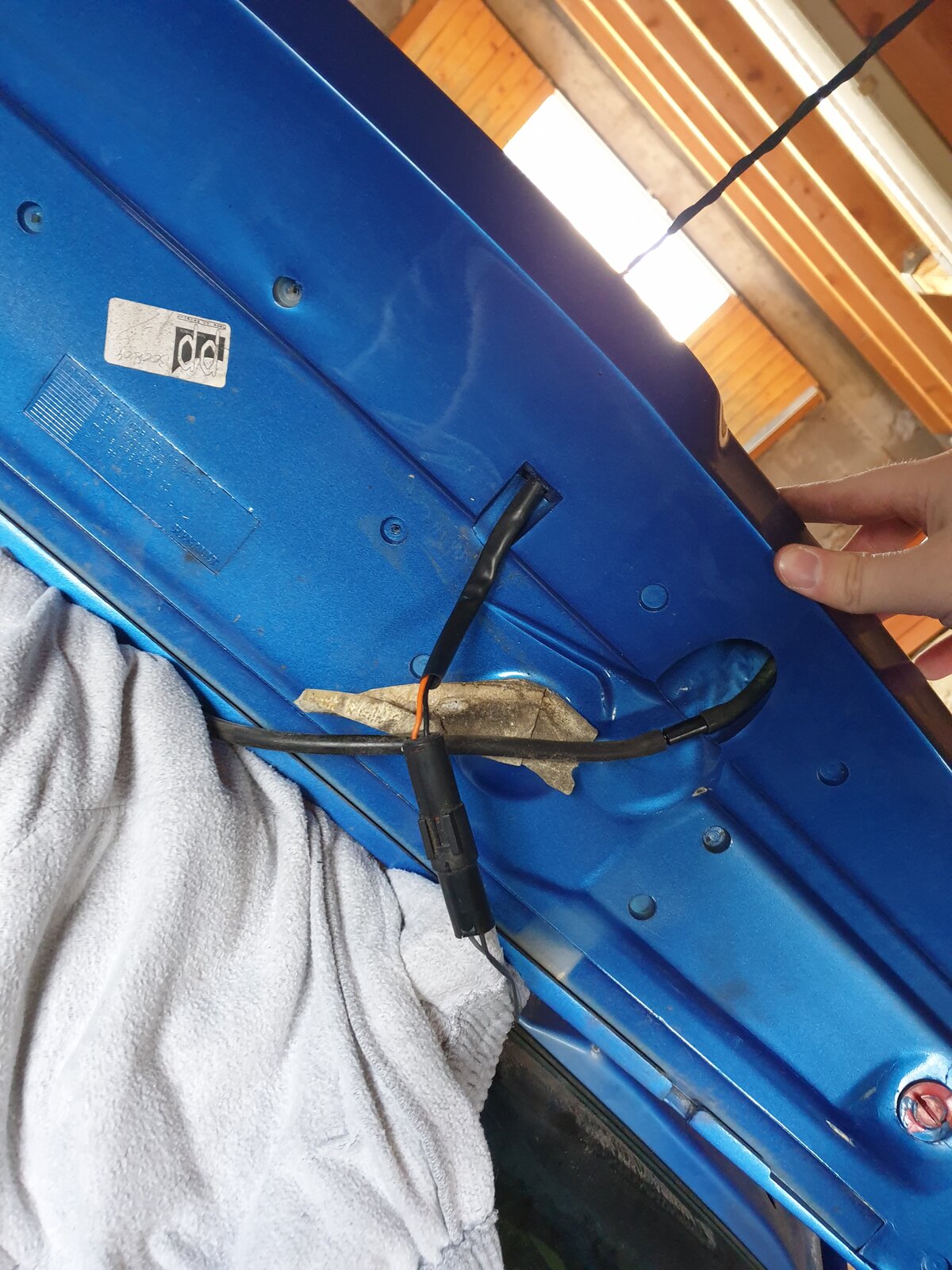 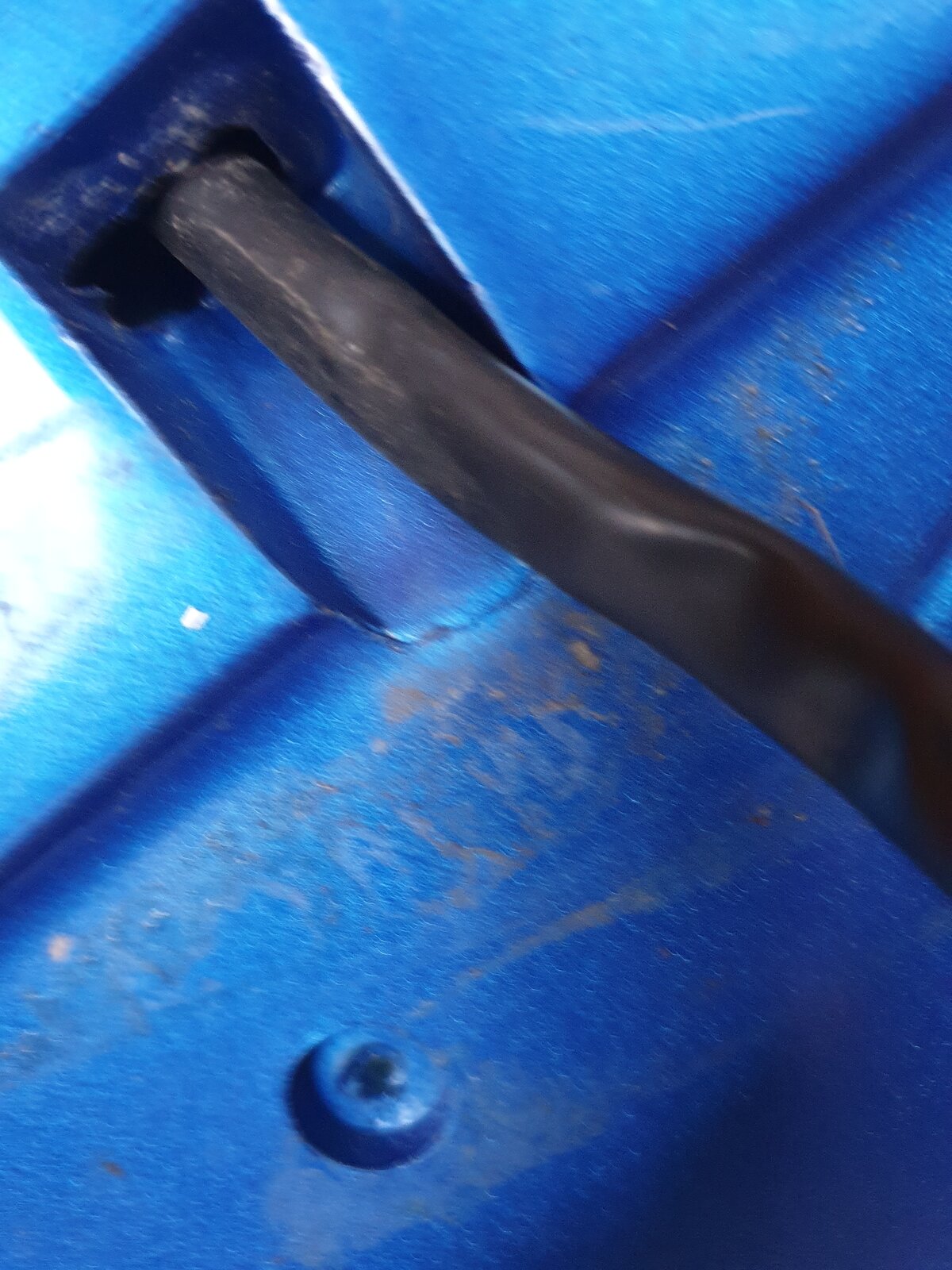 If like me the pen method didnt work, now you'll need a butter knife and a spatula (yes i know right ? ^^) and some masking tape, you really dont have to use the exact same things i did, but that worked for me, a plastic wallpaper remover would have been better but i didnt have any.

1)So use the masking tape all around the brake light to avoid you ruining your spoiler.

2)Leverage is your real tool, you need to be real patient and gentle, use the butter knife against the brake light (non cutting side always aims UP so you avoid cutting in the spoiler, i say that because you REALLY shoudnt use the tip of the knife as it will put too much strain on the plastic and you will end up cracking your light, always use the side of the knife only) start with the right side and then do it all around the spoiler, now do that for maybe 10 minutes, go slowly. Then once you have enough space between the spoiler and the light you can start using the spatula, i found that pointing the spoiler upwards helps at this stage. Now repeat the last stage, use leverage and be real patient, it will come at some point. 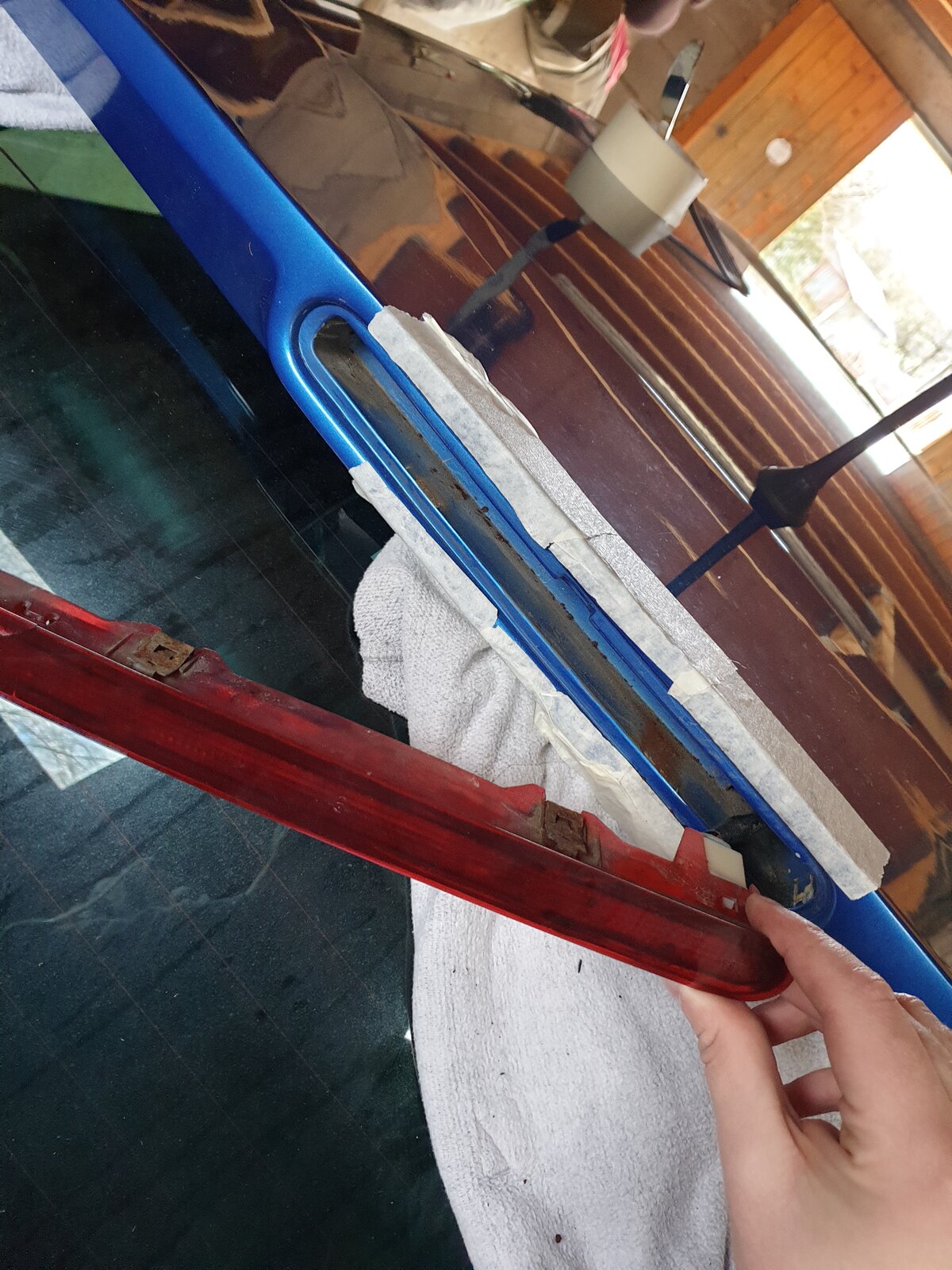 4) When that's done, take your new brake light, fit it, and test it, i tested mine by just putting the ignition, without starting the car. And removed the brake senser from the pedal so the light would stay on ( i was alone, but you could just have someone to help you see if it works or not). Hopefully it works now. 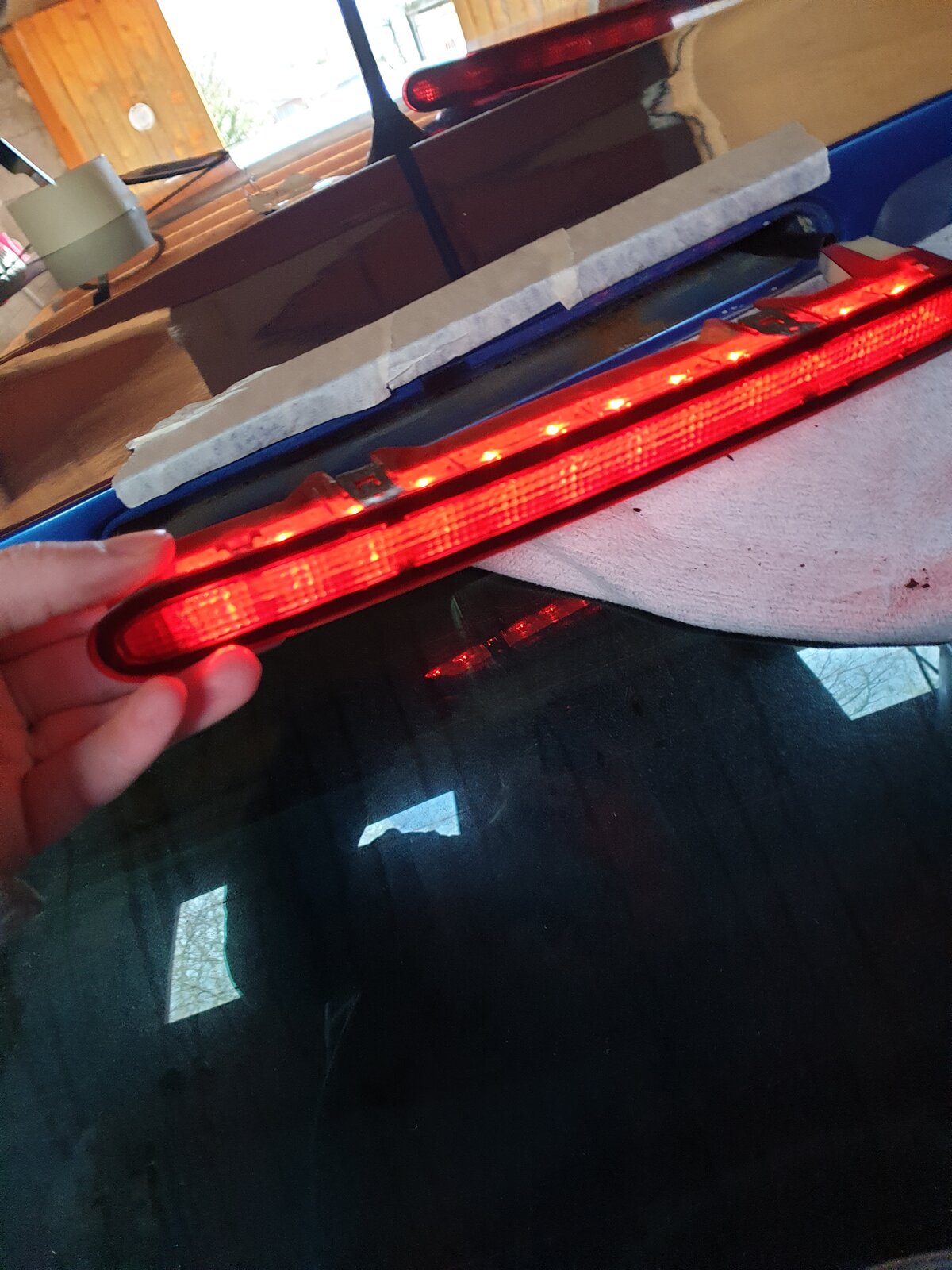 5) Now this step is not neccerary if you're lucky, now if you're like me you are finding that the light doesnt reaaally quite fits in. So what i did is i just sanded down one of the sides so it would get in easier, then whilst fitting i had to use a bit of brute force, i kept "punching" it in with the side of my hand as it is a really close fit. You could use a mallet, but you just need to focus on spreading the force when you're smacking it cuz you obviously dont wanna break your brand new light, just imagine you're giving your girl a good spank lmao, it will get in.
TADAAA it's done : 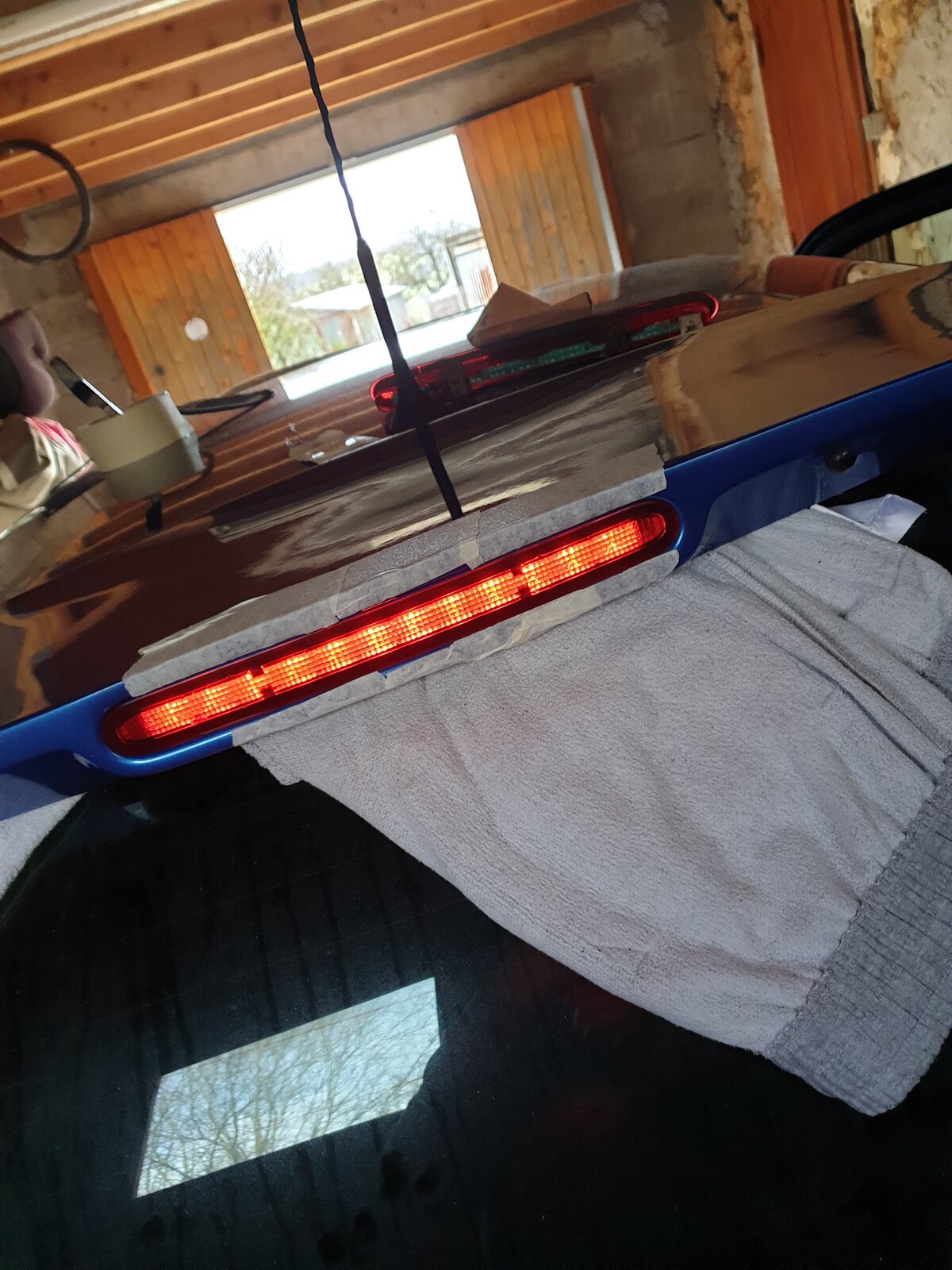 6) (All this with the boot open) Refit your spoiler, at this stage i recommend you get some help from a friend or something because you need to push the spoiler upwards or after screwing it back up you will have some fitment issues.

7) Plug your brake sensor back in.

Yeah this was a real pain for me, it did NOT want to come out, but your mileage may vary, good luck and be safe.

freddyyy said:
If you're looking for one, here it is : idk if they ship to the uk tho

Clio 172 Cup
Someone on eBay was selling these for about 80 quid U.K. supplier
F

BaileyWolves said:
Someone on eBay was selling these for about 80 quid U.K. supplier
Click to expand...

ClioSport Club Member
Clio 200
They have been NLA from Renault UK since middle of last year hence the stupid prices in sterling. Nothing to do with Brexit

. I'll have to get a few of the cheaper ones sent to my parents in Spain to bring over in August!

Yes mate the price put me off buying a new one

glad it could help
You must log in or register to reply here.