Only thing grating me is the shopping list on the rear window but what do I know.

Only thing grating me is the shopping list on the rear window but what do I know.
Click to expand...

I have been tempted to remove the stickers tbf. But, I worry that the sunstrip would be a bit much without the others and I want to keep that... Decisions decisions!

ClioSport Club Member
RB 182
When the Regas were getting a refurb I ordered a set of 195/50r15 Michelin PS3s to replace the frankly garbage (for track) AD08RSs on my 2118s to use as 'everyday' and wet track tyres.

Got a bit of a bargain on eBay and spent £135 on a set all with 7+mm tread and got my mate to fit these too. 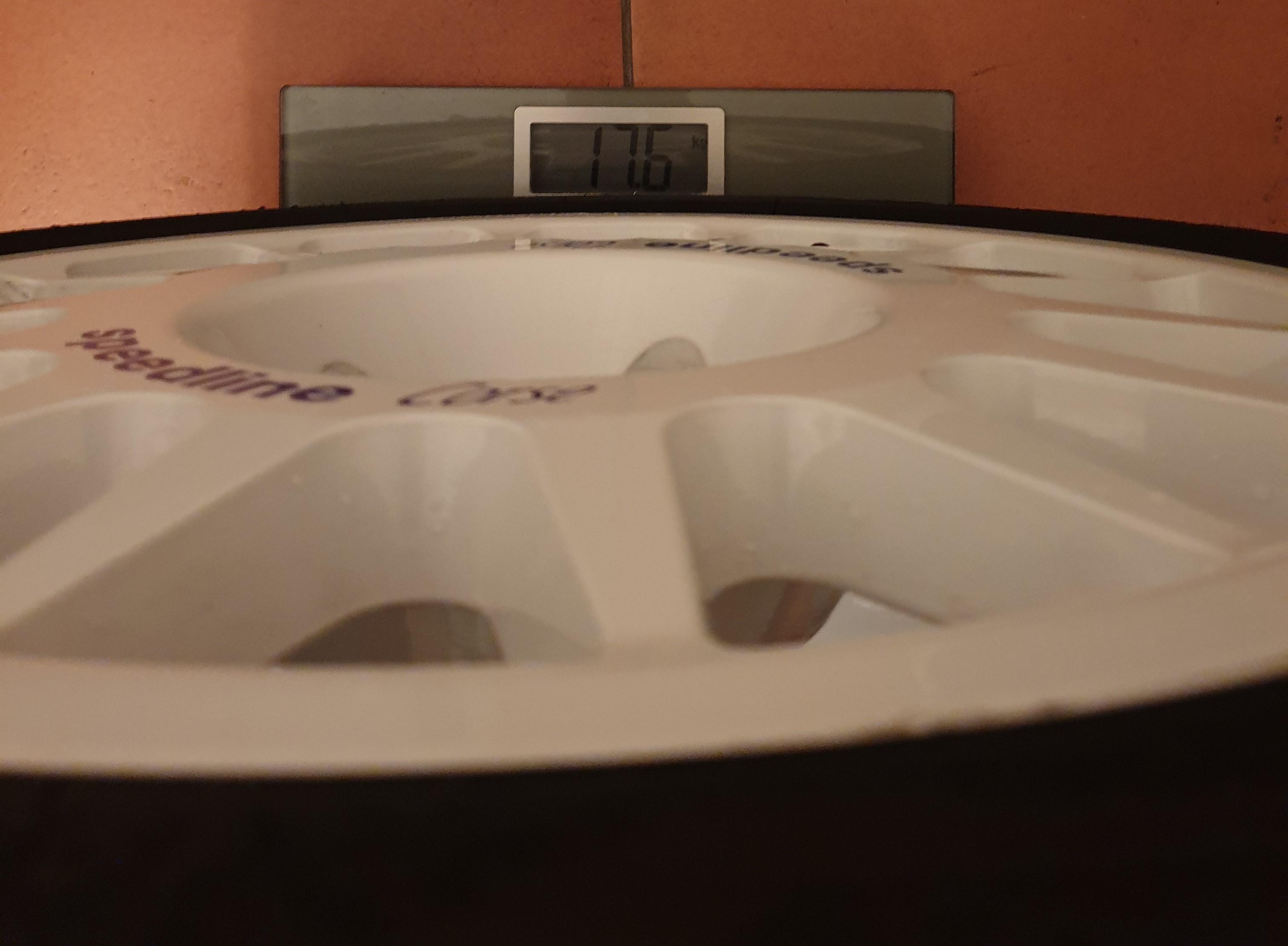 And then with the PS3s:

Not really much difference between the two sets, but both packages are still about 4.5kg heavier a corner than the Regas.

Then put the 2118s and PS3s on and left the 25mm front and 15mm rear spacers on. Looks much better than the previous spacer setup. 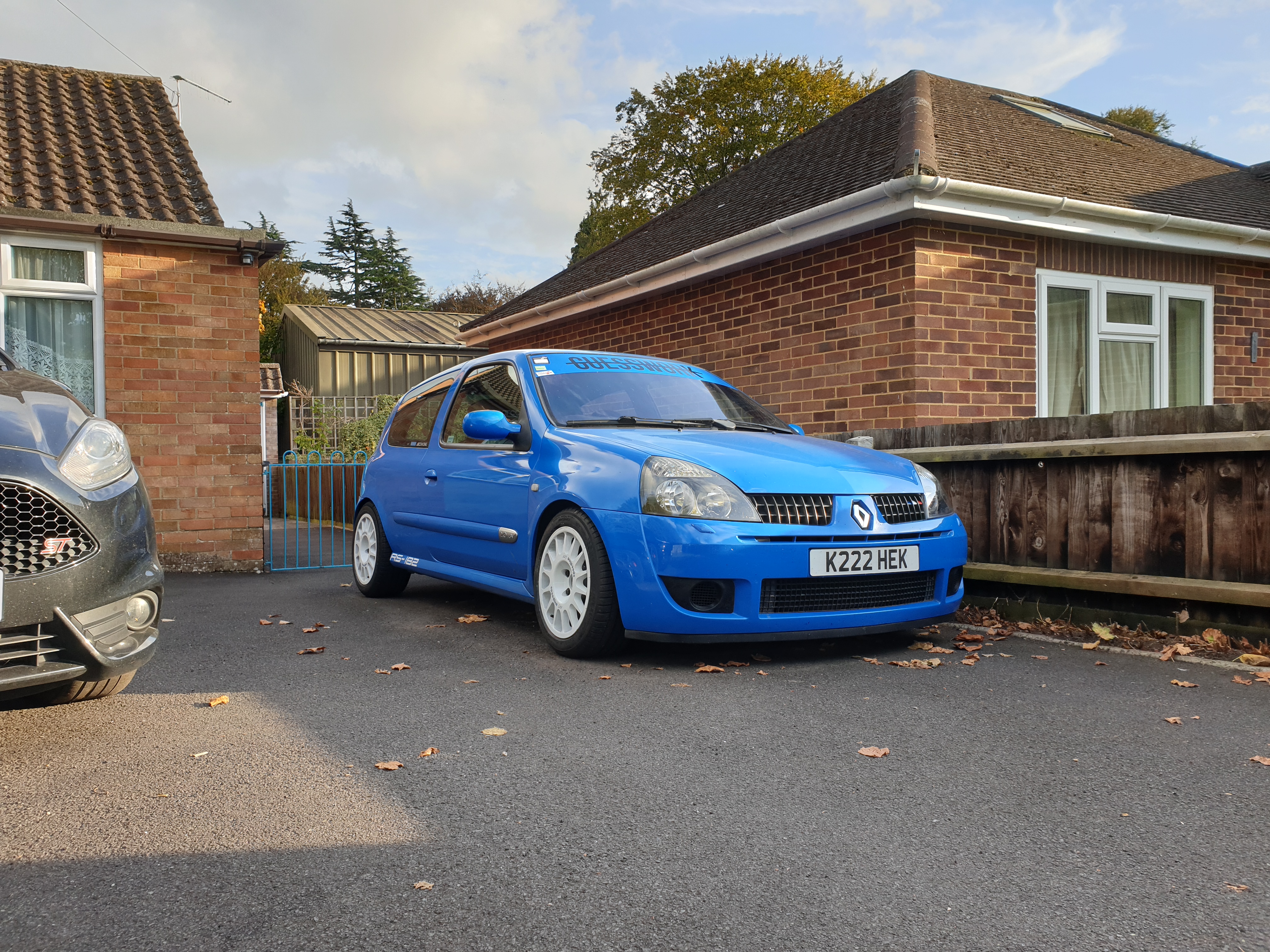 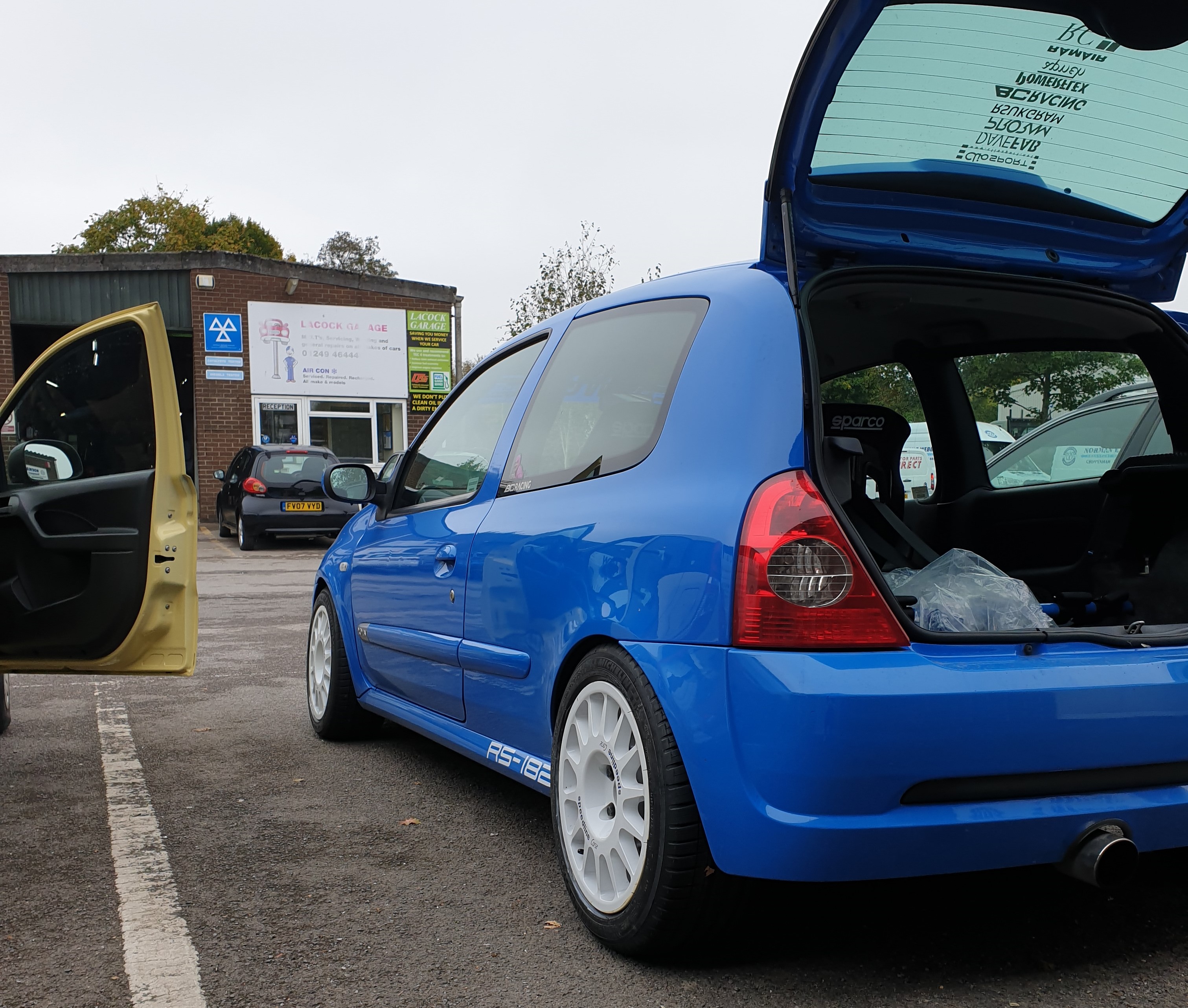 There's definitely going to be some rubbing on the rear so may need to roll the arch lips or grind them back, but for the meantime it looks better and I'll put up with the rubbing.

Ready for Combe on the 28th now!

Combe on 25th October (not the 28th as previously said) was pure class with the GUESSWORK squad. Skies started off clear but the track was wet from the previous night's rain. 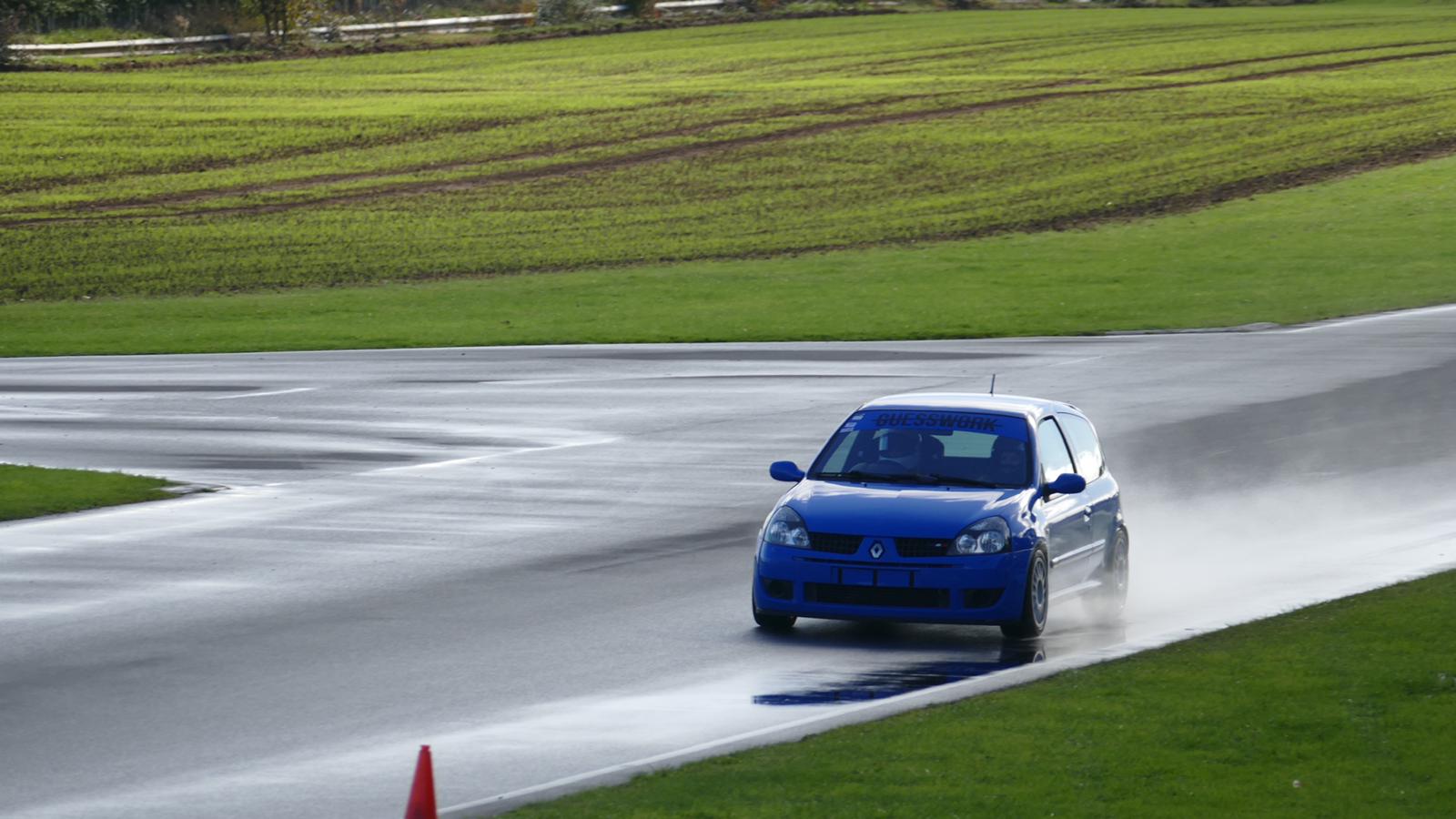 The day before I also removed the shopping list on the back window. I think it's for the better. 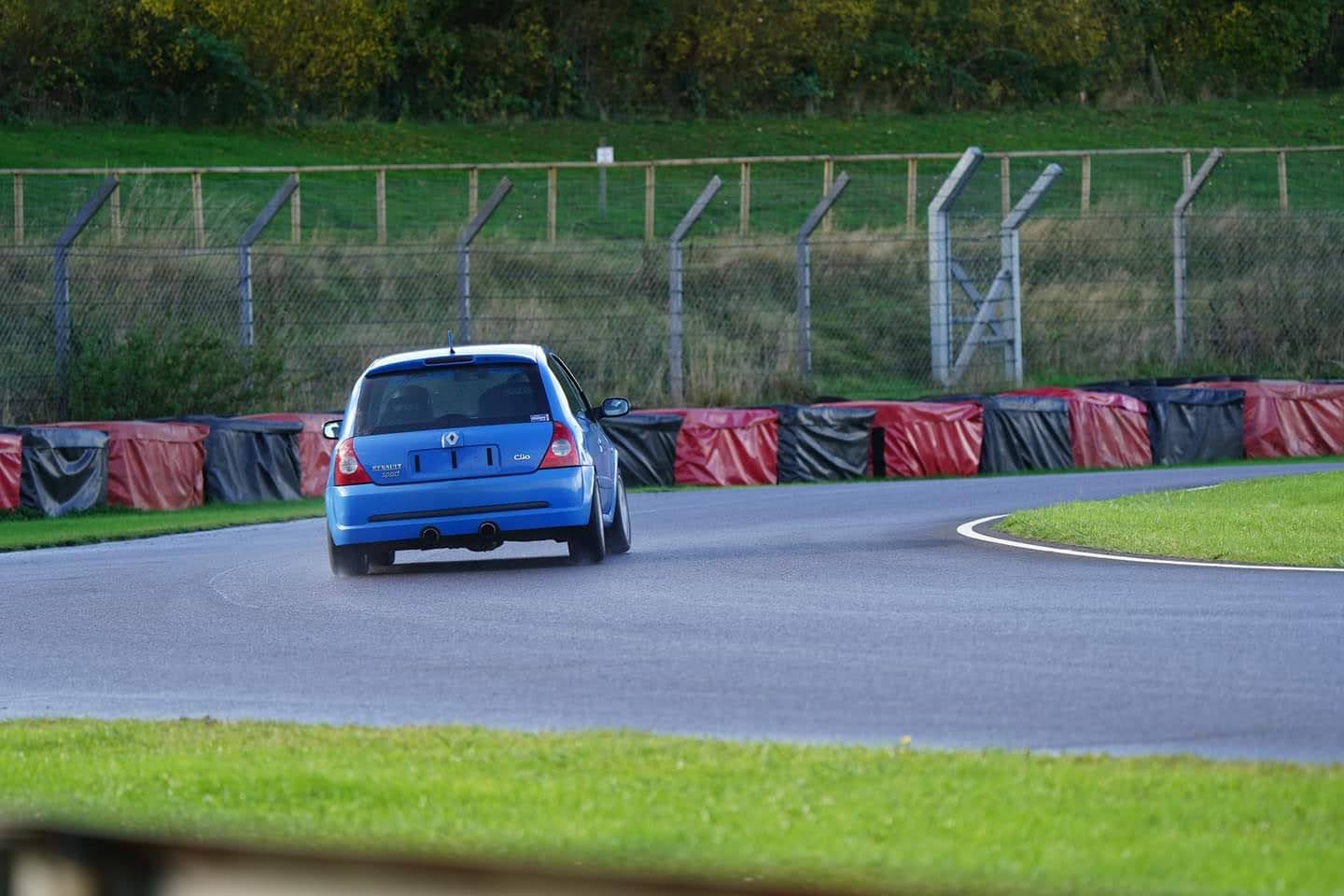 First thing I noticed was that the Circuit seat was an enormous improvement over the grid and I felt much more comfortable driving the car harder whilst not being chucked around so much.

Also, the pilot sports were class and combined with the Quaife diff, the car felt amazing in the wet! Managed to have a couple of moments that I managed to save which I was pleased about. Nothing Camber and Combustion level but I didn't crash it so that's a win at least.

I was initially disappointed and a little nervous about doing a wet trackday but I enjoyed the wet sessions immensely and didn't get overtaken once throughout the entire day - something I'm quite proud of but more likely down to the faster cars staying in the pits rather than my own skill. This M3 which did get the chop though. 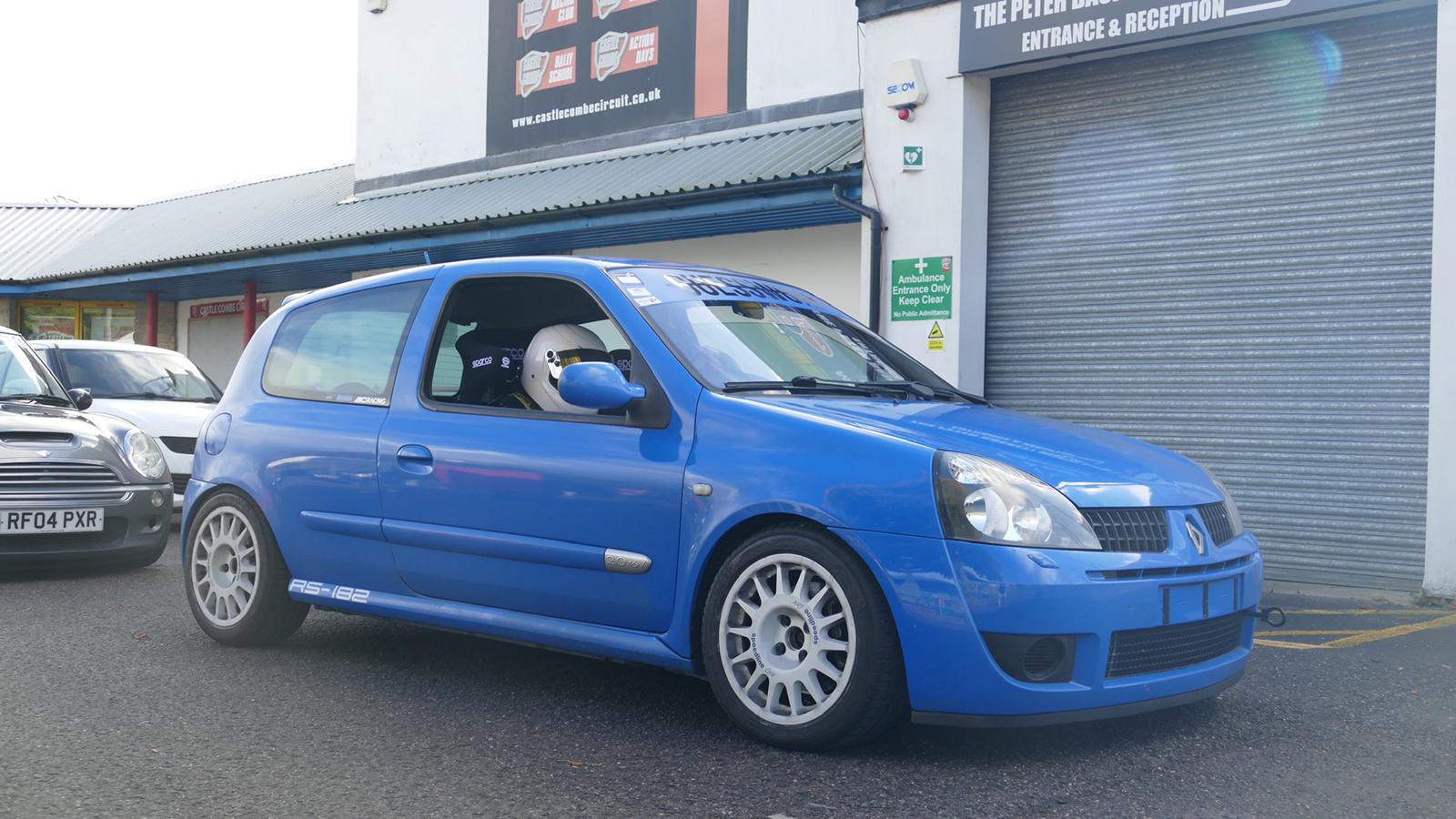 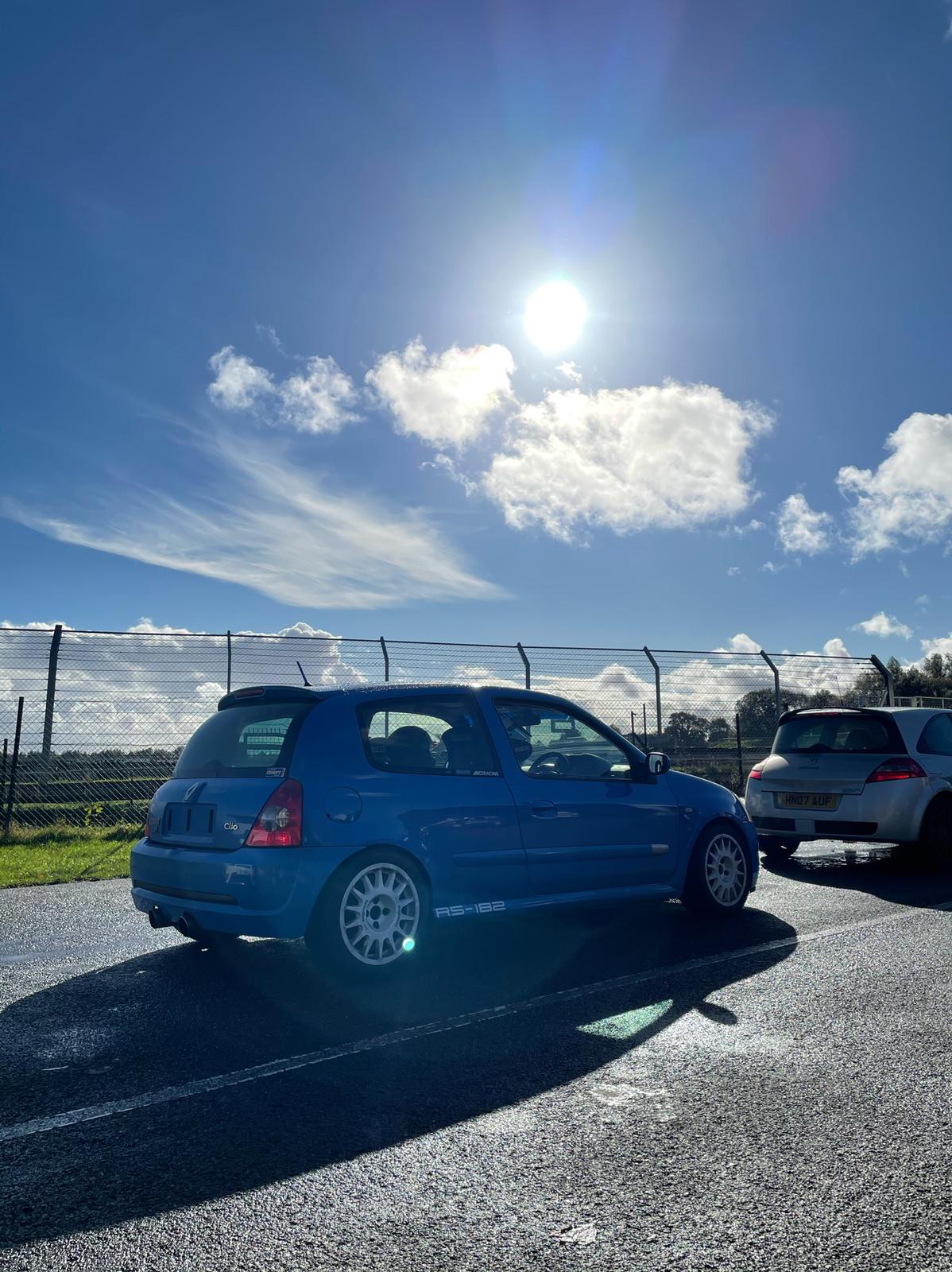 Once the track dried after lunch I did a session on the PS3s to see what they were like compared to the AD08RS's I had previously run and the PS3s felt much better. I wouldn't recommend the RS's really to anyone. 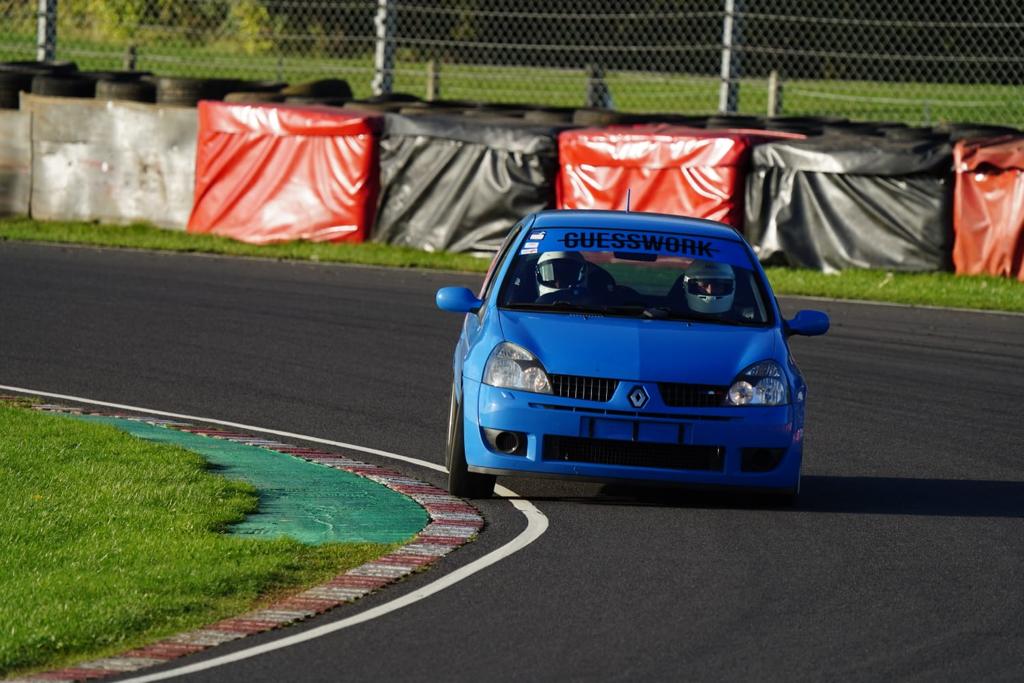 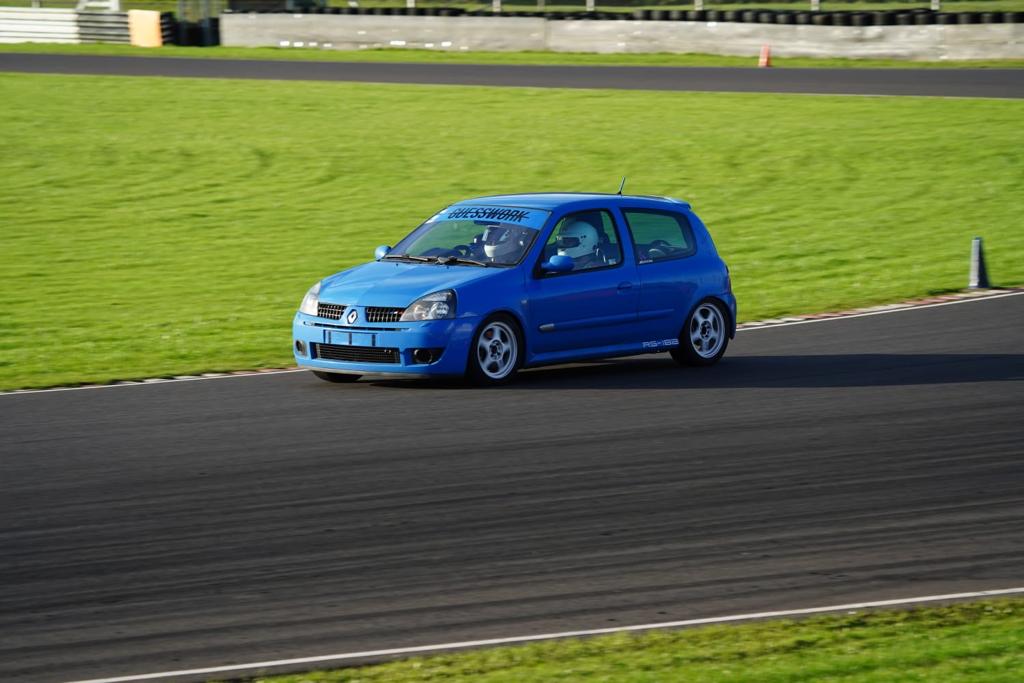 Certainly an improvement in grip! Was a crazy difference in how the car felt and performed in the dry. Although, I did get a bit carried away through the esses and had to cut across the grass on one lap.

However problems started occurring then - I guess 3 trackdays without issue had caught up to me clearly!

As I pulled into the pitlane after the first session with the AR1's on there was a horrendous wobble through the steering wheel. I stopped under the Avon bridge and my mate who I took out as a passenger got out to check if there were any issues. To which there was a pretty much instant "STOP!" shouted as I continued to drive slowly back to the pits.

The NSF wheel was about 5mm off of the face of the spacer! Damn lucky it didn't happen whilst I was out on track though or even worse fall off.

Turns out I probably should've sanded back the fresh paint from the refurb on the mounting face and where the bolt tapers tighten. The paint had melted and the bolts came loose from the gap that had then appeared. You learn something new everyday I guess. 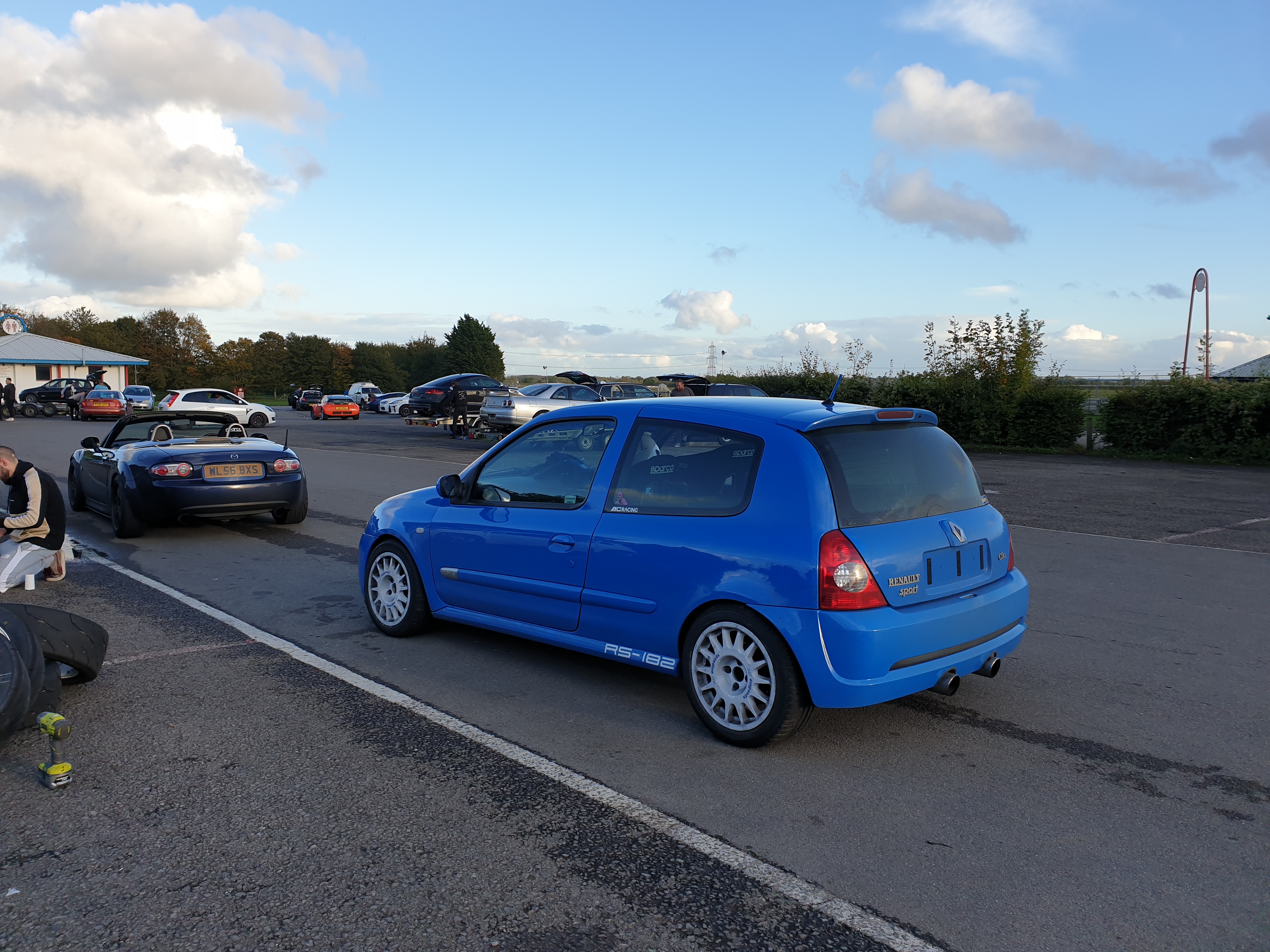 PS3s back on to do some more sessions but the car wouldn't start - great.

Ignition on, EPAS powered, lights all working on the dash, immobiliser off, and just a load of ticks and flashes up on the dash but no joy starting the car. So, my mates were more than willing (well, maybe not after the 3rd time) to bump it for me so I could do some more sessions.

Car performed fine once started and I did a couple more sessions before heading home, making sure not to stall it on the way back before parking it up again. Something to sort another day!

And then, its that time again...... Yep another brake related issue. Only went and snapped the OS handbrake cable parking it up. Again, something to sort another day though I thought at the time. 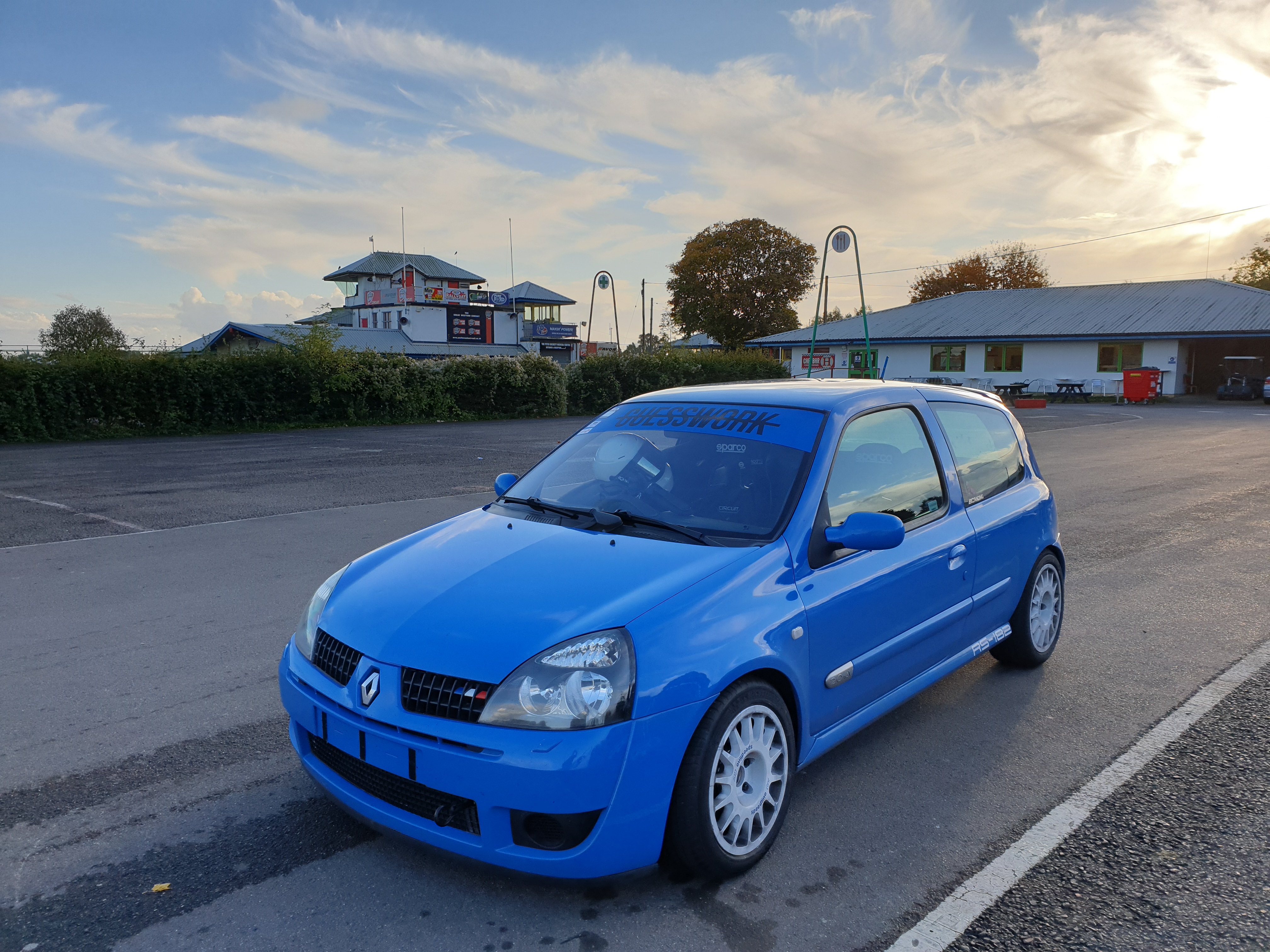 The not starting issue turned out to be the starter motor itself. It was moving out of the housing but not actually turning so that was a straight change for a reconditioned unit. 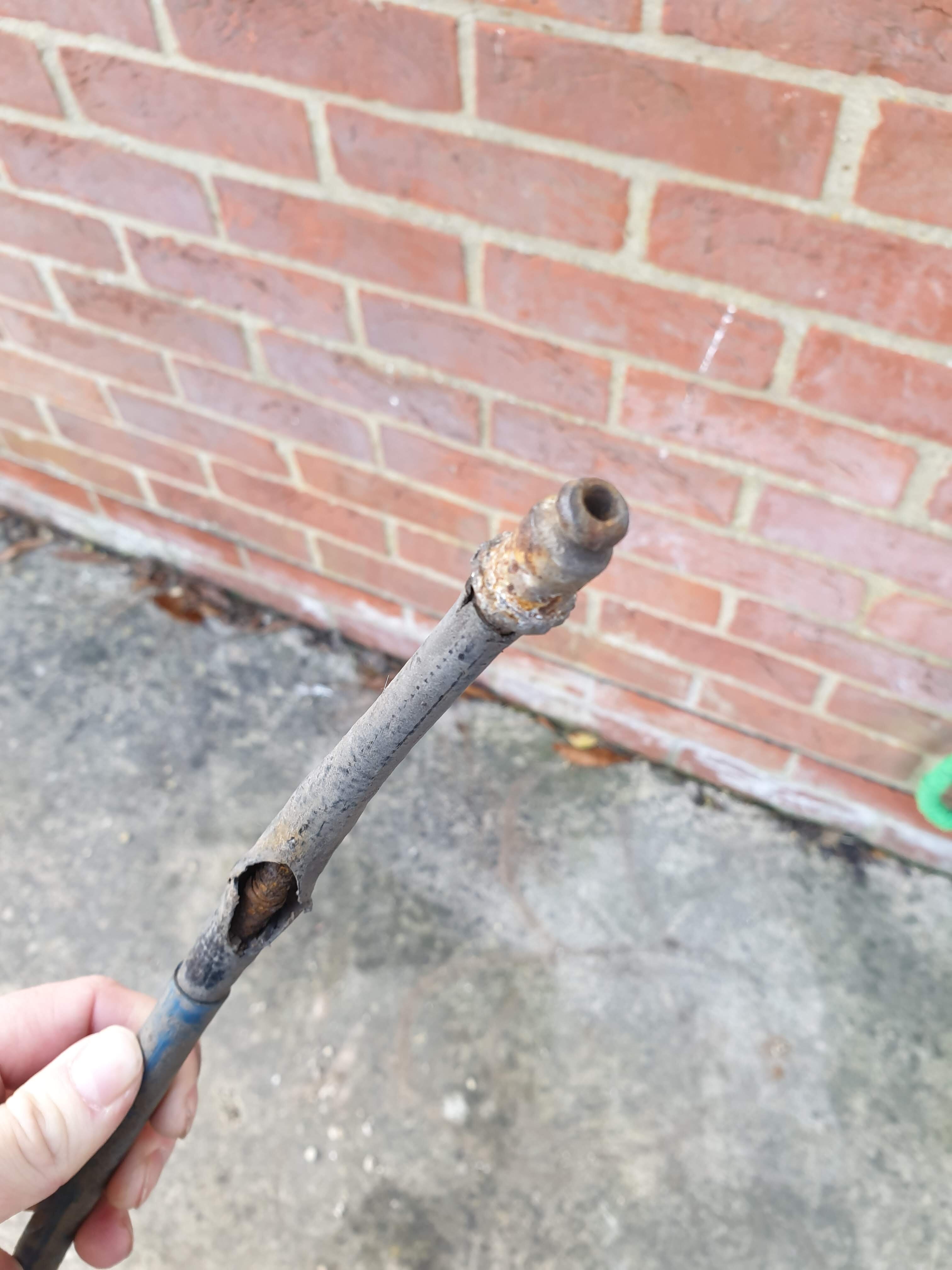 I bought a spare set of handbrake cables from BTT ages ago so the drivers side handbrake cable was a pretty simple change once the car was up on a lift - very happy to have a mate with one.

Finally I ordered a stud and nut kit from SUPREME Motorsport as I'm fed up of swapping wheels without studs. I went for 90mm long studs for the front and 82mm for the rear. Just to give enough clearance for the spacers that I run at the moment and might change to in future. Some Loctite 270 is on the way and then I can get the studs on.
You must log in or register to reply here.