Black Gold 182FF
So my 182 has been steaming up. A lot. Although I can't feel any wet carpets or anything. Tonight while I was home and it was light and dry, I figured I'd check out the pollen filter (which is on record as being changed when I bought the car). It's a bit misshapen cos of the poor design (who thought that up, seriously) but it looks fairly new still, just lightly soiled (it's had 5k of use). While I was trying to put the scuttle back together, I noticed this:

From the shape of it and the fact there are clips, I'm assuming that's actually supposed to be on top of the scuttle panel? I've forced it through and it clips in nicely which makes me think that it's supposed to clip in on top but could the fact that was underneath and pushing the scuttle panel up off the windscreen be what's causing the moisture? I know there's a drain point "in the middle somewhere" but I haven't found it yet so I dunno whether it's likely to be near there and that there's been water coming through.

Also the scuttle panel is in a bit of a state, the clip on the passenger side has broken off, the middle is now lifted because that piece of plastic was underneath it, etc. I'll probably buy a new one but is there any way of sealing the bottom edge of the windscreen? Not going to be able to get a new panel until into the new year now and would rather stop any more potential water if I can just seal it somehow.
L

Cant see anything wrong there..
Water is designed to be there do not seal anything it will make it worse.

Black Gold 182FF
Not trying to be a smartarse, but are you sure? Take a look at this image, and you can see the black "ring" around the left hand arm which is sitting on top of the scuttle panel and looks "right". On my car, that was underneath the scuttle panel and just moving around loosely so you could see right through the panel and underneath. After seeing this, I'm even more convinced that mine wasn't fitted quite right and that being underneath it's bent the scuttle panel just enough that the rubber strip doesn't make contact with the screen anymore which would possibly explain all the moisture if it's running down off the screen and there's no seal there... 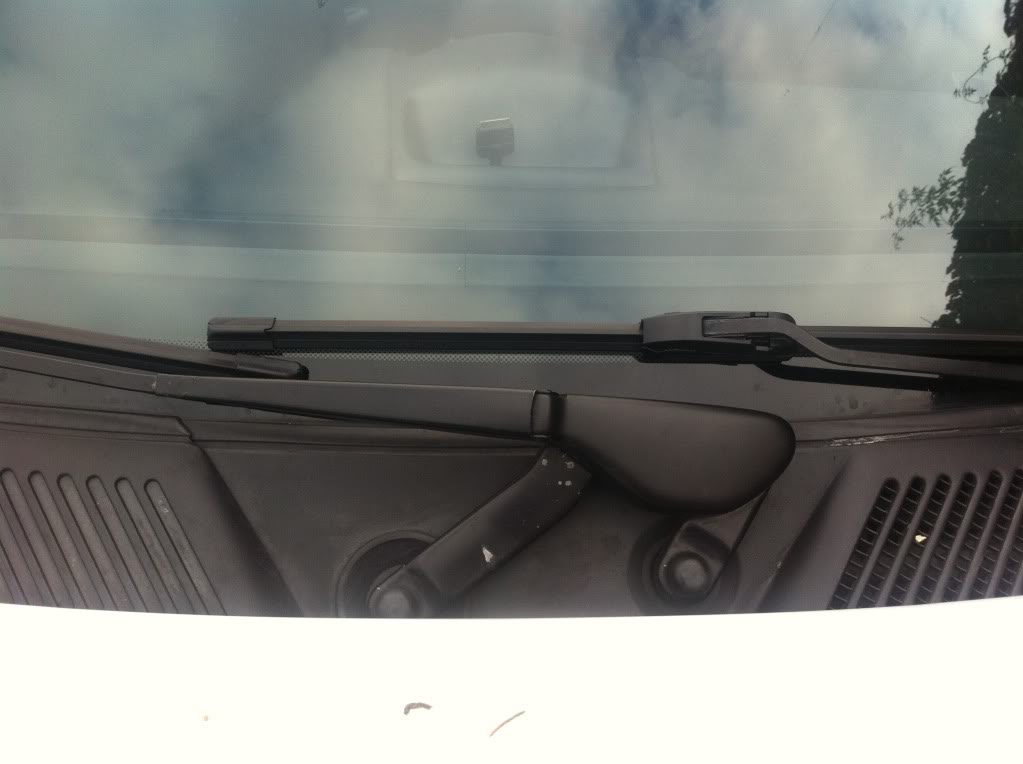 Right ok yeah i see now. you will never ever stop water going down in that area below the screen though.
every car is designed like this.
You have proberly got a leak somewhere or a area of damp in the car.
checking the carpets is not good enough as its got like a rubber back.
you need to check the sounddeading.

Black Gold 182FF
Yeah, was hoping you weren't going to say that I figured if something was leaking down from above (like a blocked drain hole or something) then the tops of the carpets would be wet. I had a Fabia with leaky doors before this, and the top of the carpet was wet as that's where the water was going first. Oh well, long Christmas drive on Friday so I'll just have to put the AC on all the way with the heat up a little bit, see if that dries it out at all and figure out what to do properly in the new year.
You must log in or register to reply here.
Share:
Facebook Twitter Reddit Pinterest Tumblr WhatsApp Email Link