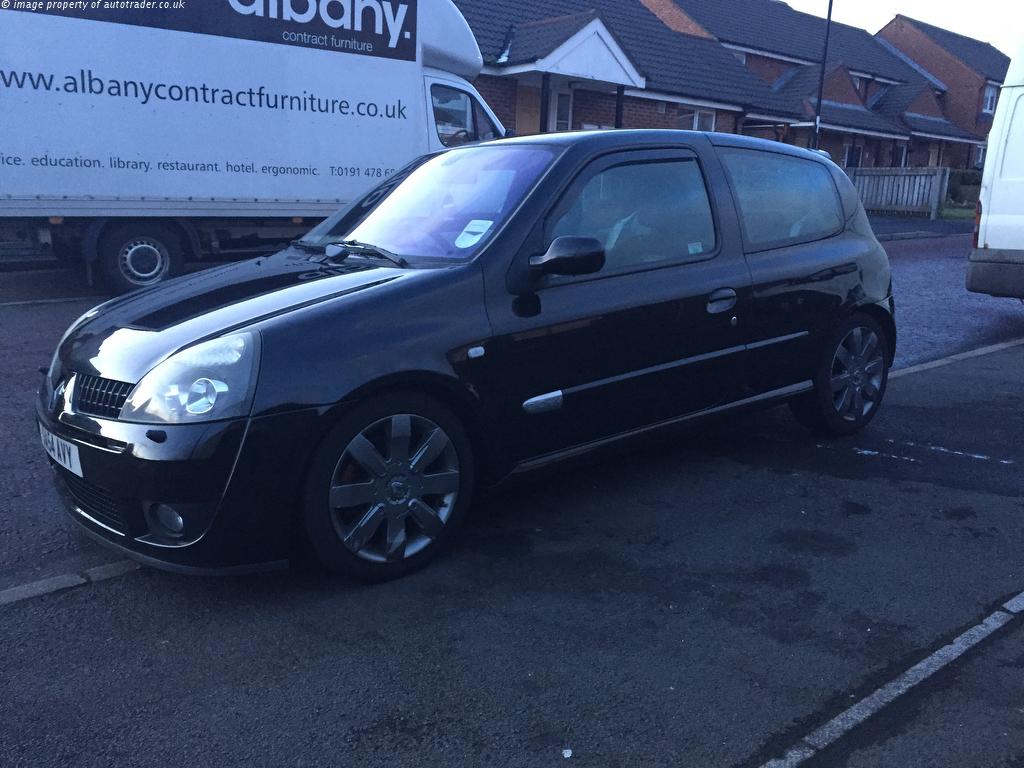 Afternoon fellas, gonna be getting my wheels refurbed as a little birthday present to myself, just wondering if you guys reckon I should stick to the oem colours or maybe be a bit different? I'm really tempted give her white shoes... or maybe black on black? Seen white on a few others and thought they looked smart! Thoughts?

ClioSport Club Member
Bean 182
I like OEM wheels in Silver, think they look smart and clean.

leeds2592 said:
I like OEM wheels in Silver, think they look smart and clean.
Click to expand...

Nah, I hate them in silver, makes them look like they're a cup pack short!

cat171 said:
Nah, I hate them in silver, makes them look like they're a cup pack short!
Click to expand...


How many people that actually see your car are going to know that though? TBF, I just like silver wheels on cars in general, never been a fan of darker wheels, hence why I've got silver TD 1.2's on my Inferno.

leeds2592 said:
How many people that actually see your car are going to know that though? TBF, I just like silver wheels on cars in general, never been a fan of darker wheels, hence why I've got silver TD 1.2's on my Inferno.
Click to expand...

Ha, well unless they were a clio geek they wouldn't! :tongueout:

ClioSport Club Member
BG 182
Don't do them black, that boat has departed, sunk and rotted imo. White would be ok but I'd be going something bright and blingy. Or standard.

ClioSport Club Member
clio 182
Maybe stick with the same colour but try a lighter/darker shade or a different finish? A matte or satin finish might look quite nice?
H

Renault Clio 182 FF
Cheers for the input boyos, I am sort of swinging towards keeping the OEM colour, depends how I feel on the day I guess lol, if they end up a different colour I will post it on here! I've told quite a few people about the white idea, and it is sort of like marmite, we'll see

ClioSport Club Member
Mk5 Golf GTI :)
Be different. Pick four colours and do one in each, it's the only way.
H

Renault Clio 182 FF
Good idea, I'll get white, black, OEM and maybe a candy pink? Then I can enjoy all the options, may as well get some multi-coloured neons as well

Anyway... I used to like White on Black, but nearly 10 years ago when I was a Corsa believer! 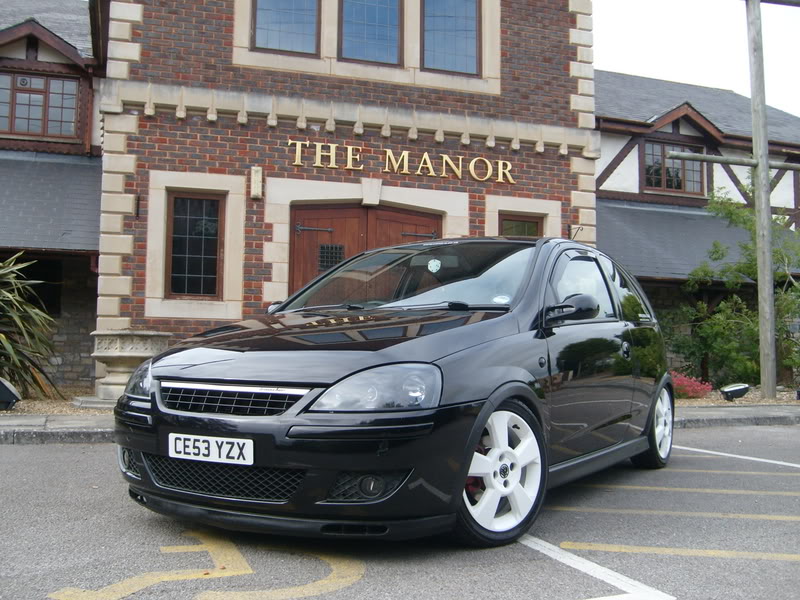 But these days, stick with OEM or a different set of wheels all together

Renault Clio 182 FF
You see I like the look of that corsa with the white on black even today though! And I do remember seeing multi-coloured shoes on plenty of cars a few years back, that was a weird craze
R

White wheels look ace when clean,but unfortunately that lasts all of 5 minutes.
H

Renault Clio 182 FF
Good point, I imagine I shall be forever scrubbing em, and my car lives on country roads like most other clio's so rather than being white they will probably just be light brown half the time lol!
Also @rs1903 whilst you're here what would you say put you off the VXR? And how much better would you say the 172 is in comparison, I don't think I've come across anyone in conversation yet who has owned both, my mate wants to get a VXR and has a 182 at the moment, I told him he will regret it. I'm guessing the VXR is a bit faster in a straight line but would get royally creamed in the bends!
R

ClioSport Club Member
Monaco Blue 172
My 172 is my 3rd Renaultsport,having previously had a 182,then a 200,then moved onto the VXR,now onto my 172. I actually quite liked it to be fair,was mapped to 285bhp and was obviously a lot quicker than my Clios,and loved the note from the Remus exhaust. Handling was poor in comparison though,even after I put a set of Bilstein B14 coilovers on it.

People slag off French cars for being unreliable,but VXRs take this to a new level,and these issues ain't cheap to sort out. Electrical,Gearbox,Turbos the list is endless. I got rid of mine soon as the box started playing up. If your mates interested,tell him to do his research first,especially regarding the gearbox. And just because it's had a rebuilt previously,doesn't mean it won't fail again! And it was rattly inside,not as bad as my mk2 Clios but still not great.

ClioSport Club Member
182 750mc Ktec Racer
I tend to avoid black as the wheel gets lost in the tyre, the only exception is white cars it can look quite good.
On a black car silver looks good, but understandably it loose the 'cup look' on a 182. White is always a good choice, as is a medium anthracite.
Not a fan of random colour wheels (blue, purples, pinks, greens etc) tends to look a little OTT but can work if you have a 'scheme' (interior trim, engine trim etc).
Gold can work in the right car, but leans to towards a camp look IMO

Have you thought about getting a slight variation of this and maybe a rainbow flake through it?

They're not the right shape for white, black is generally gash, and they're a bit too chunky for track slag neon colours

clio 182 turbo
my set was candy red looked good ,go into my thread and have a look

ClioSport Club Member
Clio 182
I much prefer silver oem wheels on the Artic Blue's and BGs.

And if you change your mind, go for a blast and cover them in brake dust = anthracite

RB 182 FF
I disagree with most opinions so far, black makes the quite frankly s**t wheel design actually look good.... The oem anthracite is ok at best and bright silver makes them look like hubcaps....... and the black wheel ship departing is non sense, nearly all sporty cars now are from factory with black wheels..... I used to hate black wheels years ago but it's now the choice for oem, it's a win! Black on black 182s look awesome as well.... Only downside to black wheels is tyre shine....

ClioSport Club Member
BG 182
I gotta disagree with you @VR46-G@Z on the black. Black wheels were cool years ago when only a few performance cars had them. Now they are standard fit in diesel sport trim Audi's and 1.2 Corsa specials they have definitely lost their appeal. Each to their own, but silver is due a OEM revival imo. 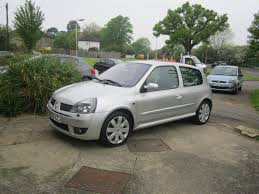 ClioSport Club Member
BG 182
The rs16 could be on steel wheels in that pic for all you can see! It would only be worse if the car was black too.
The rest of them aren't much better.
H

Renault Clio 182 FF
Cheers for the replies lads, probably gonna go with Anthracite in a slightly different finish, maybe get a flake in it like Grier suggested, although if I do bite the bullet and get them in white please don't burn me at the stake I'll post a pic in a couple week when they get done!

ClioSport Club Member
Black Gold 199
I liked black on mine so much, that I had it done twice. With a decent clean and some tyre gel on, it looked amazing. As in other threads, I borrowed some 2118's in white once and they looked great too.

If I was having the OEM ones refurbed, I wouldn't go for standard amphasite. No point. I would however, get <---- them redone in that colour. They suit the dark grey much more than the OEMs ever did, imo.

RB 182 FF
If you don't like black then darker Anthracite also gets my vote, but black on black 182s look awesome...:tonguewink::up: 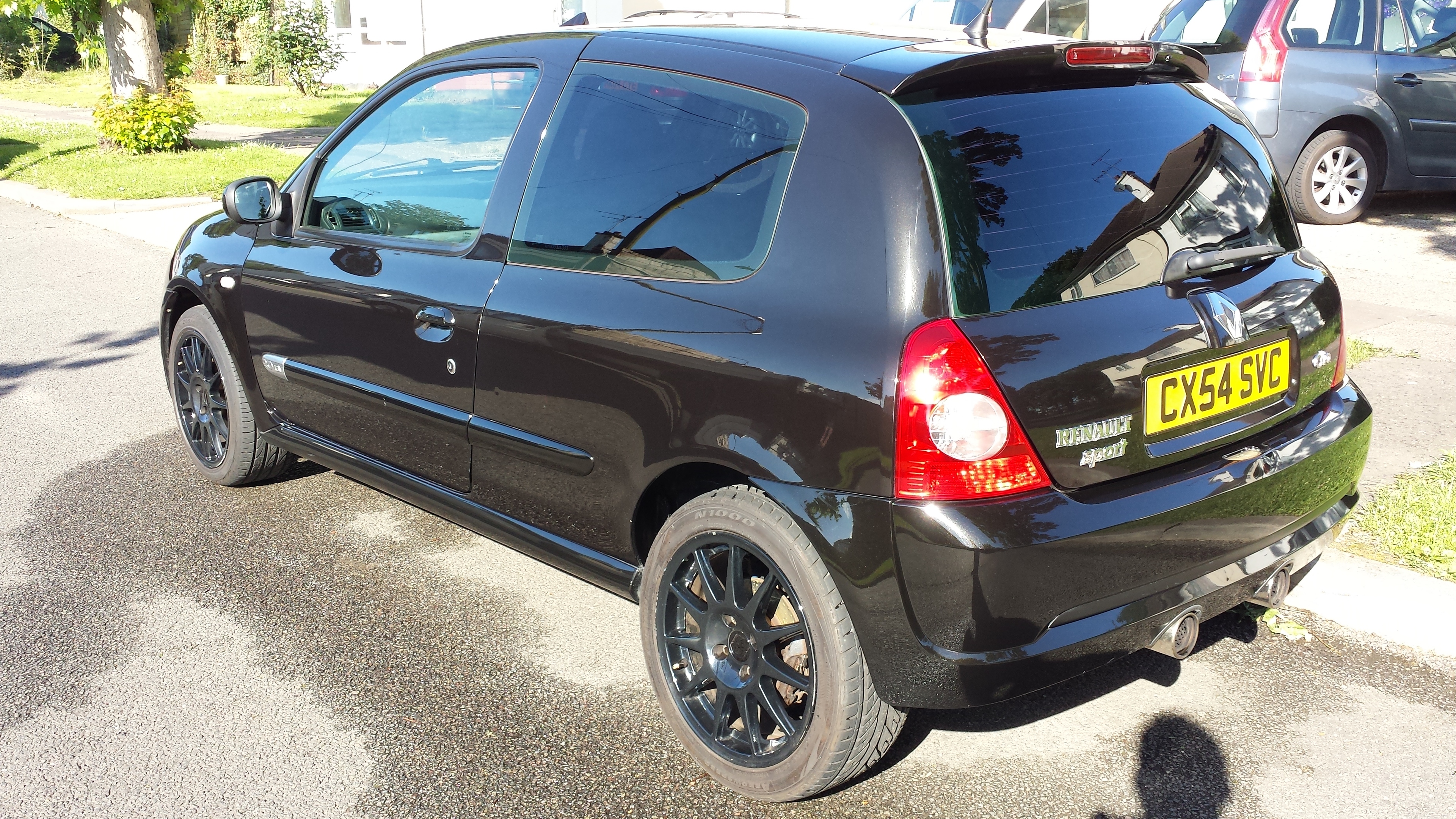 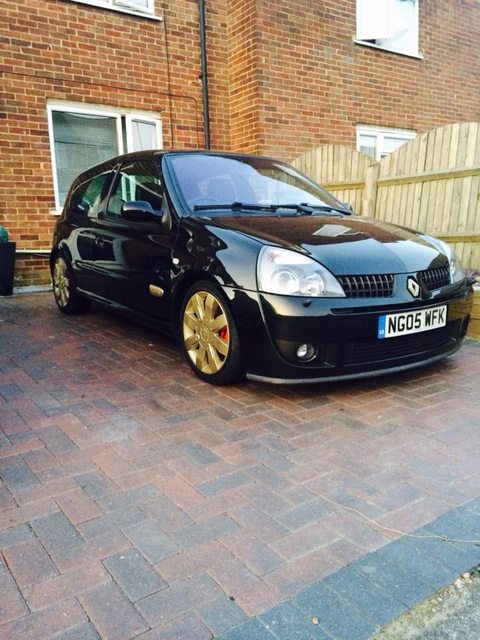 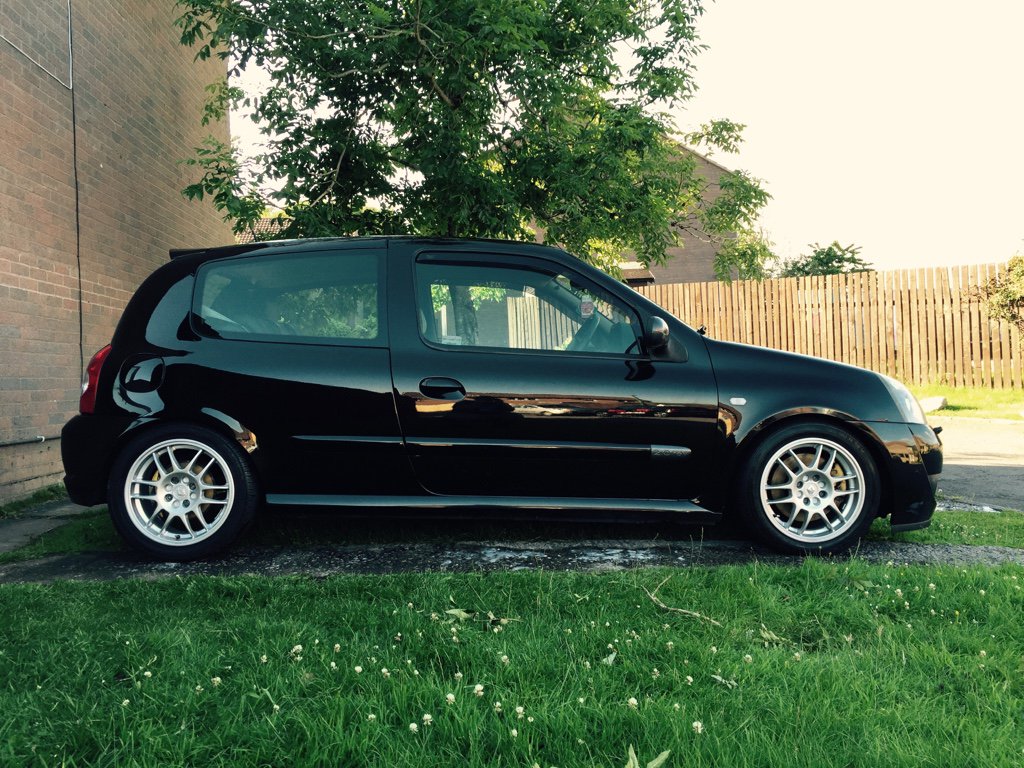 Glacier White Cup
Photobucket appears to be down so I can't link in any OE 182 wheels in colours, so had to use what I could

RB 182 FF
Definitely need a better example of black on black.... that one needs lowering, tyre shine and I good clean....:smile: 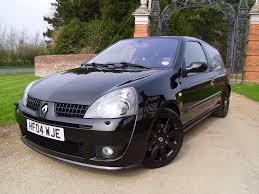 yes....
You must log in or register to reply here.