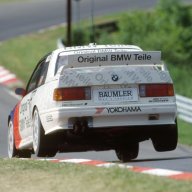 I've seen plenty of posts of people asking for advice and what the fault could be (and I might get the same answer and/or advice) but I will give it a try. I've got a Clio 182 since the end of November 2013 and I use it mainly for commuting. I have always been quite thorough with the engine (warming it up, not pushing it until it is at working temperature and letting it cool down for a minute before stopping the engine even if I haven't pushed it).

I'll make an introduction, so I make sure I don't leave anything behind... Bought the car with 78.500 miles and as soon as I had it, I serviced the car (mainly I did an oil change - Elf Evolution SXR 5W-40, air, oil and cabin filters and spark plugs - GK PFR6E-10).
Had a major service at K-TEC before Christmas (79.196 miles) which included cam belt and aux belt with their kits, VVT pulley and water pump, which were due to.

Now with 80.800 miles the engine has started rattling (I didn't really notice until I was told by the guys at work while parking the car, maybe because of the after-market exhaust) but I have started to pay attention to it and I am worried about. The engine delivers the power and it runs smooth, however, the noise is there. I have to say that I haven't got any lights on in the dashboard, at least until now.
It has been parked for two weeks without being used, and I can't really tell if the noise has increased since then or has started suddenly...

Here you have a couple of videos, the first one with the engine idling and moving the phone around trying to find where is noisiest. And a second one, which I don't know if it is totally normal or not, is that noise coming from the coil pack when turning the ignition on.


I have seen that most of the faults are because of the Dephaser pulley/VVT, but it would be quite disappointing if it is - considering that has been fitted by a specialist and has done less than 2000 miles...
I'm thinking of checking tomorrow the spark plugs, but at the same time seems quite silly if there are no warning lights, the engine doesn't have a lumpy idle and runs fine...

I'm open to any questions, and thanks in advance for your time and attention. 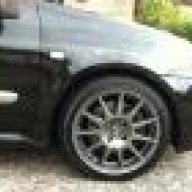 Black Sheep
Exact Same problem as this. Been doing it for a while in fact 9 months I would say.

Getting it booked in for cambelt ASAP as it is due in June. Not sure if I need dephaser too though so would be interested of people opinions. I would say it is the exact same tappity noise. 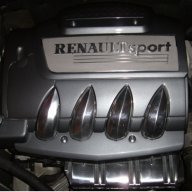 ClioSport Club Member
TCR'd 172
Because it has been done by ktec many people will soon be posting to tell you they have fucked it up lol !

RenaultSport Clio182
I was told about the reputation of KTEC in a cliosport local meeting...

I'll keep inspecting for noises and see if there is a "main source" of that noise. I will consider the water pump option as well, even if it was replaced too...

About statutory rights, is there in the UK a minimum warranty period after a car repair?
I know that in Spain, for example, a car repairer must give the costumer a warranty for the replaced parts of six months or 3000km (the one which expires sooner). In case the noise/fault comes from the replaced parts, do I have any rights to claim K-TEC?
D

It does sound particularly dephaser like in parts of the video but also it doesn't in others. Videos are quite hard to diagnose from though.

The second video is the throttle body noise which is perfectly normal.

RenaultSport Clio182
Well, at least one thing is clear... The noise from the second video is not a bad thing. Thanks Dan!

I'll consider my options then, taken into account that parts and servicing were done by them...

Upon receiving the car, the noise didn't go away over 1500rpm like the dephaser should. But it was apparent it was from inside the head, particularly in the middle of the inlet cam. The vehicle also drove poorly, felt very flat. Checked the dephaser solenoid for operation and it was fine. Stripped it down to find the inlet cam was around 8 degrees out, which would explain the poor performance and fuel economy. At some point the rocker cover was resealed, but one of the locating dowels on the cover had been pushed flat with the head so wasn't acting on the cover. This has then caused the cover not to sit perfectly level, and then score the camshaft and the cylinder head heavily. End result, the cylinder head was replaced along with the camshafts.
W

Pug 206 SW, 172 CUP
Sigh. Feel sorry for that owner. Glad mines running sweet (Touches every piece of wood nearby) as this would have meant no track days and a car Sat on the drive all year if it had happened to mine. That sounds like late night work from taking too much on to me. I may take longer than a garage when I work on a car but that's because I always check, check and 're-check my work!
You must log in or register to reply here.
Share:
Facebook Twitter Reddit Pinterest Tumblr WhatsApp Email Link