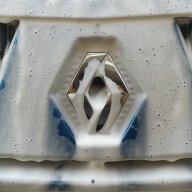 When i turn the key the starter motor engages and it turns once or twice but then just before the car starts it just stops
I wouldn't say the starter dies off, it just stops and i get a slight buzzing which i'm fairly certain is under the dash
I don't think its the immobilizer as the light turns off as normal
I THINK the dash lights switch off and on after not starting but i cant be sure

This usually happens when i haven't used the car for a few days so i haven't bothered with it but today it happened twice while out shopping
The first time it happened today i just left the car for a second and tried again and it fired up, the second time it needed a bumpstart and it then ran fine.
It is usually a bit hesitant when its cold out and when the car is stone cold
No running issues or misfires etc, runs fine once bump started

I put the battery on charge the other night but it said it was fully charged straight away (its a halfords one) could be a few years old now
Reckon it could need a new one?

Any help is much appreciated!
Rob
G

Listerine & Poledo
might be battery, yeah, it should be 100% charged immediately.

Take more notice of the dash lights and report back with what they are actually doing, they might point some of CS's more technical types to a possible answer

Goodj said:
might be battery, yeah, it should be 100% charged immediately.

Take more notice of the dash lights and report back with what they are actually doing, they might point some of CS's more technical types to a possible answer
Click to expand...

Thanks for the reply buddy
in all honesty i don't think the dash light do anything out of the ordinary, i wish i could re create the issue now!

I could do with cleaning up the battery earth really, ill give that a shot when the weather brightens up

not really sure where to start as it doesn't seem like your generic crank sensor or battery just generally struggling etc.