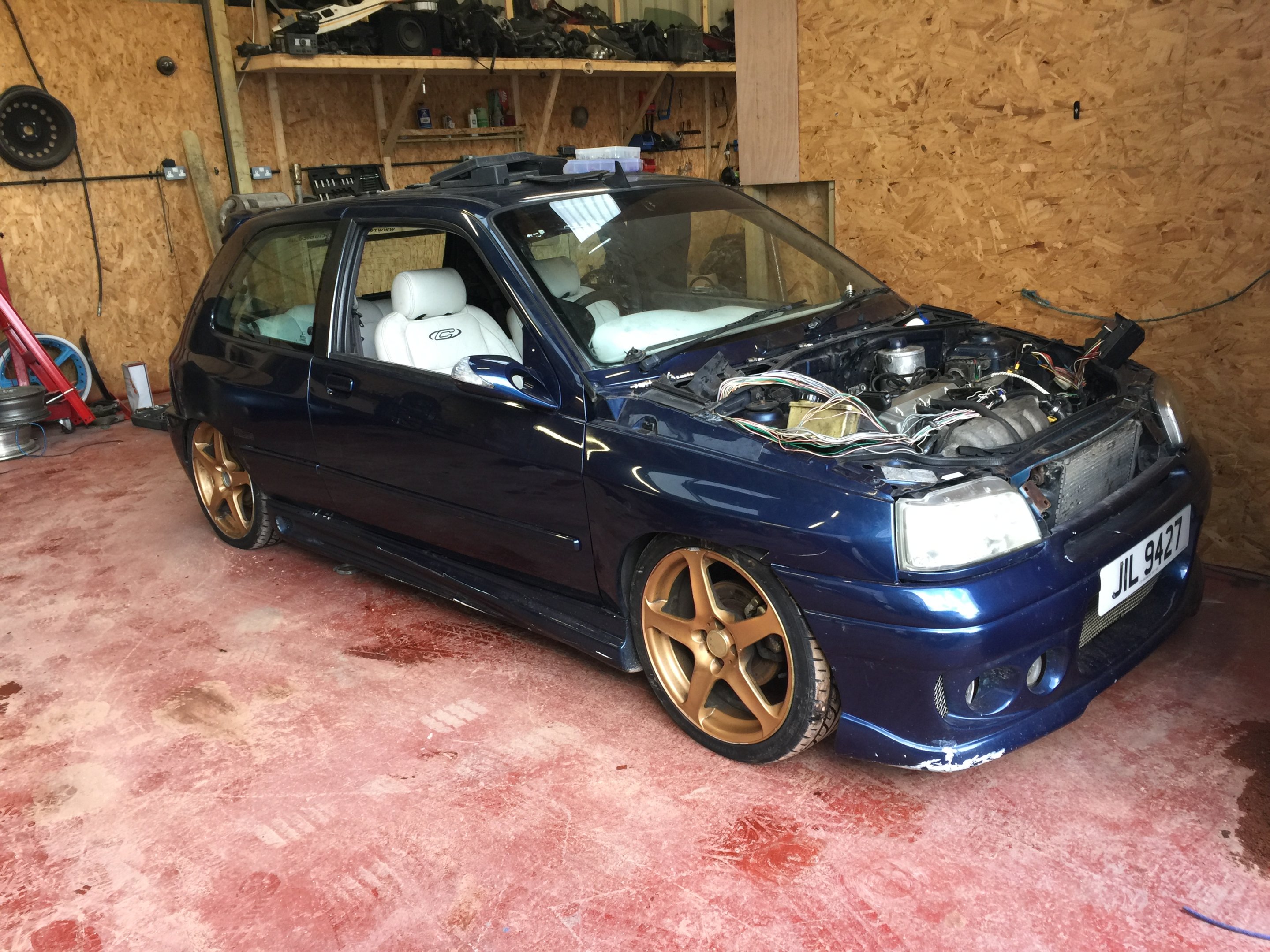 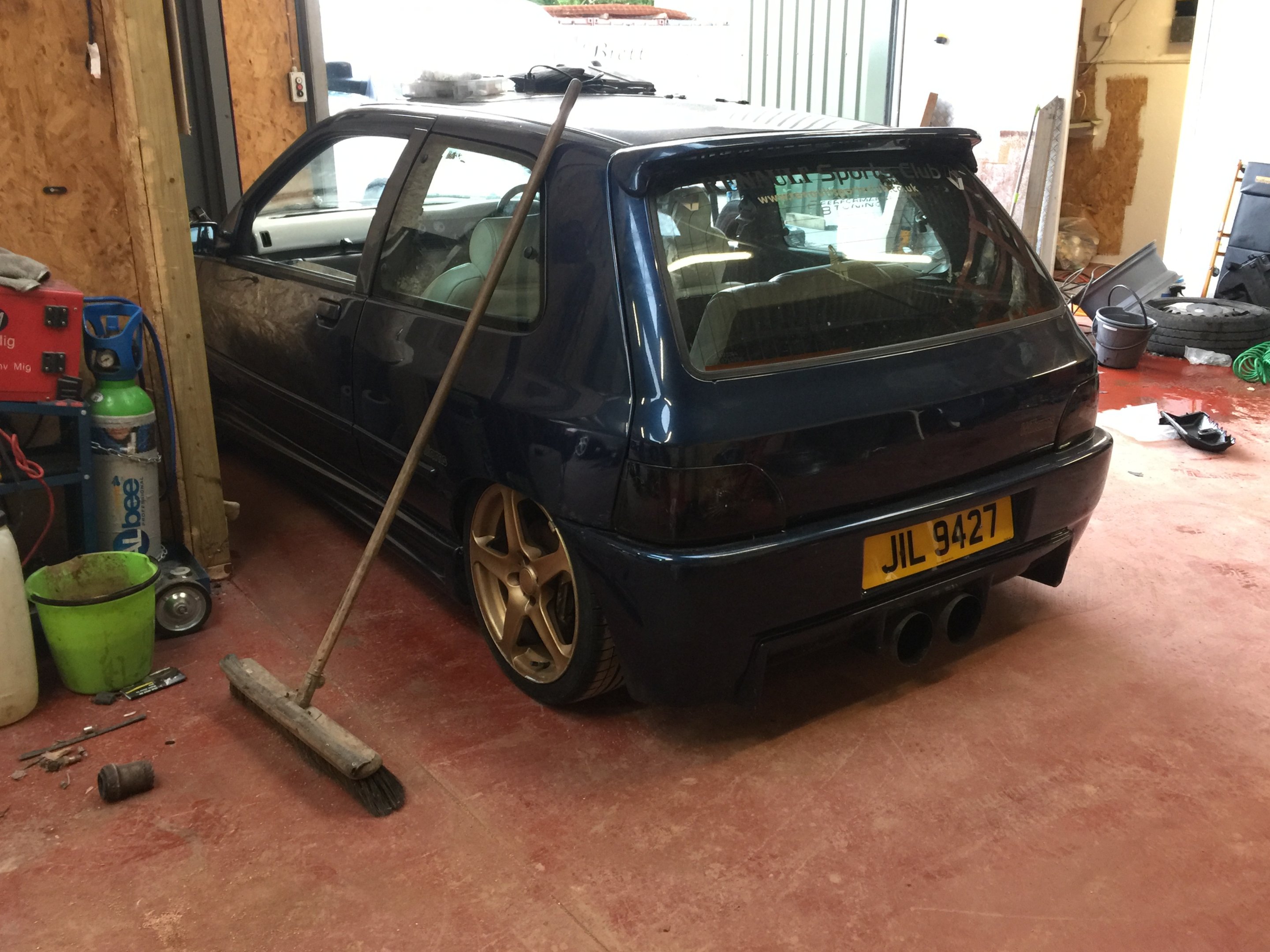 Basically long story short, I brought this clio of eBay, seller said he thinks the alarm has killed it, done a little digging, all the alarm seems to be working, doors lock / unlock
Immobiliser turns from red to green and it cranks over fine.
Stripped engine bay loom from injectors to ecu couldn't find any broken wires, checked alarm wiring all seems fine. However! While cranking it over my mate happened to touch the ecu and it was hot. We took battery of, stripped down the ecu, and bammmm there's a burnt capacitor. And that's where I'm at currently....

Problem I have is the clio is suppose to be a 1.8 16v running a mapped ecu with 2.0 injectors.
(so I've been told)
Do I buy a 2nd hand ecu and see what happens? Or ecu injectors etc?
Are the ecu unlocked being a mk1? Or do I need the reader key and ecu? They car is quite a known car it's been to many shows and been on tv apparently, I like try get some photos up if it..
just at abit of anlose end of what to do now, as I would like to wonder what's made the ecu pop before replacing it incase there's a fault coursing this problem... any advice would be helpful,
But to recap there is
Spark ( not brilliant )
Fuel
Compression
Also another thing ild like to know is the injectors suppose to squirt a quick blast of fuel on igniton?
On ignition you get abit half a second of fuel in the bores? Is that normal?
W

IIRC the early ones didn't have immobilisers so should be fine to swap a standard ECU in - I'm not sure how many are around now but hopefully you can find one.

I recall reading previously about burnt-out ECUs but I can't remember where/when/why. @Coops Turbo or any of the other guys also on williamsclio forum might have some better ideas than me!

Hope you can get it going
B

Clio 1.8 16v
Thanks for the reply bud,
Had a little look on eBay found a 1.8 16v ecu however the codes are different to mine and the ecu is completely different so no I'm trying to find out what ecu I have Bloody cars

And yes early valvers had no immobilisers so you could swap them over easy enough.
B

So I'm wondering if mine is a 2.0 Williams ecu? Il upload mine

Clio 182 FF
Doing a quick Google of those ecu part numbers and it comes up as a clio /r19 1.8 16v ecu. And your board hasn't been socketed to enable eeprom swaps. So I'd say that looks like a standard ecu
T

Clio 182 FF
Check everything in the loom is plugged into the right thing. Ive seen ecu burned out (other make cars) because some things have exactly the same connector and they were plugged in the wrong way around
B

Clio 1.8 16v
Thanks for your help. If you have a look this is he replacement ecu I'm going to buy, however if looks different shape to mine? Il attach photos, this also has a sport chip or something apparently, I'm not to bothered about that il just be happy to have it running lol. Do you think this will run my car even though it's slightly different?

Clio 182 FF
The problem is you don't know if the one your car came with is the correct one. Someone who knows the part numbers better should help. Or phone a renault dealer and ask what the ecu part number is
S

Renault 19 1.8 16v
The problem is solved?
You must log in or register to reply here.