Hope I havent bitten off more than I can chew! Ive arranged a "friendly" race between my Cup ( minus all my I.C.E ) and my good mates CTR at the Pod early next year.

On paper it all looks quite even but what are peoples thoughts on me chances. I know that this is a Clio forum and everyone will say ill whip him but Im not so sure being a realist as the CTR is quick.

Ive never done quarter miling either so thats not in my favour!
T

Should be close, all depends on how you start what revs when you drop the clutch etc. The first run I ever did I managed 15.2secs (at The Pod) The second run I crashed the gears and got 16.4. Then ran 15.2 - .3 for the last two runs.

You know what they say practice makes perfect!

Be very close! i wouldnt be surprised fo the CTR would win!
S

Cheers, hes no Tiff Needal either so it should be fun! Weve agreed to do best out of three to make it fair incase one of us fcuks up ( Which is likely! )

Get some practice. Leave eveything that you dont need at home. 1 gallon of fuel in tank.
S

On this note, hes just had an idea that well make it a Civic vs Clio shootout and well try and book the Pod for the day. If we get about 20 of each marque it should be quite good. Hes going to ask his Civic chums..

Would any of you guys ( or ladies! ) be interested in this?
V

In France we did a few 172 vs CTR runs and they were pretty evenly matched, it was mainly down to the start. This said, the Cup should beat a 172 for the 1/4 mile so maybe you stand a better chance. (But watch out when the CTR gets into 3rd, thats a looooong gear and will pull back abit - assuming youre infront at that time)
C

I would expect that the cup would beat the CTR. I have held my own against a CTR on a stretch of dual carrigeway split up by sections of roundabout over a mile or so from a rolling start (About 15 mph). One of the gripes about the Cooper S is over long gearing which I have to agree with (1st hits 45, 2nd low 70s and so on) but it can be used at an advantage sometimes. i.e from speeds of betweed 20-30 mph I would opt for 1st gear so the revs are right their immediatley and the red line comes up instantley which means second is in its power band rather than waiting for the revs to buid up....Not that this SHOULD be needed with a Super Charger but their is still definatley a flat spot at 2,000 revs.

Apologies if I have wandered off the original thread but yeah I rekon you will beat the CTR if you are an equal match to your opponent.
K

Youll have to bring your CTR along then Keith! As mentioned Im going to try and attract 20 of each marque to make the day more interesting.

Not much clio interest at present....
C

best thing i can recommend is practice. go out at nigt and stop yourself on an empty motorway and try a couple of practice runs
C

Have to say that from a test drive in the CTR it did feel like you were going a fair bit quicker than in the both the MCS and the 172. It just rips you back in your seat through 1st and 2nd gear. Distribution of power and where it comes on stream obviousley has a lot to do with this. Had to take it a bit easy in the 172 as the salesman wasnt too impressed (Been in Rhyss though under full throttle along the snake pass) whereas the guy at Honda was lapping it up and telling me to boot it.

Sangy - Fancy a few Cooper Ss to come along too?
K

Sangy, I am in no doubt that if I was to go that I would embarrass my self on the line with the car jumping up and down like a pimp mobile while the wheels are spinning. The lack of LSD on the CTR causes an awfull mess if you get it wrong.

Spinning my wheels I am good at, drag racing I aint. I agree it should be very close, in these circumstances it is down the better starter.

Dont worry about it Keith, never done it before either which is why we want to have a few goes! At the end of the day I want to try and get a friendly day to give people the chance to test their cars without fearing of making an arse of themselves in front of hundreds of people!

If theres not enough interest then a couple of Coopers would be more than welcome!

An apertif before the main course shall we say!

Lots of civic interest from my mates board, come on Clios!?
B

Im up for it; should be a good day out - surely we can muster up enough support if Brands Hatch was anything to go by..?!
S

Theres all this talk about the 172 being faster than the CTR, well heres the chance to show it! Looks like its just you and I then Batesyboy!

Ive faith in my ickle Cup though! If I look like im losing then let the ramming commence....
K

Sangy, Whats the address of your mates board. By the way, where is Santa Pod?
S

not sure of the address but its the standard CTR owners club board i think? As for Santa Pod, its just outside Wellingborough, near Northampton - land of speed cameras!
K

If you can find out what the address is I would appreciate it, interested in seeing posts from other CTR owners about everything.

500 Mile Round Trip I think I better had be good before consider attending!. Thanks for the invite anyway.
R

Id be up for it, I need to get a few things done first, but itd be good to have a run at somewhere close to home before treking all the way to York, itll give me a chance to sort things before a big York meet, so, game on!
C

Once again I would be interested if welcome?
S

Course you are! Im not that elitest. My mate wants to show off his Pulsar GTI-R so there might be a few of those as well, doubt Ill take those on!

Ill ask again in January when Ive booked it and got prices and dates.

From what Ive seen (in France mainly) its a pretty even match. Which is obviously why theres such a 172/CTR rivalry! Possibly the 172 needs more work to keep level than the CTR? I dont know... Ive not driven either.

Anyway, it will be down to the driver so get down to your local industrial estate and start practicing in the middle of the night. The launch is the most crucial element without a doubt - you want to find out where your max power and max torque are and never let the revs move from between them. The only time you will ever want to go over the point of max power is if youre racing for the line and a change to 4th will lose you a third of a second (and thats if youre good!) So anyway, dial in the revs, lets say max torque at 4500. Go off the line balancing it on the clutch and you need to be on the verge of breaking into wheelspin, once youre rolling you can feel when you can let the clutch go and floor it. Get that perfect and youve got an unbeatable launch. Then keep it floored until just after max power (lets say 6500 for example), change up fast, hopefully the ratios are close enough so it drops you bang in the middle of your powerband again, and then repeat the whole process. When youre practicing get a feel for the gaps between 1st and 2nd, 2nd and 3rd, 3rd and 4th etc. If they are not all close and even (which they wont be) you need to vary the change-up point according to the next gear youre going into, so you dont get caught out at low revs by a long 2nd/3rd gap for example. In this instance you would get to max power at 6500 in 2nd and keep it going until maybe 6900, then change up and drop right back into the power, rather than under the point of max torque.

It sounds a lot, and it is. Just needs practice, but thats why it makes my blood boil when Evo-reading track-day driving triple-garage arseholes try to talk about quarter miling as if its not a proper test of a cars poke. Its a fine art and is certainly not just idling at the line then putting your foot down when the tree goes green, which has been suggested before by someone who thought they were an authority on drag racing but had never actually been quarter miling themselves! 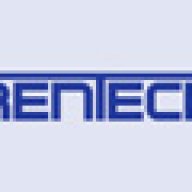 Northamptonshire is the home of the speed camera - they are everywhere and nearly all of them are functional, plus there is a lot of SPECS cameras appearing in the area
2

im up for that lol

Hang on I live in Northampton (25 years) and work in Wellingborough. I could be up for this if I do indeed live this close.
N