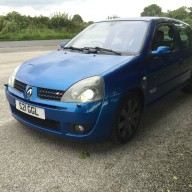 Arctic Blue 182
I've been noticing recently, that water has been collecting underneath my drivers seat.
Upon further inspection, the drain pipe under the scuttle panel had been bent upwards. Meaning that since i bought the car in March (and god knows how long beforehand), overtime it rained, it was collecting in the bulk head.
So pipe fixed and water all over the drive... happy days? Not quite...
I realised that the towels were still getting wet. So in a fit of rage, I pulled all the trim off and ripped the carpets up. To find the everglades under the carpets... I've currently got a fan heater trying to dry out whats left of the flooding...
P****d me off though because I was supposed to be driving to London tomorrow for work and now I'm going to have to Pendolino it back
When I'm back in manchester next weekend (hopefully the rain will have gone by then), I will attempt to rebuild my car
Does anyone know if Renault sell the foam pad material that goes under the carpets separately and if so, is it expensive? 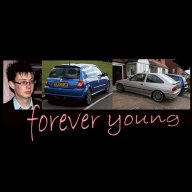 ClioSport Club Member
182
You have my sympathy trying to dry it in this weather!
It took me 3 hot sunny summer days to completely dry out the foam when removed from the car.
It's a one piece that fits both side IIRC, I'm pretty sure it will be expensive if available.