ClioSport Club Member
Clio 182
I’ve had some brass shifter bushes sat in the garage for a while that I’d never got round to fitting. I read @Louis ’s thread earlier and it prompted me to pull my finger out. I gave them a quick rub with Emery cloth before fitting as I really didn’t want them stuck like a few people’s have been 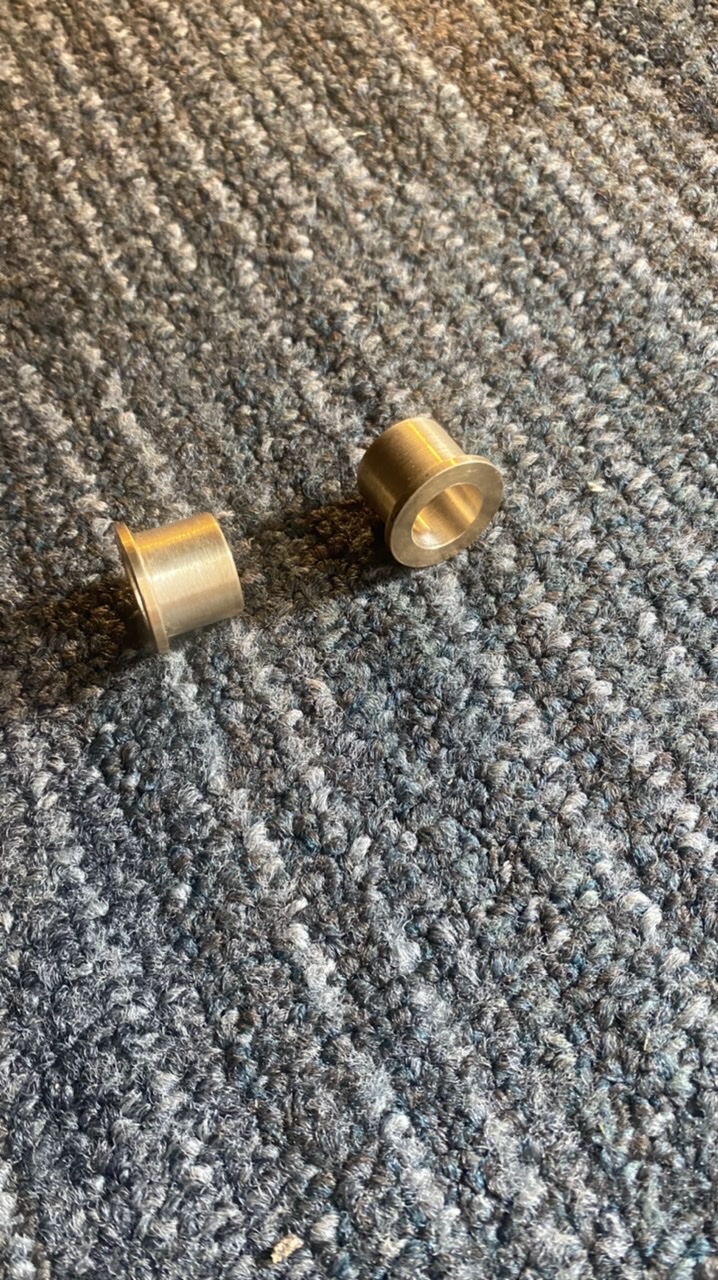 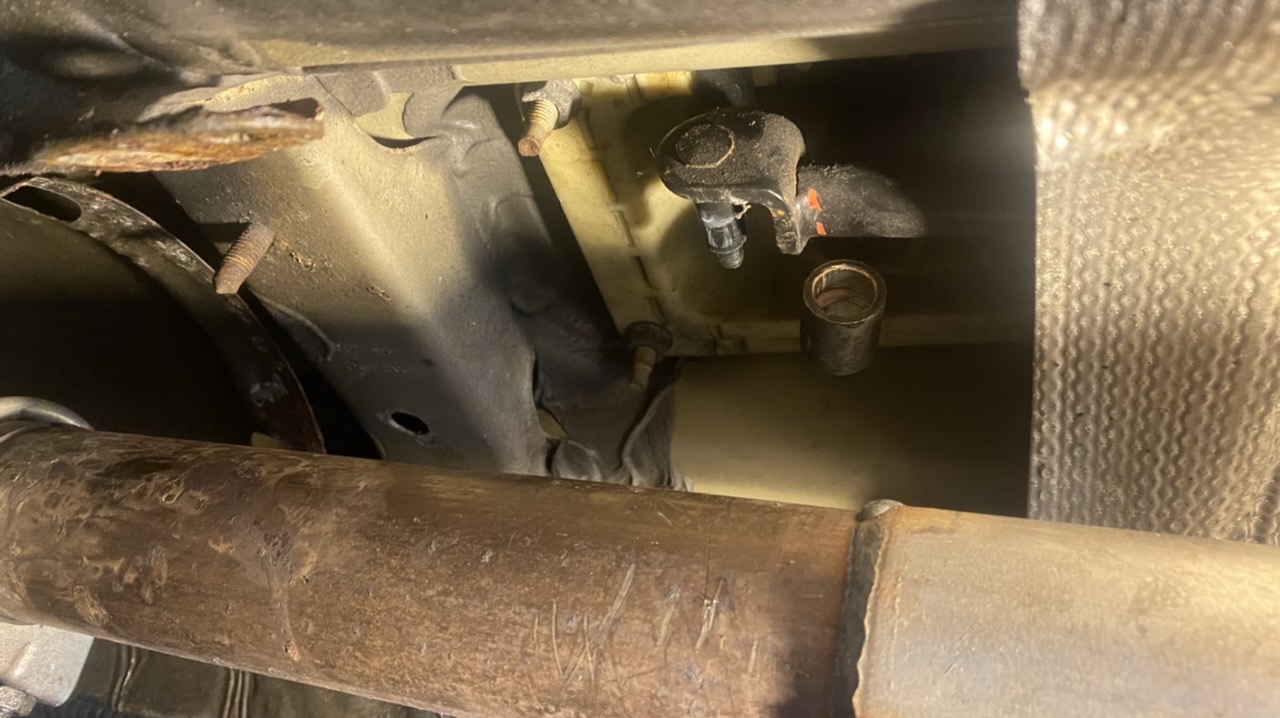 I was going to go for a drive to celebrate but still only have 3 wheels on my wagon. I sat inside, made some car noises, all seems well so called it a job well done. This is how it’s still sat 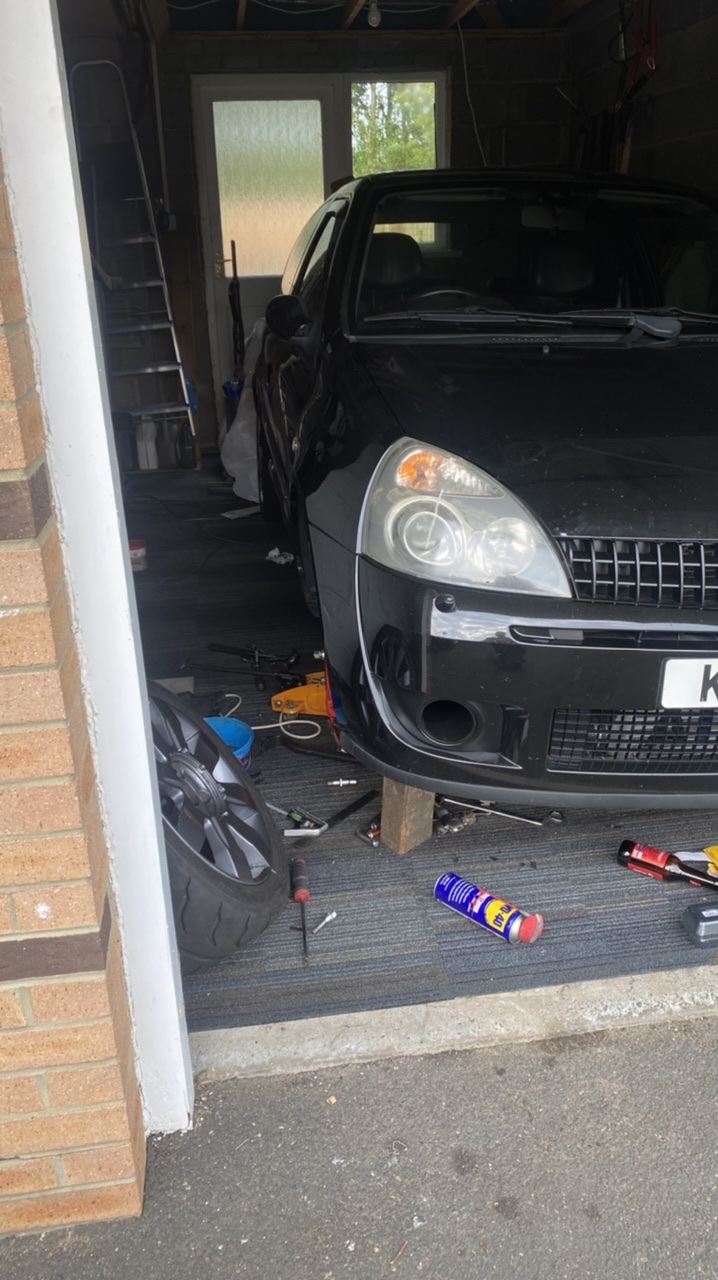 ClioSport Club Member
Meg 175 & Monaco 172
Just reminded me, ill have a check of that bearing when I'm home

ClioSport Club Member
Clio 182
Messed about with another few bits today. My front door speakers have died so all I’m left with is the shitty tweeters in the dash at the front so any music sounds terrible. I popped the dash top off and binned the tweeters. I’ve got some old alpine speakers so thought I’d throw them in the doors.

Popped the caps and it turns out there were already aftermarket speakers in there. Absolute Halfords special of a wiring job and another set of tweeters in the door. What sort of monster wants that much trebe 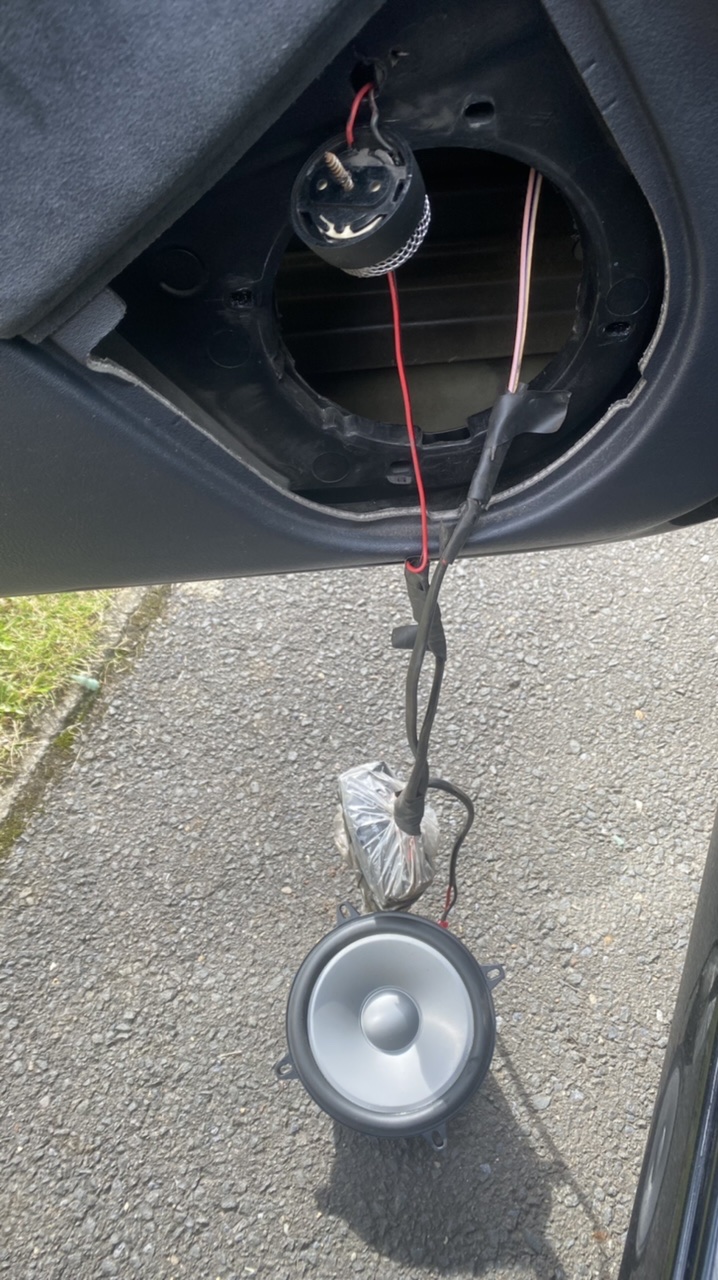 Binned the lot of the s**t and got the alpines in. Still sounds terrible cos it’s old and french and rattly but significantly less terrible than it did. 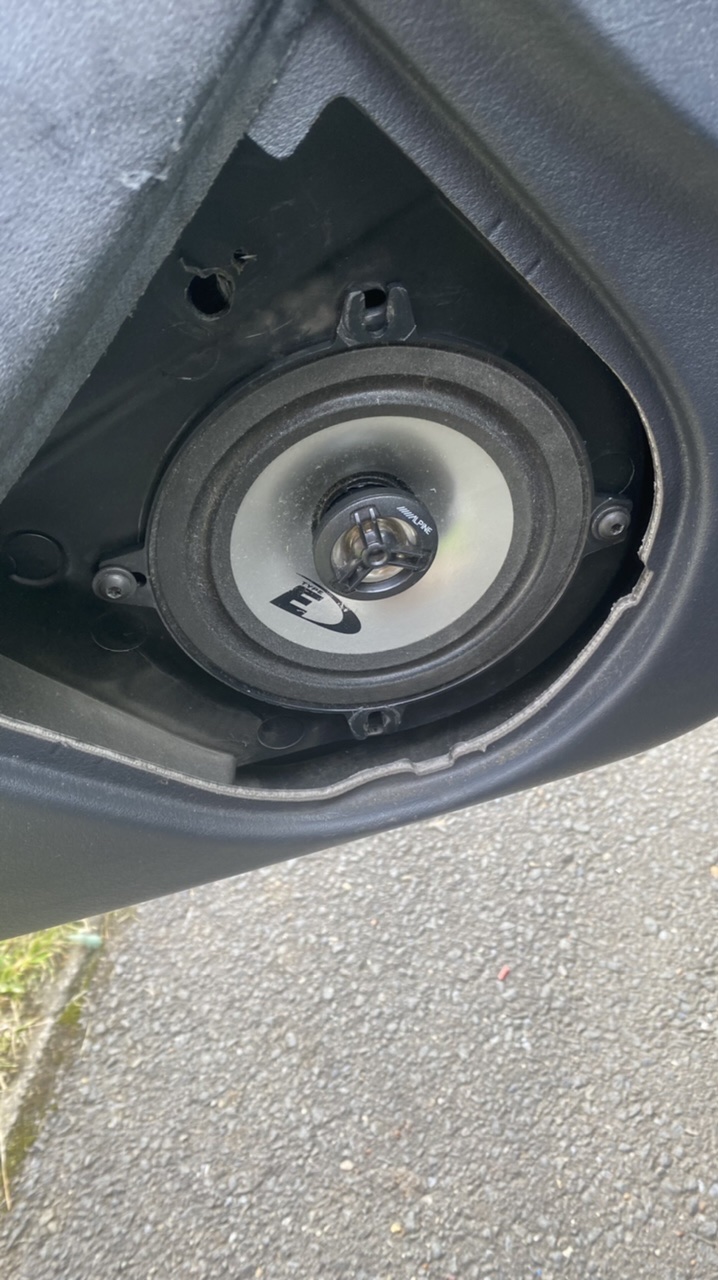 My boost gauge light was wired into an ignition live so while the dash top was off I swapped that to feed from a live feed when the headlights come on. Little things that make a big difference!

ClioSport Club Member
182, E46 M3, 1000RR
Did you bin the speakers? Look like infinity components which were very alright a few years back, wonder if it was the god awful wiring which had failed rather than the speakers.... either way, improvement over non working dog s**t installed speaker

Edit, with crossovers rattling about in the doors by the looks of it!

Touring_Rob said:
Did you bin the speakers? Look like infinity components which were very alright a few years back, wonder if it was the god awful wiring which had failed rather than the speakers.... either way, improvement over non working dog s**t installed speaker

Edit, with crossovers rattling about in the doors by the looks of it!
Click to expand...

They are indeed and they were good back in the day! They are totally shot. The crossovers were in the bottom of the doors in a plastic bag which is a genius idea if it wasn’t for the fact doors get water in them and the bag traps the water on the crossover. All that was left was a bag of rusty s**t and ancient water

. The speakers themselves probably won’t come back to life. The connectors have gone brittle and snapped off and the coils are corroded too. One works with the wires held onto it and the other just sounds like a wet fart.

The alpines aren’t great but the sound is always nice and crisp with them. I really need a little under seat sub so I can put a hpf on the speakers and let them play in the range they are happy with. I’ve got a massive 12” vibe sub in the loft at my mams. Was half tempted to get it yesterday but then quickly remembered I’m not trying to pull 16 year olds and it’s not 2007

ClioSport Club Member
Clio 182
The Romanian Yorkshire rescue hub arrived today so got it on tonight. He said it had been in the sea but to be fair it’s in better condition than my original. 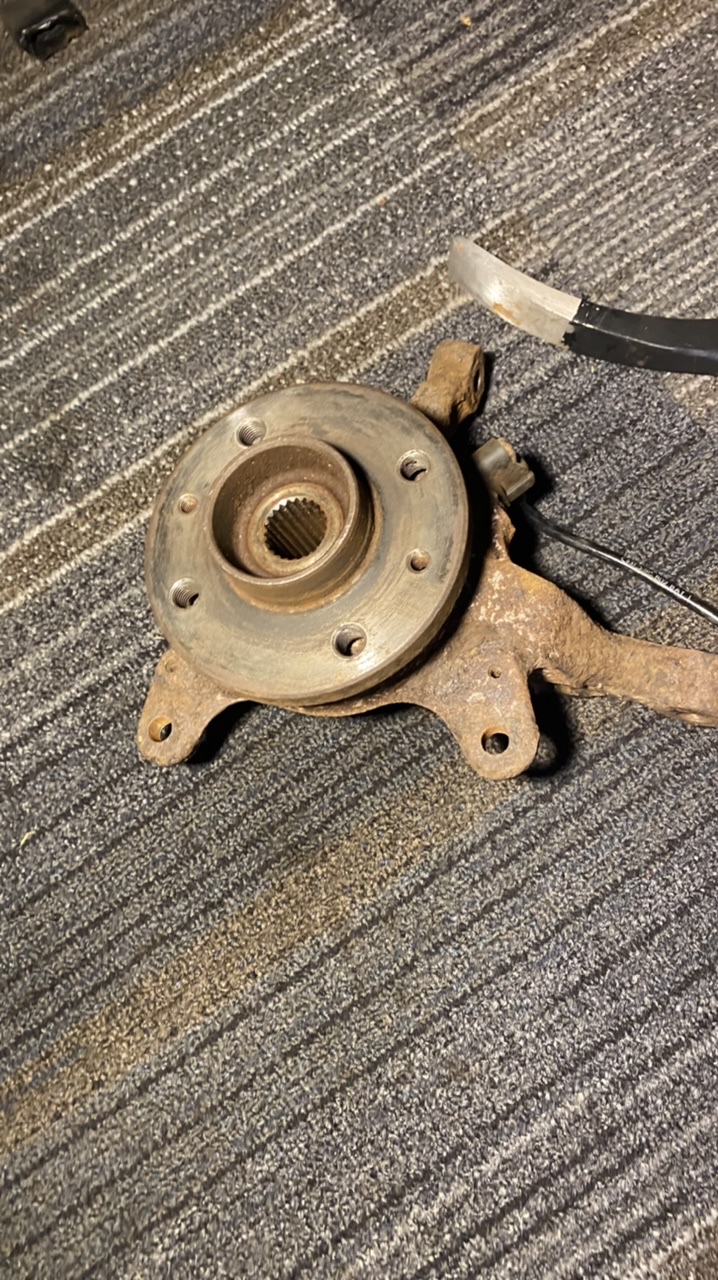 All fitted up and as if by magic the brakes don’t catch. The bearing is stiff but freed up nicely with a few turns and best of all the retaining screws haven’t snapped so I can still use them. 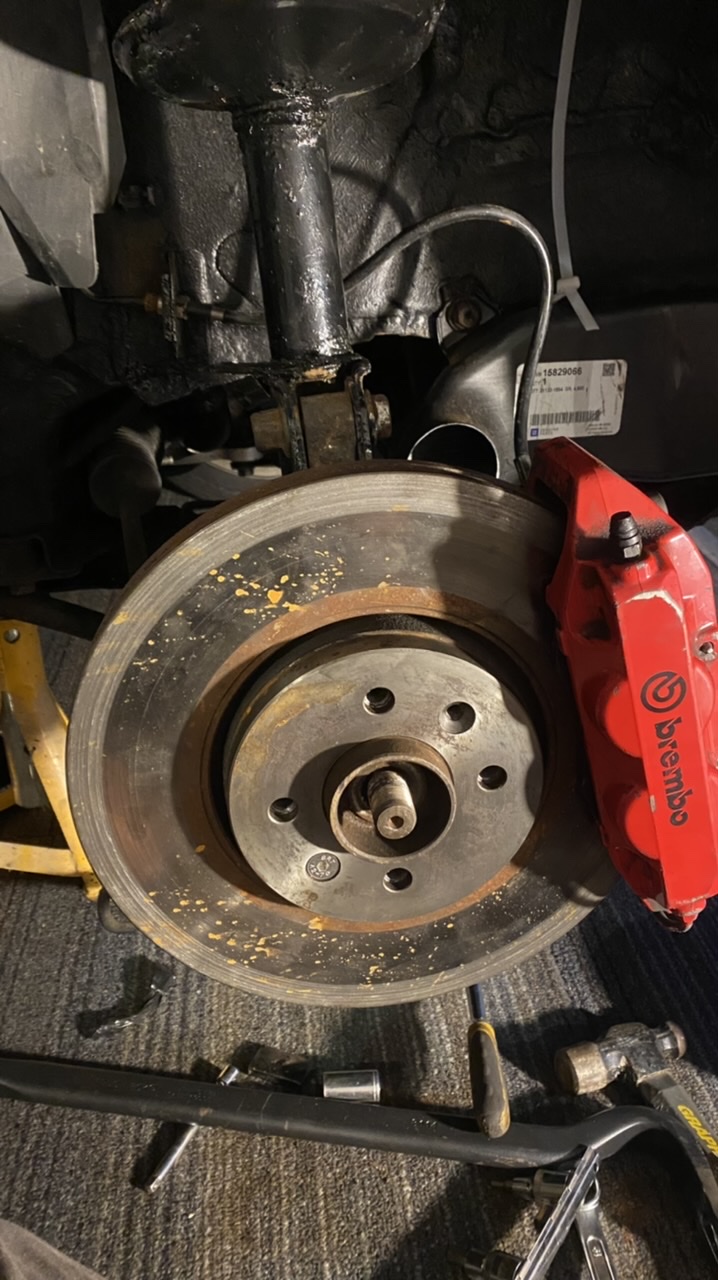 I totally destroyed the bottom ball joint bolt swapping them over so a £7 euro car parts special is on the way to get a new bolt. It’ll all be sorted in the morning.

The Brembos need a bit of a spruce up too so when I change the box over the winter I’ll get them sent off for a refresh.

Glad its all back together mate

ClioSport Club Member
Clio 182
The starter motor has decided to play up again. It’s been sticking after long drives and last week decided just to not work at all. 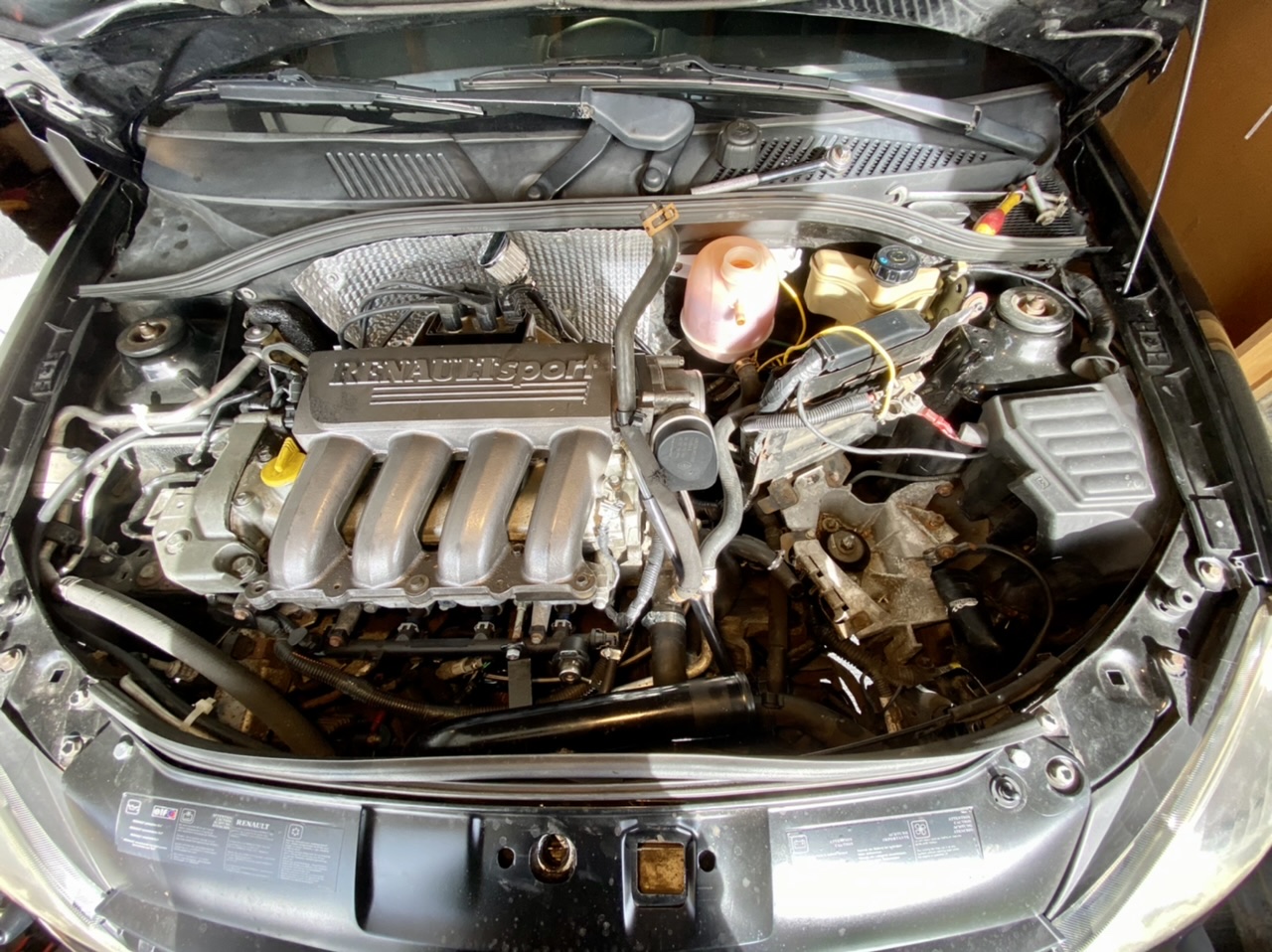 It came out pretty easily in the end. The bolts are all a chew to get to but once they were out it pulled straight out the drivers side wheel arch. It looks like having the turbo made it simpler with there being no manifold in the way. 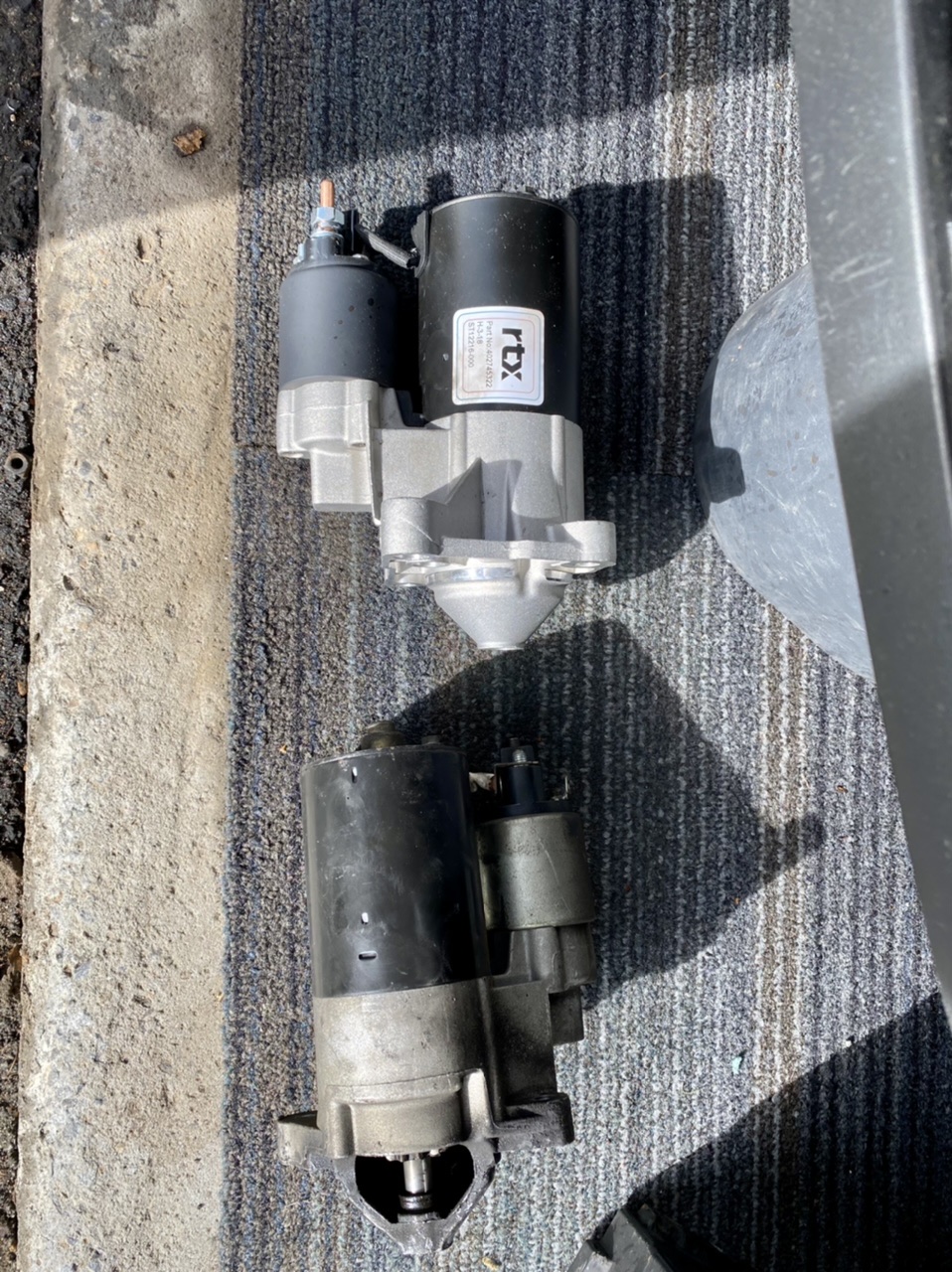 I got it all bolted back up, put back together and as soon as I connect the battery it started cranking. I must have managed to short it on itself somehow. On this pic it looks like I’ve maybe got the big L shape connector just off square and it might be touching on the other connector. Either way, couldn’t be arsed to sort it today so I’ll have a look again during the week. 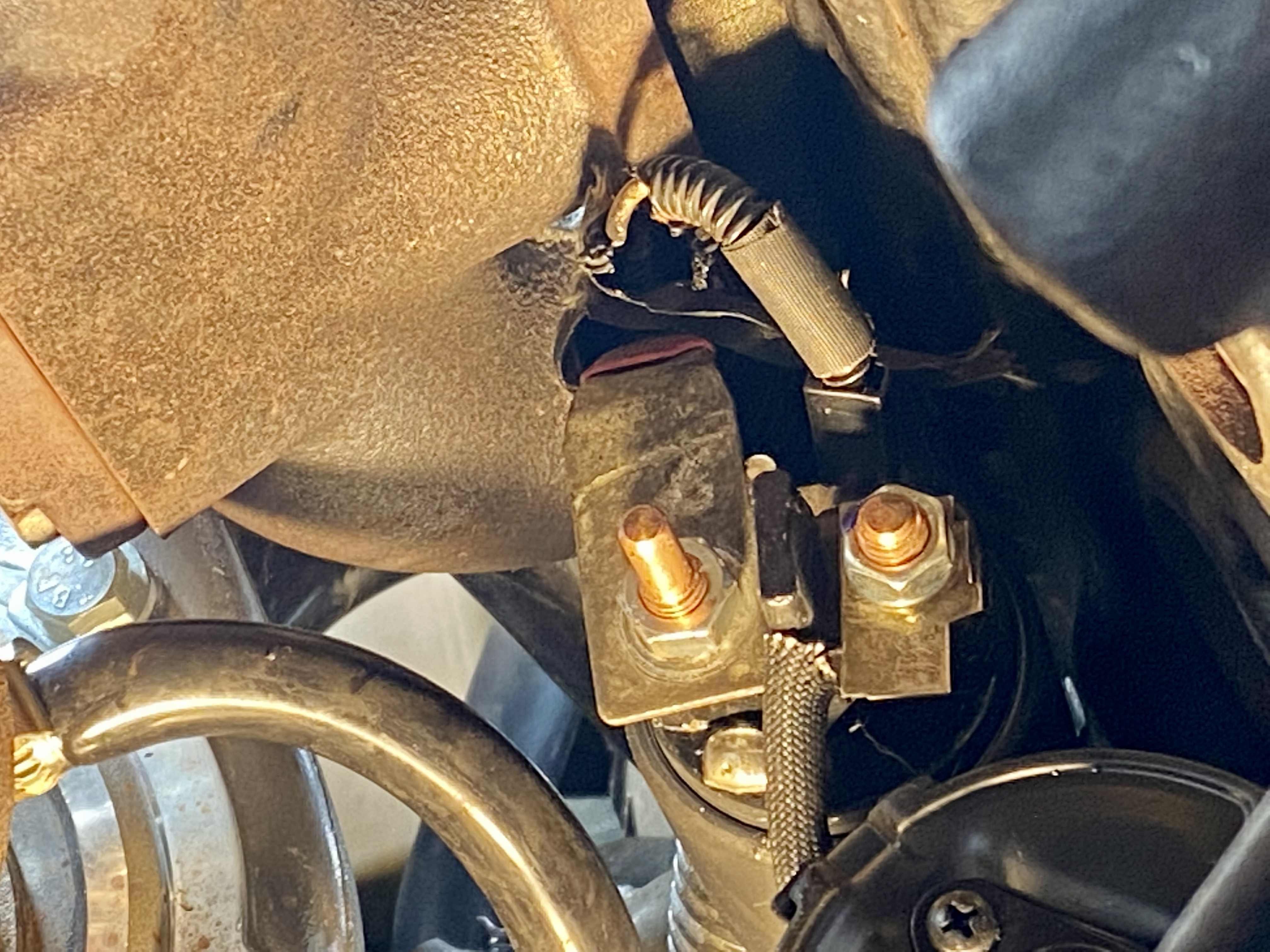 ClioSport Club Member
Clio 182
Got the starter sorted today. As soon as it was tightened it kept shorting because for some reason the prong on the top of this one is miles longer than the original. I tried it with a couple of washers and was no good so just span the connector 90 degrees which has worked fine. It’s a bit close to the turbo so I’ll sort that when the engine comes out over the winter. 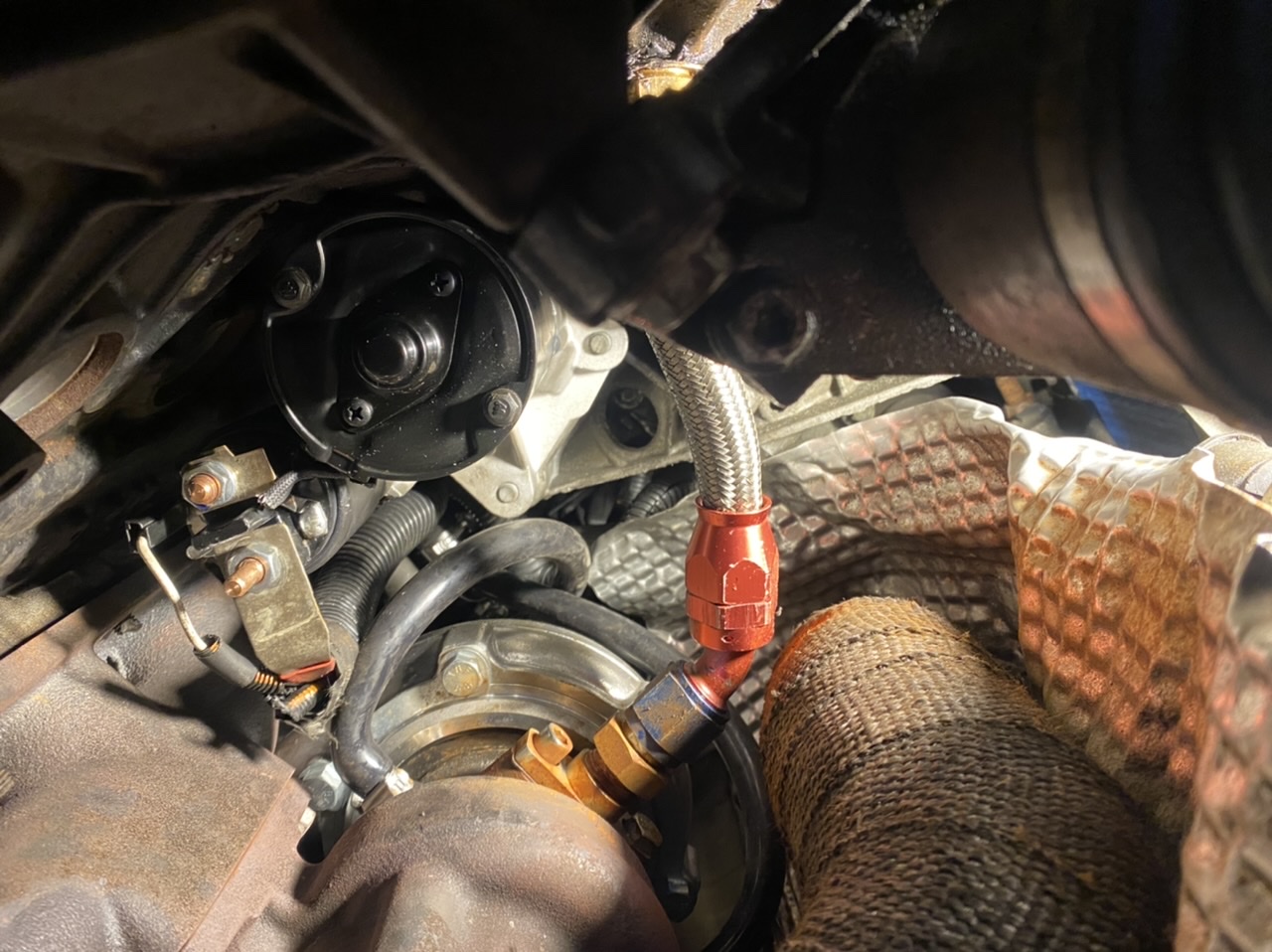 I changed the coolant and the oil when I was on. I went full forum fan boy and bought some of the proper type D stuff. Not that you tell cos the orange slime that was in there has already stained the new coolant bottle 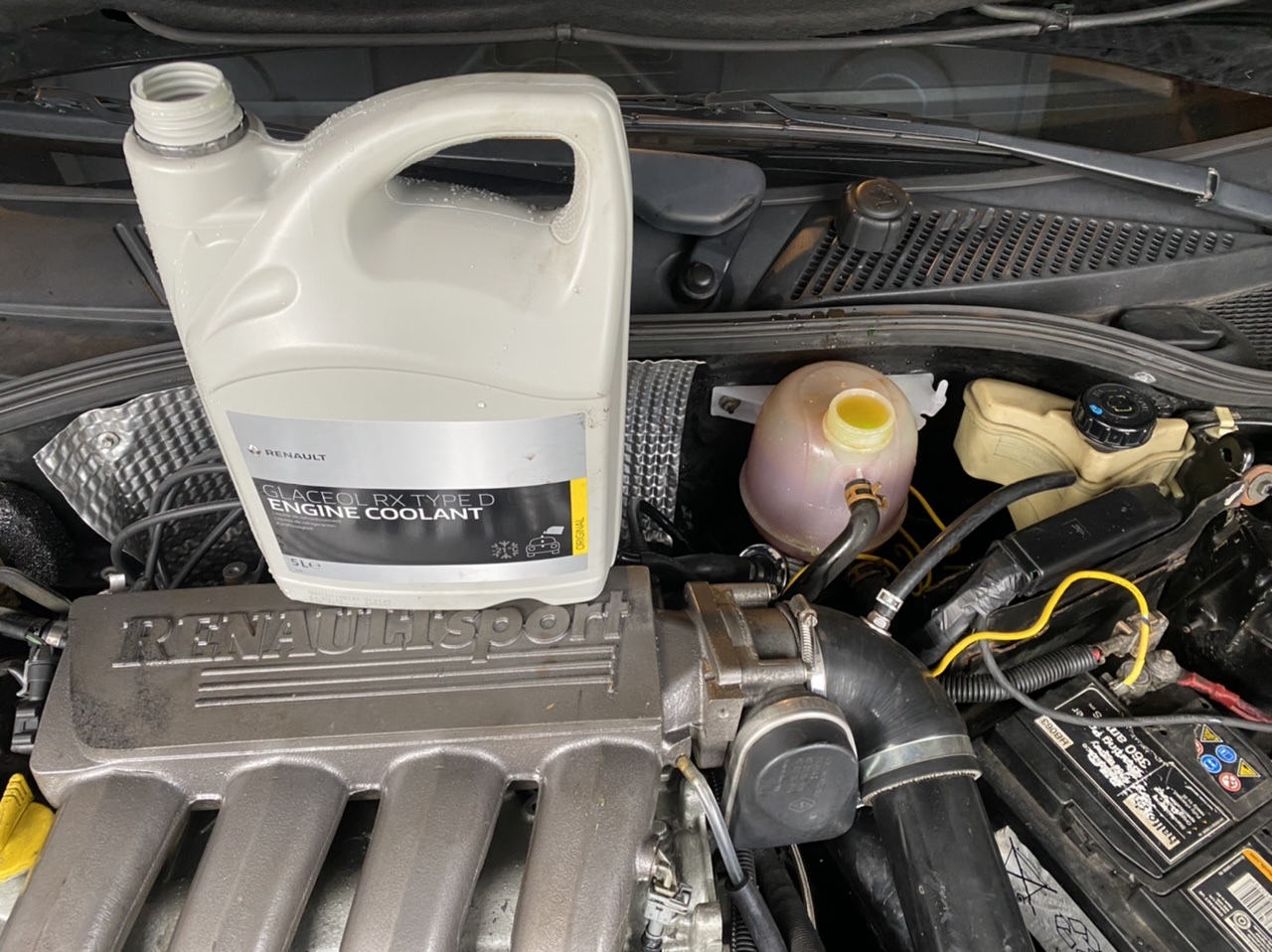 Took it out for a drive and all seems well. It’s still such good fun but as always happens with everything I drive; I’m ready for more power

. Am I right in thinking I can’t do high boost on standard intervals or can I run 280 ish Bhp with a thicker head gasket? I’m not keen on forging and can’t be trusted to treat a forged engine so properly so going to have a think about other options. Might look at meg 265/275 pistons for it if high boost is a no go on standard

ClioSport Club Member
Clio 182
Couple of small updates. There was a random Renault sport badge on the boot that was starting to look a bit shabby so pinged that off. 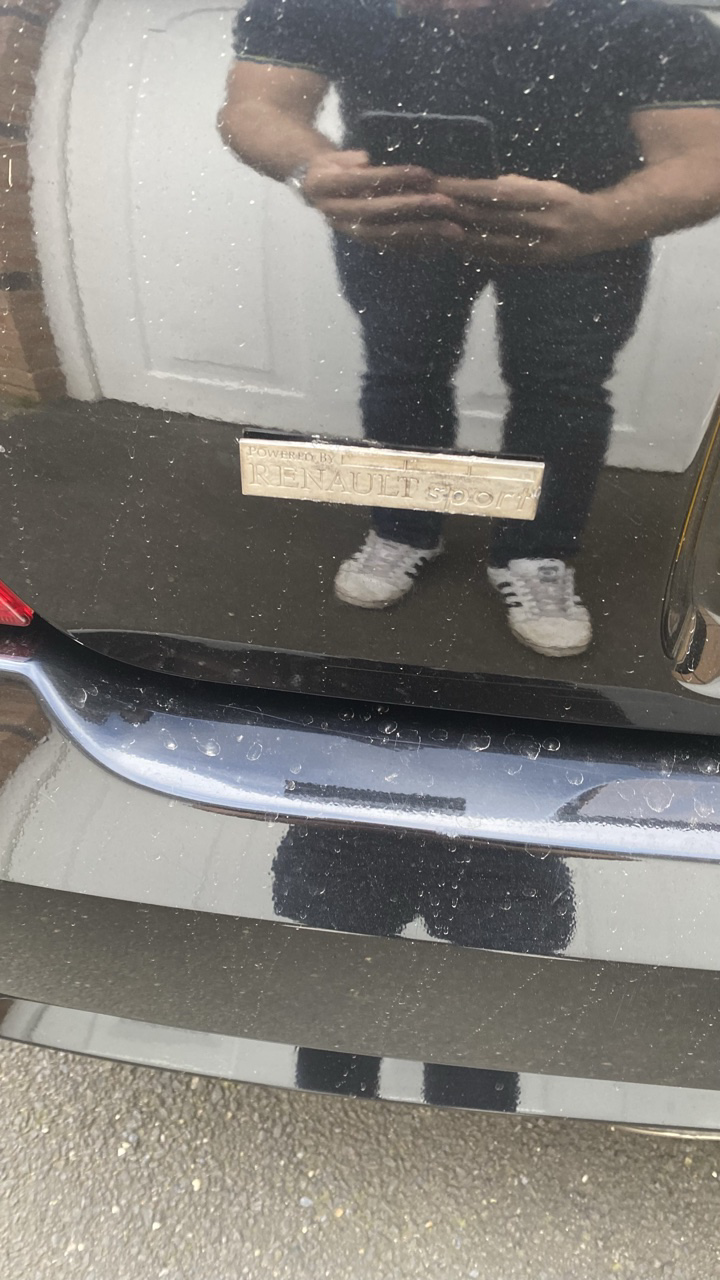 I had planned to leave no badge on there but the doofus who pulled the original badges off has done it with something sharp and took loads of chunks out of the paint. Stuff like that annoys me so much, there’s just no need. The original badges look terrible so after much random build thread stalking to find the best option I settled on the new style rs badge 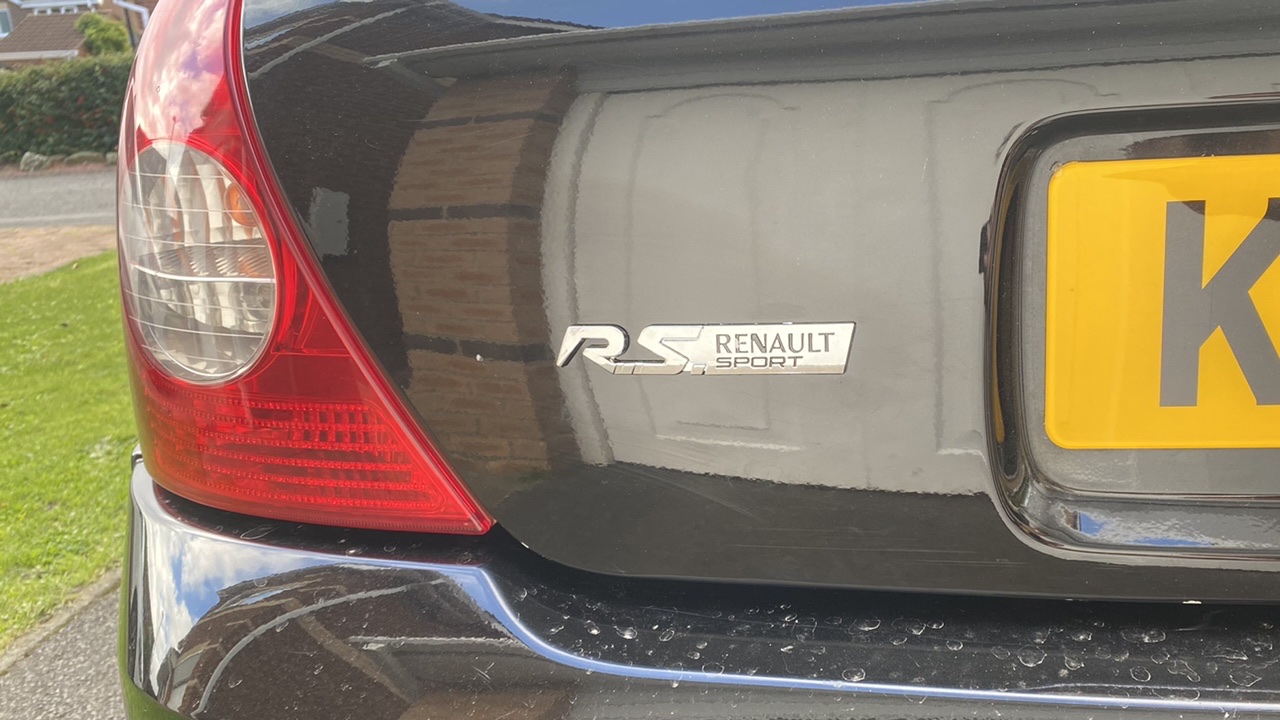 I also replaced the original orange indicators with some silver bulbs and tried for some white sidelights instead of the yellow ones. That plan didn’t go well and the new ones are still very yellow so if anyone has any recommendations that aren’t cheap eBay s**t then please fire away.

After that it was time for a drive. Fuel gauge and mpg seem legit 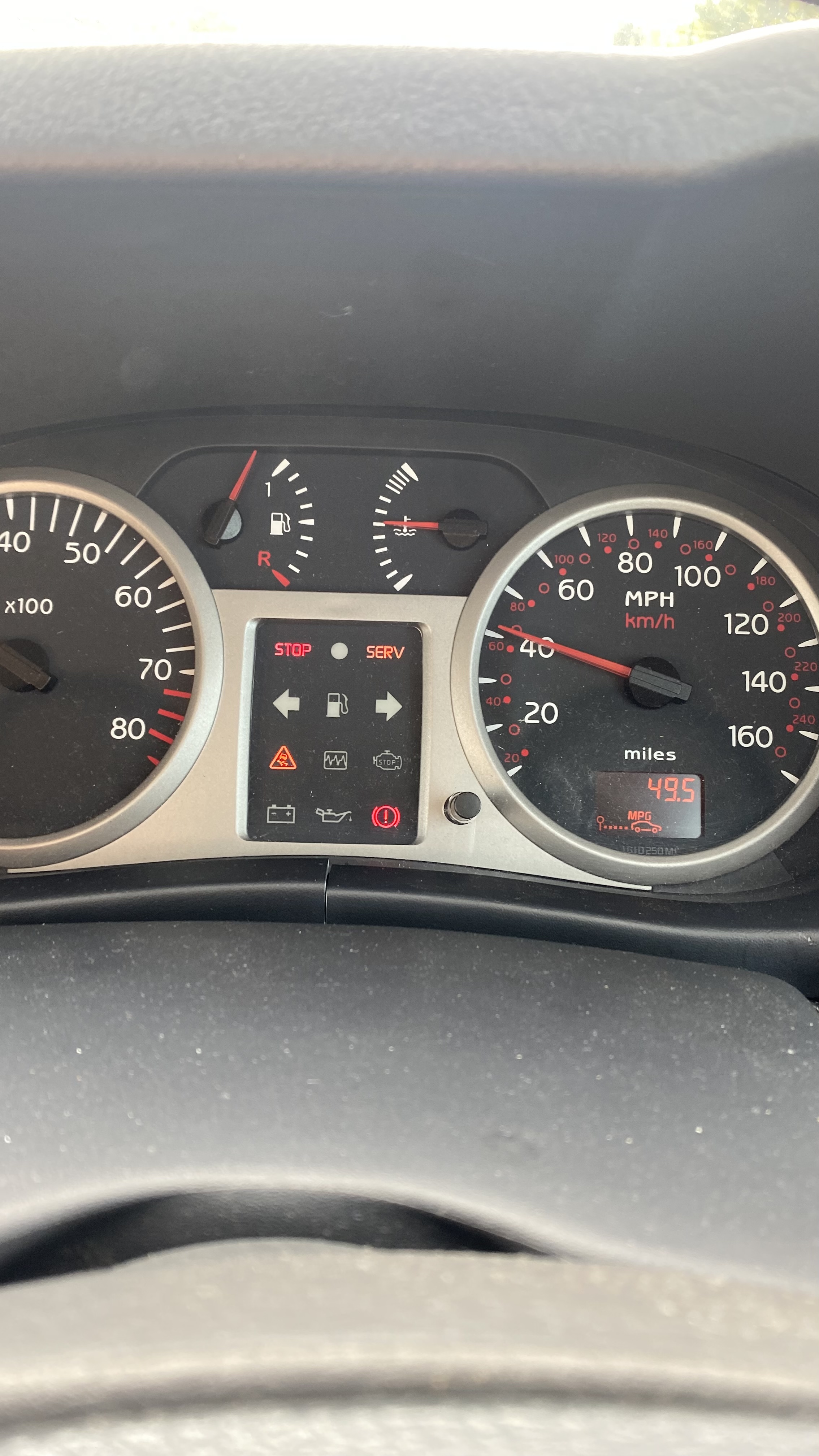 I headed up into the sticks and had the chance to give it its first proper B road shake down since it’s been turbod. It was brilliant up there today, just miles and miles of empty roads with nothing but the odd Volvo estate to overtake and stray sheep to dodge.

The car was great. Handling is fantastic as it always has been and the r888r’s stick to the road like warm s**t. They really do give so much confidence when pressing on. The brakes are cracking and showed no signs of fade even on the long downhill stretches with some serious abuse. Gonna take credit and say that’s all down to my brake ducts

. The engine is absolutely on point. The extra power pulls it out of the corners so well and I love the noise of the turbo fluttering away and the odd cheeky bang here and there. I’ve not had that much fun in a car for years. Anyway, some pics 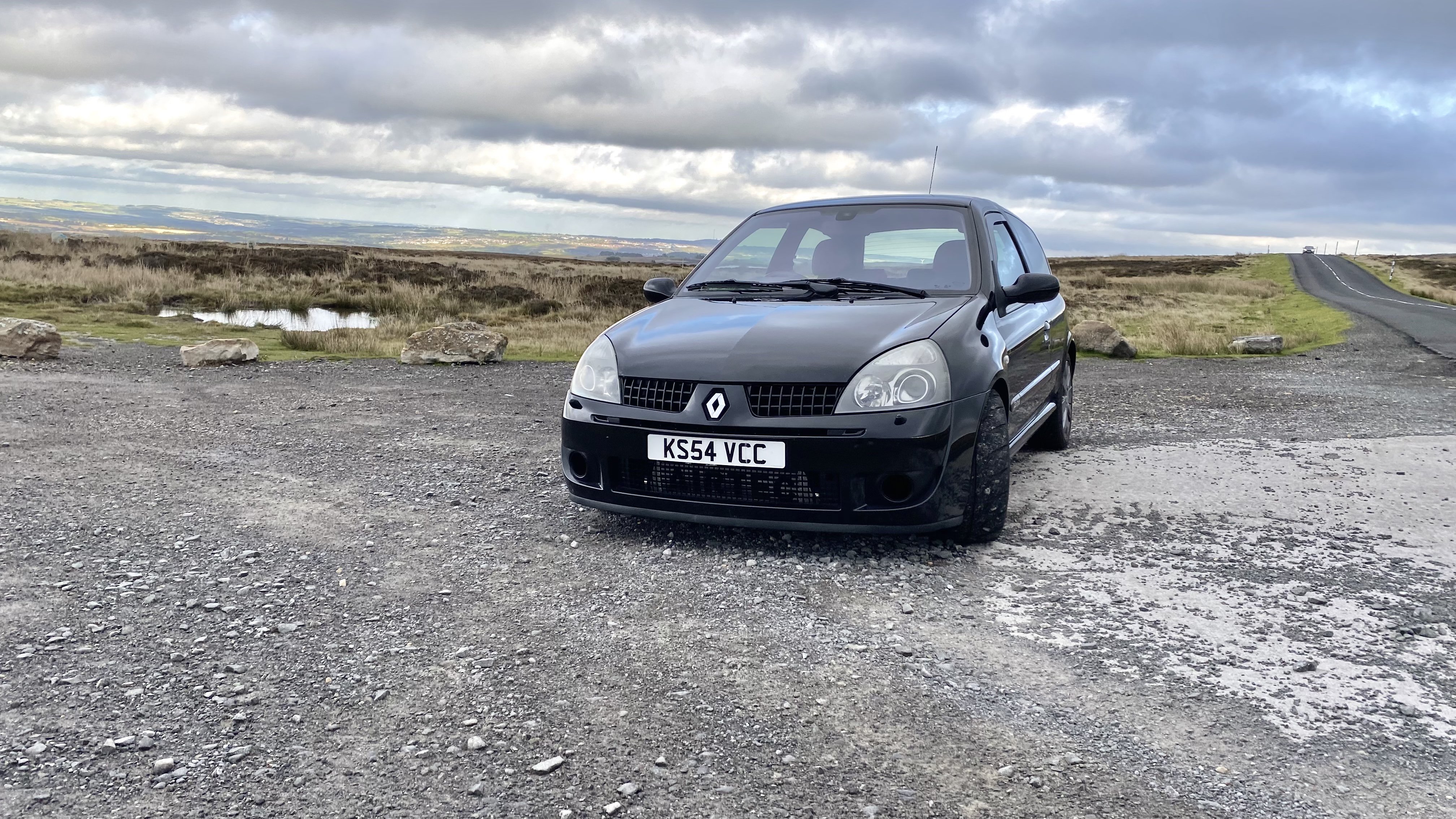 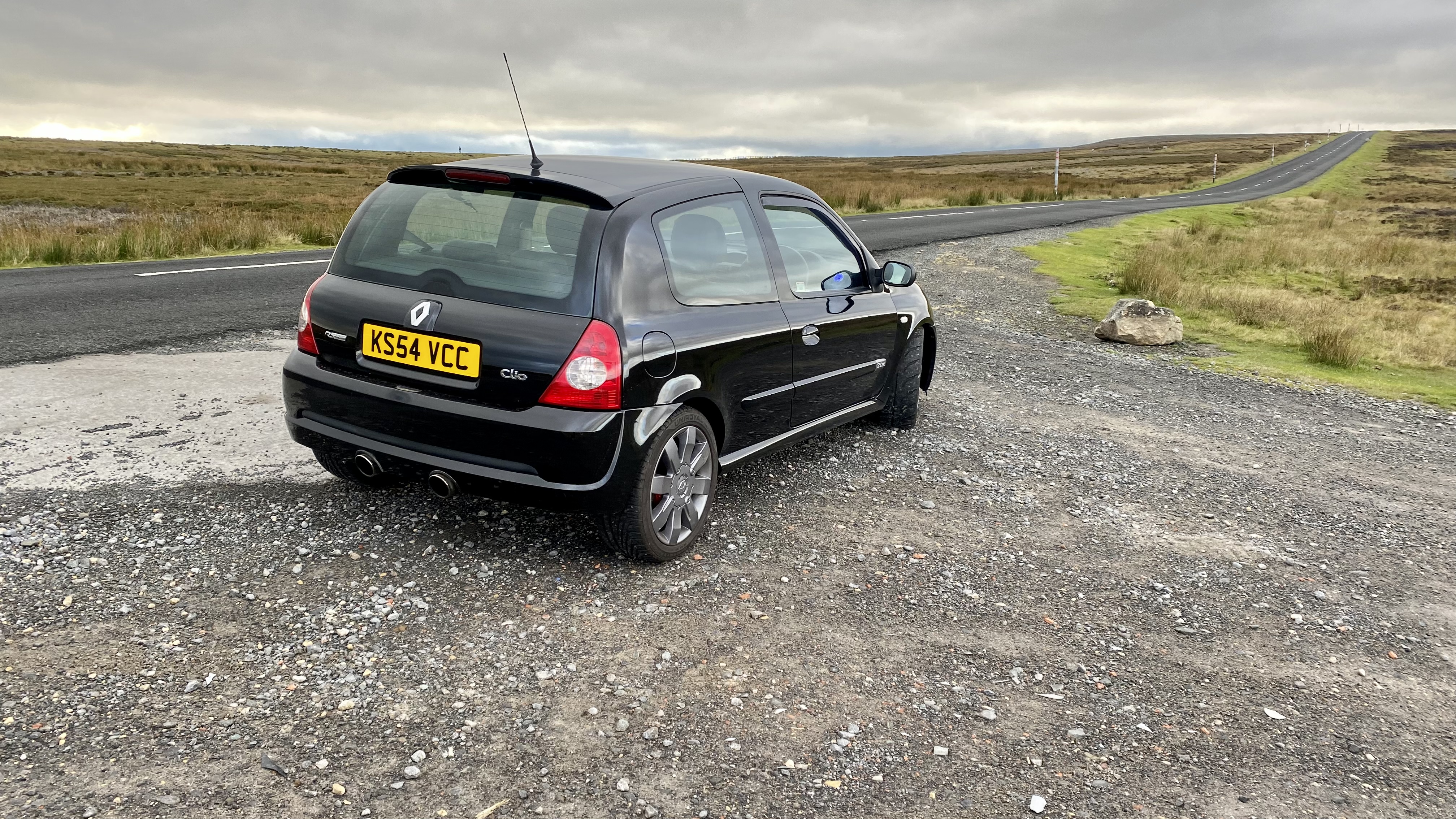 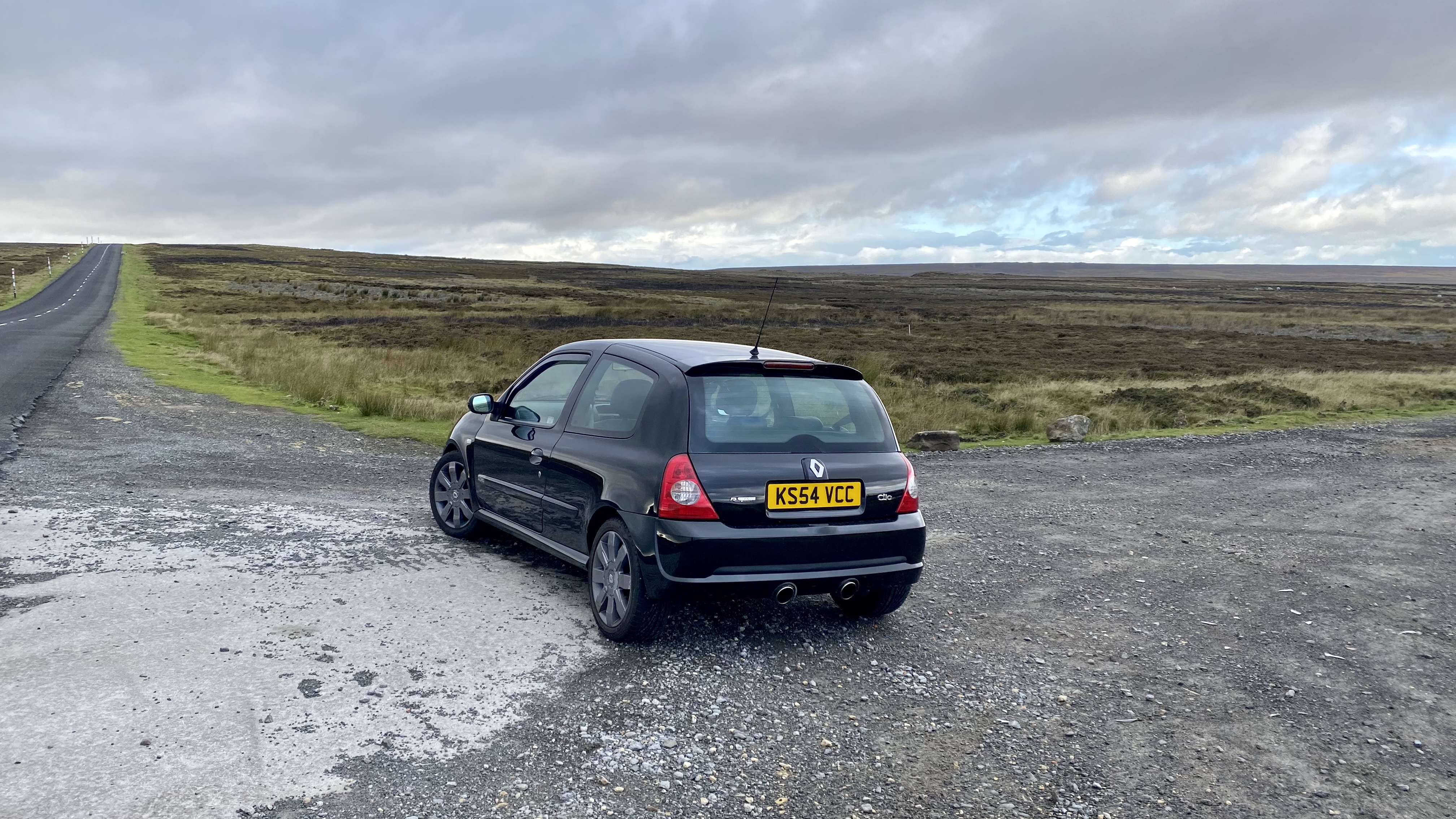 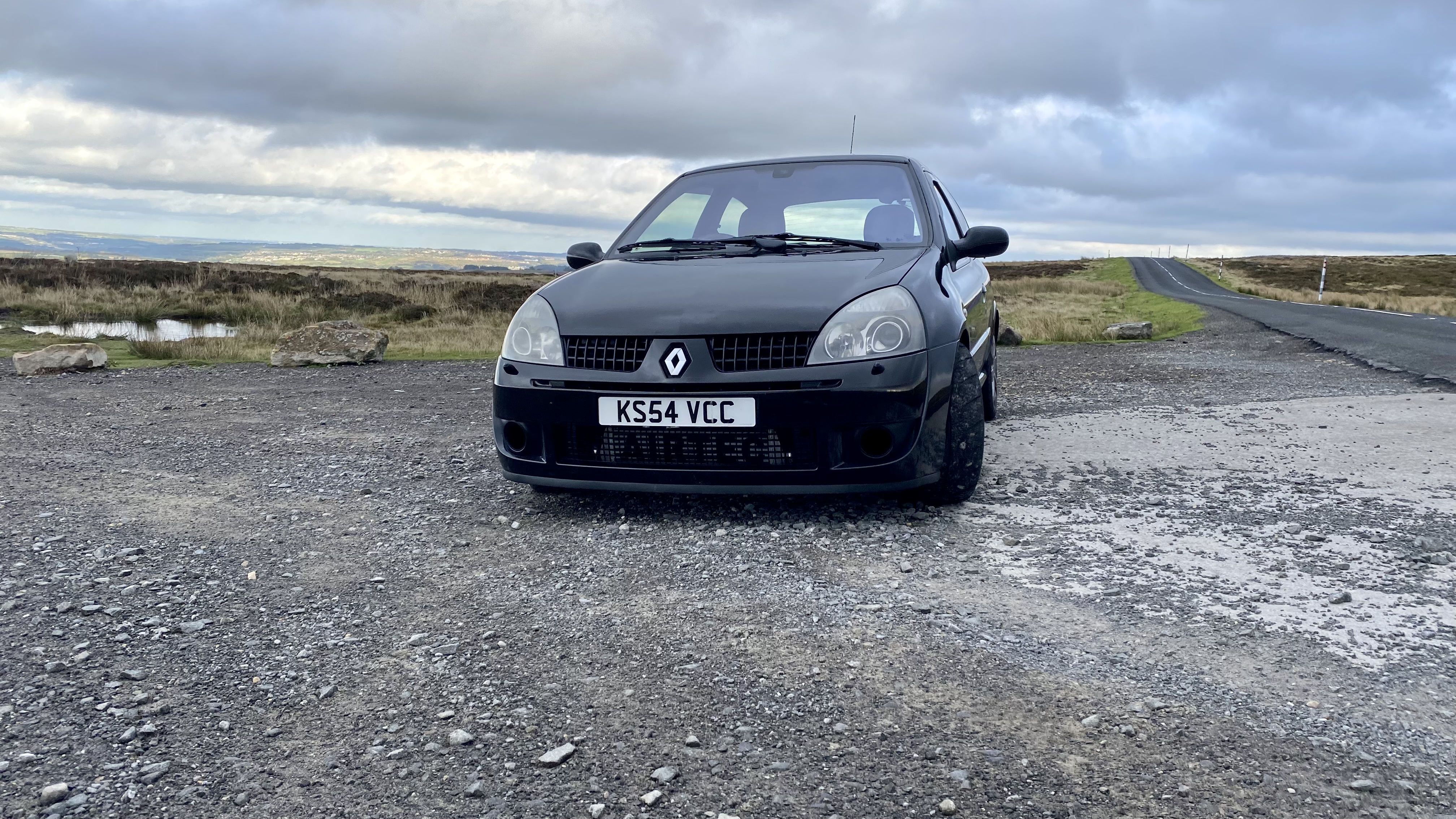 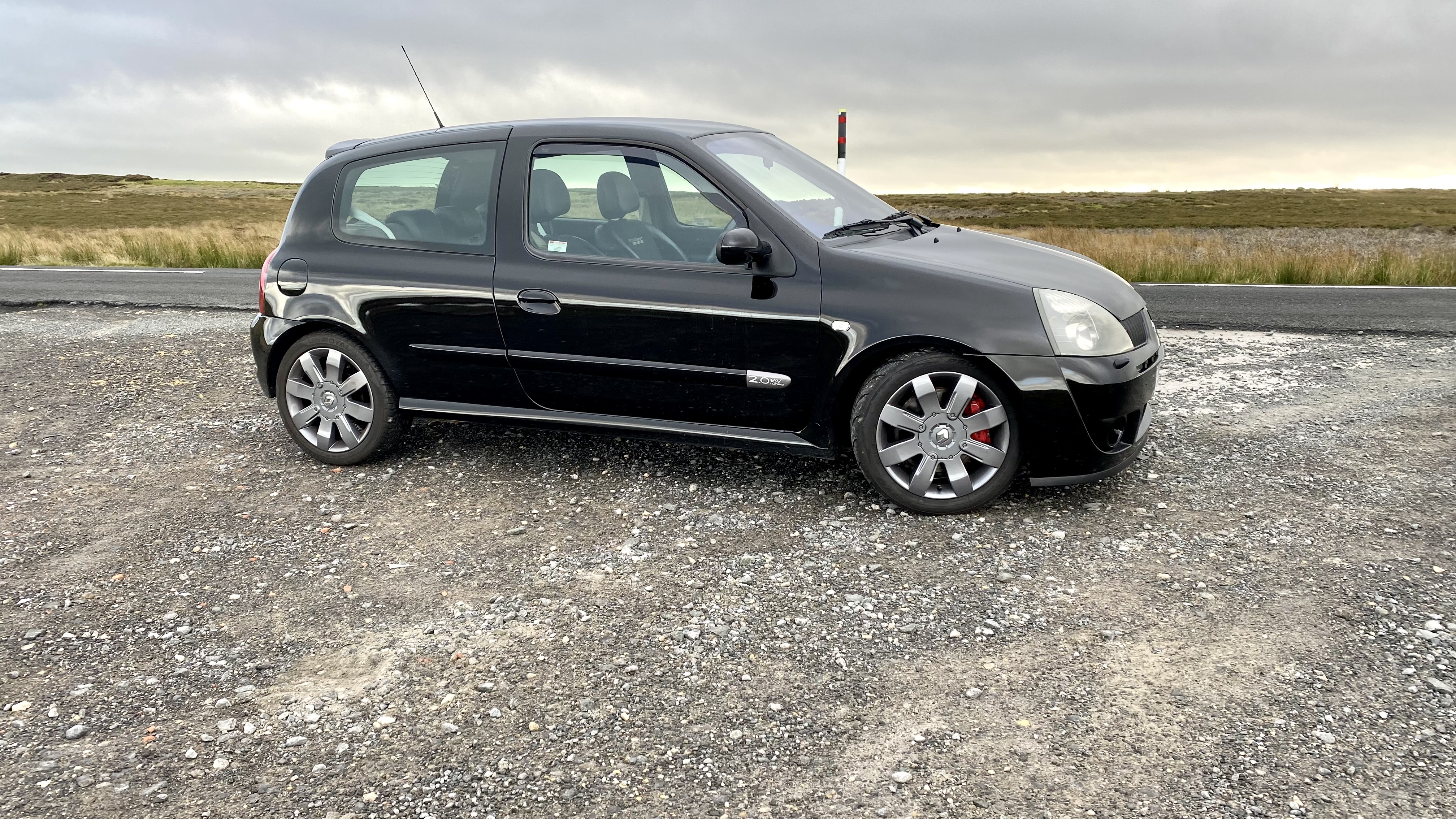 D
What to do about this poo