A few months ago in my old job i had a 68reg Kangoo, got it with delivery mileage brand new. Noted pretty crap in diesel form, and handling average however i had heard that the underpinnings were very similar to meg/mk3 clio, and confirmed when having a look underneath briefly. 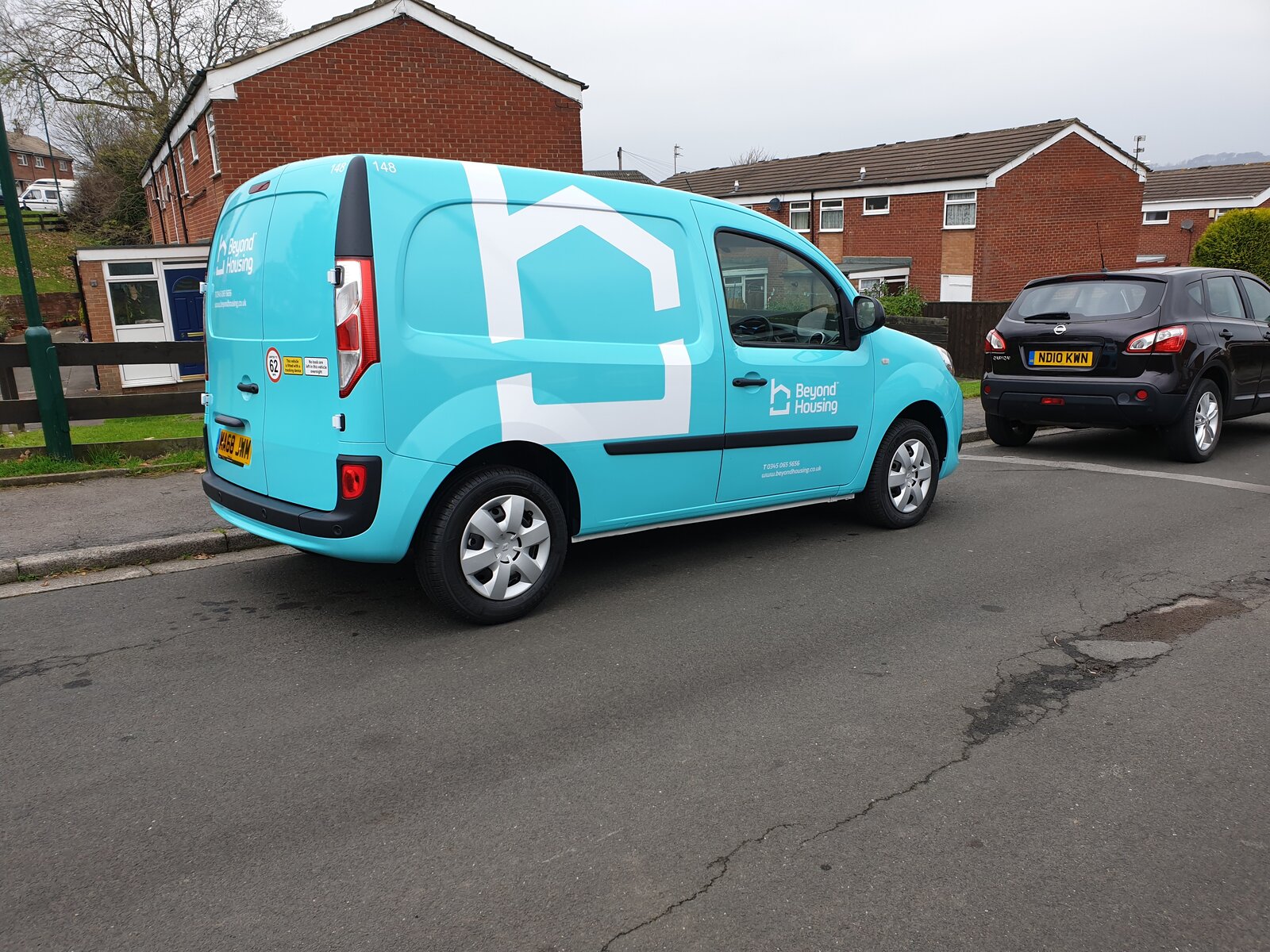 Returned when i left the job, good riddance to tracker and 62mph speed limiter. Thought to myself that it would probably be sound, with more power and better handling.

At the time i still had my old Kangoo 172 (Racevan2), which was leagues ahead. Lacked a bit of straight line speed, and deep down im a turbo man missed the turbo torque so sold which stuck some money back in the pot.

With the drive looking less cluttered and bank balance up a few quid said no more projects until my Extra (Racevan1) is back on the road.

Had the idea of a Megane rs powered Kangoo2 for a while, and seen the compact version. The compact is the same length as Clio2. Compared to the usual ml version of the Kangoo2 its like a micro machine.

Press pic of the compact next to ml 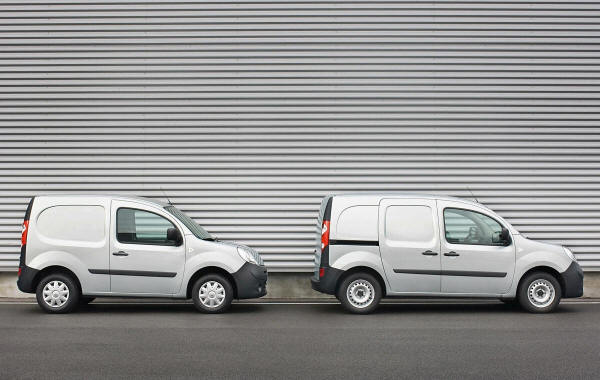 Thinking this would be a great project to do once the Extra is done, sat on the idea. The compact is rare to find for sale, as from what i gather nobody bought them with the 4 foot load space in the rear making them pretty useless as a van.

Mrs was looking and seen one for sale on Facebook marketplace, needing a new engine and only down the road. Made the mistake of going for a look, looked pretty unloved but bodywork quite good, engine totally shot. Stuck a low bid in, scrap money and the fella was up for it.

Collected on the back of my mates truck this week 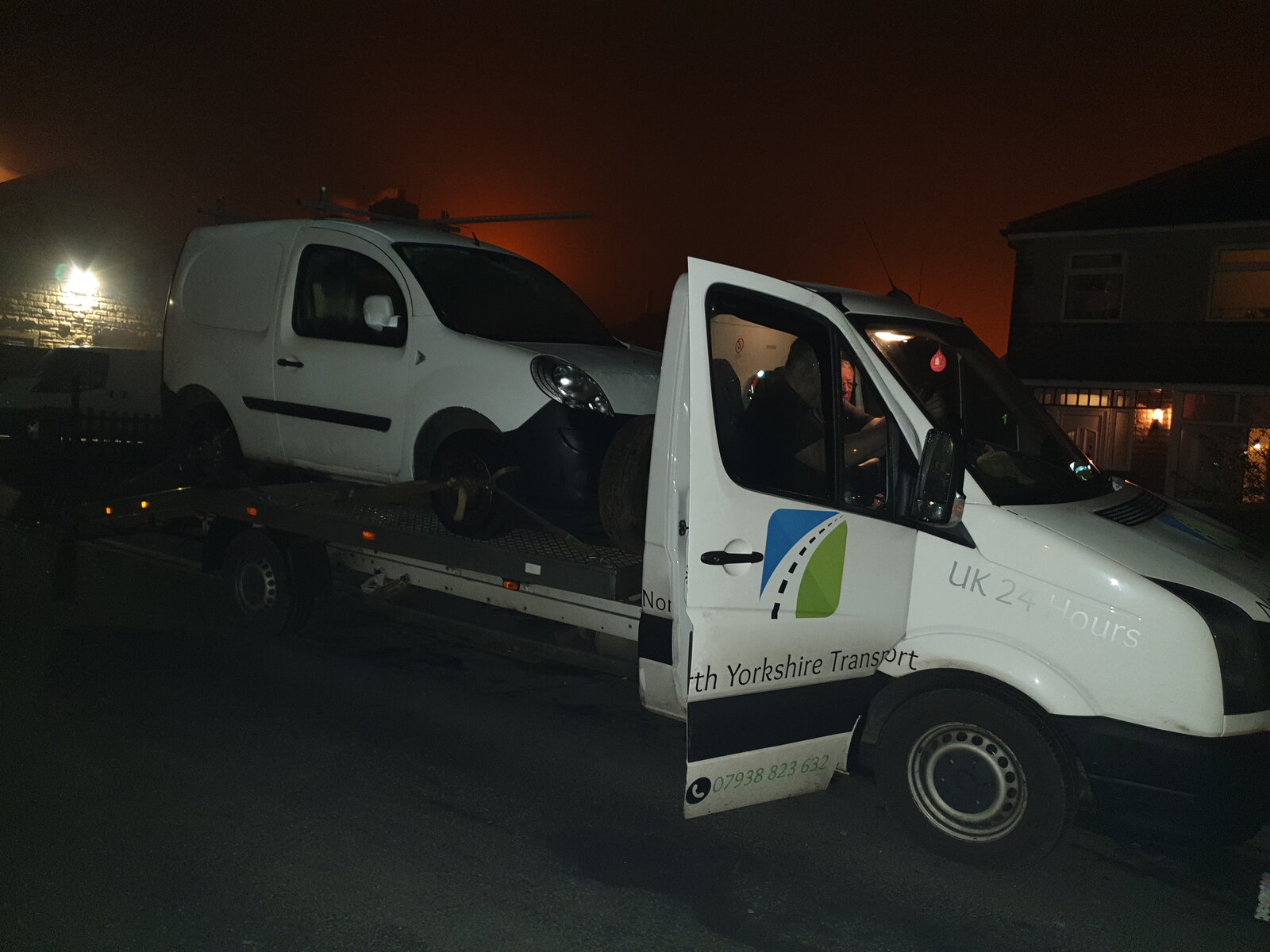 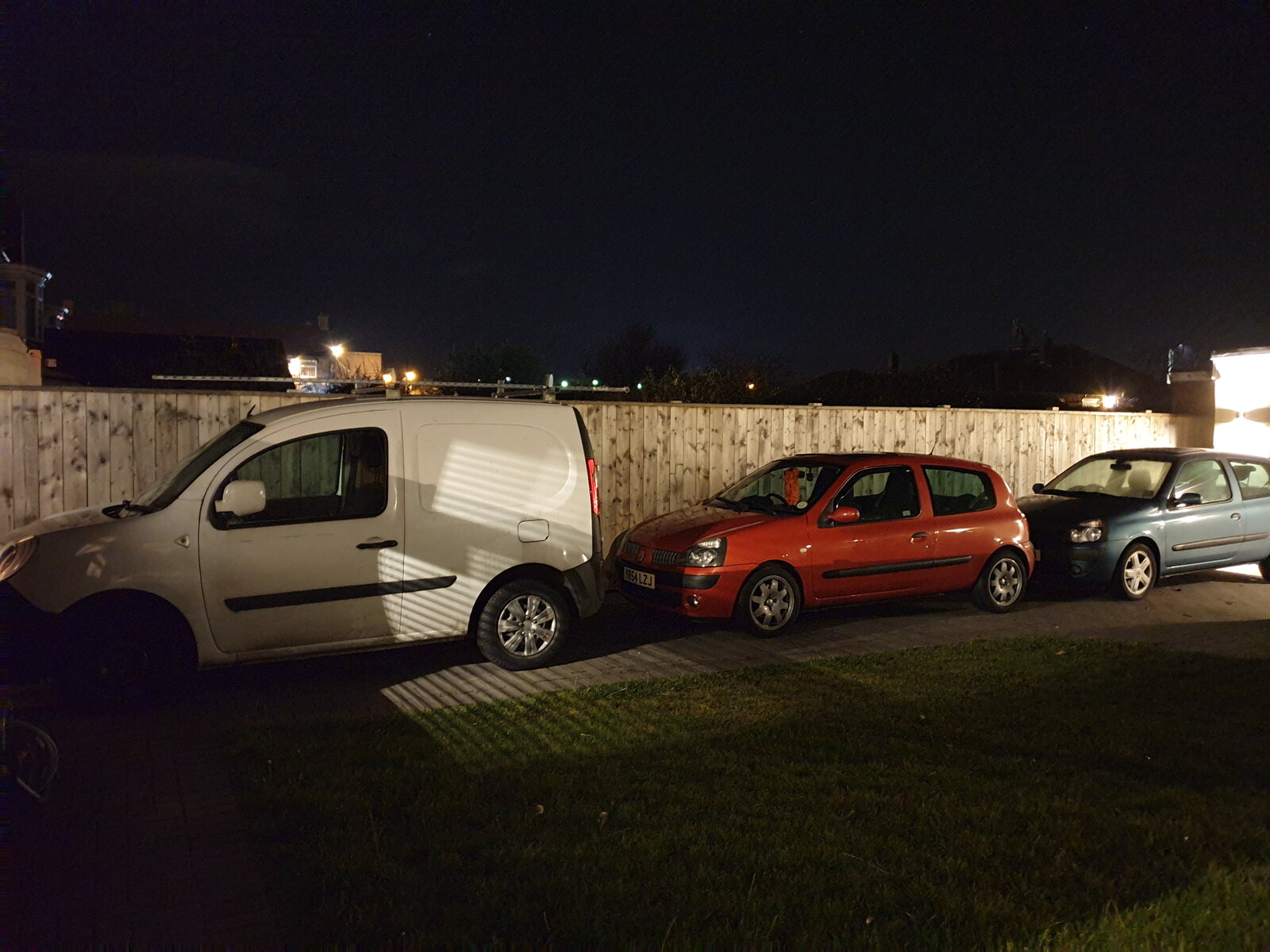 Cleaned up and roof rack removed and pushed into position. 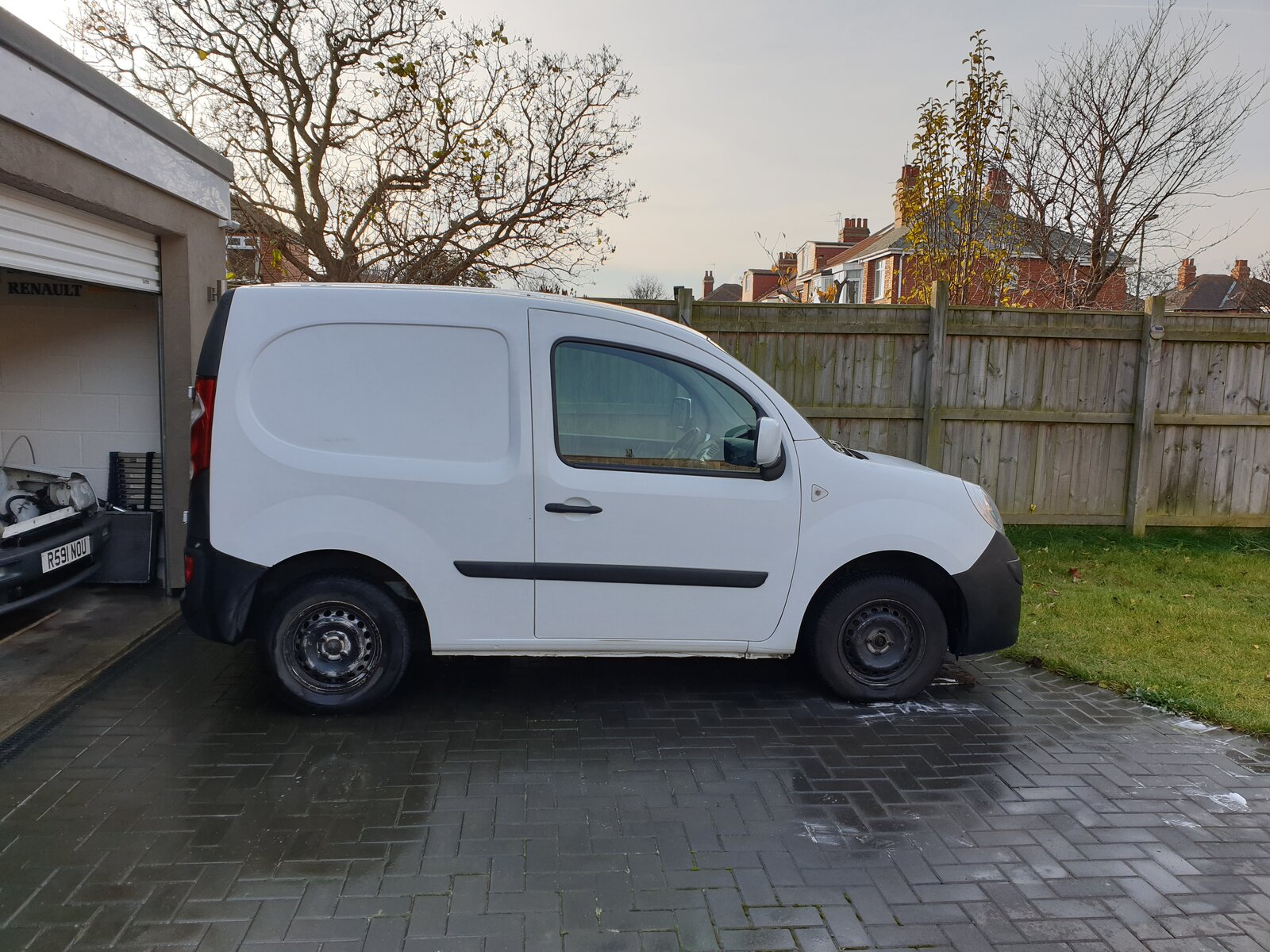 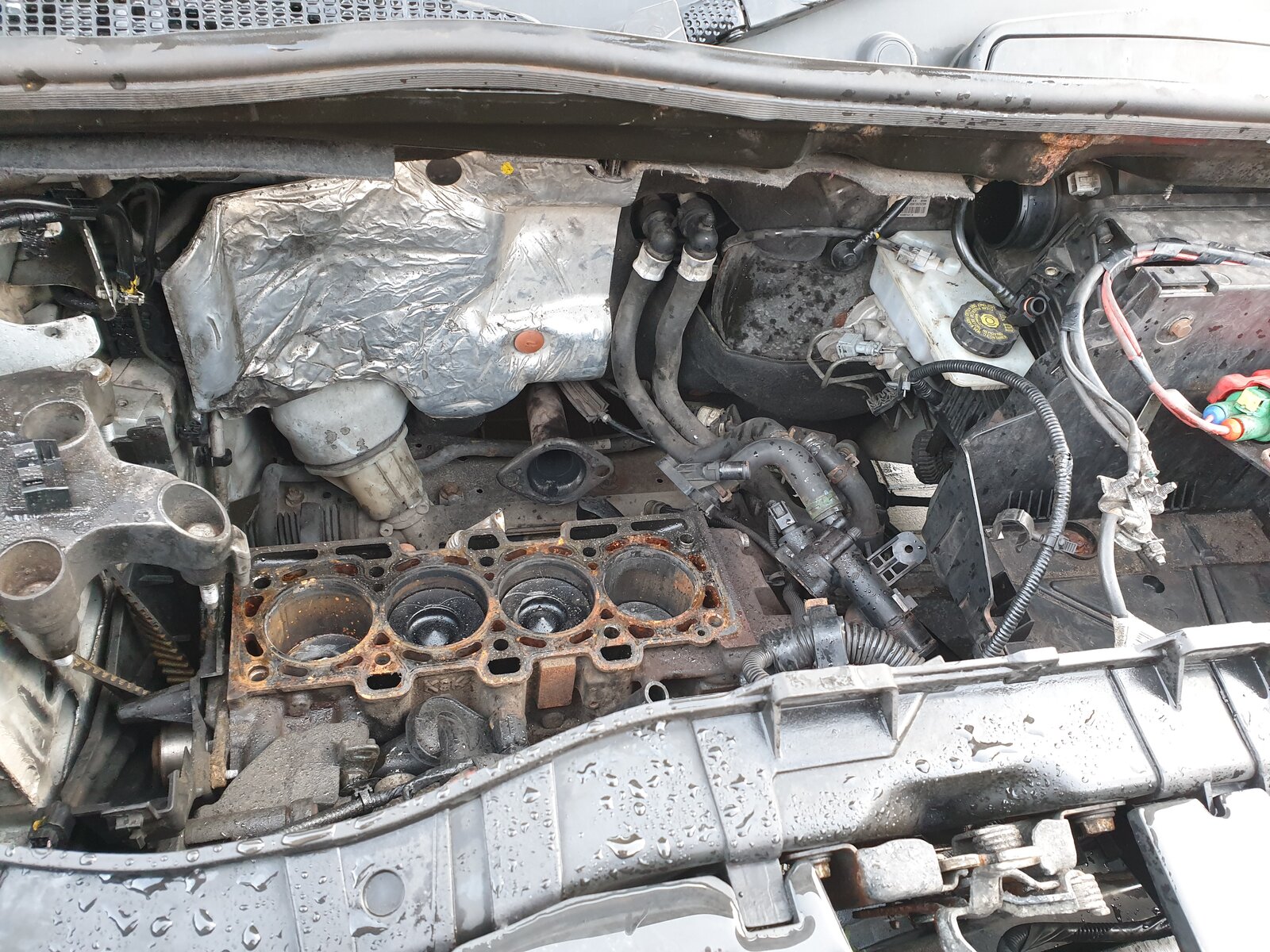 Had a good look round and the subframe looks pretty identical to meg2 or clio3. Meg rs track control arms, hubs and brembos bolt on as one as already been done, so handling should be great. Mounts look identical to megane, so in theory a meg lump and ndo box should go in (pk box fits).

Wiring may or may not be tricky, however i have been thinking about this, and there is a few options, if all else fails standalone ecu and stack dash.

So will get the Extra done, and then start on this. Watch this space

Clio 182
What have you done

car.crash said:
What have you done

I was going to buy an m2 and thin the fleet out, but as im an idiot i bought more scrap
C

Brigsy said:
I was going to buy an m2 and thin the fleet out, but as im an idiot i bought more scrap
Click to expand...

you made the right choice

Adeyspec said:
looks like postman pats van in length. Cant wait for this to unfold
Click to expand...

I reckon its one of the shortest proper vans available. Quite lardy at 1260ish kg, but still 100kg lighter than a meg. Once i ditch a few bits inside, and stick 300hp up front with lsd it should be alreet

ClioSport Club Member
R.S 200
This is going to be awesome - it’s a hilarious looking size van.

Should be hilarious with Meg running gear though.

ClioSport Moderator
Whichever has fuel
I love you Jon!!

ClioSport Club Member
Twingo 133 Cup,
Looks like a fun project! It will take some time getting it to handle as I would imagine with that wheel base it will like to swap ends!
M

ClioSport Club Member
Meg 175 & Monaco 172
The first thing that everyone should be doing!

You should drop an M9R in it! Consider it

ClioSport Moderator
E55 AMG
This is going to be brillaint

ClioSport Club Member
Megane
Did you sell the 172 Kangoo then

ClioSport Club Member
05RB182FF
Looks so funny! The wheels look lost in there, what size are they?

I don't think I've ever seen one before! I like how the doors are basically half the size of the van lol!
It looks so wrong, but by the time you're finished it'll be so right!

ClioSport Club Member
Clio 200 EDC
Can't wait to see this when you have converted it, still think it should be red...... 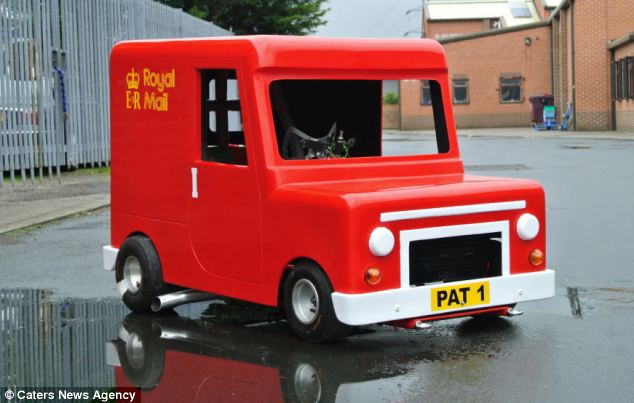 ClioSport Club Member
Kangoo 172cup
Cheers for the replys all, cant wait to get stuck in. If weather is alright over xmas, ill try and get the diseasel out for the scrap man.

Said to the mrs that the 250 cup would make a nice engine donor, did not go down well
D

ClioSport Club Member
21T, 9T, Meglio, V6
This is going to be comedy gold watching the Briggzenator squeeze in and out of this little rollerskate haha! Brilliant buy mate, defo needs 500hp.
D

@Brigsy I didn't know they made these, looks comically small. Best of luck with it.

Also it looks like that stupid trend that everyone went on where they had those shrunk car pictures.

ClioSport Club Member
Kangoo 172cup
Looks like the project might be starting sooner rather than later, just bought a meg r26 bottom end with a set of wossners and pec rods fitted, and a rebuilt 250cup pk gearbox.

If i pull my finger out, might make Cliosport festival

Rojer said:
Did you sell the 172 Kangoo then
Click to expand...

Sold a while back mate sadly, miss it a bit as i currently don't have anything track ready 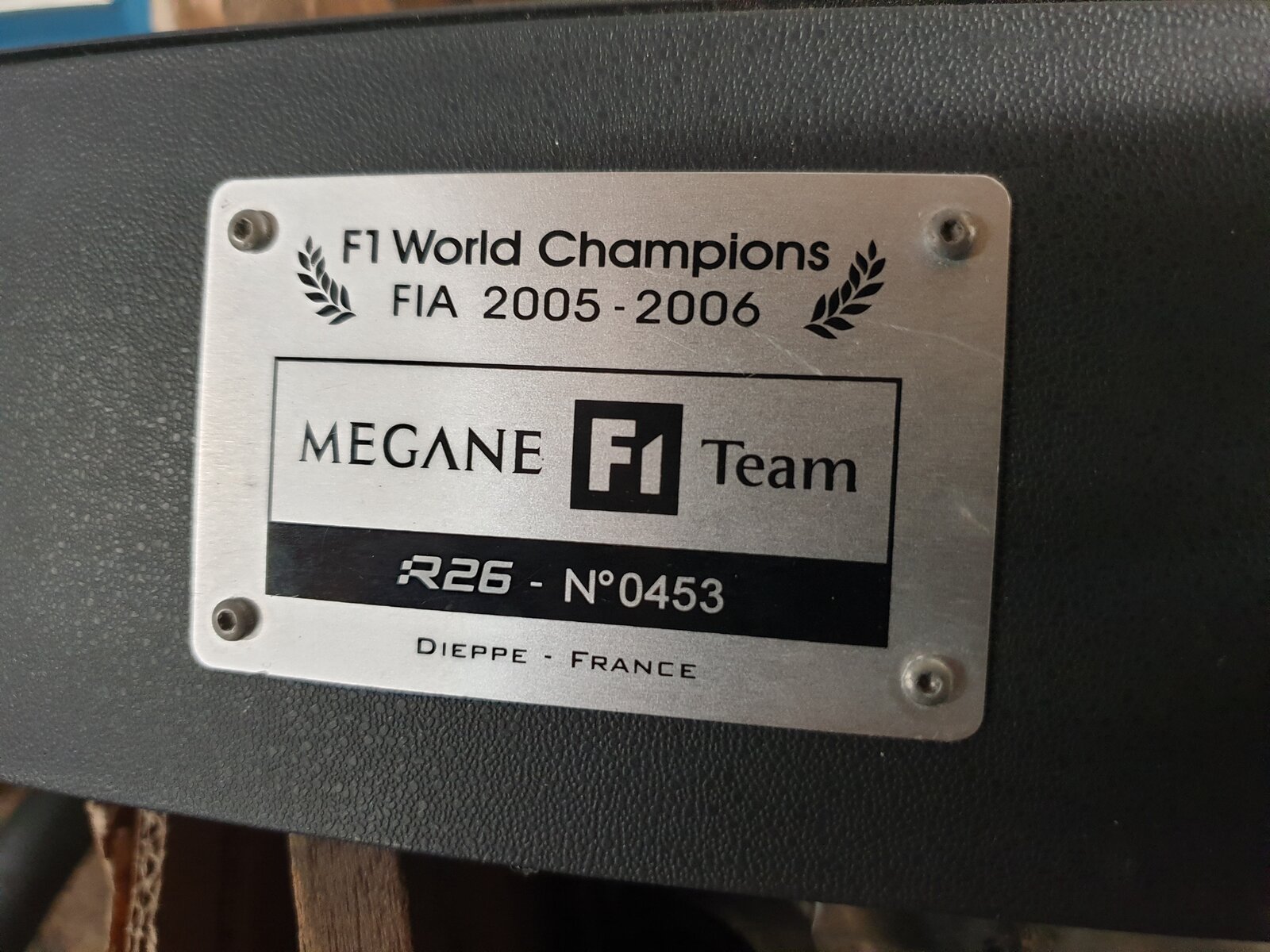 Engine has wossner pistons and pec rods, currently fitted with rs250 head, but will be reverting back to stock to get it fired up. Bought a 19t turbo, and 3" scorpion decat. Should see a bit of progress once the weather picks up. 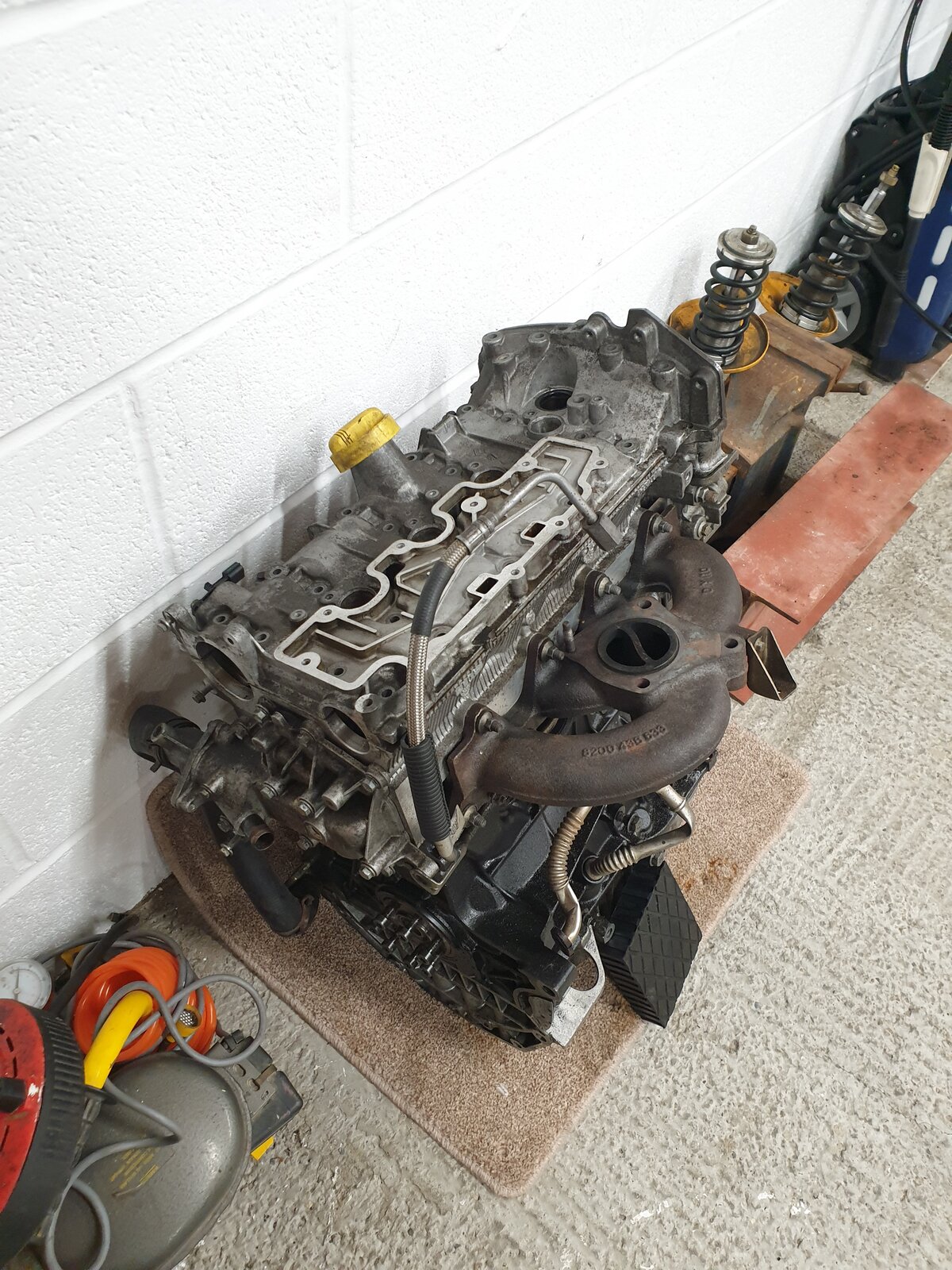 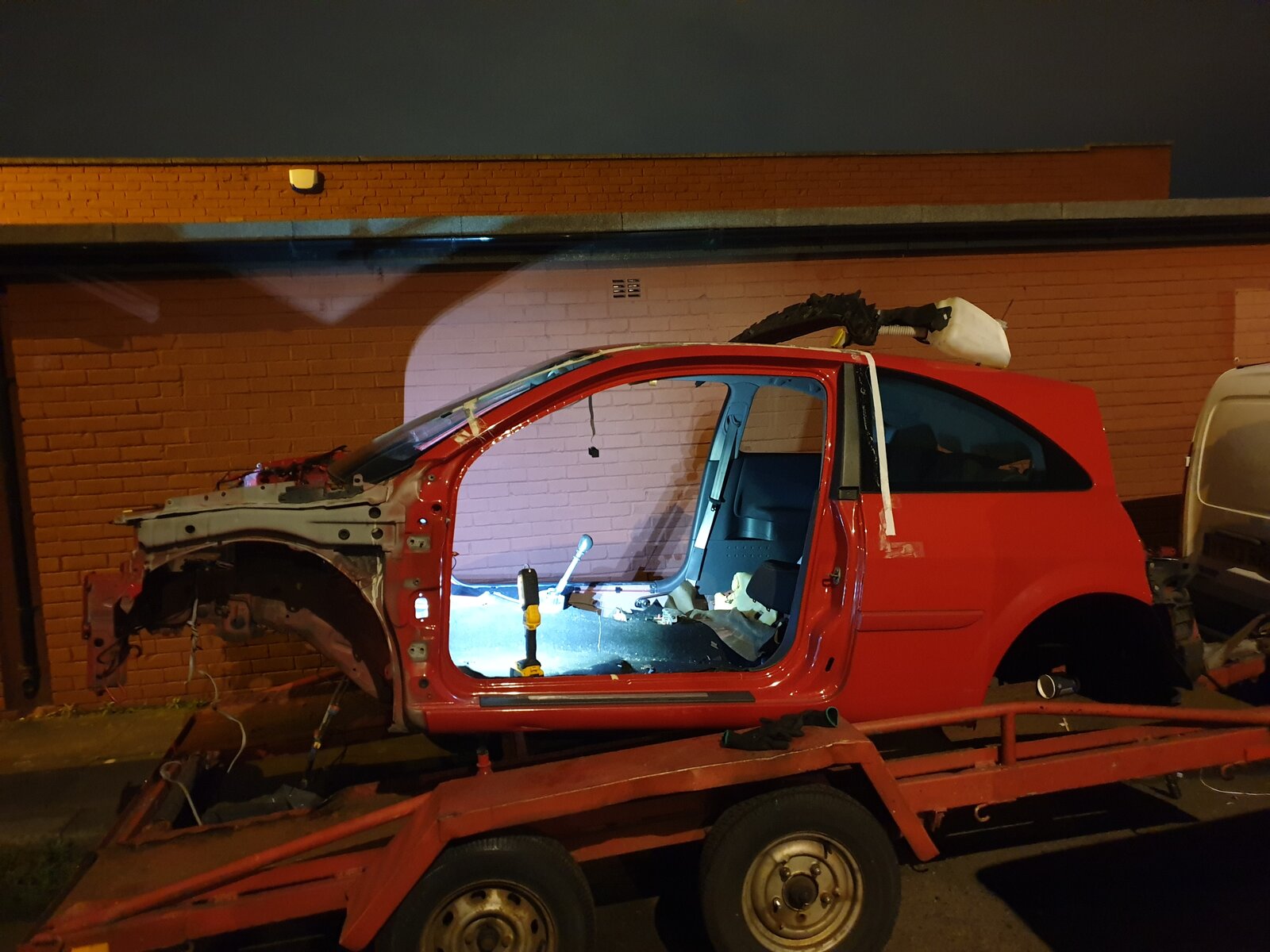 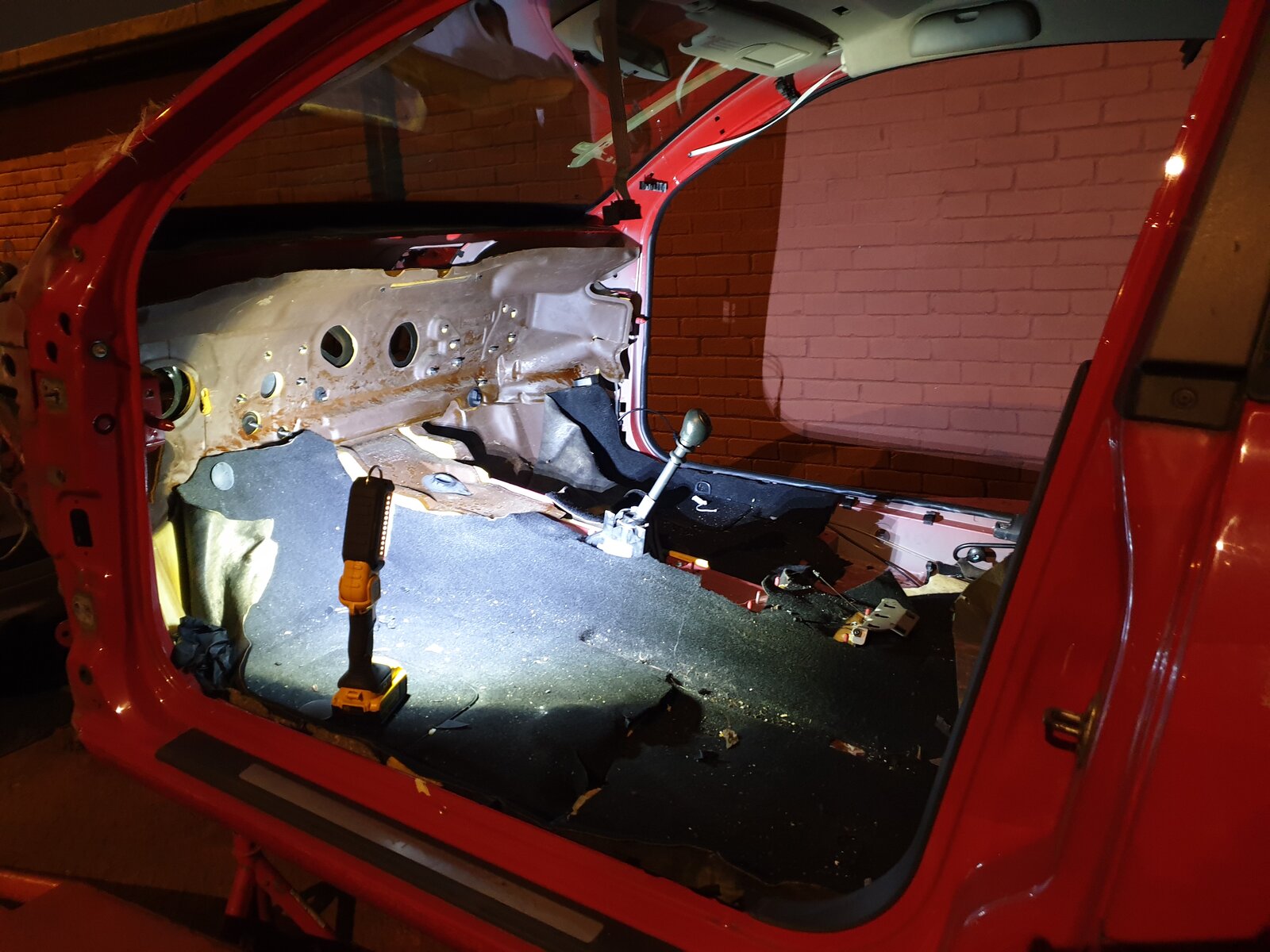 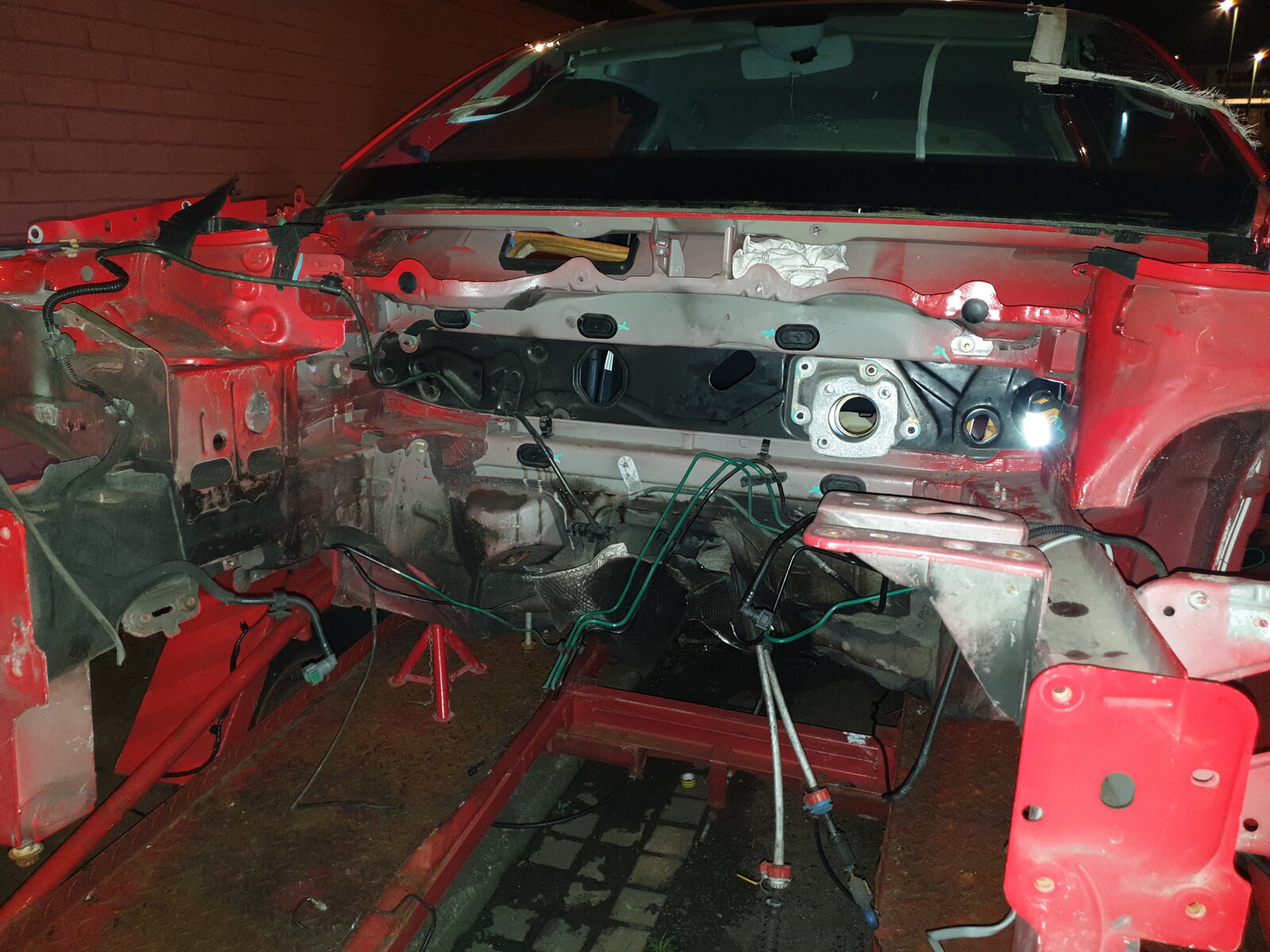 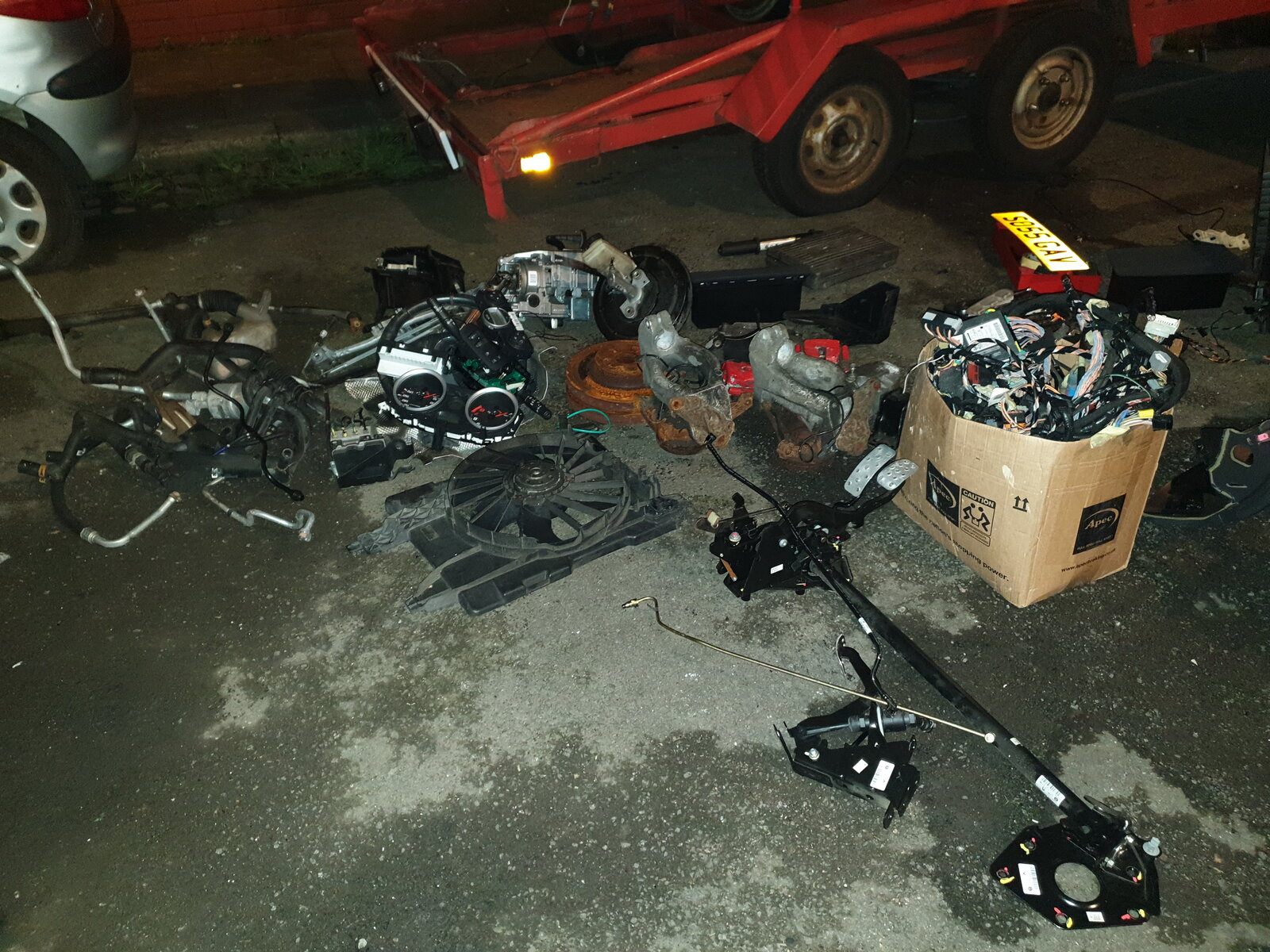 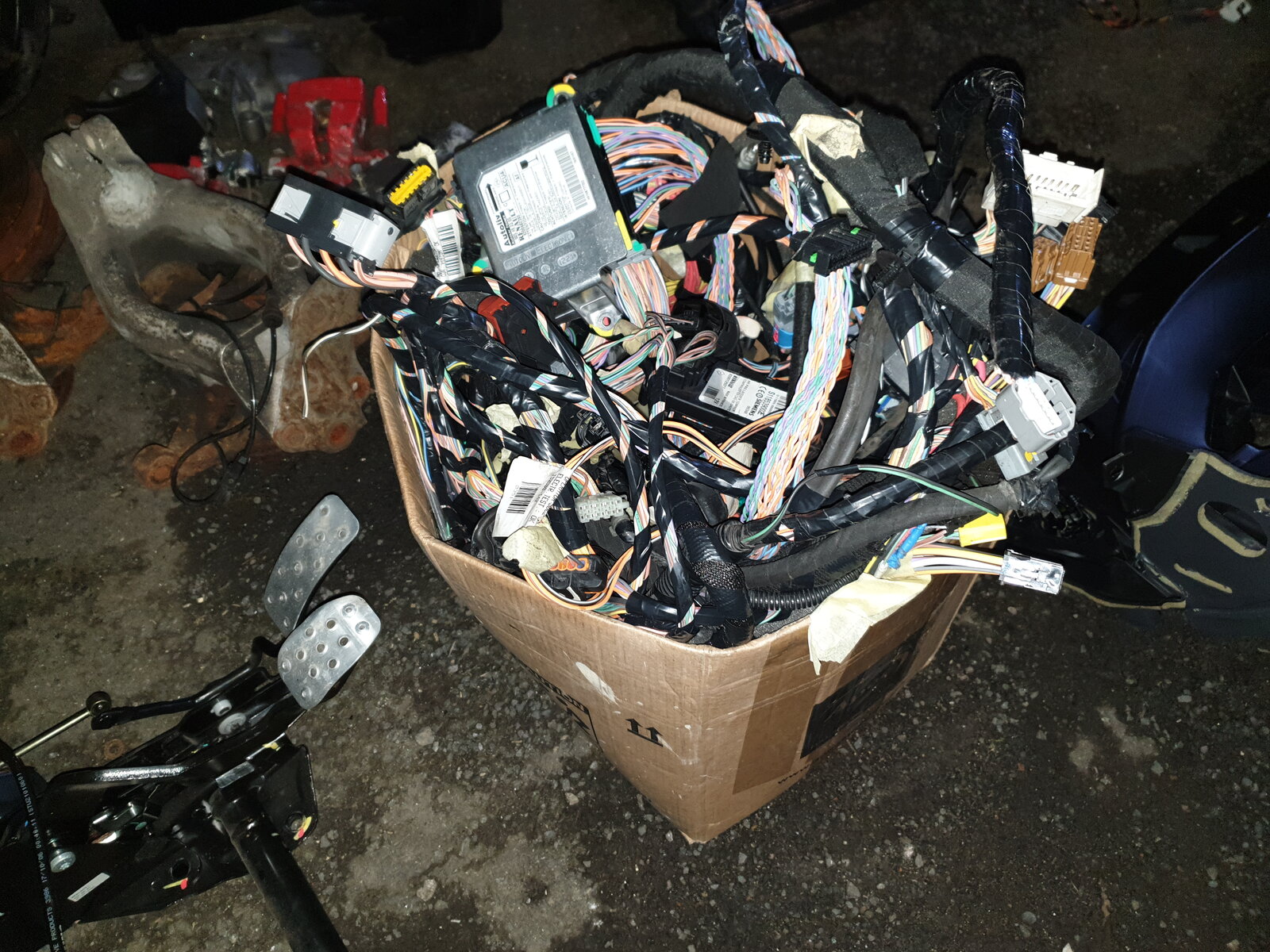 ClioSport Club Member
Kangoo 172cup
Had a spare ten mins so tried the R26 clocks in. Plugged straight in, and everything thats possible to test with no engine in works as expected. When opening the back doors the boot open symbol lights up. Every warning light on as nothing is plugged in under the bonnet 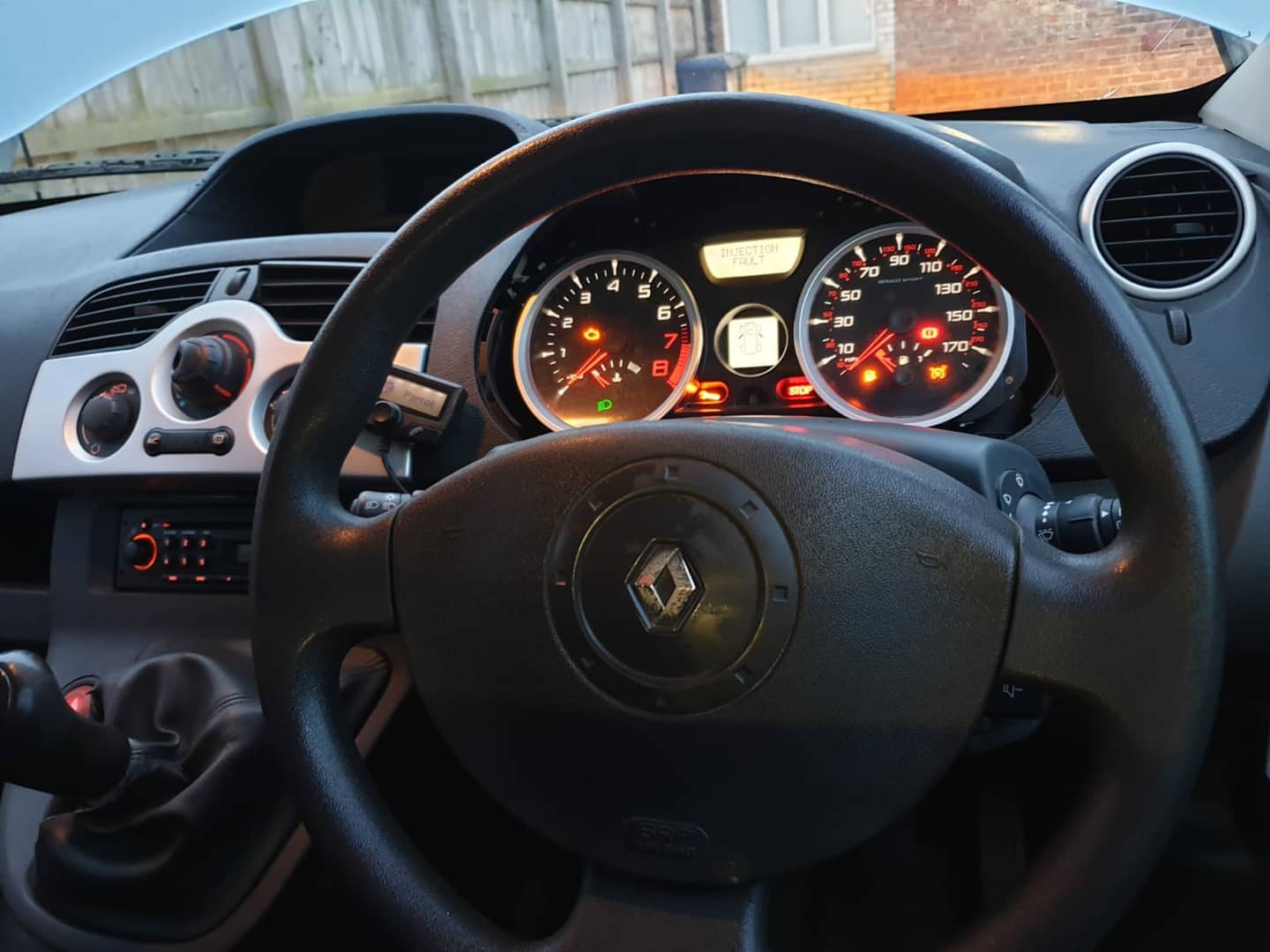 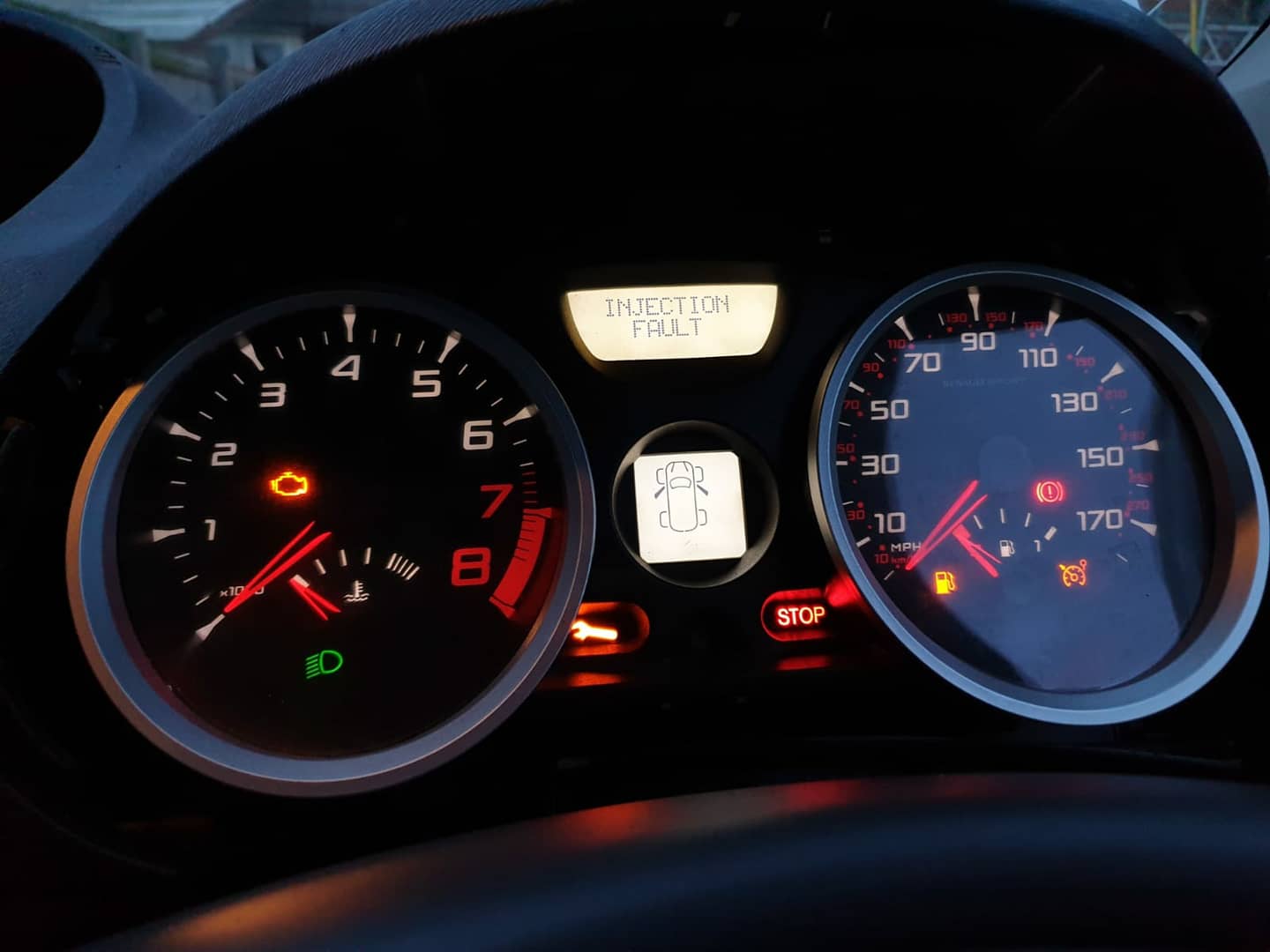 The only downside is the dash cover would need a little trim to be refitted. Clio3 clocks go straight in so have bought a set and will try them in.

I reckon this might be able to be wired up a bit like a meglio, which is going to be a doddle if thats the case.

Having naughty thoughts about a garrett turbo and cams to suit lol. 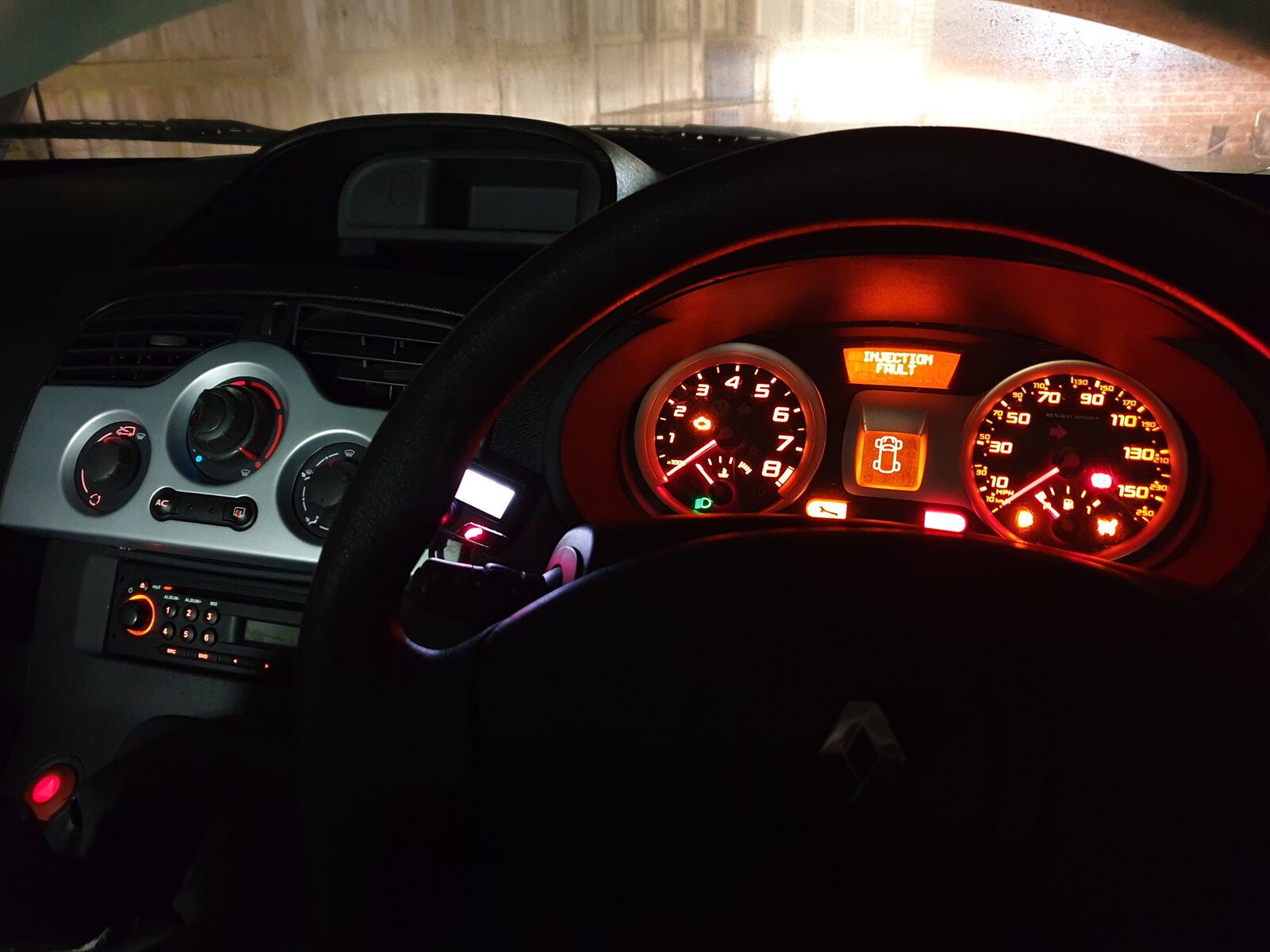 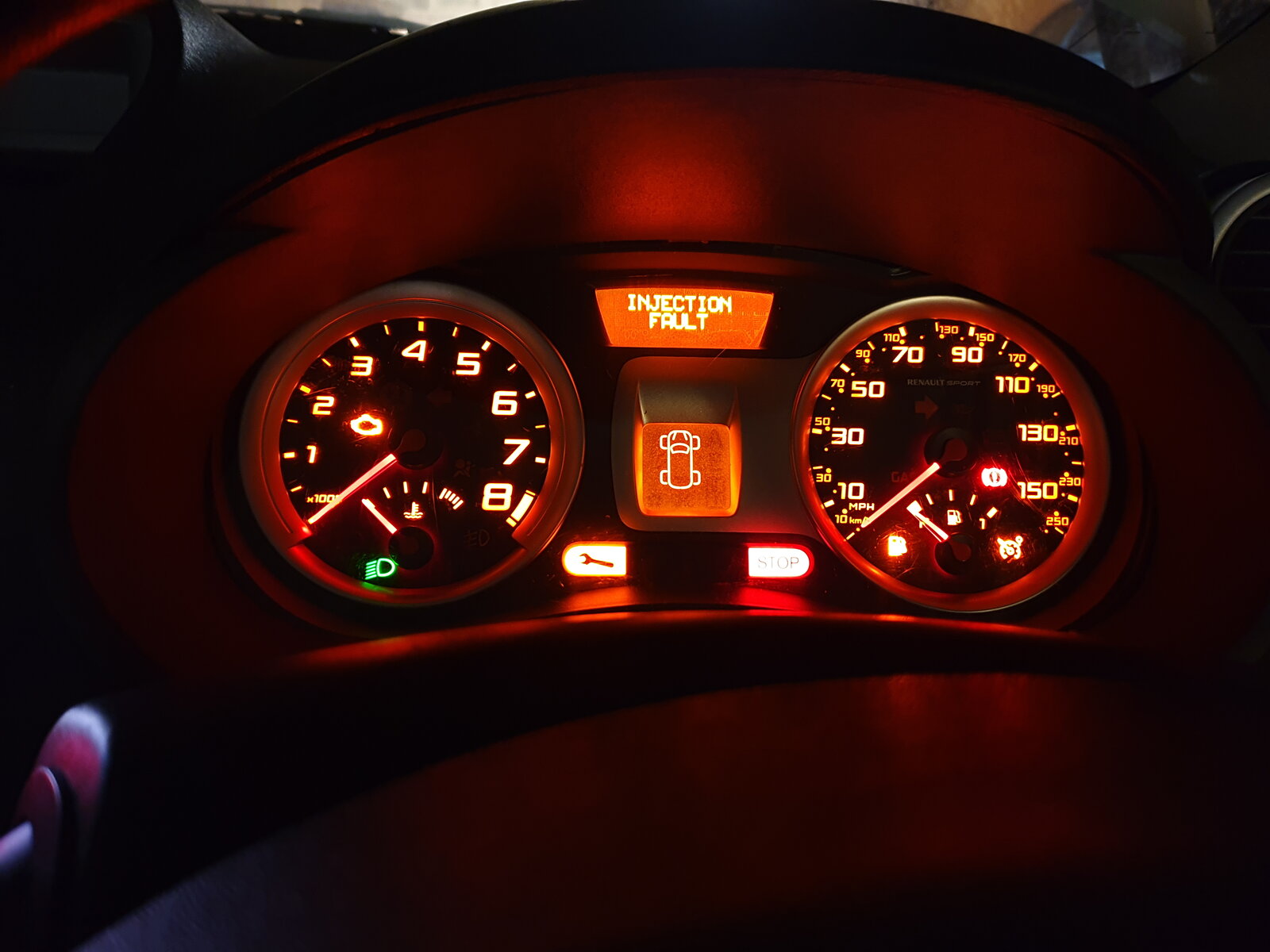 @YorkshireKyle has found me a set of driveshafts too, so wont have any excuses not to start pulling my finger out and getting the engine in

ClioSport Club Member
Cup 172
This is awesome. I really like these kangoo conversions. I’d properly consider it as a work horse/f**k about machine

ClioSport Club Member
Kangoo 172cup
Had a set of spare wheels refurbished for the mrs meg today, so stood them up against the Kangoo. Its going to look awesome on 18s 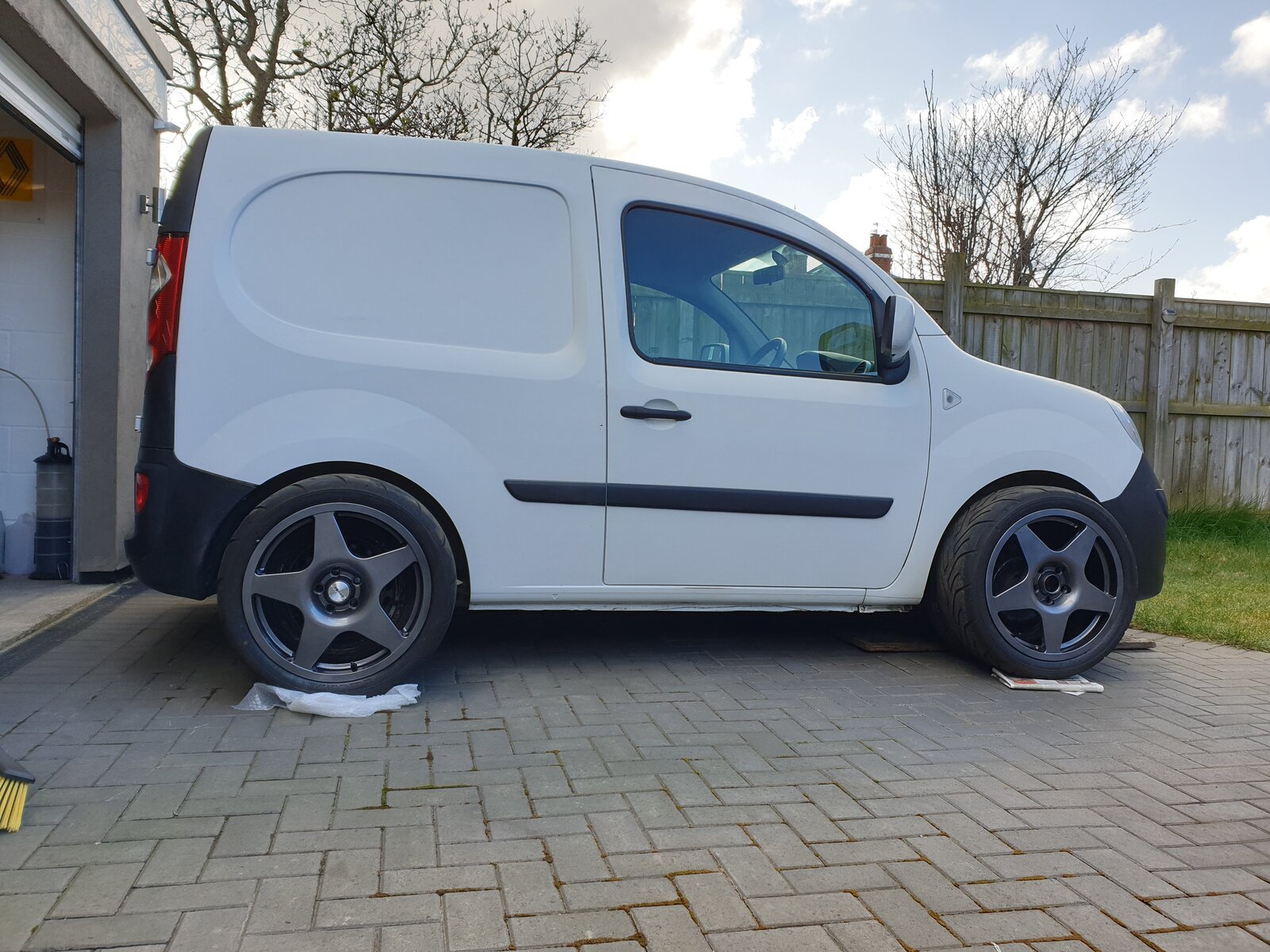 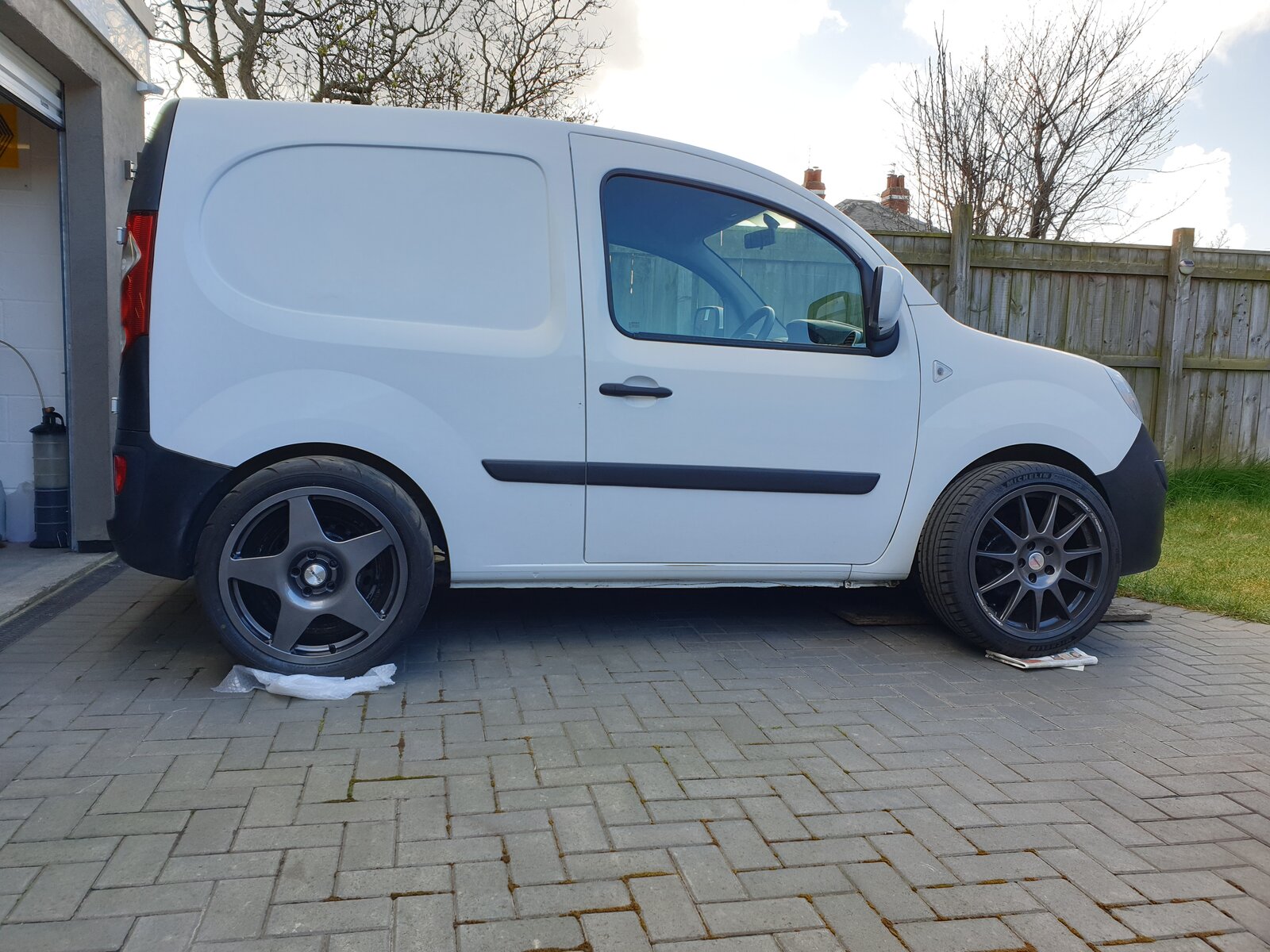 ClioSport Club Member
I love turinis and not really a 5 spoke fan BUT the 5 spokes suit that really well.

ClioSport Club Member
57 Renault Dauphine
makes it look like a cartoon van, or one of them squashed pictures. Still cool though
You must log in or register to reply here.