406 V6, Race Buggy
Hi all, some of you might have seen my posts in Rich's thread about poly exhaust mounts - I made a simple version of these when my brother used to have a Clio because it kept killing mounts, just a set we glued in, and they lasted until he sold it - but after reading the thread I spent a bit of time re-modelling and knocking some prototypes up of versions that should hold well enough just from being pressed in by hand, so it makes fitting very easy - and a few people are testing them at the moment.
I've had a lot more people asking about them than I originally imagined - both here, facebook and other forums - seems like everyone is sick of the OE ones and from Rich's thread the Powerflex options don't seem great if you don't want to go deaf, whereas mine have a lot more flex even though they're stiffer than a new OE mount: 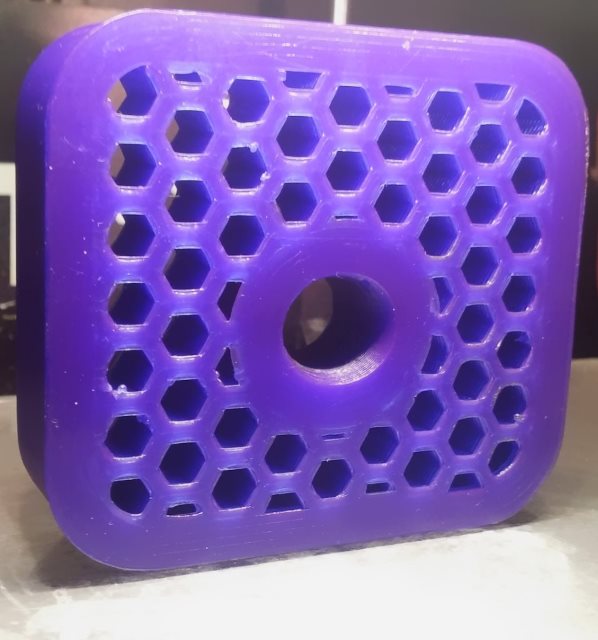 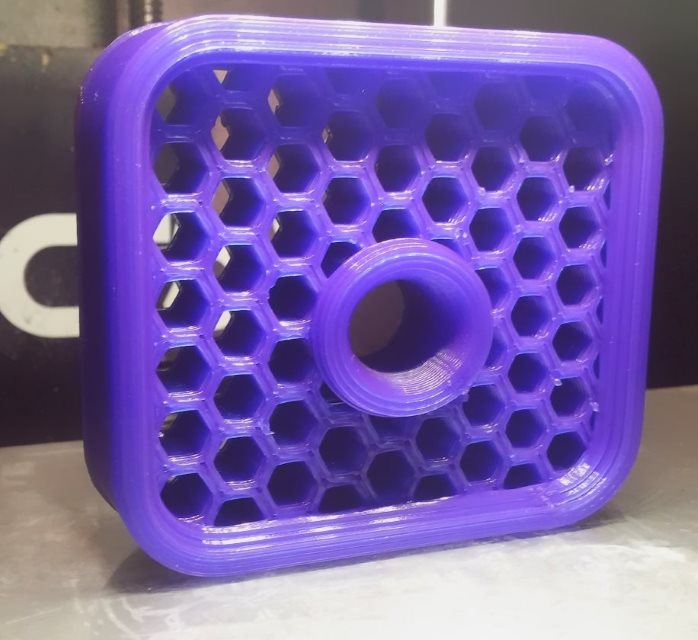 That design also allows a lot more fore-aft movement than the solid ones, which helps if you don't have ultra-hard engine mounts.

Now, I'm not selling them at the minute until I've got a bit more feedback on the test ones, mainly on fitment tolerance and exhaust positioning - but I could do with knowing a rough idea of numbers if I did a group buy on them - as then I know whether to just keep running them as one-offs, small batches, or if it's worth me actually making a proper production mould up.
And obviously, all have different costs and minimum amounts, so if I know numbers it makes it easier for me to work towards tweaking the design for one process and making them at a decent price (I can't see many people paying more than the Powerflex ones just for an exhaust mount, for example - but I'm trying to get even lower)
Anyway, basically, if you'd be interested, let me know here, and if you know anywhere else I should be asking point me that way or see if you can get numbers there. 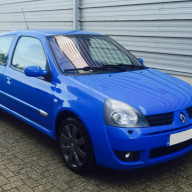 Former 172 and 182FF
Definitely would be interested in 2x mounts if you go ahead.

ClioSport Club Member
BG 182
You should do designs with the centre hole in different places (Vertically) to get them tucked right up. That's the main problem with the polybush ones!

406 V6, Race Buggy
Well, it'll fit upside down too, which gives you a bit of adjustment.
If you want to be crude an M6 bolt will thread nicely into the hexes for fine tuning of height - I designed it that way in case they needed bolting in.

The centre hole is also designed so it'll take mounts from 10mm to 13mm, to allow for rust, plating, aftermarket boxes, etc.

Louis said:
You should do designs with the centre hole in different places (Vertically) to get them tucked right up. That's the main problem with the polybush ones!
Click to expand...

Listen to this man, he’s talking many senses


Sent from my iPhone using Tapatalk
B

ClioSport Club Member
182FF - Land Rover
Two here if price is right and they do stay fixed in place by their shape/tabs.

Behemoth said:
Two here if price is right and they do stay fixed in place by their shape/tabs.
Click to expand...

I'm hoping so, that's what the testing is for - the previous ones I just glued in with tiger seal but those weren't an interferance fit like these - although after working on it a bit more, if anyone does have issues down the line I have a design for a mating plate that locks them in solid, just in case...

PhillipM said:
Well, it'll fit upside down too, which gives you a bit of adjustment.
If you want to be crude an M6 bolt will thread nicely into the hexes for fine tuning of height - I designed it that way in case they needed bolting in.

The centre hole is also designed so it'll take mounts from 10mm to 13mm, to allow for rust, plating, aftermarket boxes, etc.
Click to expand...

Was just a thought buddy! Often people like them really tucked up against the surrounds, then others want them to be a bit further away. Leaves you more scope to sell to more of the market! Simple design change.
Are these PLA 3D Printed? (Look too rubbery to be PLA)

406 V6, Race Buggy
No, they're polyurethane, same stuff I make engine and subframe mounts from - I don't think PLA would last 5 minutes!

ClioSport Club Member
BG 182 at last!
I'd take a couple too.

PhillipM said:
No, they're polyurethane - I don't think PLA would last 5 minutes!
Click to expand...

Yeah it's very rigid. For people worrying about them coming out they could easily just be cable tied.

Might make sense to oversize them in length like powerflex do, and add a little lip on the back that presses through and out on the other side then it's effectively locked in place.

406 V6, Race Buggy
I looked at that but if this design works fine, it's a fair bit cheaper/faster to make, and even if it does move, it's faster to make the locking piece than make it all one.
It's a different matter if I'm making a production mould but that requires selling 100+ really.

I've tried and you can't physically push them out by pressing on the centre mount where the hanger goes - the hex pattern just stretches instead - you have to shove the outside to get them to move. We'll see how they perform with a bit of vibration though.
I've had one on a local car for a couple of days with no issues - but it's a 1.4 so hardly giving it much heat and stress :smiley:

Would be good to have all mounts ideally

406 V6, Race Buggy
I haven't even looked at those, I only did the rear's the first time around because my brother is a cheapskate and brings all his cars to me for repairs
What's the issue with the centres?

ClioSport Club Member
BG 182
They red ones renault do are pretty decent actually, Not much scope for improvement there.

The rear backbox ones are quite expensive to buy new so might be worth looking at making those. Don't often need replacing mind.

dCi_rep said:
No issues but could be worth looking into
Click to expand...

Ah right, well, I'm only doing these because the alternatives seem to be either shite, or insane money at 75+ quid each in the case of the Prima ones. And still naff
Obviously if people are interested I'll look at them though, but if there's already something that works...

Louis said:
They red ones renault do are pretty decent actually, Not much scope for improvement there.

The rear backbox ones are quite expensive to buy new so might be worth looking at making those. Don't often need replacing mind.
Click to expand...

I'm not sure which ones you mean there, is there another design of mount at the rear on some models?

PhillipM said:
I'm not sure which ones you mean there, is there another design of mount at the rear on some models?
Click to expand...

The one that looks similar to this that sits behind the right hand exhaust mount. 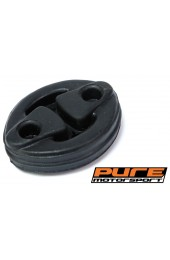 406 V6, Race Buggy
Yes, I could do those, I'm surprised there's nothing cheap/decent available though, they're pretty simple.

ClioSport Club Member
BG 182
As I said, they dont really do much and dont often need replacing.

406 V6, Race Buggy
So potentially a small batch of 10 or so, pending testing, and hopefully a few more batches later on with a bit more feedback.
Definately not worth making a mould up then, the polyurethane would be a lot cheaper but the mould would eat more money+time than that anyway.

Probably looking at the same price as the red PF ones then at 22-24 quid inc postage, for a group buy of 10.

Might be worth posting a photo of the exhaust mount insert into the Facebook Cliosport page as there's always a lot of activity on there (unless you've already done so)?

Of course, people that have already registered interest on here should avoid doing so on the Facebook page though, so that the figures aren't skewed.

For example, I've tried selling parts on here and had no interest. Then I posted it on Facebook and it was getting shared, liked, and even sold the same day!

406 V6, Race Buggy
Yes, I'll probably post up there in a few days when there's a bit more feedback for tweaks - I don't find facebook groups great for continous discussion, stuff just tends to get buried after a day!

Good news is there are now 3 test mounts fitted to cars, and the feedback on fit and positioning so far is good, but obviously not much milage yet. There's the other two should be there today as well so hopefully that'll be enough to get a little QC testing out of the way.

ClioSport Club Member
Blk/Gld 182 Cupped
Got mine today thanks Pal, great attention to detail! Love it.

I'll try and get them fitted asap but got a bit of work on.

406 V6, Race Buggy
Great, yes, time is usually an issue for shiny parts, I've been 3 weeks now waiting to fit two multiplugs that'll take a couple of hours at most to the racer, to fire it back up - and instead I'm trying to get 4 family car repairs done for weekend instead
And my own has just ficked the ABS light on on the way home and turned the ABS off, joy.

Turbos.
Sounds interesting. My exhaust is vibrating at the moment so would be up for a set.

406 V6, Race Buggy
Another one off to Sysak for more testing: 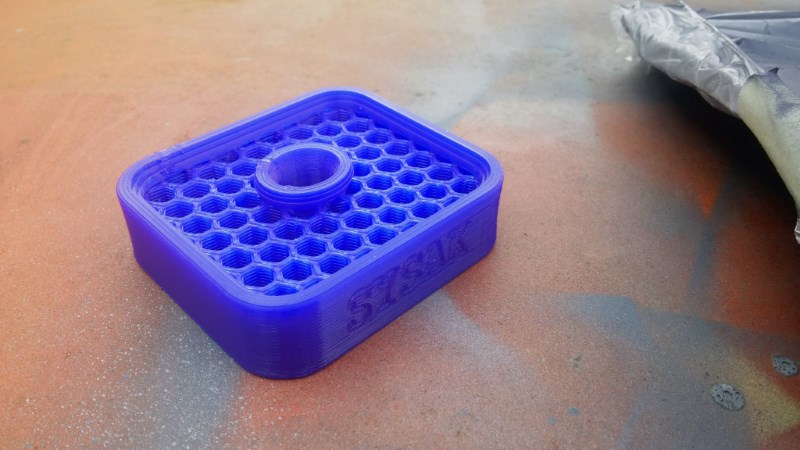 ClioSport Trader
Badass Toyota
How much for all of them lol

but seriously a PM on way 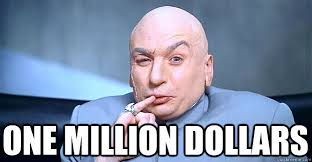 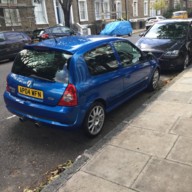 ClioSport Club Member
Too Many
Whats the price for 2 of these posted ? 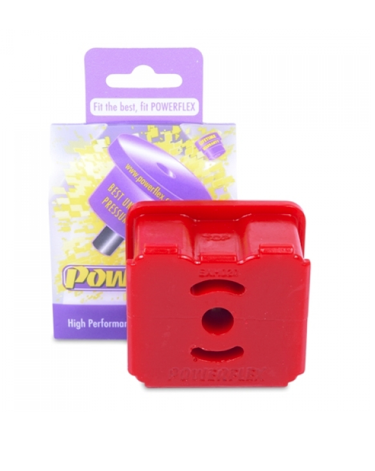 406 V6, Race Buggy
The bracket is actually roughly rectangular - I assume the powerflex one has that cutout there to allow for people that don't remove all the rubber, as there's a bit of it shaped like that on the stock ones.
They should all be a good tight press fit but manageable by hand into a clean housing - that's the main thing I wanting test/feedback for at the minute really.

Do these mounts allow much sag? The standard Renault ones are so weak that it barely holds up the exhaust bracket on my Ktec stealth. This then causes it to hit the axle over speed bumps and create a knocking sound.

At the moment I have a socket wedged in there that prevents this. Although I’d be interested to know how strong these PU ones are? Hopefully not as strong as Powerflex black though!

406 V6, Race Buggy
They're quite a lot stiffer even with the honeycomb - it's a pretty hard/strong compound so they're still relatively rigid, so probaby about 1/2 the OE movement side-to-side and about 1/3rd vertically.

PhillipM said:
They're quite a lot stiffer even with the honeycomb - it's a pretty hard/strong compound so they're still relatively rigid, so probaby about 1/2 the OE movement side-to-side and about 1/3rd vertically.