Thanks to Jenic for putting it together.

For more information on bolt spacing, the only way to tell for sure if your 182 has cup suspension, can be found here >> http://www.cliosport.net/forum/show...-Spacing-amp-How-to-Measure&highlight=spacing 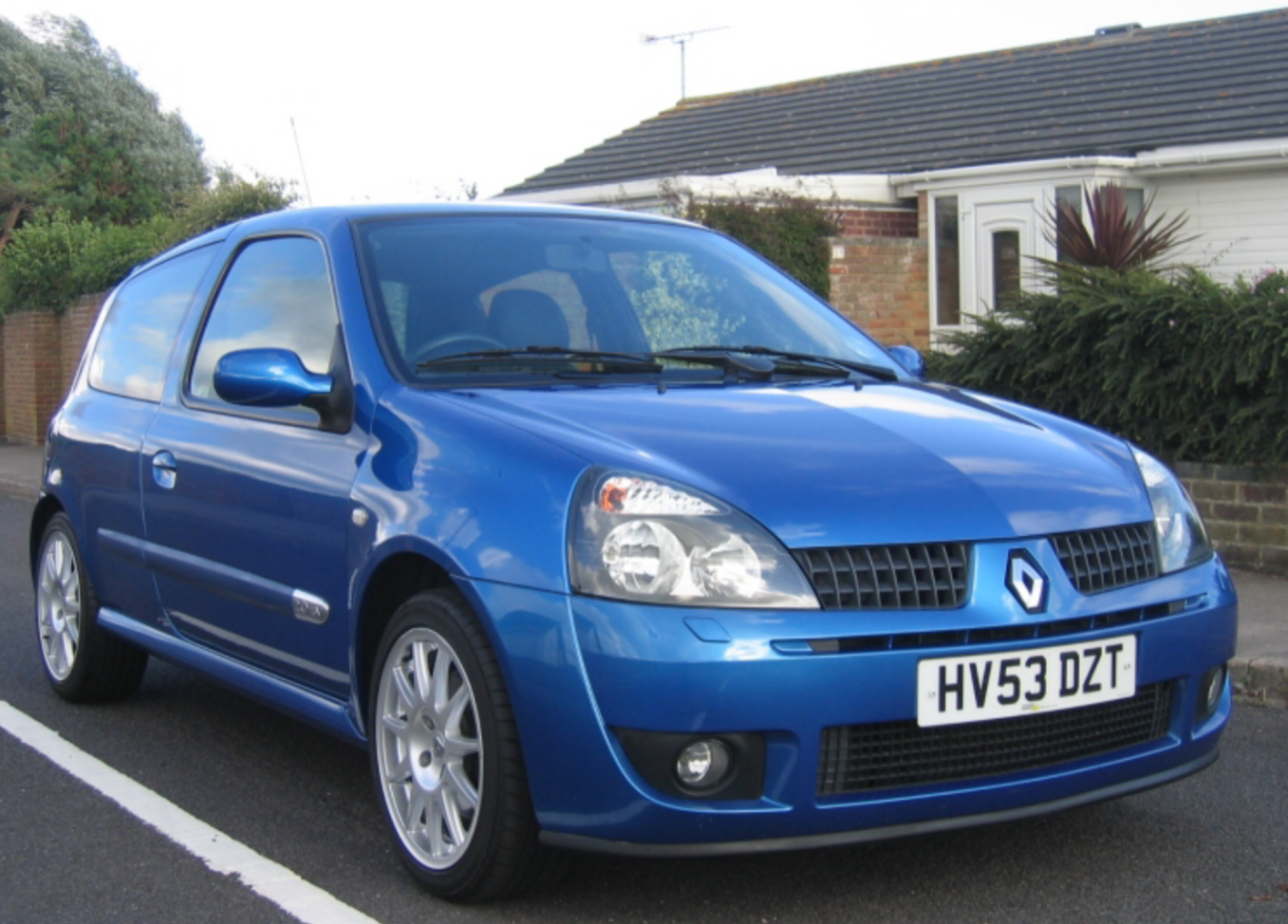 Love it!
This comfirms i have a FF 182 took me 18months to find out :approve:

spot on, i was researching it before.
Last edited: Feb 22, 2011
Await a million people telling me something is wrong lol

If it is then pm me, i'll update it and revels will re-upload it
Nice and easy to read guide that mate. Well done.
great thread....how many cups were produced?
Nice guide.

Only thing I would say to add is the 172 cup and trophy come with speedline turini wheels (may be useful for newbies etc)
Click to expand...


Will add it at the weekend, no doubt there will be a few bits to change!
With different offset wheels ^^

other than that very good write up

Just to stop the 'What's the cup packs/what does my car have/how do I tell/does this car have...?' type threads that we seem to be multiples of each day.

It's been covered hundreds of times but people never search. So a quick link to a stuck thread will help a lot of people out.
#it will certainly eliminate a lot of needless threads in the discussion section...

Steve@R-Sport Cars said:
#it will certainly eliminate a lot of needless threads in the discussion section...


it won't... people still won't search for the guide!
very good information !!
how many flame red 172's were made?

It says B76. Is that 876?
Very informative, great guide for first time buyers
Thats brilliant,

and has helped my search a lot!!

unclebuncles said:
how many flame red 172's were made?

Is it true that silver seatbelts were also part of the suspension Cup pack fitted to a 182??

very helpfull guide.
Cheers,
Dave
I like how the pdf is 1.72mb in size; was that intentional?
ah i see well i just have a normal 182 thought ff meant it dint have the cup packs on it my mistake

Lol, good spot. Top effort Mike.
my 182, with both cup packs, has silver seat belts, are they easy to take off and clean, lol, they show up dirt....even the smallest marks.
useful information. I have Monaco Blue
wish i had had this when i was buying mine
nicework! atleast i now know mines a standard 182, little work to ff it!
There were around 2300 172 cups sold in the uk (RHD), and I believe only the very last 172 cups were sold with the option of climate control (106). I read this on the interweb so cannot be 100%.
My cup has cc so i'd love to think there is only 106 in the uk .

Also anouther intresting thing about the cup 172 is that in france they were known as the Renault Clio RS Jean Rognotti, After the legendary rally driver. Very Cool!

The cup chassis's are also group 'N' homologated as standard, Someone also told me they were built in a different factory to the standard cars and the 172 sport, how true this is i do not know.
Just what I needed, thanks!
nice link thanks.....ive actually learned that mine is full fat which i didnt know
what's with this "no rear wiper" edition?

That is ace - a great buyer's guide. I guess on the 182 it is possible to have the anthracite wheels without the cup suspension? I presume the only way to tell would be the ride height or getting underneath? Are the spring/shocks easy to identify by looking at for the cup suspension?
Basically yeah, does it look like a roller skate or not?

Precious few are 100% standard nowadays.
hi, do i have to be a member to read your giude and spacing,cause i need help
Great guide, thanks!
Bump.

any chance of updating this to contain the vee, 197, 200 and assorted special editions?

I could provide a rough draft that a mod/admin could edit and put on the PDF
How will I know if mine has the Cup Packs.. It's got a different front splitter, has the cup spoiler though.. And has coilovers, so guess I can only measure the hubs and find out that way?
Thanks for the model guide. That was very useful to me as a noob who was confused by the different versions !
Is it longer wishbones that widen the track or offset wheels cheers (newbie)
Neither...it's the hubs......
Do you know the size difference so I can measure them please
I just phoned Renault and a couple hours later they confirmed it was sold with both cup packs and cc. Win!
You must log in or register to reply here.

S
How can I find out everything I need to know about 200s?

G
Suspension cup pack - DO I HAVE IT? (Sorry for posting this!)