ClioSport Area Rep
172 Ph1 2001
Just completed a gearbox oil change, and put some "STOP Leak" to stop the constant drips (Although looking at refurbing an 089 as diff bearings are f***ed on current one as well as the leaks)
Then decided to do an engine oil and filter change too, and removed fuel rail guard and connector just under it, to get at filter more easily (Jeeees they are a bugger to get off- took an hour of fiddling and cajoling)

On start up running very lumpy, realised i had not replaced the connector under the guard near the oil filter. What is that connector- a sensor os somekind?

Replaced connector, but still as bad. Sounds like a cylinder gone down, but decided to let it run a bit at idle to see if lumpiness cleared

After a minute or 2, noticed a pin hole leak in the pvc/rubber feed hose to the fuel rail- couple inches to the left, of the left hand side of the orange circle. (Pinched photo from another thread)

First- would a pin hole leak cause that much lumpiness? It was jetting out a couple inches. so assume pressure must drop a bit
Secondly- rather than replace the whole hose which looks a bugger to do, could i just seal the pinhole leak somehow? Heatshrink, or fuel proof tape of some sort. some other sealant Even is its just to see that the leak was the cause of the lumpiness. 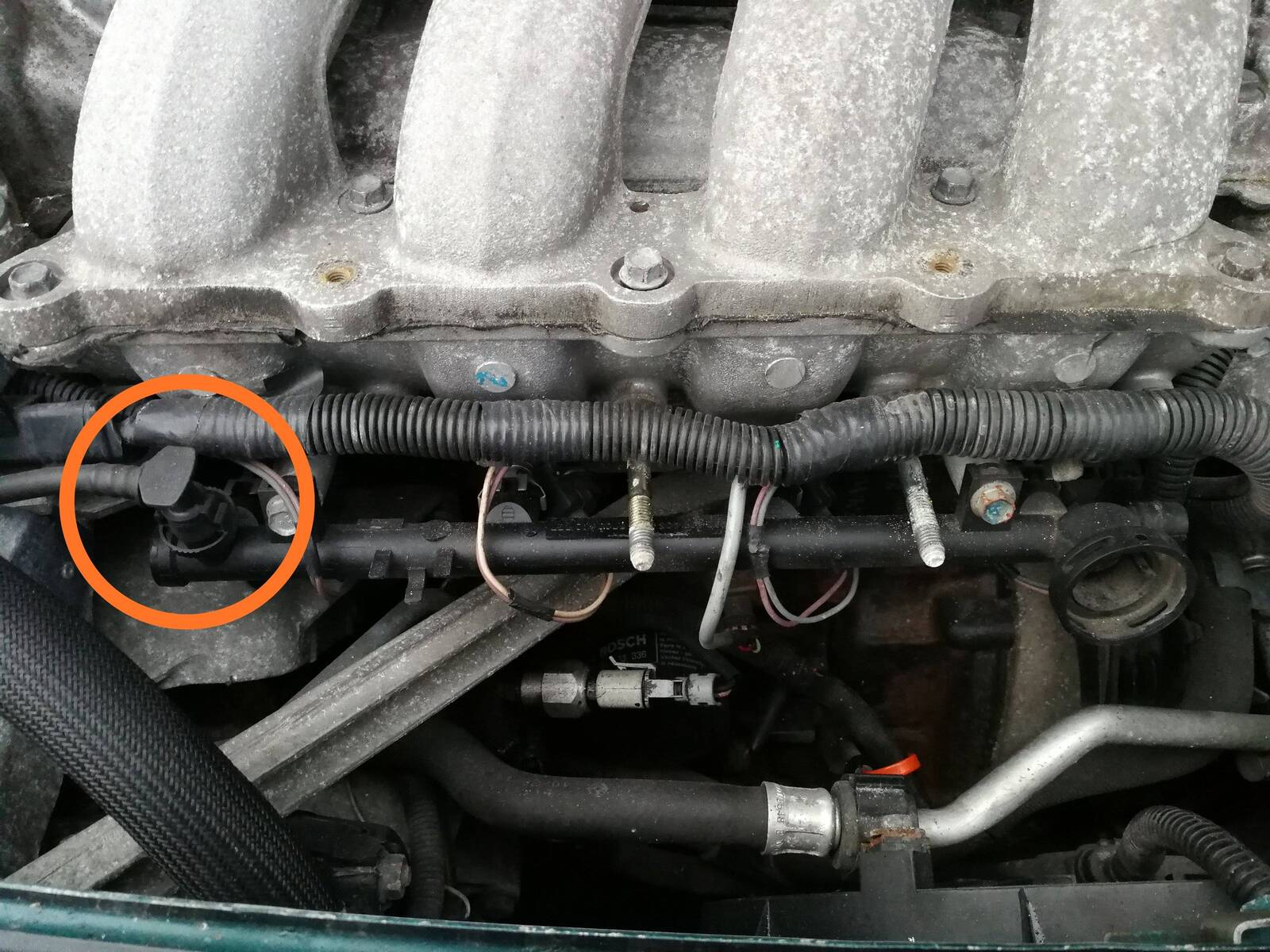 This thread useful, and has other thread links within it

Have now got a "push union" plastic fitting on order, but dont think will last cos petroleum is soooo corrosive

Getting to the end game now (Prob where I shouldve started) and looking at replacing the whole pipe to the fuel rail feed section, where it runs down underside of engine and underneath somewhere, where i believe there is another style connector

Will keep thread update as it may help someone

Fuel pipe (Thin hard plastic under a rubber covering) is 8mm ED and 6mm ID as far as i can tell.

The line from the fuel filter up to the fuel rail?

chris blue said:
Anyone know if a Phase 2 fuel line will fit a phase 1?

The line from the fuel filter up to the fuel rail?
Click to expand...

Yes it does
Have now replaced fuel line (Right bugger, had to cut off the connector with the 2 green press in tabs) as it was leaking, but hasnt cured the lumpy running problem, although not given it a good run.

As it wasnt running lumpy b4 the gearbox oil and engine oil/filter change, I will have to consider another possible issue

Any other suggestion appreciated
You must log in or register to reply here.