Finally arrived yesterday after much waiting. Looks very nice in Dark Silver with black. Cant take it over 4500 revs at the moment which is a bit of pain in the arse as have to change gear rapidly low down but there seems to be plenty of pull through 3rd, 4th and 5th.
Exhaust sounds nice and gives off a nice popping sound when gently blipped and the supercharger whine is even better. Handling and grip seems excellent on smooth windy roads but a little skittish over more rough gritty roads. Have had the DSC flashing a few times on the twisties. Not tried switching it off yet but will do when I become a little more accustomized with it. Leather sports seats look good and so do the 17"s.
So if Rhys and any other fancy meeting up for a blast sometime let me know.
S

come on!! you know u want to rag it......it wont break..its a bimmer, and the engine is so high quality...or are you scared your little engine will fail.

BTW, good luck with it all! 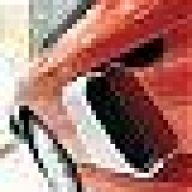 Sounds nice, keep providing regular reports like they do in Evo mag! are there any snazzy toys/features inside that are pretty cool?
J

It hasnt got a Flower Pot holder like the VW Beetle or a joystick off an old Atari 2600 games system like the CTR gear stick has it ?
R

Na its a normal gear stick I saw one at the BMW shop down cheapside it London. They look well nice and Hemman(I think) have already tunned one to 185bph
C

Thanks for the kind responses.
Yeah bob the builder has definatley got jiggy with it inside as someone once put on here but it is not too extreme.
The climate control is really nice with the temperature setting and the row of toggle switches look good to activate stuff like DSC, traction, windows and fog lights.
The bit which lets it down is the very fake looking alloy trim on the inside door panels and dash. Should definatley have used real alloy but you cant win them all.
S

It still doesnt handle or go like a 172 though!! Im not "just saying" that either - I had one on test, for half day, not just the normal 10 minutes - and compared to both 172s that I regularly drive it just isnt as good, (in my opinon only) sorry! I do like how it looks, and I like a lot of the interior - the row of switches is cooool, but the centre console gets in the way if you have long(ish) legs (which I hasten to add I dont have!!!).

However, that is just purely my personal opinion and I hope you get as much fun out of it as I get out of my 172, cos that will mean you get a serious amount of fun!!!!!
R

You gonna bring it to Bedford on friday and show us what it can do then ?
C

Took it out for half a day!!! How the bloody hell did you manage to pull that one off?!?!? I was like 20 minutes with the sales person sat next to me getting very twitchy when it was bouncing off the rev limiter in second and very close to it in third!!!
I test drove a 172 a bit back (import) from direct cars in sheffield. Liked it but only had it for about 10 mins as once again the saleman was next to me so cant really comment as a comparison.
S

Running is a pain but it will soon be over. Saw a Cooper S the other day and it looked as if it was on BBS alloys (like the the old golfs) and it looked very nice. Are those an option or do you think the guy just added them?

Cooper-S Boy, I hope you are enjoying your mini, but be careful of those toggle switches, as my friend Sioban keeps grazing her knuckles on hers!

By the way, she is unable to keep up with my car!
C

hope ya have fun, let us know how it goes with the smaller SC Pully on it

The wheels you saw could have been R-90s which are a dealer extra. 2 grands worth!!! Ouch.....big ouch.
Girl Racer - I thought your friend Sioban had a red cooper with "horrible 17" wheels" as you once put it??
I suppose that knowing you though she managed to get the lead time down to 2 weeks from the 10 months been quoted currently.

The one thing that has always put me off tho, (pretty trivial) is that I like a speedo and rev counter to be IN FRONT of me and not halfway along the dash!, call me old fashioned, but I like everything in its rightful place
C

Captain, I have the works kit on order which is due for fitment in January which ups it to an estimated 205bhp.
Expensive but you keep your 3 year warrenty with it. Hamman are developing a similar upgrade too which may be even better than the works kit and probably a grand cheaper but all BMW warrenty goes down the pan.

I have three girlfriends with minis, one with a new Cooper-S and two with Coopers! They are really breeding around here CSB.

The Cooper-S was bought almost immediately as her hubby works in the motor trade and often its not what you know, but who you know CSB.

Where are you Cooper-S Boy? Way down in the Midlands I have a friend at BM Heaven who does all sorts of Beemer mods! I suppose that might include the mini.
C

Sheffield. Performance mods are sorted already but thanks for the offer.
D

I have three girlfriends with minis, one with a new Cooper-S and two with Coopers! They are really breeding around here CSB.


Cooper-S Boy, Come on tell the truth your really a girl?


Good luck with the wee mini. Its nice to see different looking wee cars nowadays, instead of all these MPV like things everywhere.
C

205 ponies will make it the car it should have been.. I am sure it will be a cracker. !

Joe, the mini is good round bends, but not as quick as the 172 anywhere else!
C

My fingers are crossed captain!!
Power to weight ratio puts it comfortably ahead of the WRX and the Focus RS so hopefully it will be as good as it looks on paper.
I was suprised by the in gear acceleration times between the Cooper S and the Clio Cup in last weeks Auto Express. Dont know if you saw them or not?
R

Why did Auto Express run a second head to head with the cup and cooper S after only about a month ago they declared the cup Britains new hot hatch champ?? And not one set of performance figures matched - sort it out Auto express!
T

CSB, if you free on the 14th sept why not join us for the rolling roll day, its in Bury/Manchester, its only 1hr30 from sheffield, plus you get to have a blast along snake pass
just remember, rhys comming from sheffield as well so you two could compare both cars along sanke pass, there wont be much traffic at 6.30 in the morning!!
C

Could well be up for that mate.
Sounds good. Will have to try and get some miles clocked up as I am only sat on 130 at the minute!!!
R

Cool! We should meet up and plan some routes round the Peak District to compare the cars (will also help run yours in!). I suggest the road from Bakewell to Buxton. It has everything: twists, turns, gradients and even a 2 miles long stretch of dual carridgeway for some safe overtaking attempts! Pretty quiet in the evening too. Mail me at rhys172@yahoo.co.uk and well sort something out.

Those cooper ss are nice cars and the works pack should be nice for em (but expensive at 4k!!).
We had one at one of our last meets, nice looking car, good interior etc (and nice to know that BMW has sorted out most of the problems with them now ) but id be careful about racing much in them, and big power will come at a cost for you
The Focus RS is an unknown quantity except its going to have around 212bhp and more than enough torque to go with it (250lbs?) and will ford bring out an enhancement pack for it too?? You never know as those 1.8ltr engines are quite tuneable (its also been quoted as having the best chassis in its class!)
WRXs with their 215bhp are still quick, heavy with it though but that helps in the handling department along with the performance pack you can purchase them for (and then people decat them, all 3 cats off!) so it gives a little more power So if you meet one that doesnt have the standard back box on i wouldnt try it on as with cheap mods these can be rather seriously quick cars!
Brakes.... id get yours upgraded if i were you, 2 pots are ok but if your going big power id go big brakes first
Big power.....
Big power in a light car (what do they weigh in at? 1050kg?) gives you big problems
I think that most people will tell you that torque steer on fwd cars is a pain, it slows you down and gives you less grip as the front end struggles to get power down can be solved with an LSD but they will cost you about 1k inc fitting.
Enjoy it thou they are nice motors but it may take you some time to get use to its limits, especially in the wet!

We can all be civil then?

Dont take this the wrong way CSB, its aimed mainly at the home crowd.

Hope you love the car - nothing like taking delivery when youve been waiting all that time!
T

Teady,
the Focus RS is a 1.8ltr turbo

The RS is a 2Ltr engine, unless you can prove otherwise!
J

Its a 1.8 turbo - read autoexpress 2/3 weeks ago or visit website and read articles from magazine!! If it was a 2.0L turbo, which it isnt (the Cosworth gets the 2L!!) it would probably be pumping out a hell of alot more power than 220BHP!!
J

i have the new top gear magazine in front on me with a review by geremy clarkston and i quote ....wait for it ...wait for it "At £20,000 it costs the same as the old Cossie did 10 years ago. With 212bhp, it has the same sort of power too. But then both cars have two-litre turbocharged engines. So comparisons are inevitable."

would you like the link to the web site review or are you satsified with this ?