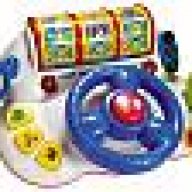 Golf Mk6 Oil Burner
There are a few bits that look like they might be 'in game' but in general looking very smart ...

Think PGR3 have done well to raise the bar so high with the first attempt. This means every other racing game has to have their sh*t together to make sales!

Citroen DS3 DSport
Some of that definately looks like the ingame footage and if so then it's looking very promising Any idea when this is due for release?
Z 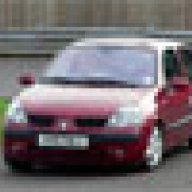 due out in november i think. have a look on play they have it up for preorder

BMW M2C
I quite enjoyed the first one, it was no GT4 but a dam good effort for their first racer. I'm really looking forward to 2.
S

Downloads via Microsoft’s Xbox Live Marketplace have surpassed the 50 million mark, doubling the 25 million figure reached only three months ago.
The release of EA’s Madden NFL 07 has helped boost the numbers, with two million hours of gameplay logged in the first seven days and 600,000 in-game achievements recorded.
Xbox Live Arcade title Texas Hold 'Em has also set a day one record as the fastest downloaded item on Xbox Live Marketplace. It was also the first full game to be offered free if downloaded within the first 48 hours of release.
Other figures released by Microsoft make impressive reading. The currency used on Xbox Live Marketplace, Microsoft Points, has surpassed two billion units sold - with over 60 per cent of Xbox 360 owners now connected to Xbox Live.
An average of 1.3 million text and voice messages are sent via Xbox Live every day, with half a billion messages sent amongst the Xbox Live community per year.
Xbox Live Arcade is proving popular, as 65 per cent of connected console owners have downloaded and played the digitally distributed titles. More than 8 million Arcade games have been downloaded since the launch of Xbox 360.
Gamers across the globe have spent over two billion hours on Xbox Live since the service launched in November 2002.
More Xbox Live support is due over the coming months with the launch of the Xbox Live Vision camera, which will be available to buy on September 19th in the US and October 6th in Europe.

They certainly have some catching up to do in ALL departments.
L

BMW M2C
We've just had an ex Dev Director from Sony start here. Oh dear, oh dear, the tales of woe I've heard about the PS3. lol Shame as I was a bit of a PS2 fanboy.
S

Citroen DS3 DSport
I've read several negative comments online from industry insiders and it does make me wonder how bad the PS3 is actually going to be. If the machine really is this bleak then Sony must be dreading the actual release date arriving.
M

I love pre-rendered. It almost like a Sony vid

It will be a great game though if the original is anything to go by :approve:

Where did you hear November ??? If so that's amazing. Test Drive is going to be shockingly bad.

Golf Mk6 Oil Burner
I think the major issue for Sony is online. The PS3 can be the dogs danglies but if they cant get a real brand like 'xbox live' off the ground they are in the sh*t.
L

Where did you hear November ??? If so that's amazing. Test Drive is going to be shockingly bad.
Click to expand...

Have you not played the Test Drive demos?
S

Think it was due for release this winter, however due to bad press and failings on there part i doubt we will see it until early/mid next year tbh.

But thats just what ive heard im sure other have heard different too. 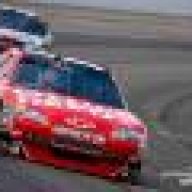 Lee said:
I quite enjoyed the first one, it was no GT4 but a dam good effort for their first racer. I'm really looking forward to 2.
Click to expand...

looking forward to some more racing games on the 360.

Haven't found anything else on 360/PS2 that beats GT.

Pc However loads of great simulations. Nascar being a favorite.
Z

bigmouk said:
I think the major issue for Sony is online. The PS3 can be the dogs danglies but if they cant get a real brand like 'xbox live' off the ground they are in the sh*t.
Click to expand...

Exactly. Since I got hooked on xbox live I don't think I could buy a console without a credible online gaming scene. I think Sony have missed the boat by now in that respect tbh

Lee said:
Have you not played the Test Drive demos?
Click to expand...

Yes I have, appalling !!

Handling is crazy, you get air everywhere you go. Bikes are rediculous and the XBox live front is stupid... 8 players per session, and you spend 10 minutes trying to find your friends. I know it can be done, but having to do that everytime you finish a race or boot up the game doesn't sound like my idea of fun.

And if Forza2 is indeed out this year, no reason to buy anything other than Saints Row (I recently got Battlefield2 aswell) those will last a good few months.
S

Citroen DS3 DSport
Yeah I think that is right now, it's been delayed

ClioSport Club Member
Black Gold 199
Does look good that. What number of cars are available in it?