It has been pretty much seven years since I have posted here on the forum about my gravel Clio rs 172.

Basically, I have raced it in snow, ice, and gravel. I was not kind at all to it.

It does have quite a few special bits to it, and it even has a special VIN number.

There are lots and lots of bad bits, but my plan here is to revive this little beast for slalom and local track days.
Here is where I will start with the project and see if it is worth while:

- Clio 172 shocks with grams springs
- Toyo Proxies T1R 205/45 R15
- New rubber exhaust mounts (now it has solid metal ones)
- New Sabelt steering wheel
- Fix the brake regulator (it is stuck)
- Fix the rear light and turn signals.
- Fix the electrical gremlin (it seems like the obd does not connect to ecu)
- Change every rubber suspension bit that is worn out.
- Front tow strap.
- Maybe change the cracked front window.

I would like to cut out the old side skirt parts and re-weld new ones. However, for the life of me, I cannot find body parts for this little Clio.
If you do know who makes fiberglass bumpers, fenders, side skirts, or have some ideas please let me know.

Also, the brakes suck, but first I need to get out there and test the car properly.

I wonder if you can find how many different Clio's are in my car?

I plan to keep this ridiculous theme going with mismatching colors. 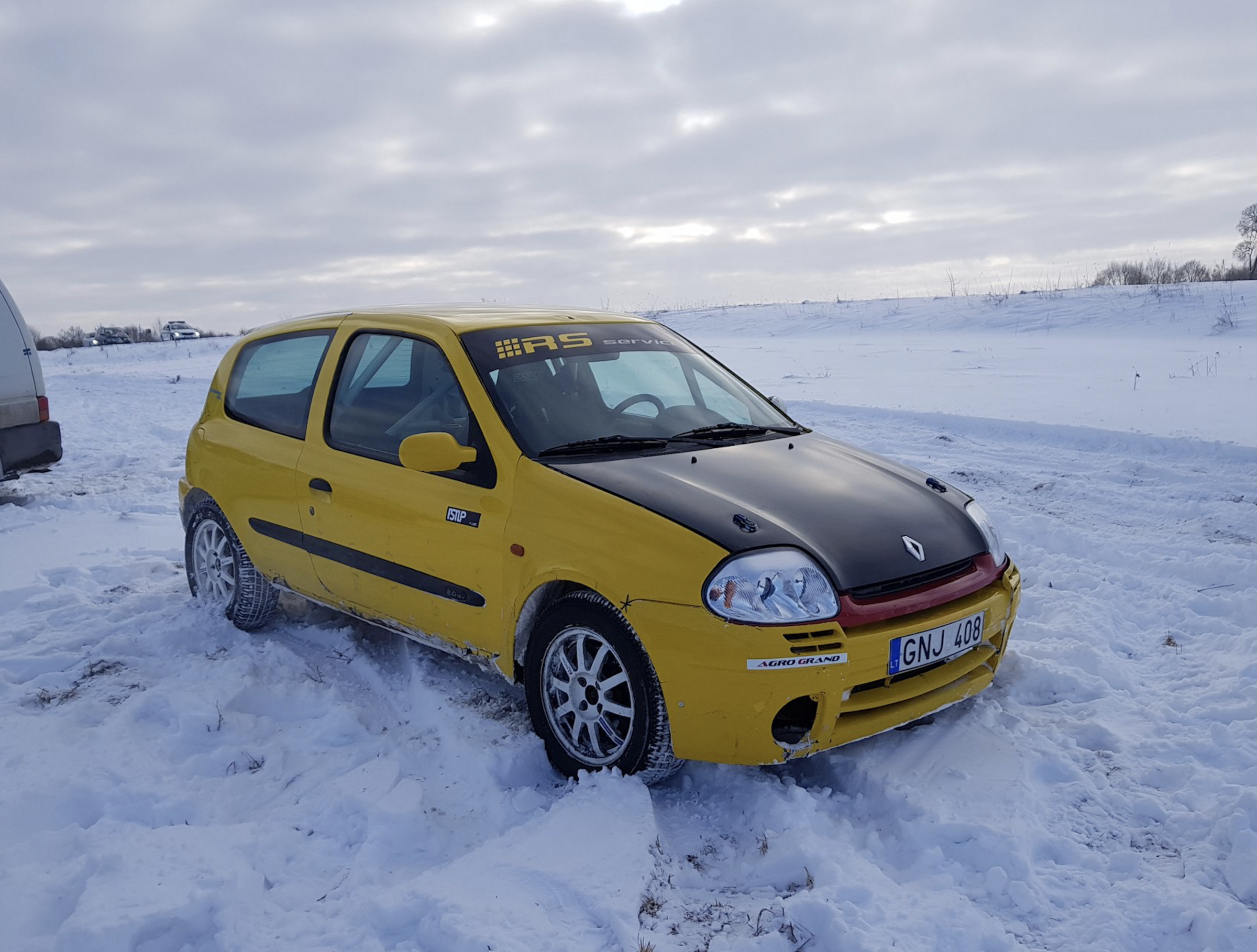 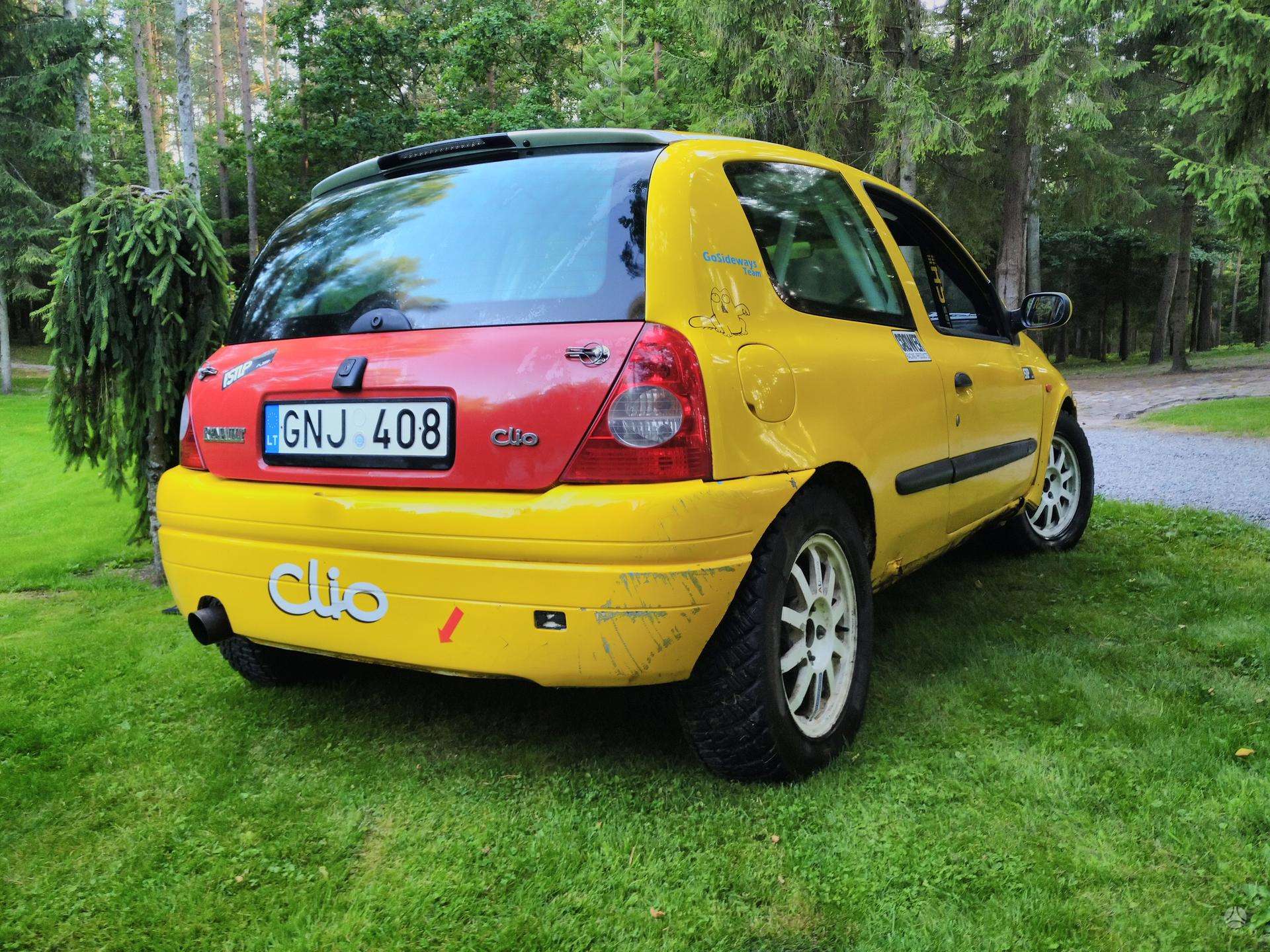 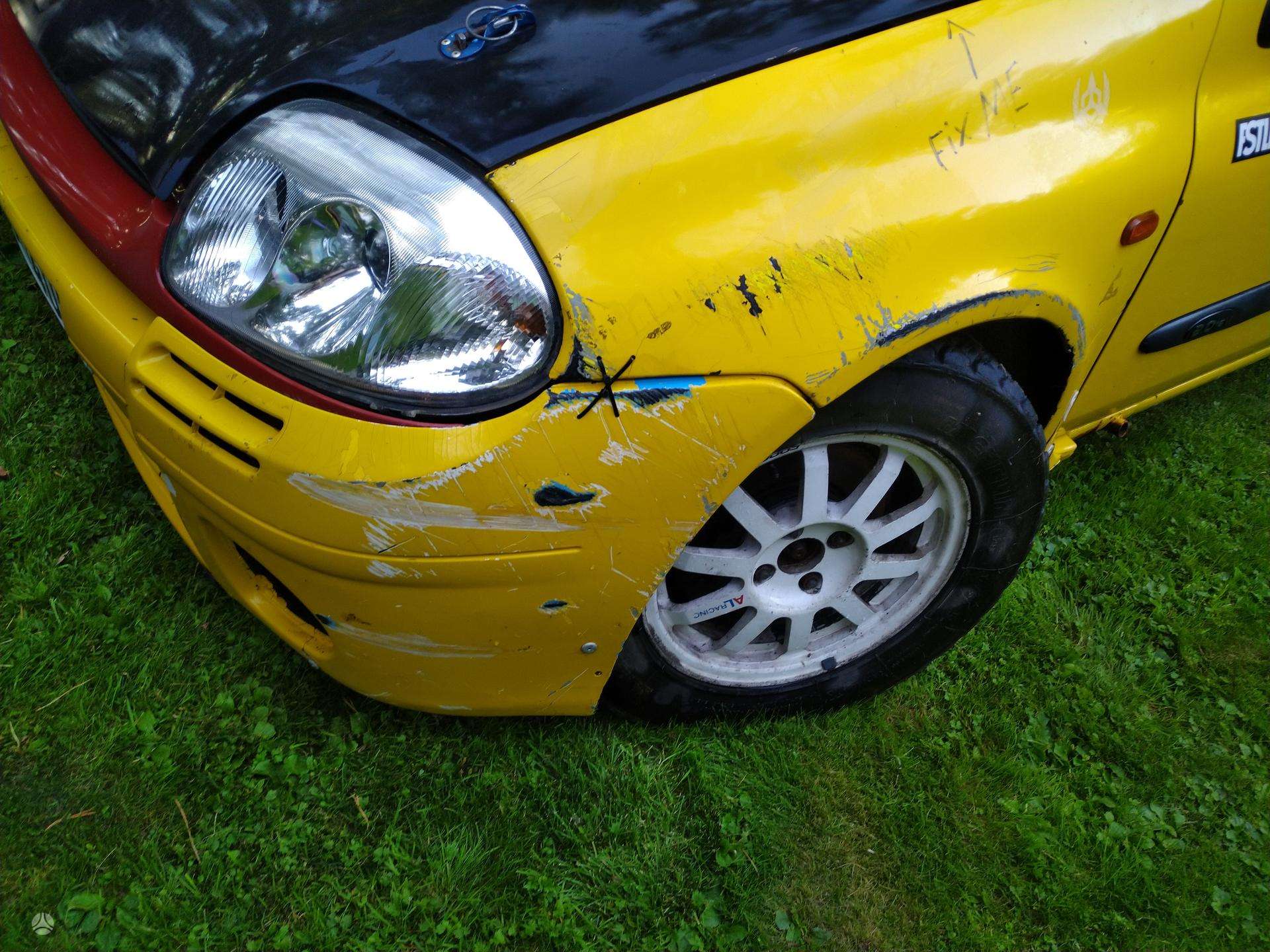 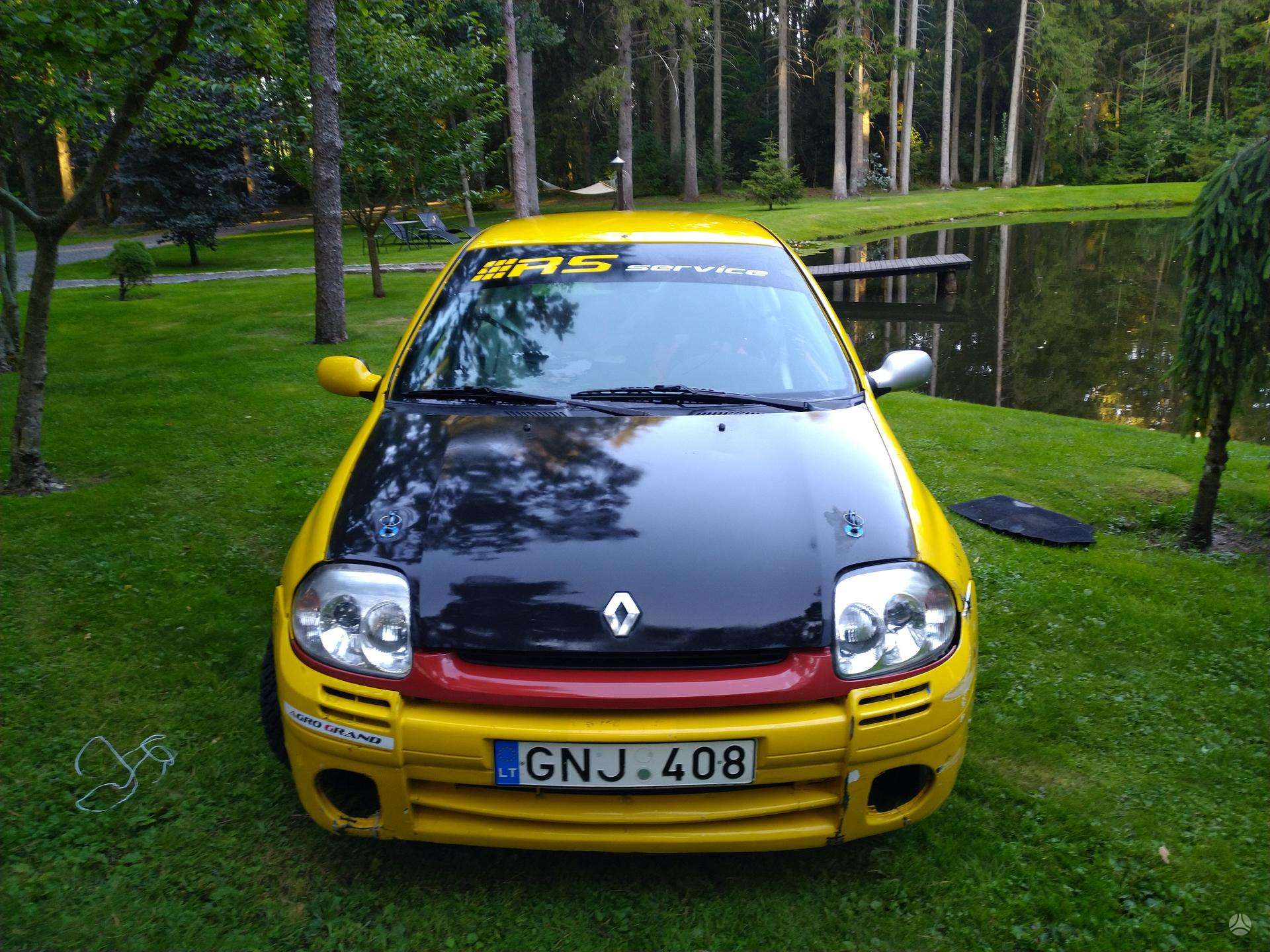 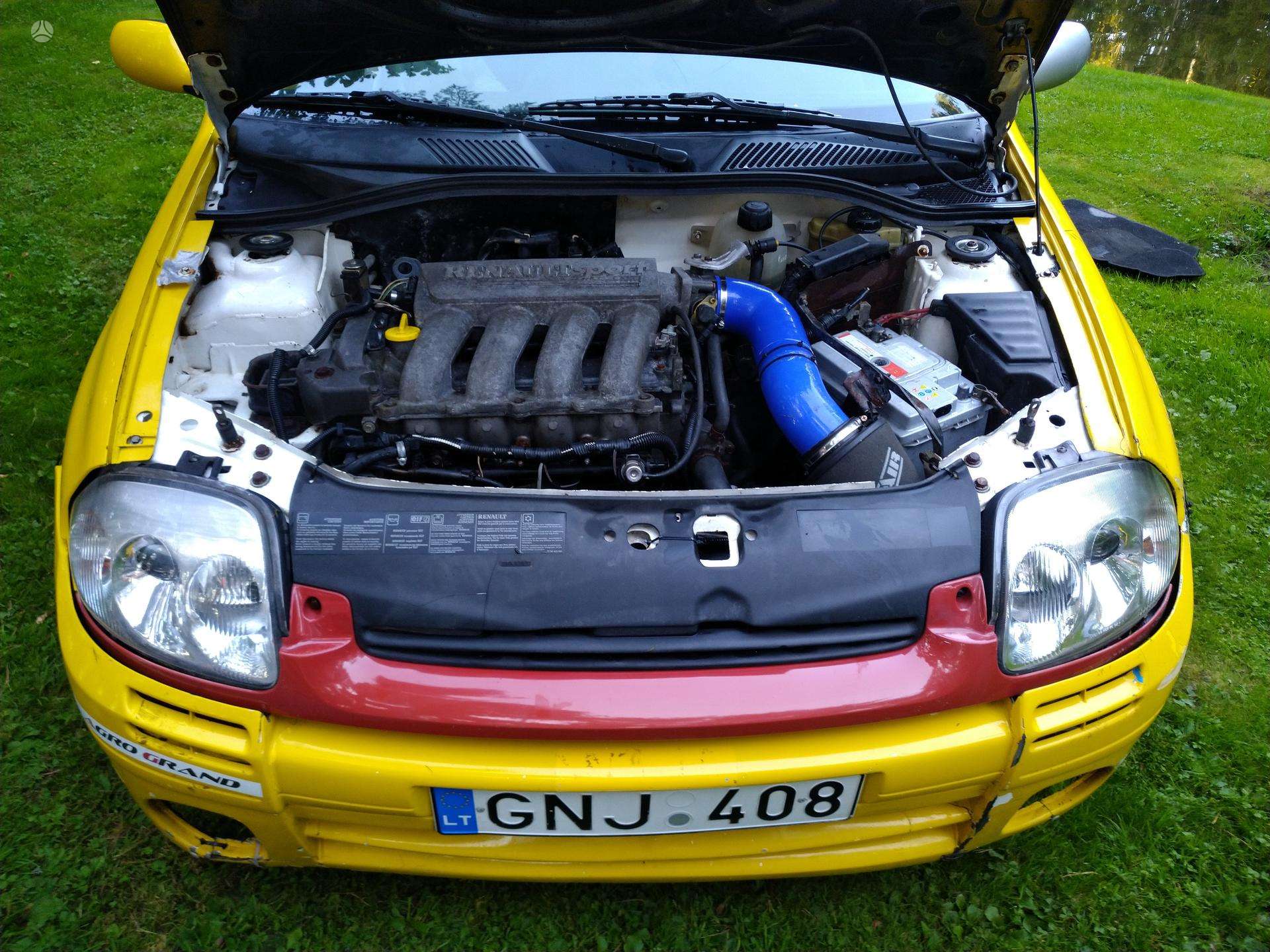 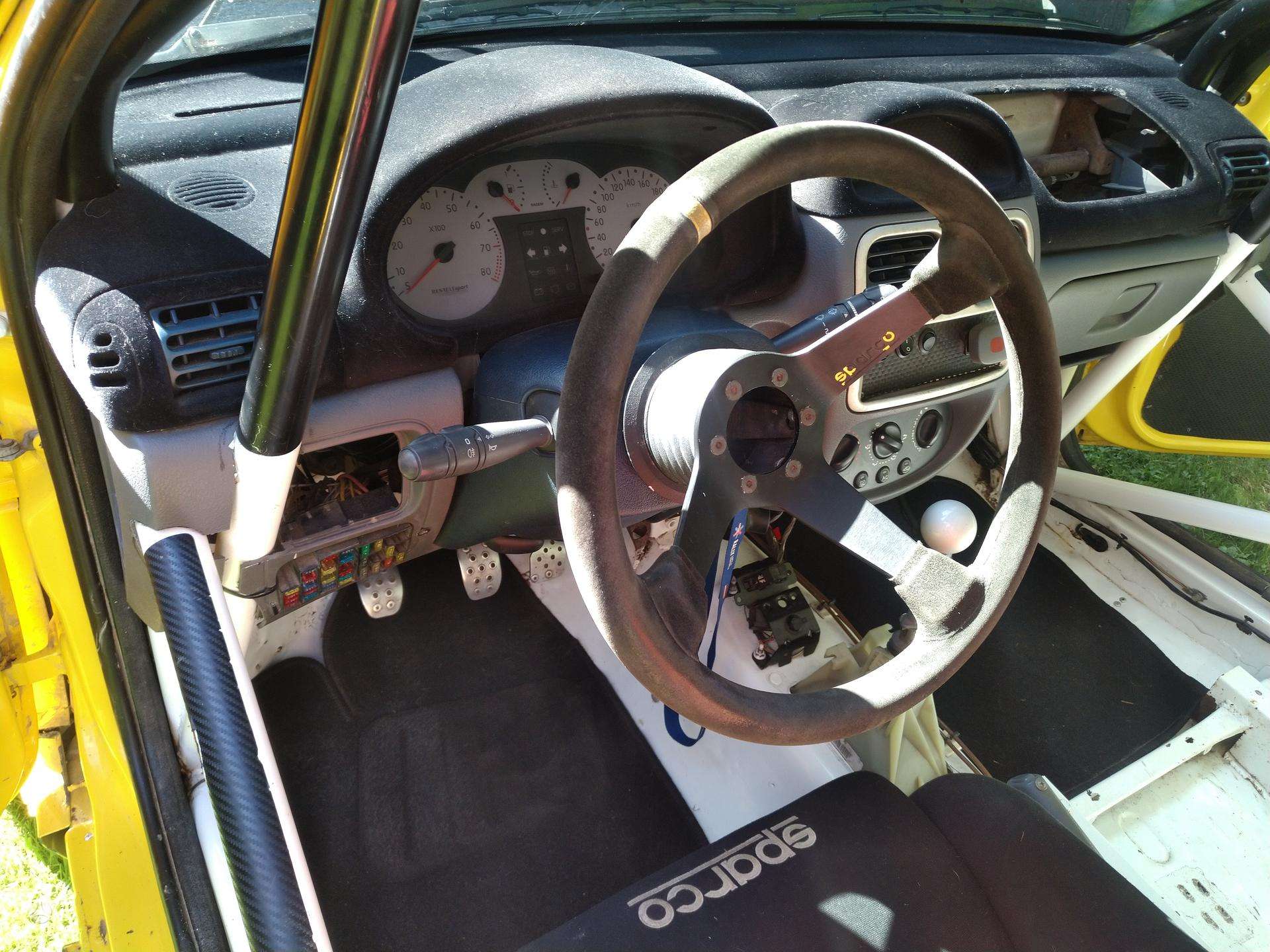 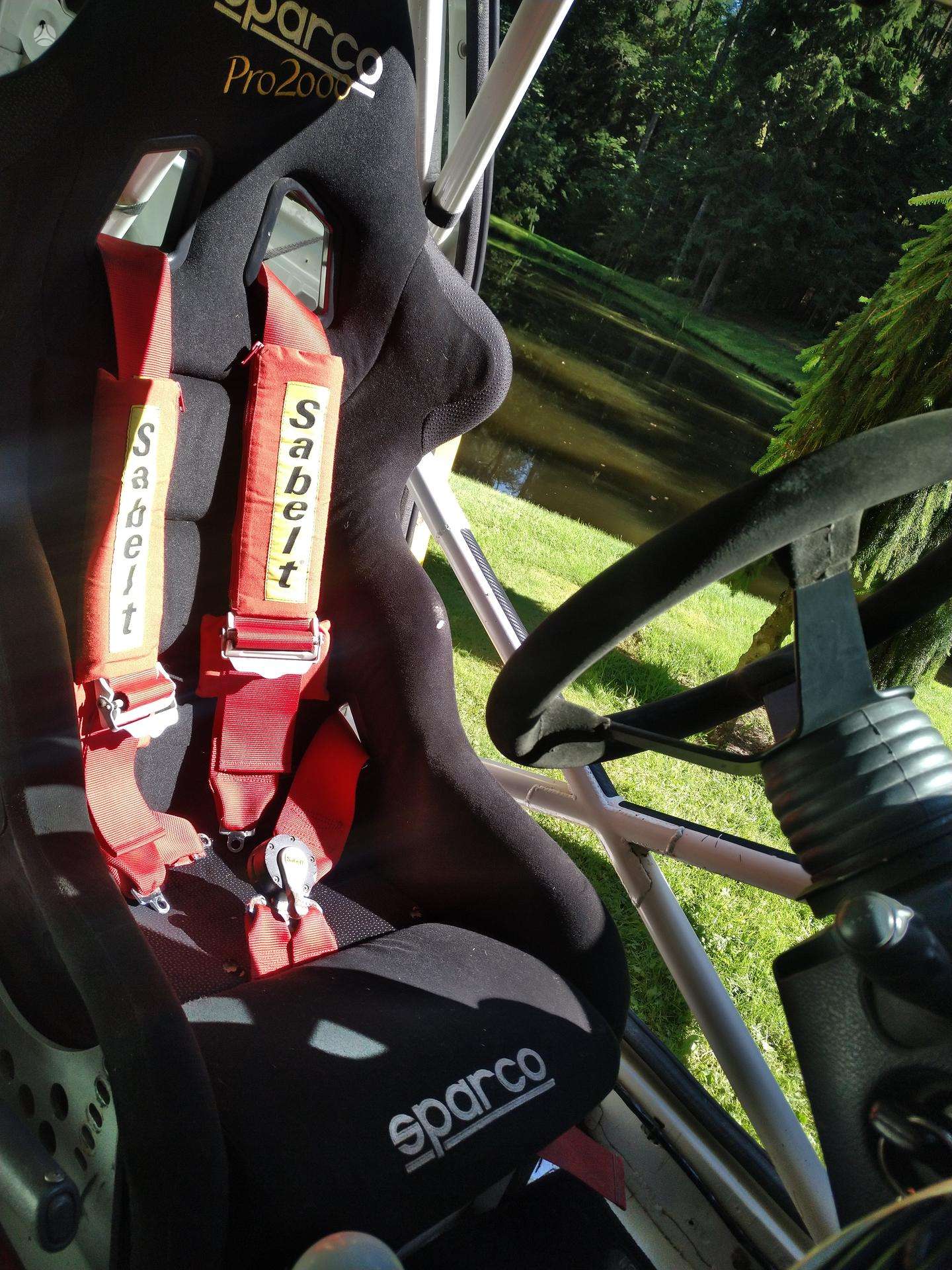 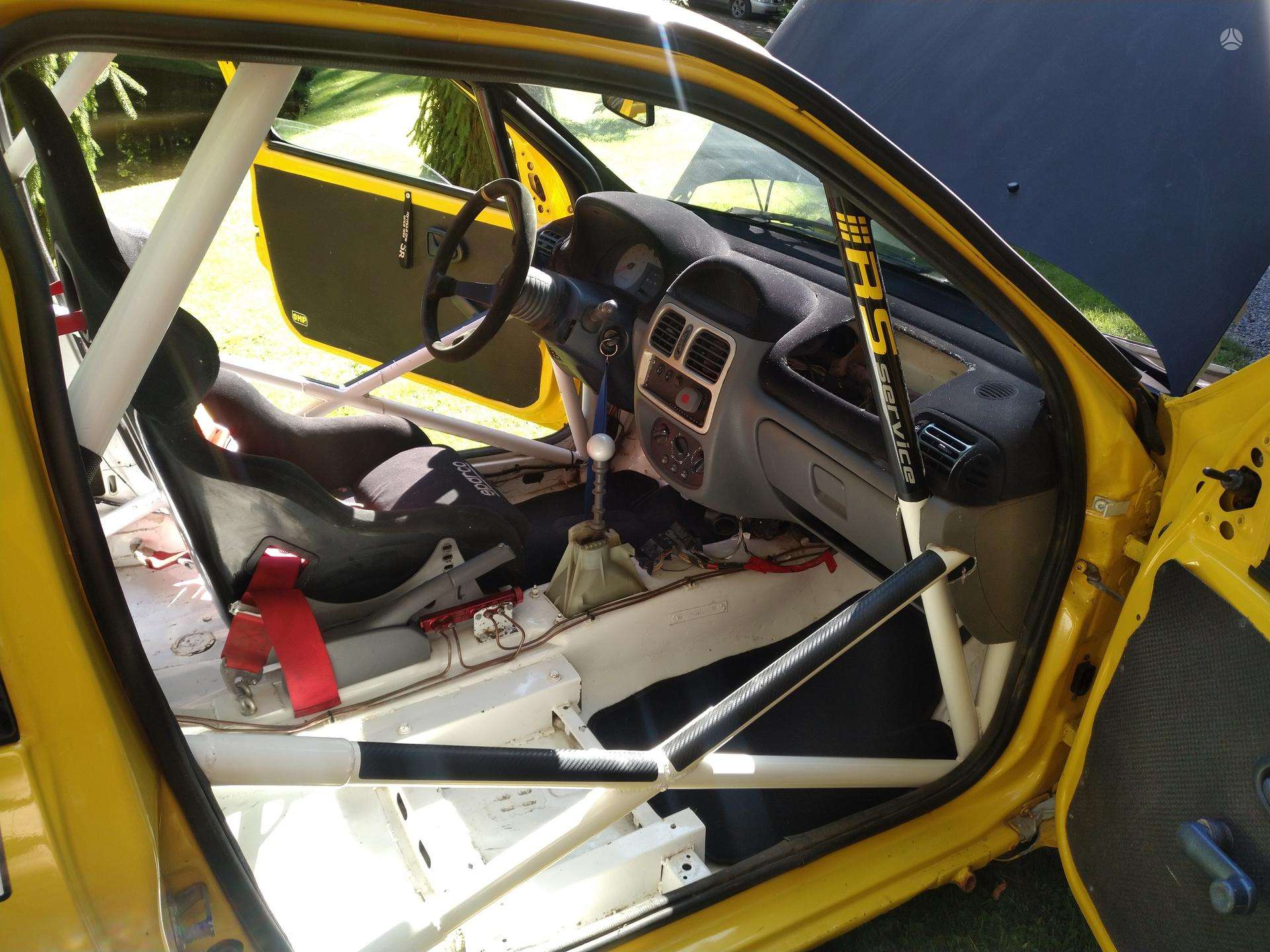 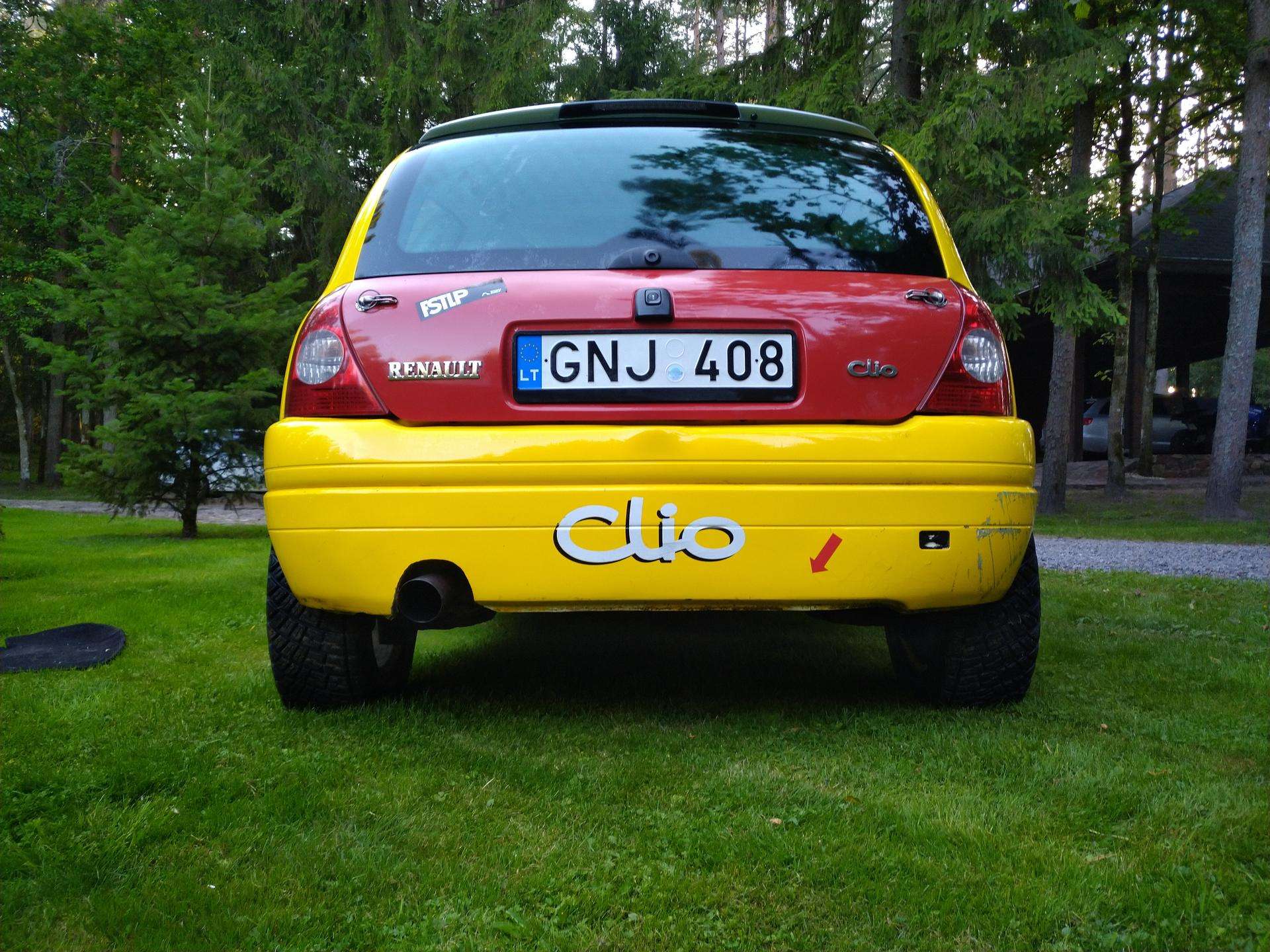 Is there a more trashy/funky Clio on the forum?

Tell me what you think!

Question of the day - what is the best camber/toe set up for track days?

Also, it just happens so that one eye of the car got punched out.

So, I have looked all over the world to try and get these used or new parts for my car, but they are now ULTRA rare it seems.

I got myself a new bonnet, new headlight, and a side skirt/body metal repair kit for the rust.
Furthermore, I found used front bumper and both front fenders! I am so glad I got them.
Also, got rear bumper and both sideskirts from a 172 ph2.
Lastly, I got a fabia splitter.

I cannot wait for my beat up rally car to become a colorful refreshed frankenclio for track days/road racing.

There is still a weird noise of rubbing coming from somewhere and quite a few issues left with it.

I will keep you posted!

ClioSport Club Member
RS Clio 172 Ph1
Darn pandemic got in the way of me going racing again, but that does not mean I shouldn't prepare the little rocket for fun.

First things first, as noted before I got almost all used exterior parts that I wanted/needed to be installed, as well as my rear fender arches and side skirts welded.

I spent extra money being silly - I got my hood painted 197 alien green color because I think it is cool AF. Also, hood pins are expensive.

The only things that I wish for exterior-wise are a trophy spoiler, tow straps, trimming exhaust pipe, sport/cup172 badge, and foglight mounts made into air inlets.

I got no idea where to get those plastic foglight things tho. 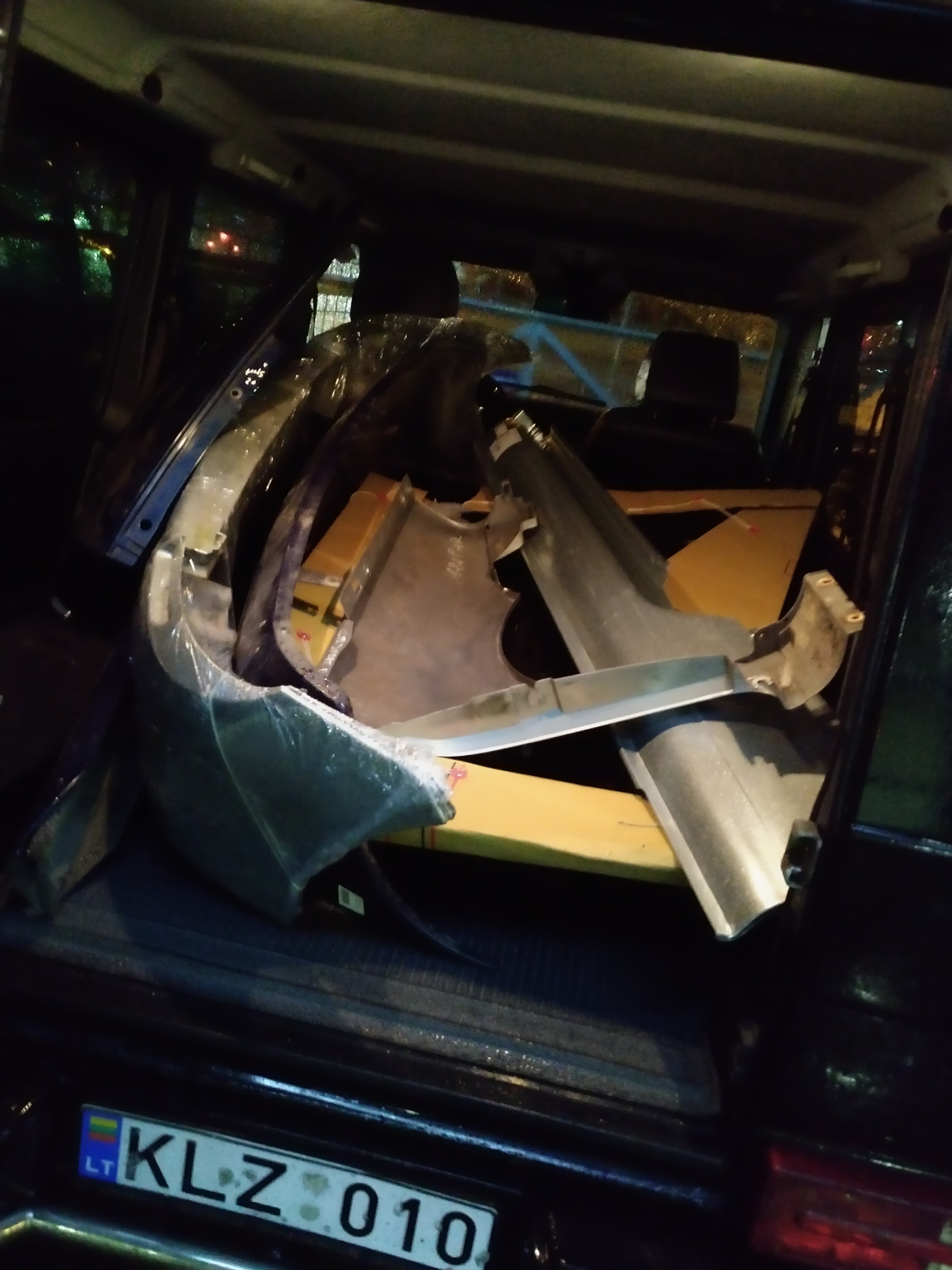 I want many things for this harlequin-looking beast, but I need to start with some more maintenance:
- Full belt change, gearbox/engine oil, coolant replacement. Clean the air intake.
- 2x KTR engine mounts and Powerflex bushings for transmission mount ( I hope this is a good choice? )
- I want a bunch of interior things like a second seat and Sabelt 330mm steering wheel.
- After all engine stuff I want to try and figure out why the damned RS tuner won't connect to my car.
- Maybe change my front anti-roll bar bushings
- Maybe order speedline corse 2118 wheels, does anyone have those for sale? ( I really like the look! )

Maybe there is an electrical/Rs tuner guru here I could message, or is the service totally dead? I got 2x RS tuners. Here is the old link to it:

Good day, So I got my 172 ph1 renault, and after a few years of not using it I tried to read and write ECU with RS tuner. I have read the .cal and ecu files without problems. Here is what I got tho while trying to rewrite the file that I read: Also, here is the ECU fault I got when I read...

Any comments about things to improve my track project are very welcome!

Ordered the desired parts, but they did not show up yet, once they do I will make an update.

The engine feels so smooth and fantastic now.

Just need to sort the little bits that I found wrong after first serious track:
- Turn the brake bias towards the back more and test tire lock-up
- Change the wheel bolt that is knackered
- Fix the damned electrical gremlins (the lights never work properly)
- Mount the fire extinguisher properly

Also, is there a contact here for EFI? I sent them a few emails and got no answer. 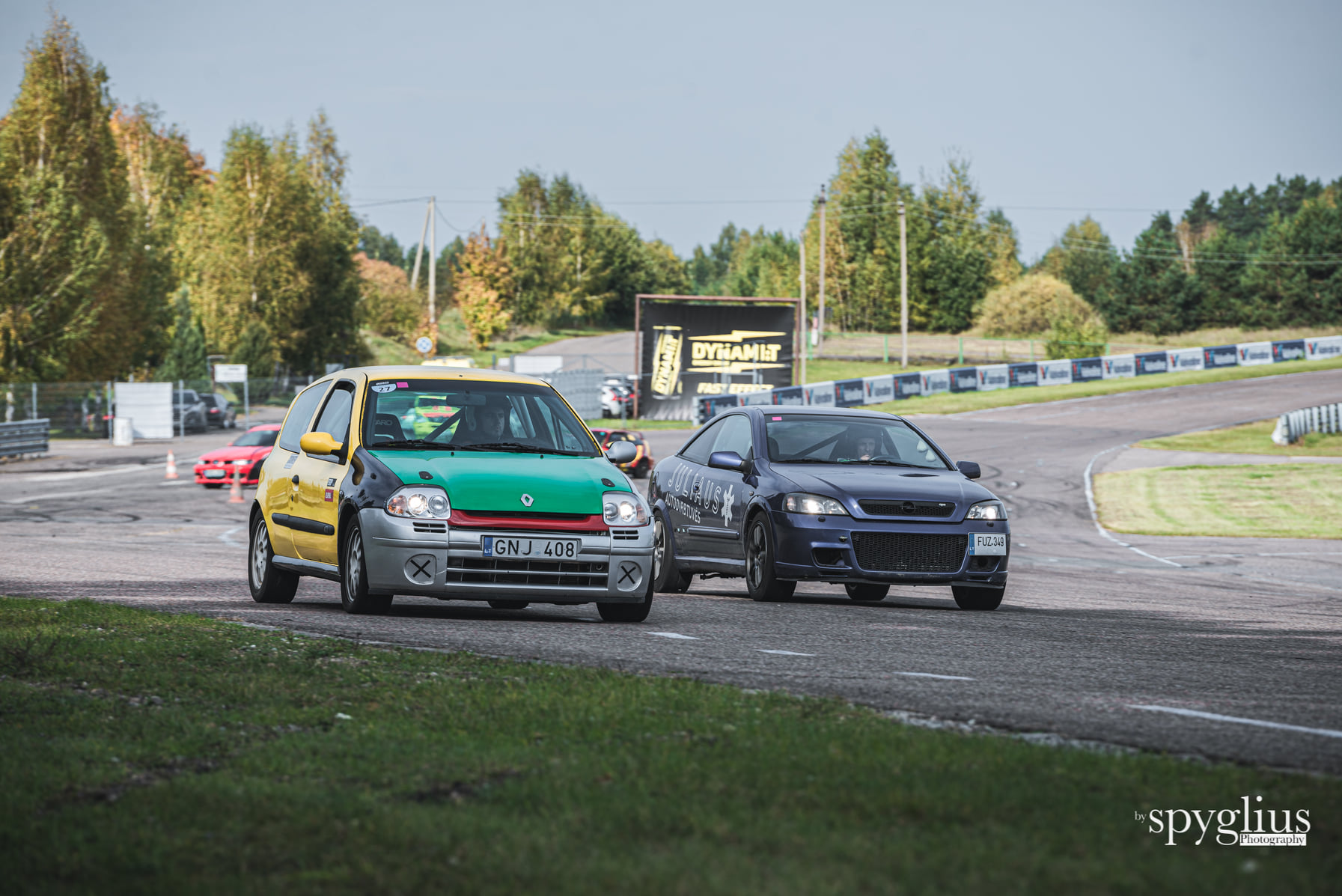 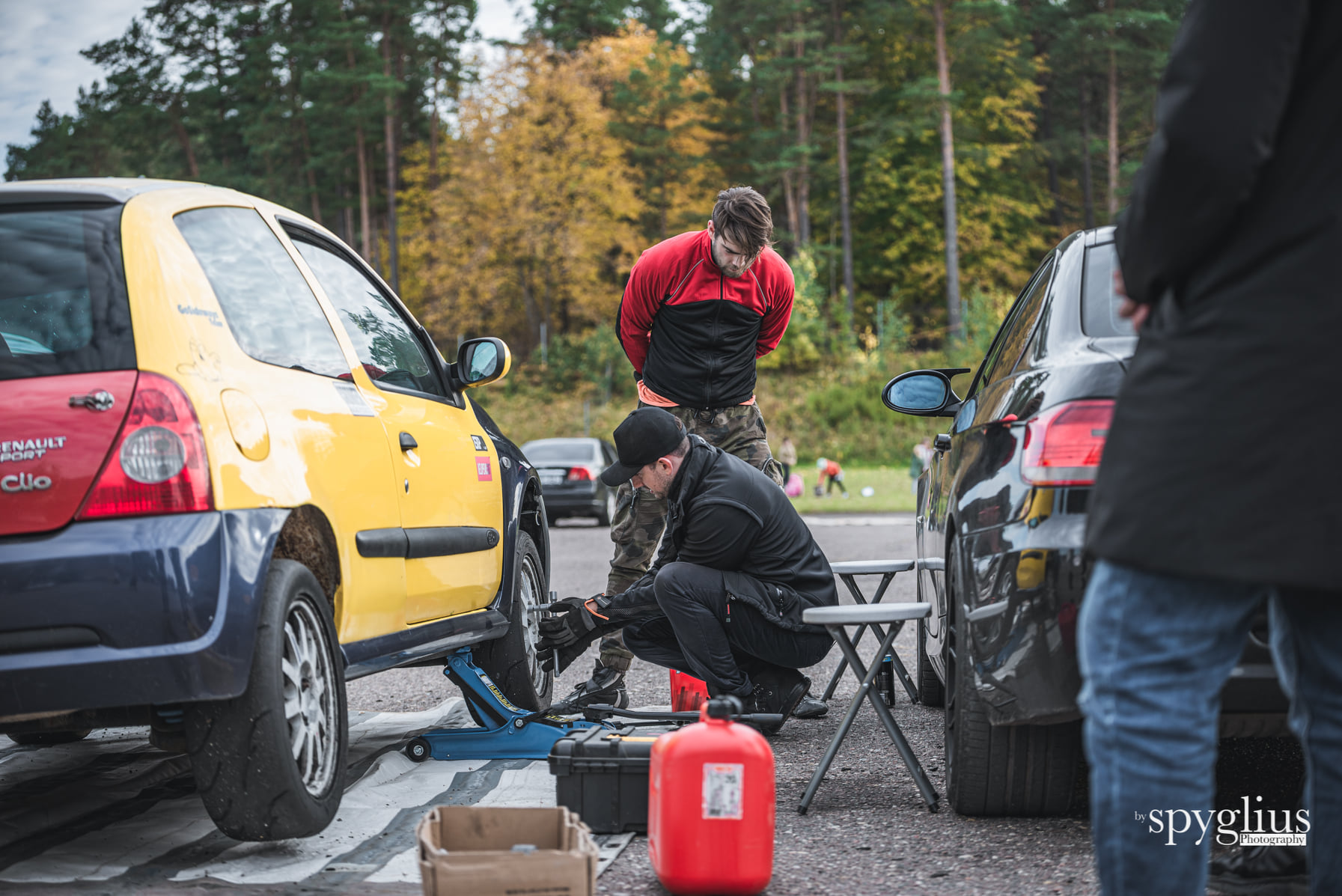 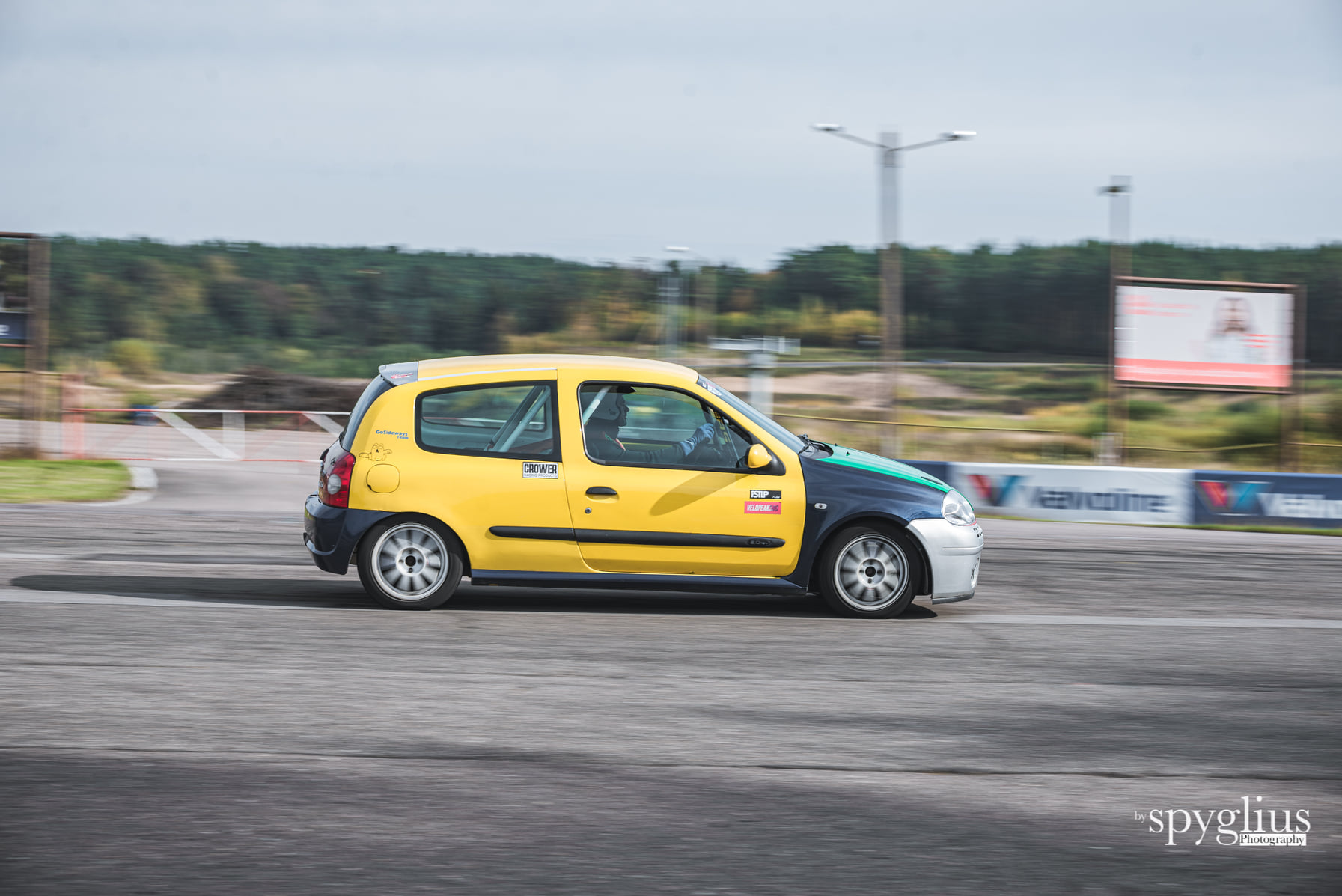 The good part is basically year 2021: I had made a commitment to do at least 5 track days, which I did.
However, there is a bit more to the story then that.

Since my car in 8 years of ownership never had it's cambelts changed, I decided to make that happen, I think we probably changed quite a few additional things at that time, but basically after a second trackday the engine blew up after the service.
It could be because I had removed the aluminum rally shield, and a piece of gravel got in it, and made the belt jump, or it could be a faulty job, OR it could just be that my luck finally burnt out.

Long story short - I had the engine head rebuilt.

After that the car still did not run well, I had my usual fueling/electrical problems, it not revving high enough, stuttering etc.

And, it seems like after solving all the mechanical issues, when the car was being driven from the mechanic to an electrician, the old fuel line broke, or it always could be a faulty job, but whatever the case the car lit itself on fire.

Thank goodness I had installed a new fire extinguisher just a week ago. 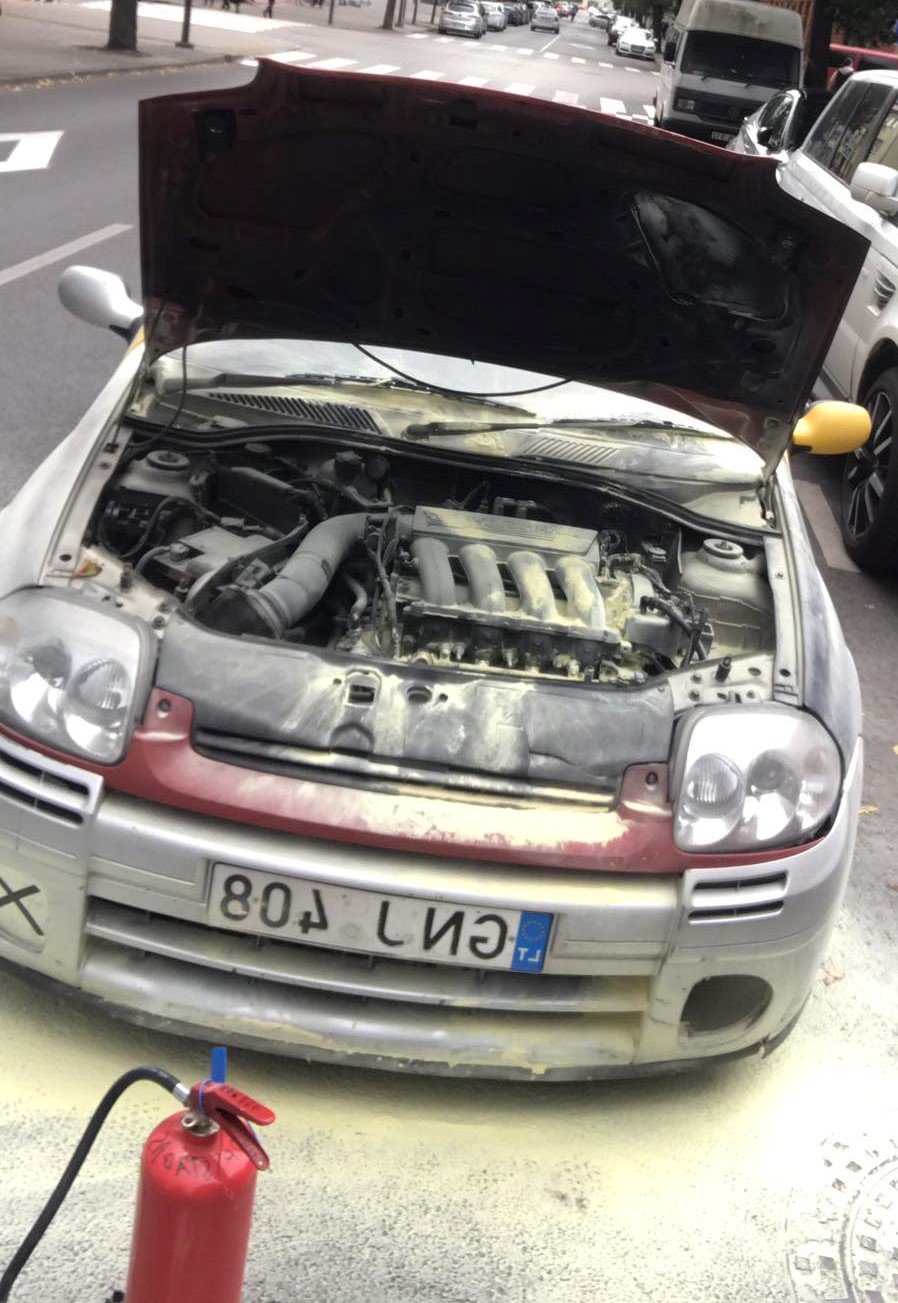 So after last years summer it all went to s**t basically. Blown engine and the car on fire with rebuilt engine after the things were finally looking up. Then at one track day the car caught a cone which damaged the front bumper, and of course the whole electrical part and fueling lines are cooked.

Finally, I have decided to sum up all the things I have replaced/fixed in the car after the last post, and write a small list of things that need to be done.
I think it is kinda my own fault for just paying the moneys and giving someone else the job, when in reality I could have done most of the things myself.

So, I am thinking of redoing the wiring, fueling and general clean up of the mess myself this time around. The clio finally died and hates me.

If you add up the previous posts I have made, all the possible maintenance things and fluids are changed.


Now, things I need to do to get my car back on track:

- Get the car into the warm garage
- Clean up all the residue from fire extinguisher
- Replace the fuel rail, fuel lines and possibly the injectors
- Make or buy a new wiring loom
- Make all new grounding wires (find the schematics for it)
- Change all the possible relays reduce the electrical gremlins
- Get the ECU checked + get EFI to tune it to 98 fuel race map
- Get the battery charged up
- Get new bolt nuts
- Get the wheels rebalanced (later on)
- Check if the rear beam is bent and replace it if needed (car is crooked)
- Investigate why the transmission side engine mount is crooked (possibly after wheel swap)

P.s. here is a picture of wheels after painting.

And the video of the last time Clio was seen alive:

Most importantly, do not give up on the good old Renault Sport wonder car, I have done so much, but it is so very dead due to fueling/electrics, which I could have replaced myself but did not. Now I payed the price and will try to make it right again.

Look forward to some updates!
You must log in or register to reply here.