Nick Frost has gone and got himself a 172! After a 2nd trip to Llandow this year (August 2014), enough was enough.
Ever since being taken out in a Renault Sport Clio, I'd had a hankering for one.

The plan was to buy one on the cheap (very cheap!), and slowly build it up from scratch to something road legal, but fit for the track.

Money was put aside, and a budget of £500 was set for the car. I began looking for Clio's mostly on eBay. Mostly because the stuff on here is very nice and it'd be a shame for my grubby hands to basterdise it.
I found a silver 172 on eBay, located in Ampthil, Bedfordshire, and saved it to my favourites.

The days counted down, and I thankfully got a decent last bid in. For the grand sum of £377.26, I owned my first Renault Sport. Fantastic!

Today, I headed over to Ampthil to meet Jamie; the seller. Turns out the clio was already sporting some ClioSport.net stickers - the keyring is also the bottle opener one from the membership pack.

Jamie himself he told me, used to race in tin tops as well until a couple of years ago. If anyone knows the car, I'd gladly listen to any notes on it's history.

Saying that, Jamie handed me the V5 new keeps section, along with a red folder which contained a fair bit of the car's history. 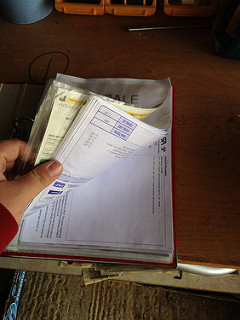 It failed it's last MOT earlier in the year by the looks of things. Nothing major, and stuff that can be sorted as the car is being stripped down. 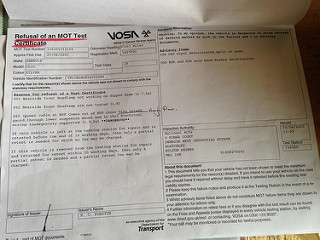 Strip the interior
Remove engine
Diagnose and fix gearbox issue (geardbox diff circlip has gone, so the car has no drive)
Tidy engine bay
Sort out the suspension (missing rear shocks for a start)
Bucket seats & harnesses
Roll cage
Free a few more ponies from the motor - originally thought of stripping it down and going to work on it, but if the motor is strong as it sounds, then I'll hold fire.

A few pics of the beast as it is today in it's new home... 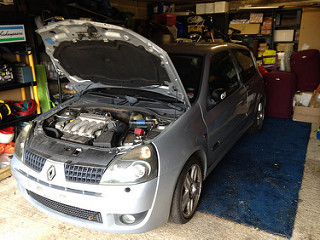 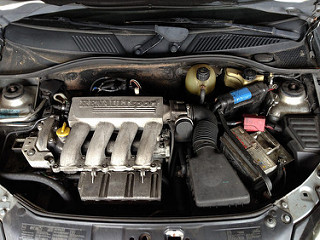 
Being new to RS ownership, there will be lots of questions and asking for help. I'm pretty good with a spanner (except wheel studs Tony Hunter), so will be craking on with the stripping (Ooh err) myself.
Last edited: Aug 30, 2014
C

ClioSport Club Member
DSG Edition 30
Best of luck. These cars aren't actually that difficult to work on if you've got common sense.

Will keep an eye on this.

This is going to be good

welshname said:
These cars aren't actually that difficult to work on if you've got common sense.
Click to expand...

I'll be keeping an eye on this one too! Best of luck.

Golf 7R w/ DSG
LOL bargain, even if it blew up tomorrow you could break it for more!
A

If you have a weekend of cracking on with it (Engine/Gearbox removal maybe?) I'll be right up!

If you have a weekend of cracking on with it (Engine/Gearbox removal maybe?) I'll be right up!
Click to expand...

Funnily enough I was thinking of a get together at chateau du Pape!
A

Many.
Just supply me a McDonald's and some booze, and I'm in. BTW, I owe you a beer, as you're suggestion was spot on!

ClioSport Area Rep
Ford S-Max 2.2 175
Rear seats out quickly this morning along with the isofix bar. The bolts on the latter were a bar steward to undo!
I had to stop as it's my nieces 8th birthday party too, and I'm full of cake now. 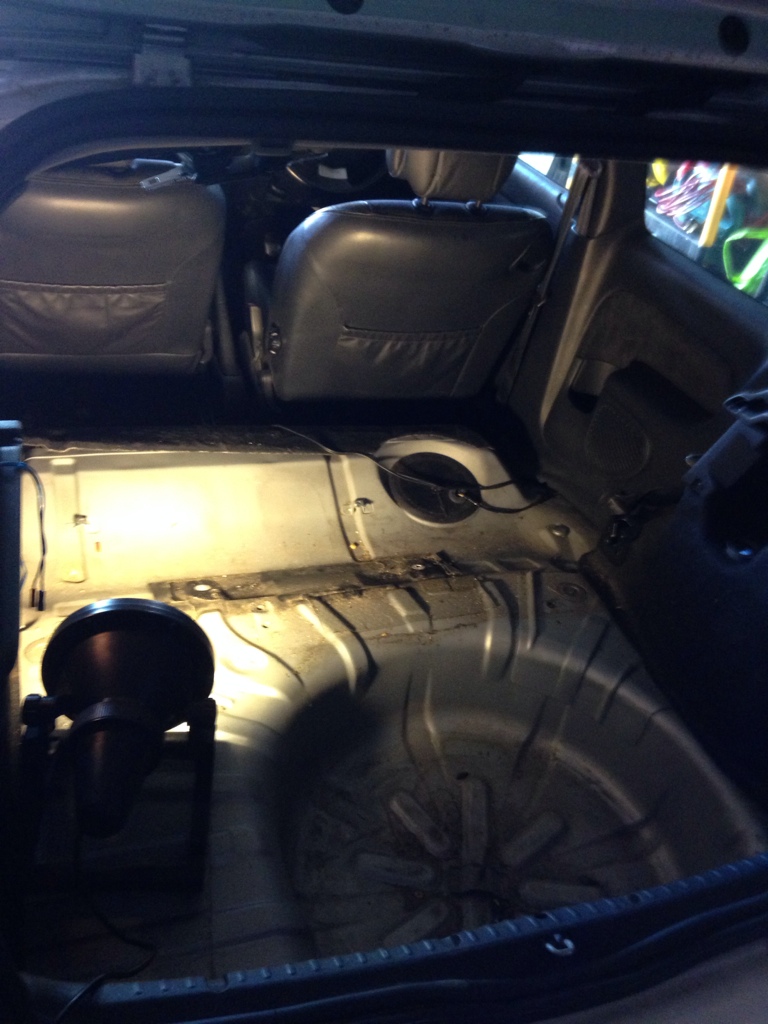 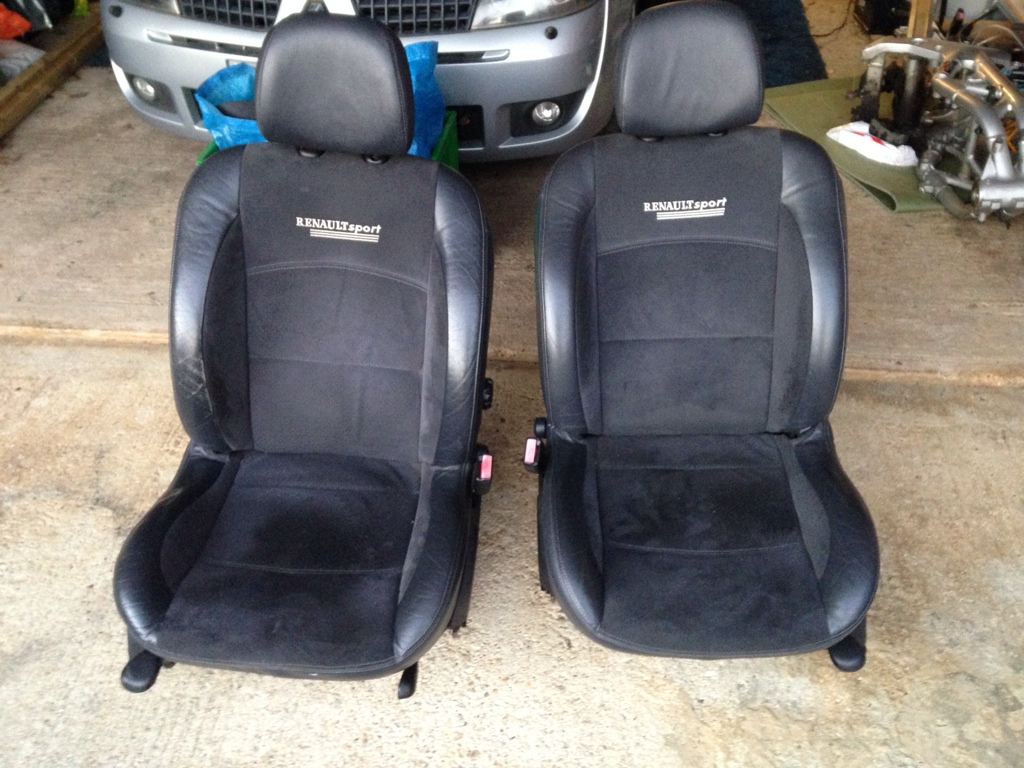 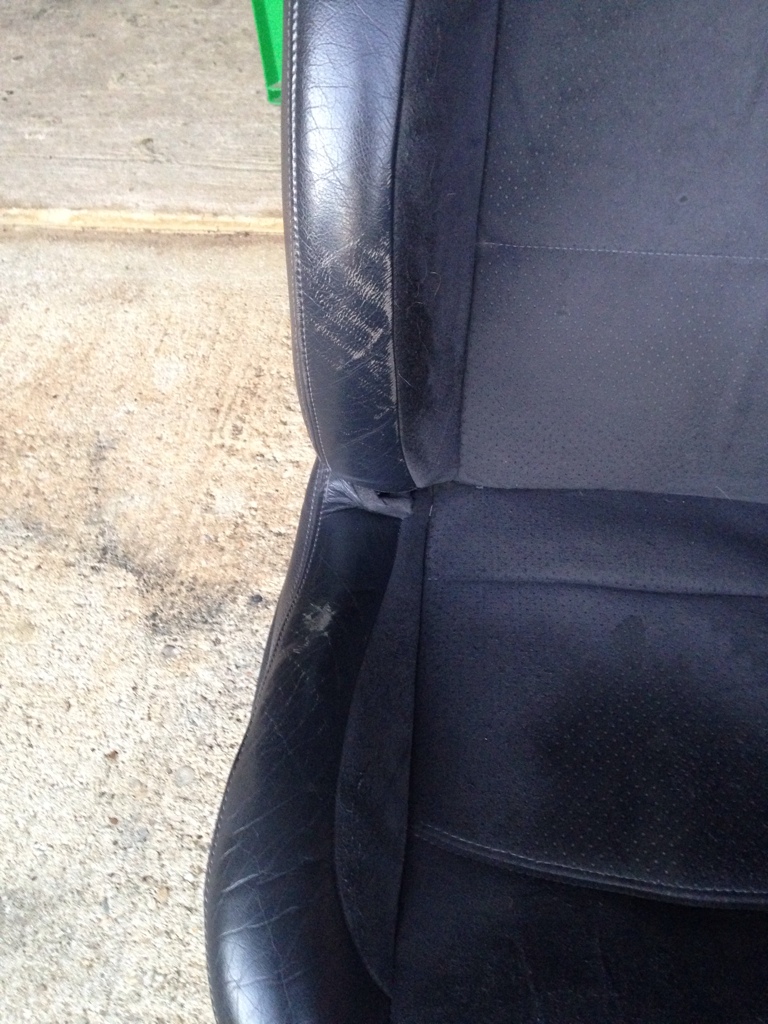 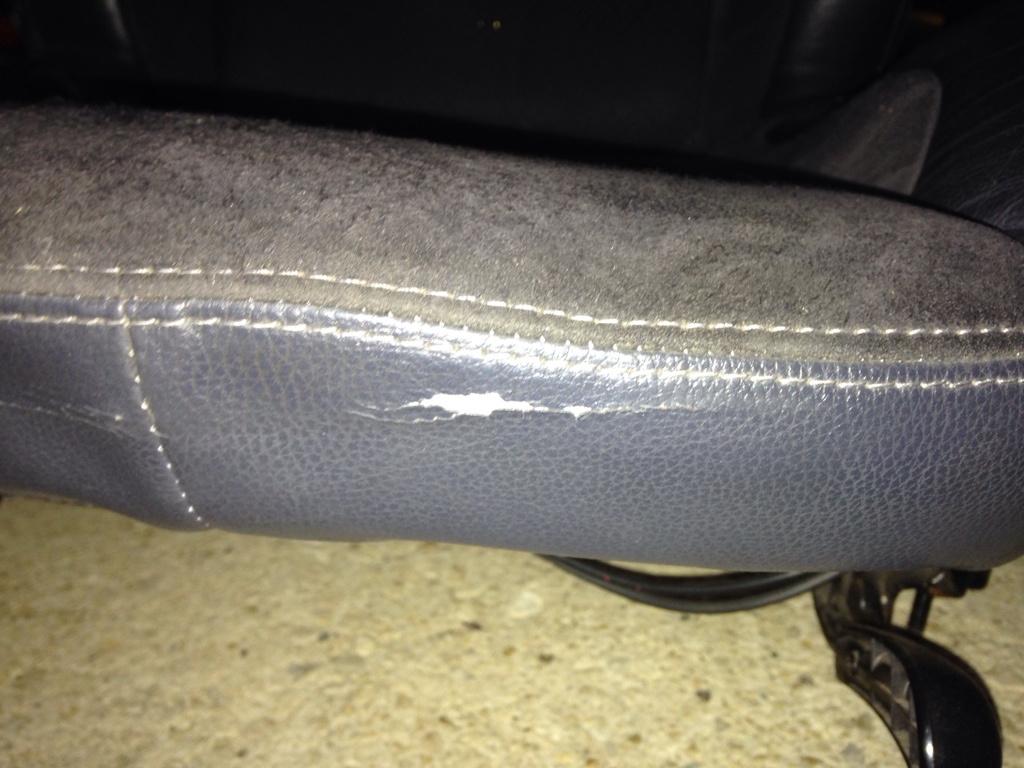 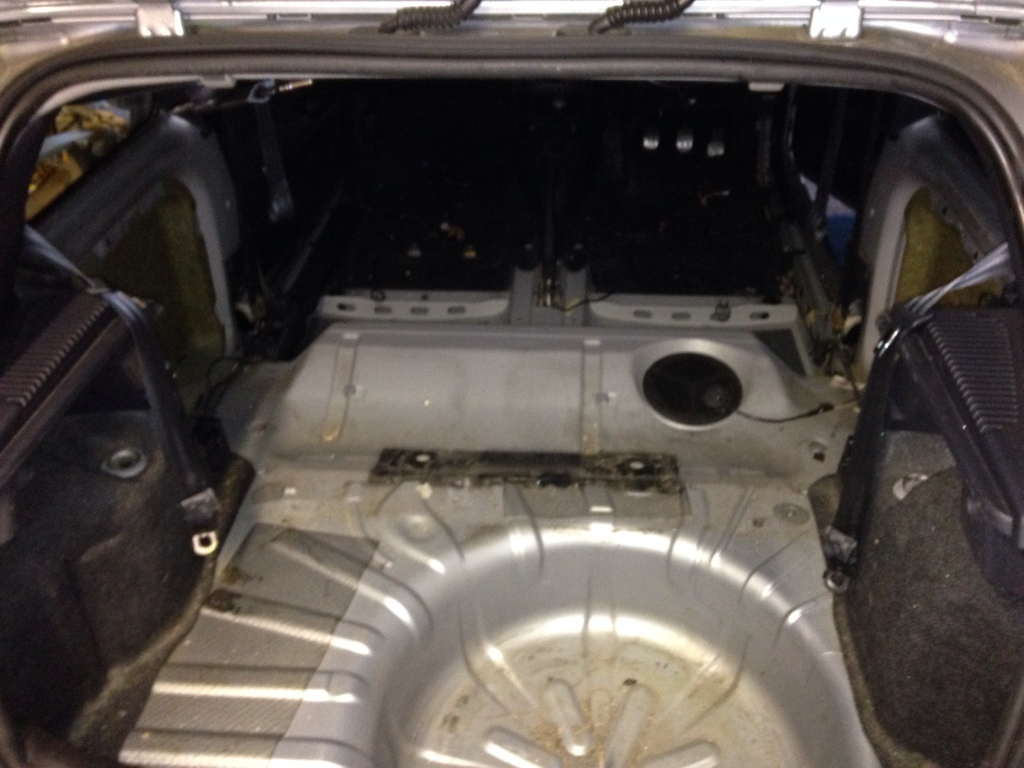 ClioSport Club Member
Trophy #455
Are you aiming for any particular date, John, or it'll be ready when it's ready?

Tim. said:
Are you aiming for any particular date, John, or it'll be ready when it's ready?
Click to expand...

I've not set anything in stone to be honest. It'll all depend in budget and what is found along the way.

I won't be able to spend in anger on it till after Christmas so if llandow goes ahead at the end of next year, that'd be a good target date.

Could probably do with someone knowledgable on these cars to come check it out. I was thinking of a get together to christen the car.
(Although due to the elf stickers on the mirrors, mum and bro have already named the car "buddy")

ClioSport Area Rep
Ford S-Max 2.2 175
Why oh why would renault glue their door cards in?! Rank... 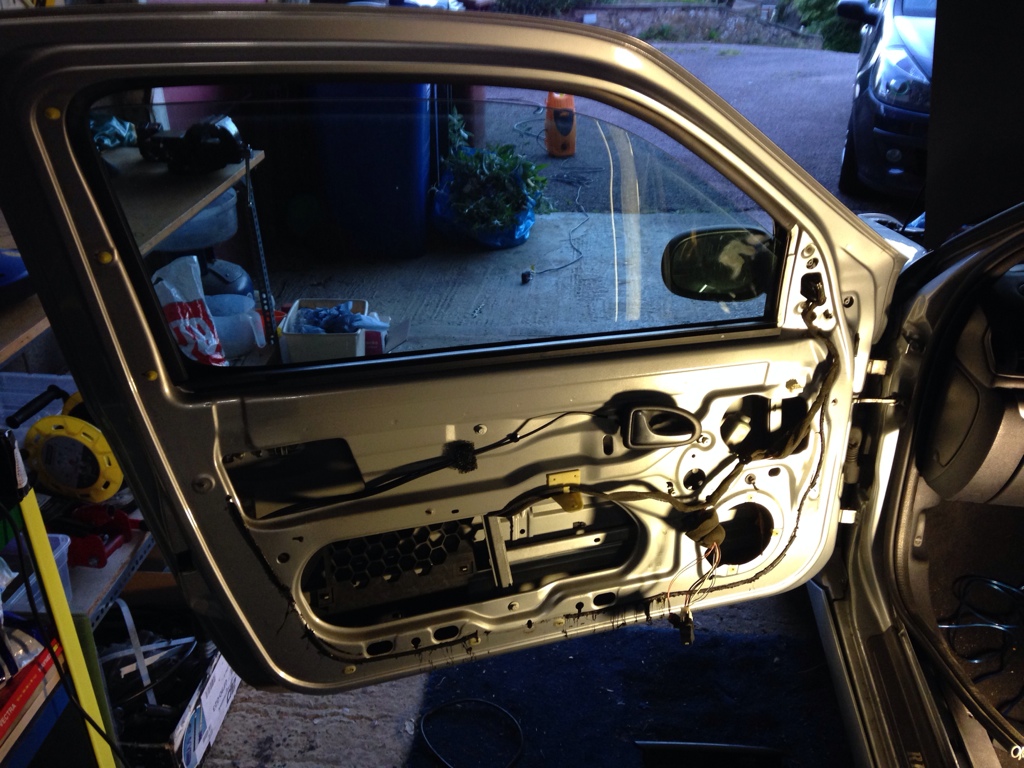 Many.
So they don't rattle!

Trust me, Newer Renaults/Dacia's are much worse!

AlexW said:
So they don't rattle!

Trust me, Newer Renaults/Dacia's are much worse!
Click to expand...

Mine don't rattle on my mk3!

ClioSport Area Rep
Ford S-Max 2.2 175
Bit more work tonight getting the last of the carpet out.
Discovered that my passenger footwell is soaked. Taken it all out along with the foam. Will have to investigate under the scuttle panel and a/c drain.

Also found this 8" long piece of wire sticking out the floor. It goes right through the floor pan. 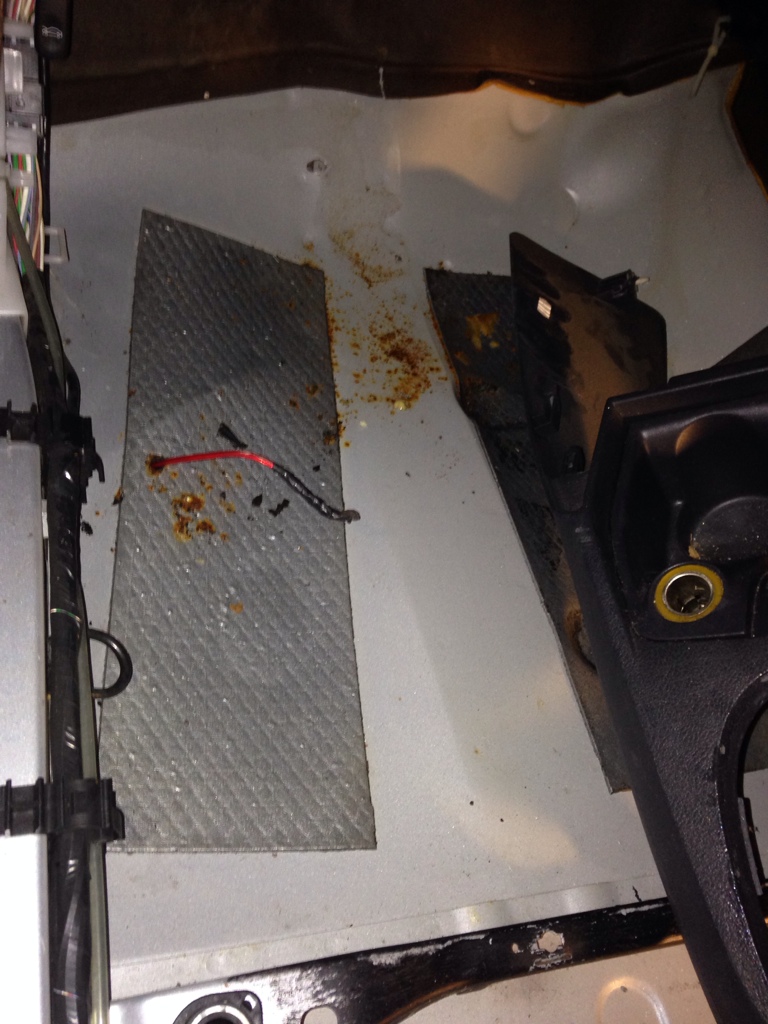 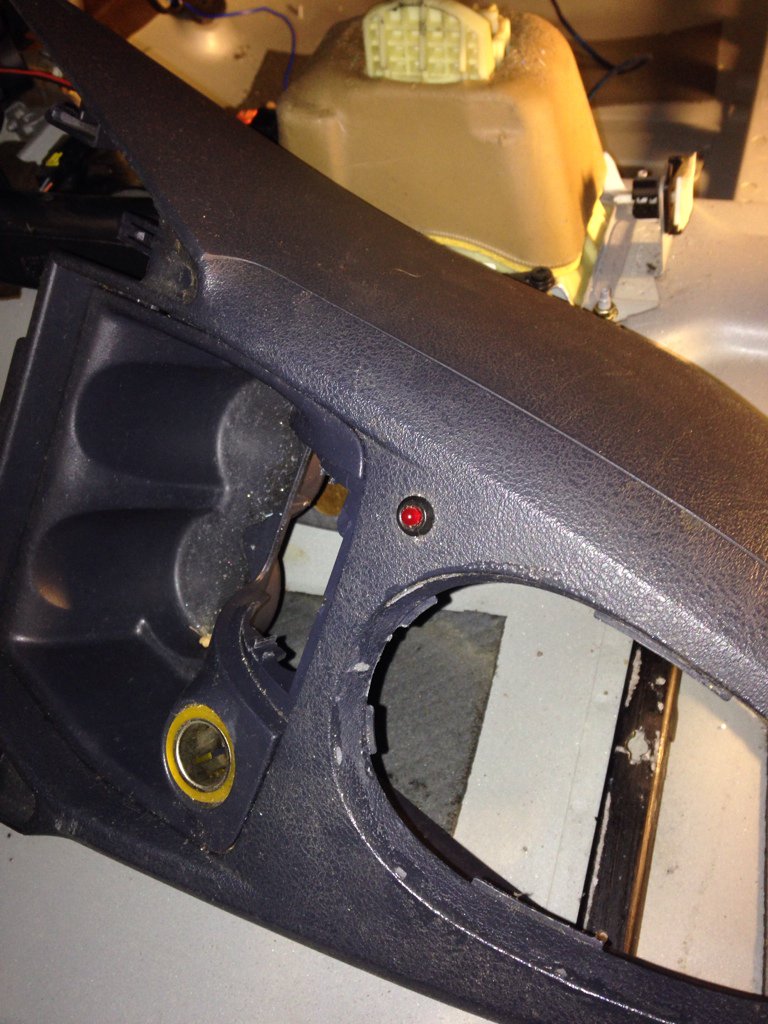 ClioSport Club Member
172, E46 320D
That red LED is in all of them, it flashes when the car's locked,
because there's nothing like a tiny blinking light to sh*t the car thieves up.

DaveDreads said:
That red LED is in all of them, it flashes when the car's locked,
because there's nothing like a tiny blinking light to sh*t the car thieves up.
Click to expand...

Really? It look really shoddily put in too! I suppose it is a Renault though...
Tony Hunter - too late! I took it out, got scared and put it back again!

Caddy van and MCS
What a bargain! Good luck with project. Hopefully see you and the car at Llandow some time.

LiquidYellDan said:
What a bargain! Good luck with project. Hopefully see you and the car at Llandow some time.
Click to expand...

Cheers dan. It'll need a bit of work and a few goodies but it was proper cheap!

Many.
Alarm is Dock fitted, all the proper UK vehicles got them. Never fitted well tbh.

ClioSport Area Rep
Megane R26
That Red cable is probably for an AMP mate. Why anybody would run it under the car is beyond me though.

Christopher. said:
That Red cable is probably for an AMP mate. Why anybody would run it under the car is beyond me though.
Click to expand...

Yeah, I guessed it might be. There's some extra speaker cabling that had been run from front to back too.

Yesterday I spotted a small patch of oil on the garage floor too, and it appears to be coming from gearbox. It's all coming apart anyway at some point.

ClioSport Club Member
172, E46 320D
Selector shaft seal, mine does it too,
i've decided it's just easier to top it up every couple of months.

ClioSport Area Rep
Ford S-Max 2.2 175
So I've done barely anything on this car in about 2 months.
Sudden bills and lack of time mostly. However, come new year dosh should start rolling again. Anyways...

Started stripping the sound deadening this morning. Drivers side done. 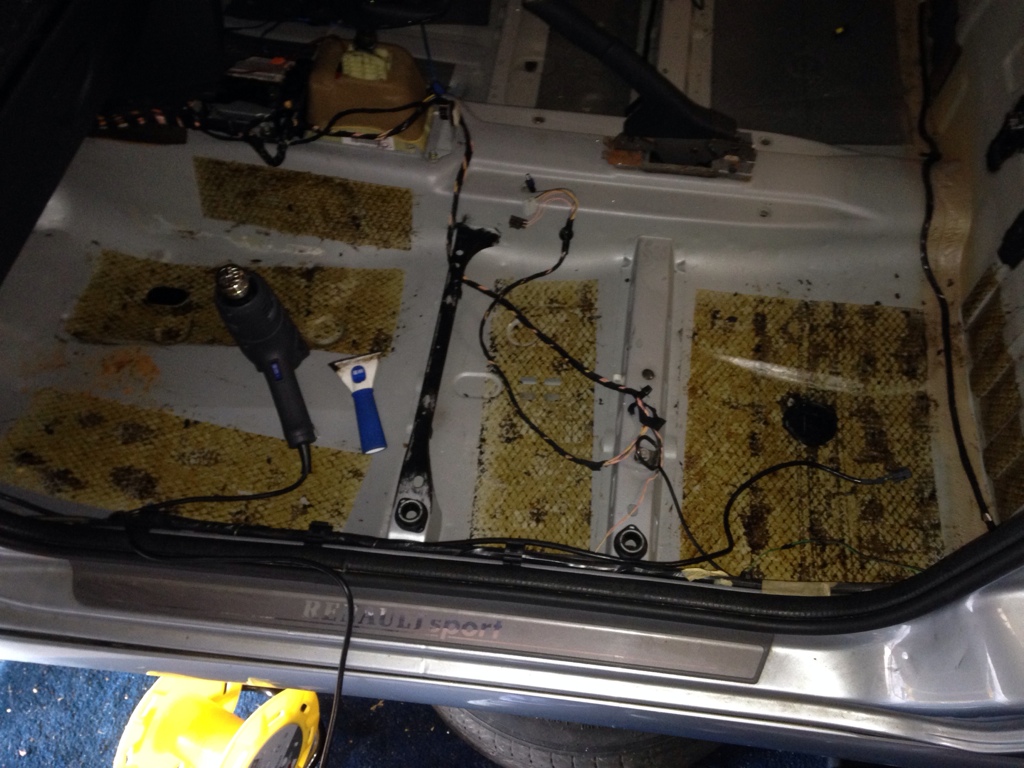 Battery is to be relocated, so that frees up space for a decent filter.
Anyone got recommendations on a silicone elbow to go from the throttle body? 45 degrees I assume and perhaps use a bit of stainless tubing to elongate it?

ClioSport Area Rep
Ford S-Max 2.2 175
Got a few bits too before the bill came in for the house! 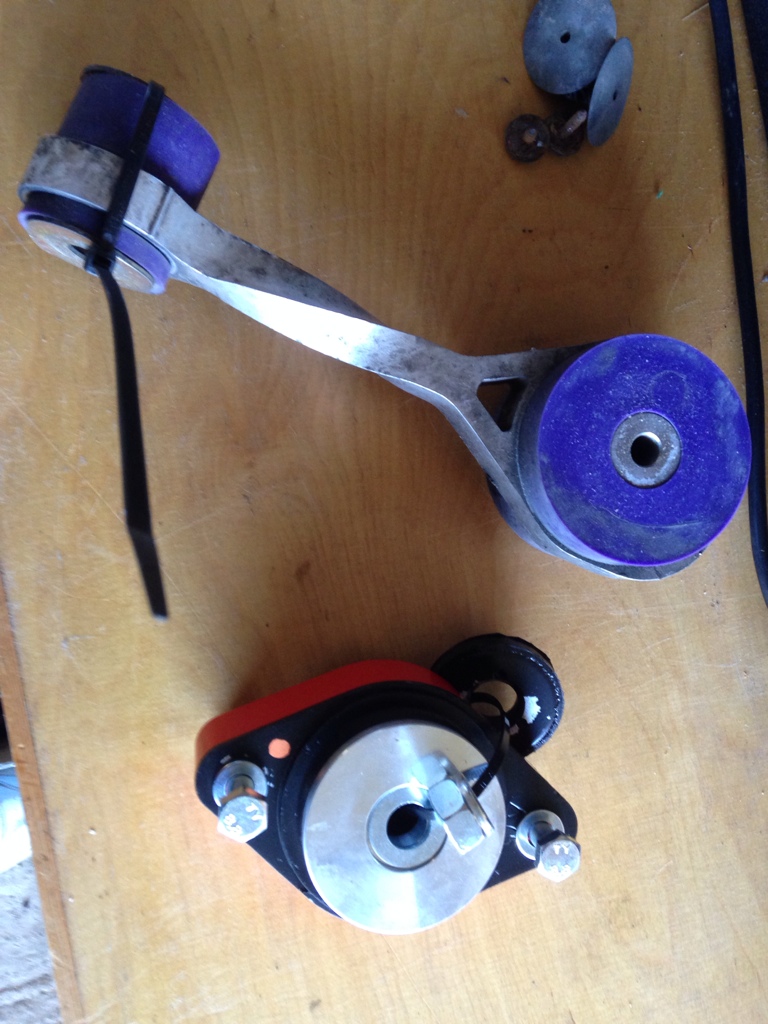 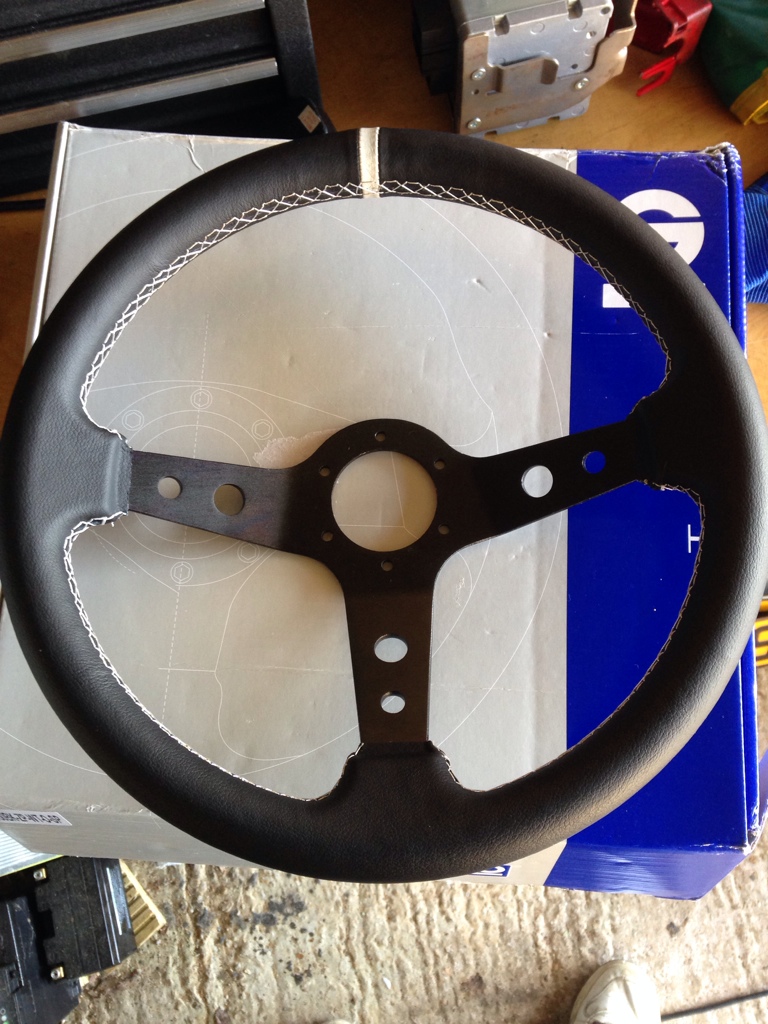 Many.
This needs cracking on with! If I was local, this would be stripped by now.

AlexW said:
This needs cracking on with! If I was local, this would be stripped by now.
Click to expand...

Is this a standard mount? 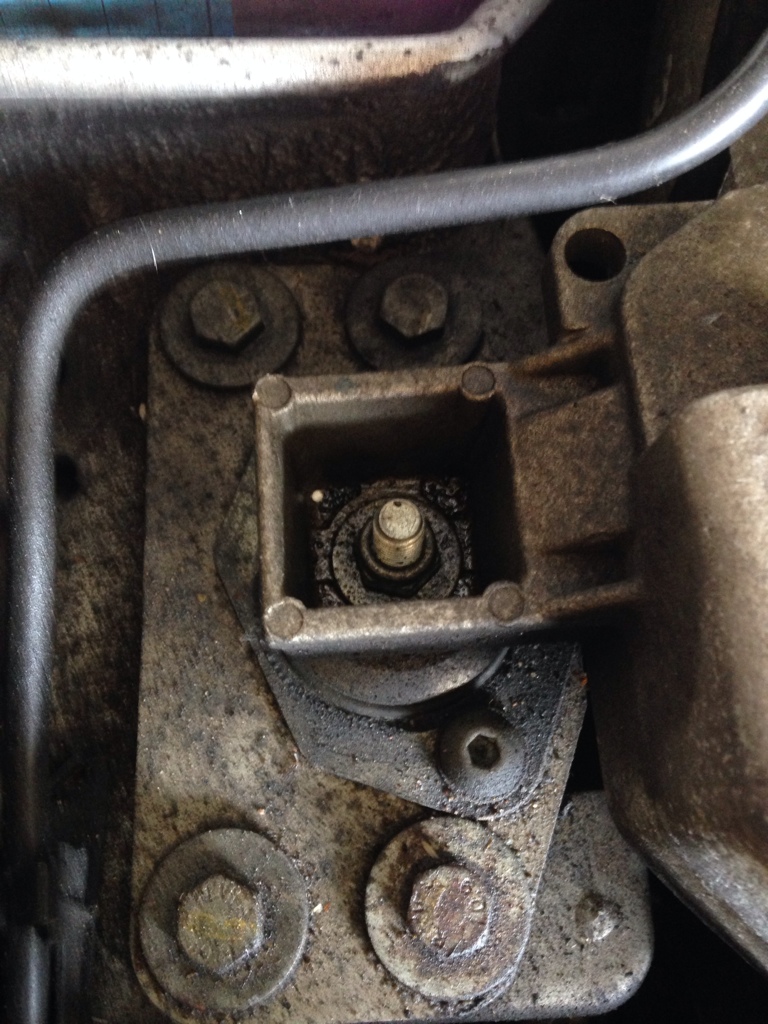